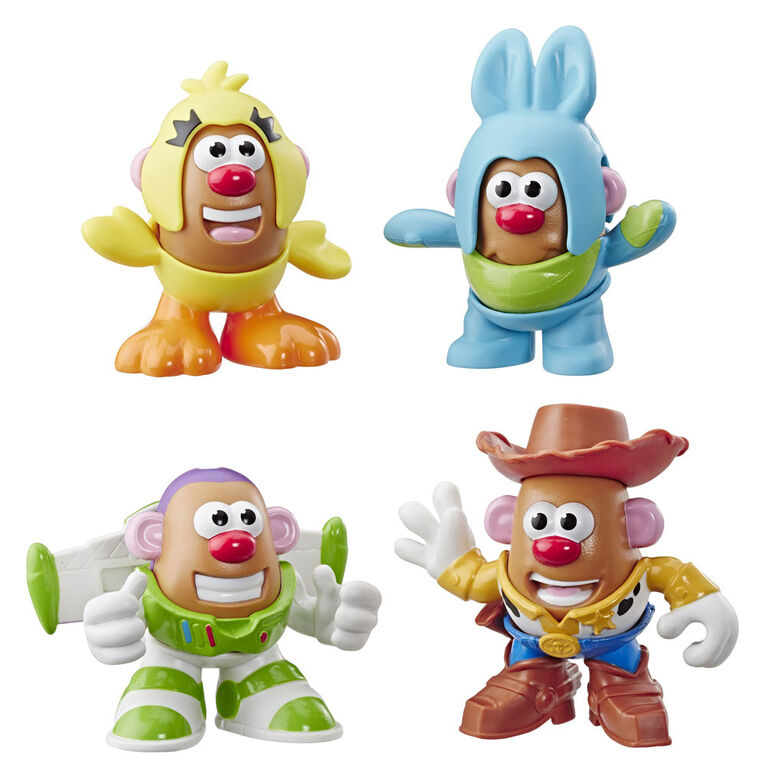 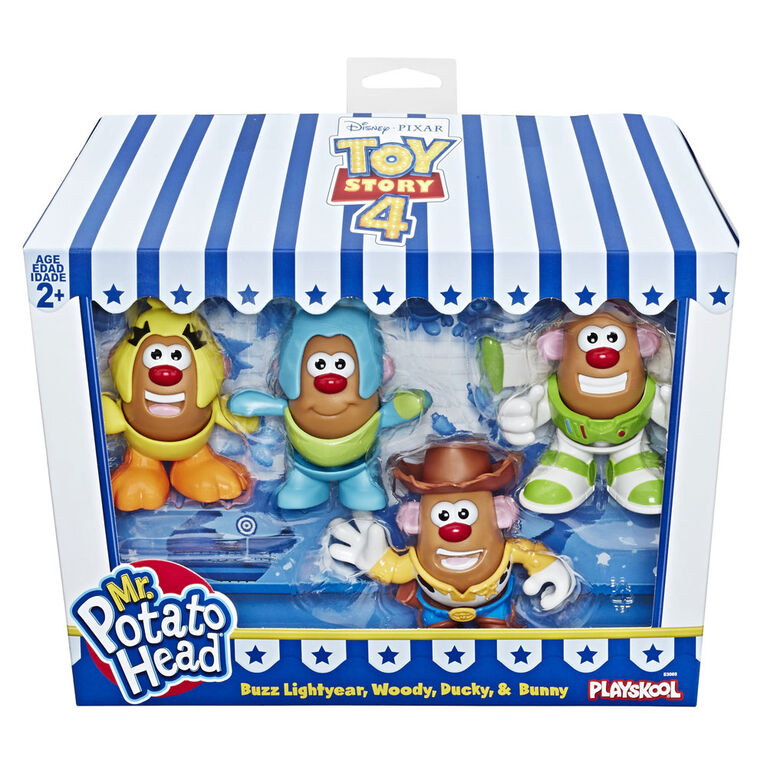 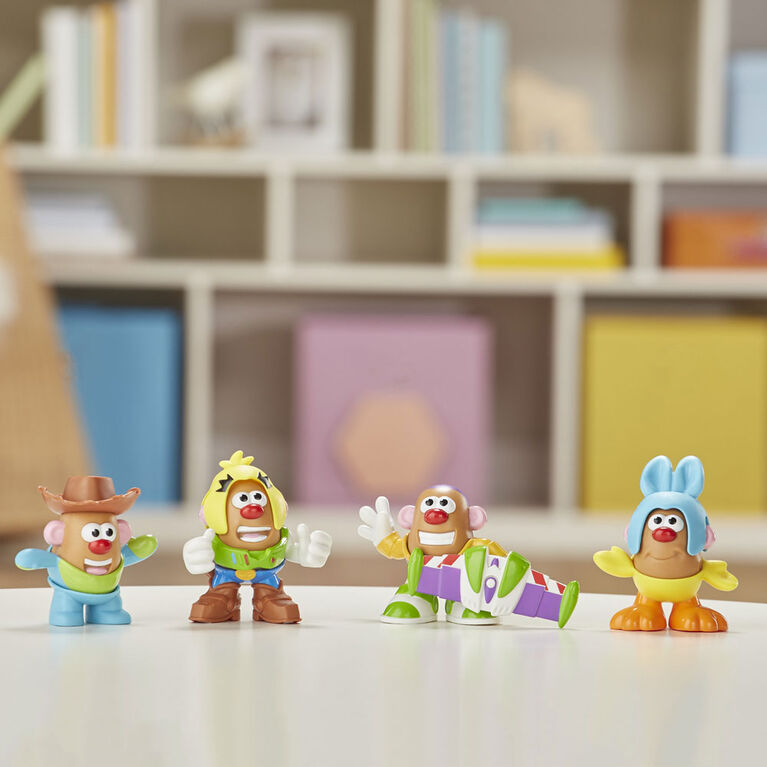 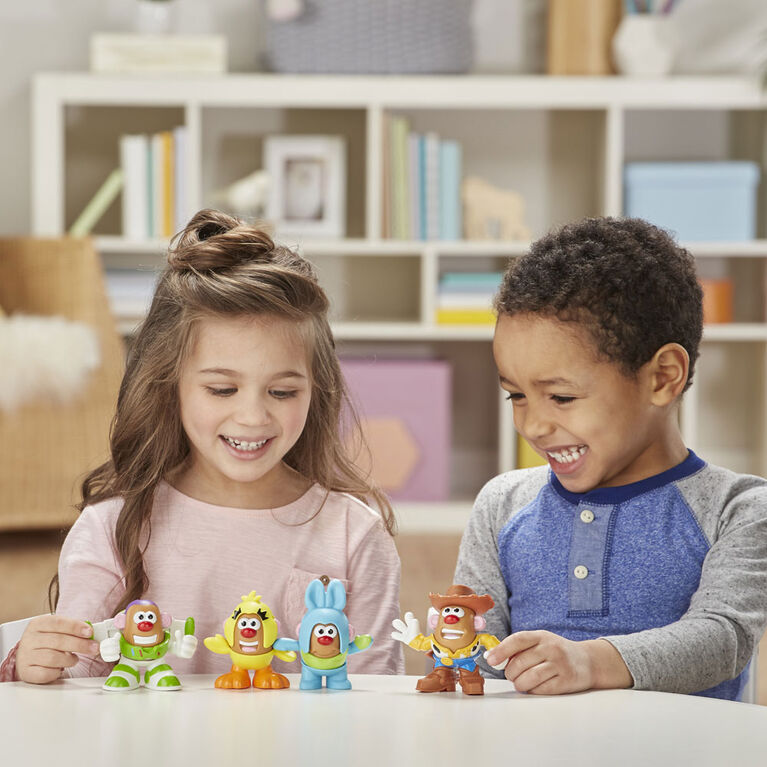 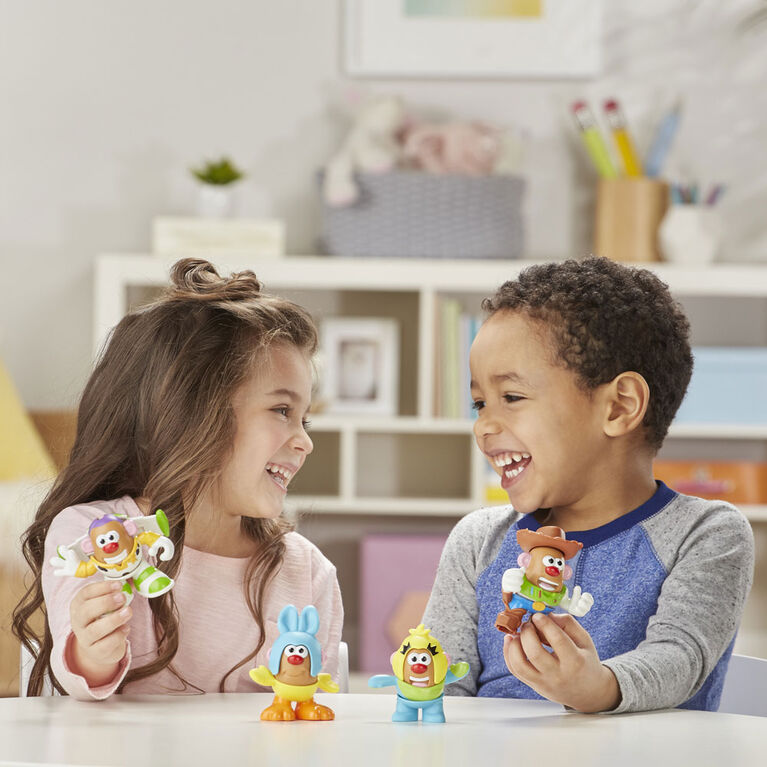 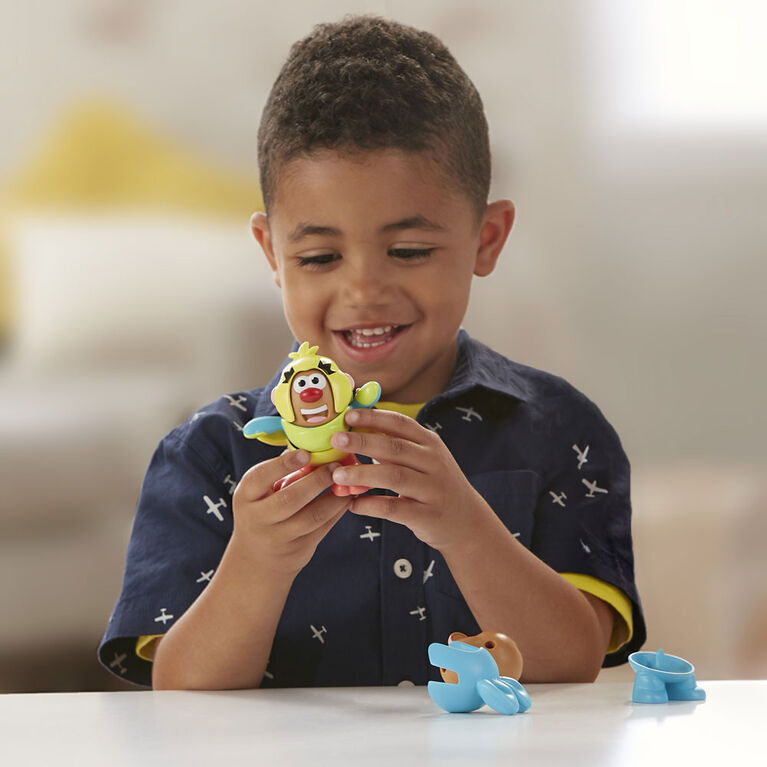 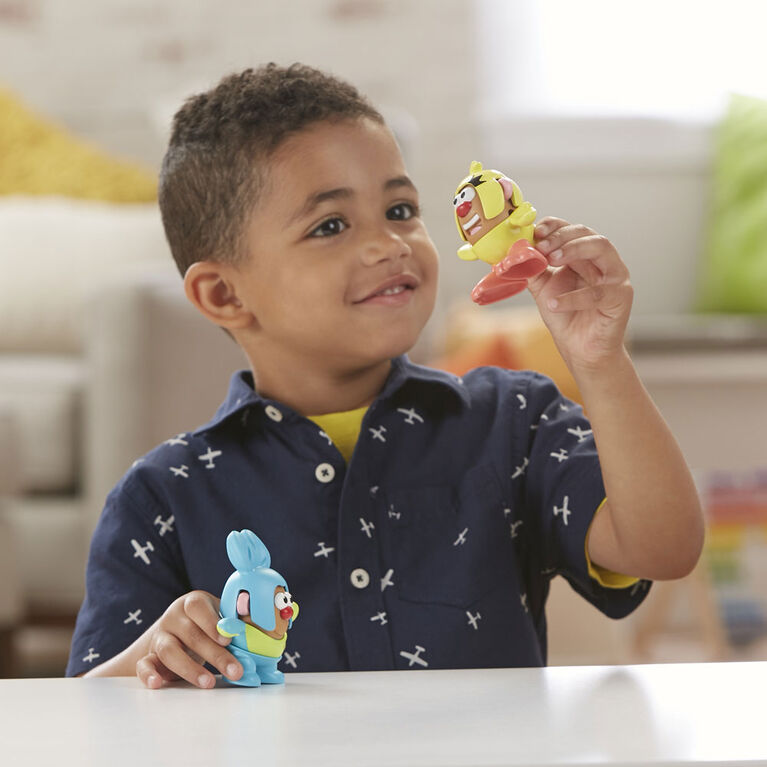 This Mr. Potato Head mini figure assortment is inspired by the beloved characters from the Disney/Pixar Toy Story 4 movie

Kids ages 2 and up can mix and mash the accessories to style Mr. Potato Head as Buzz Lightyear, Woody, Ducky, and Bunny from Toy Story
Kids will love creating Disney/Pixar's Toy Story figures or other wacky characters. When mixing and mashing the parts and pieces, there is no wrong way to play
Most parts are compatible with other Mr. Potato Head and Mrs. Potato Head toys. (Each sold separately.)

Kids can create their own Mr. Potato Head as Buzz, Woody, Ducky, and Bunny characters, inspired by the Disney/Pixar Toy Story 4 movie! It's so much fun for them to also mix and mash the parts and pieces to create their own wacky characters. A great way for kids to let their imaginations roam as they imagine their favorite scenes from the Toy Story movies, and discover endless creative possibilities! The Mr. Potato Head mini tater 4-pack set includes 4 potato bodies, 4 bases, and 8 accessories, all sized right for little hands. Most parts are compatible with other Mr. Potato Head and Mrs. Potato Head toys (each sold separately).