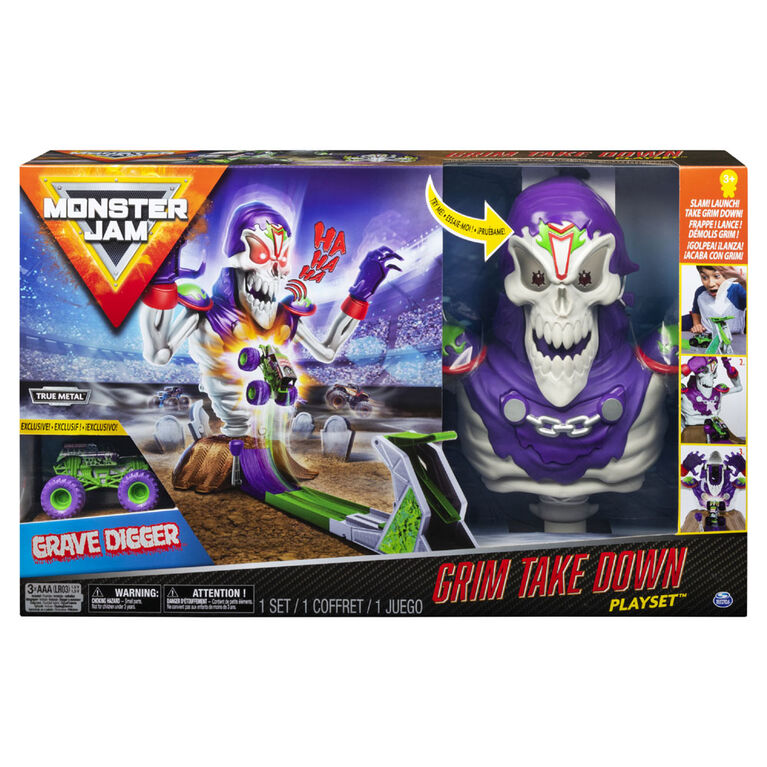 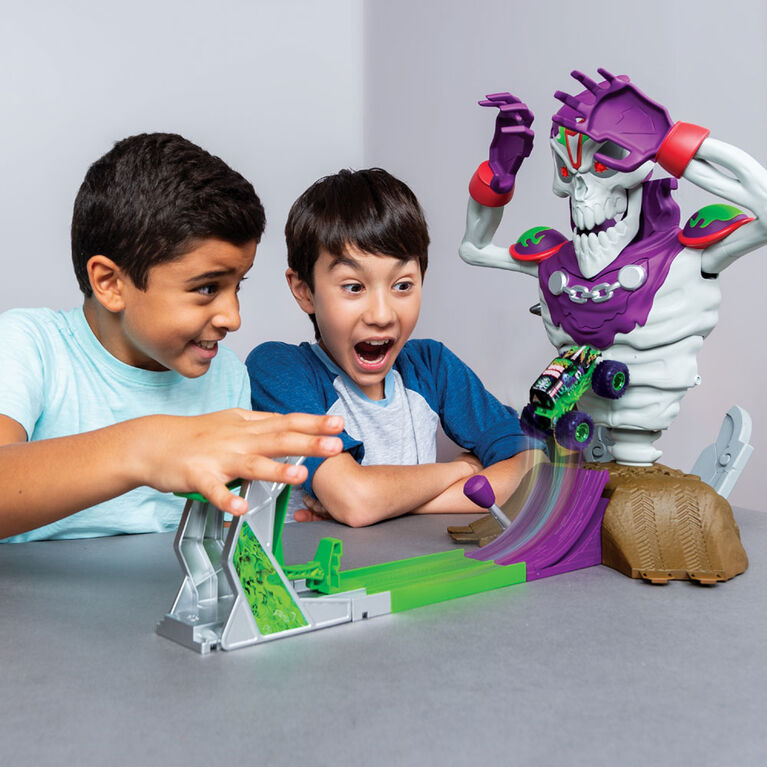 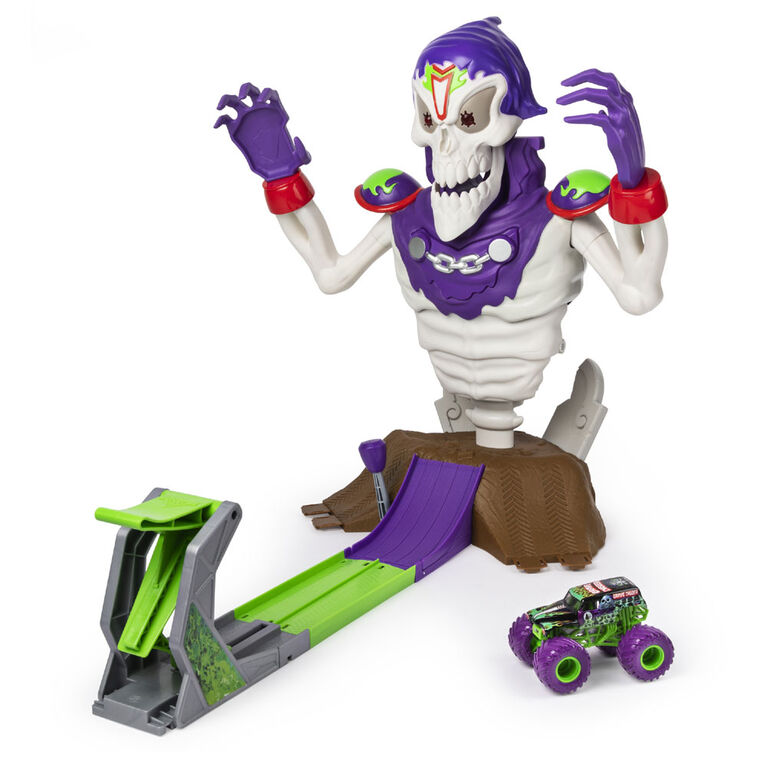 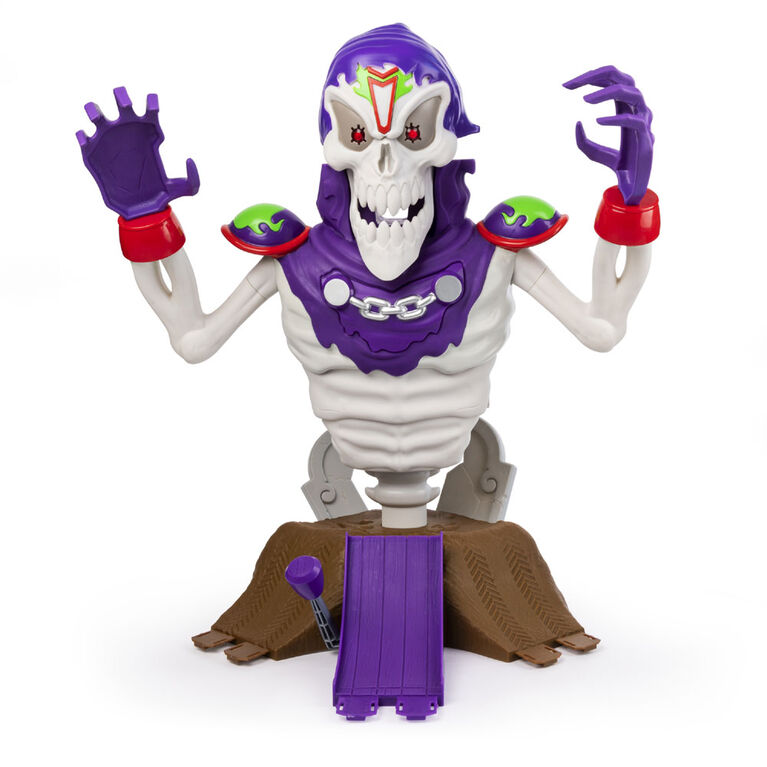 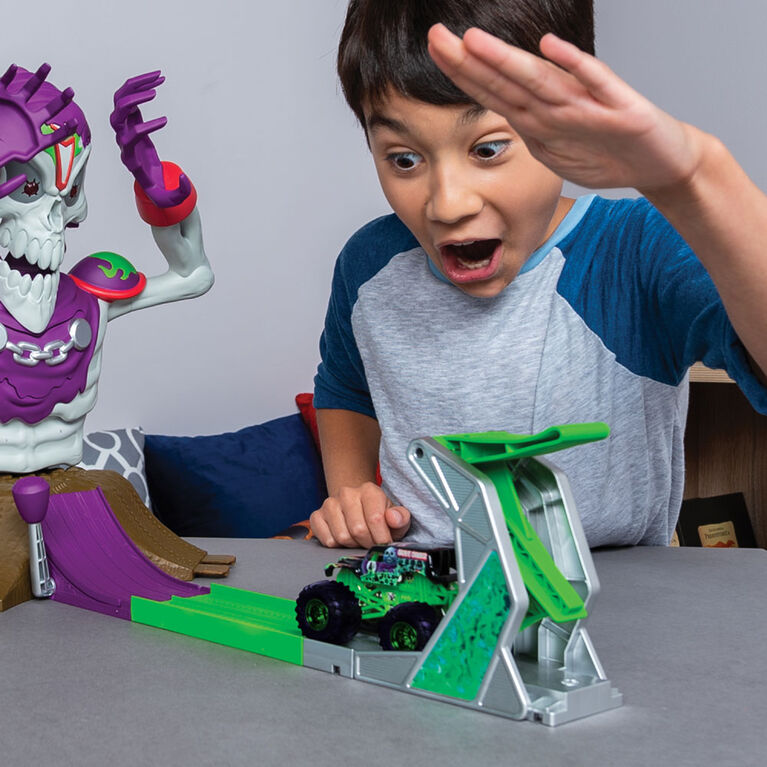 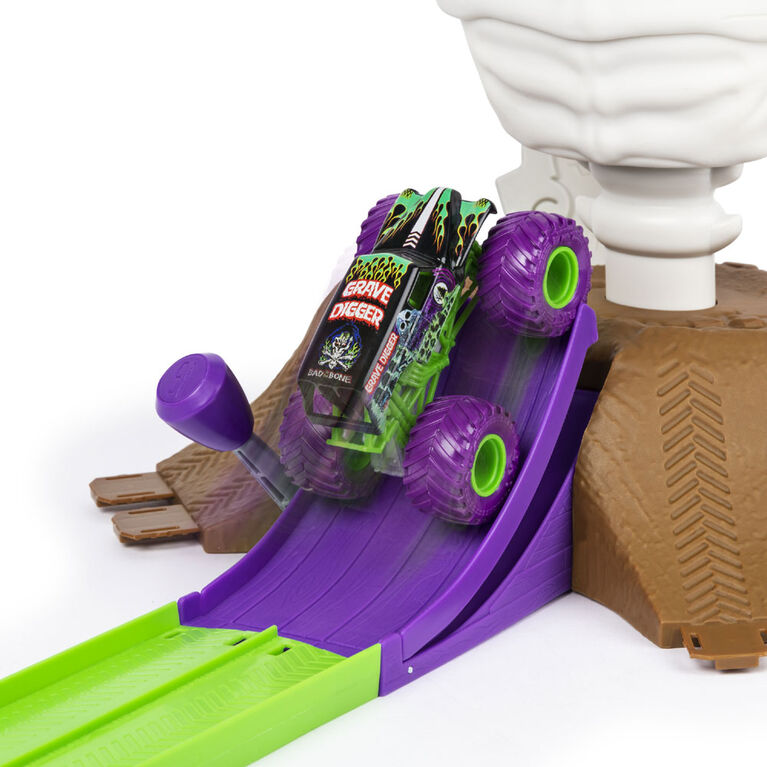 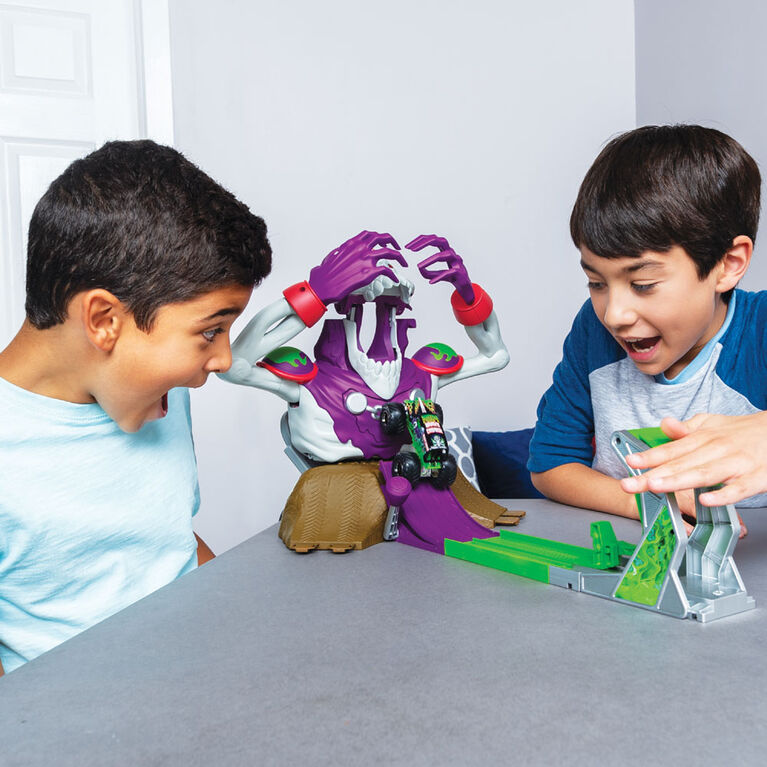 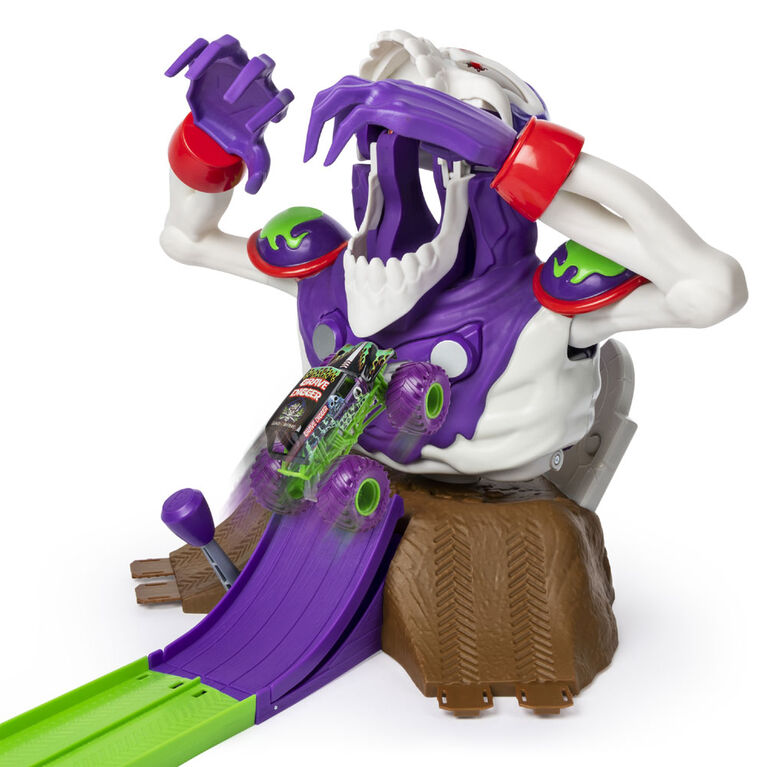 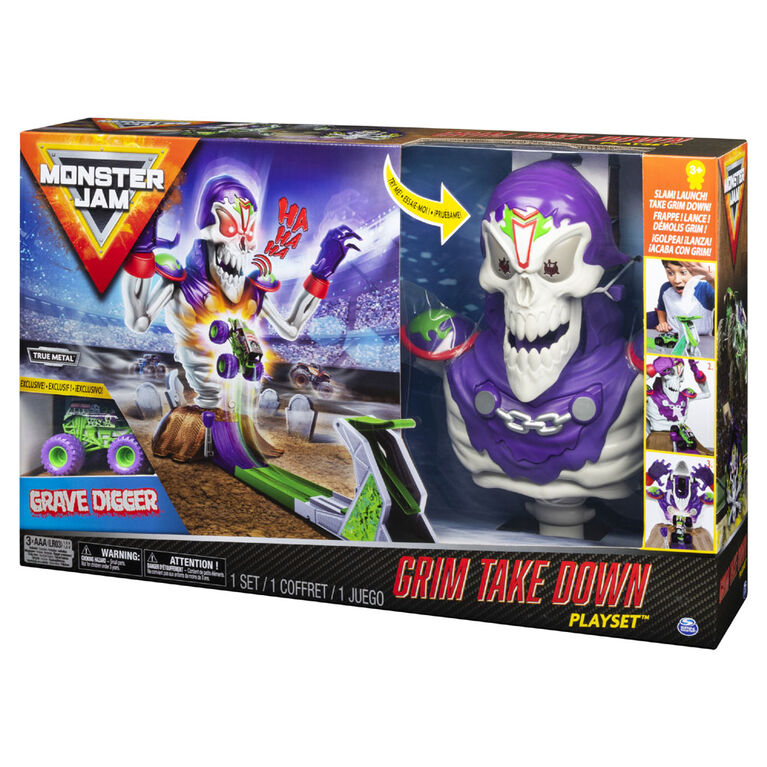 Pinch to zoom
Take Grim down if you can!! Introducing the Monster Jam Grim Takedown Playset with lights and sounds! This playset is the ultimate head-to-head battle between Grim and Grave Digger! Do you have what it takes to be crowned king? Place the exclusive Grave Digger 1:64 die-cast monster truck in the launcher, then send it barrelling down the track for a head-to-head battle! But to defeat this menacing monster, you'll have to hit him more than once! Launch Grave Digger down the track 3 times directly at Grim Reaper's chest. Use the ramp lever to control your trajectory for crushing damage! Aim high or low, either way, it's sure to be a crushing blow! For the finale, launch Grave Digger directly at Grim's jaw to watch his head fly back for a fantastic finish after you've taken Grim down level by level! This epic playset delivers BIG fun with high-flying action, eerie sounds, and awesome lights! Plus, you can add additional tracks (sold separately) for an onslaught of Monster Jam action! With two additional ramp slots to bring into play, you can smash, bash, and crash into all Grim day!