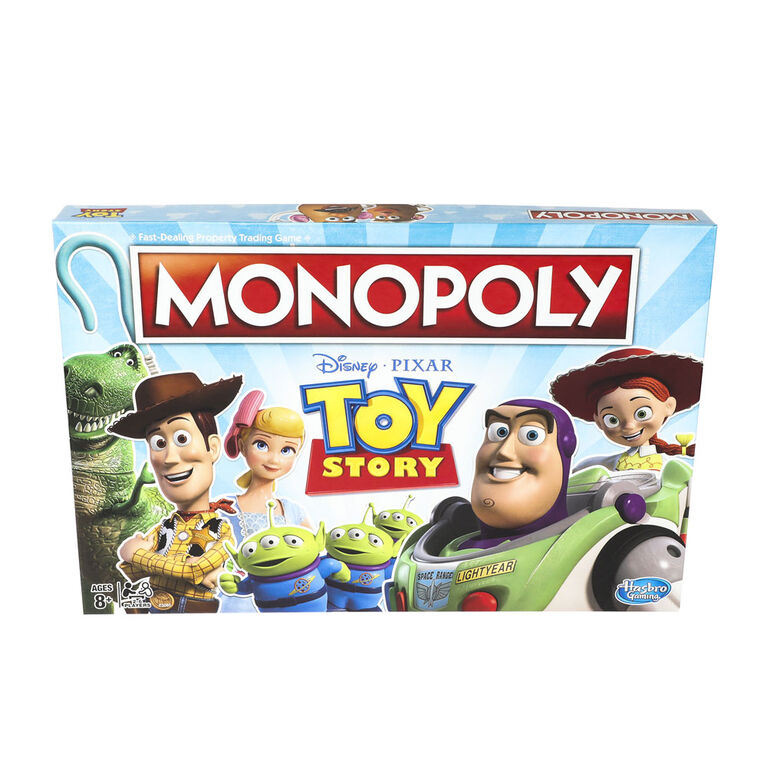 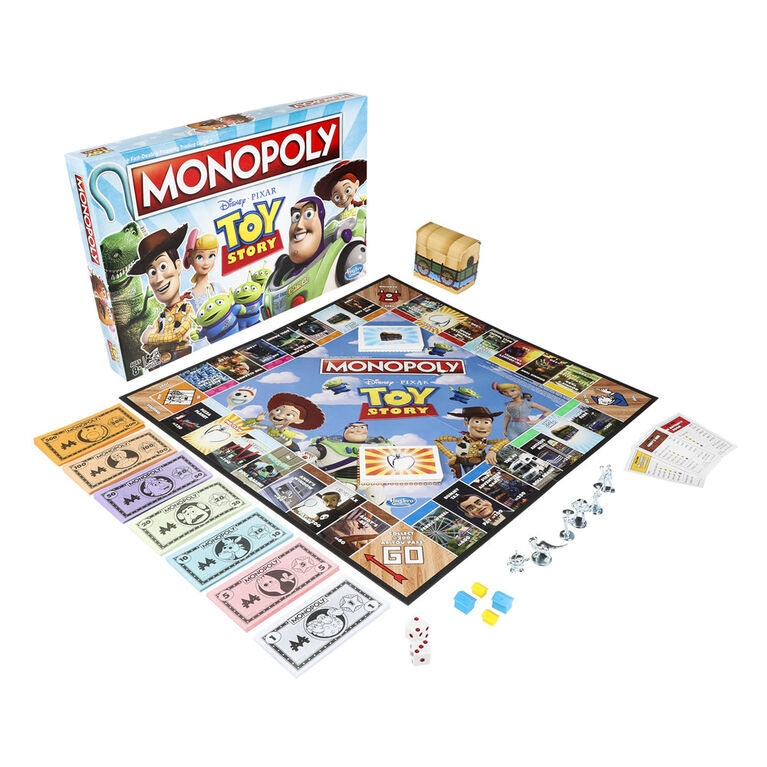 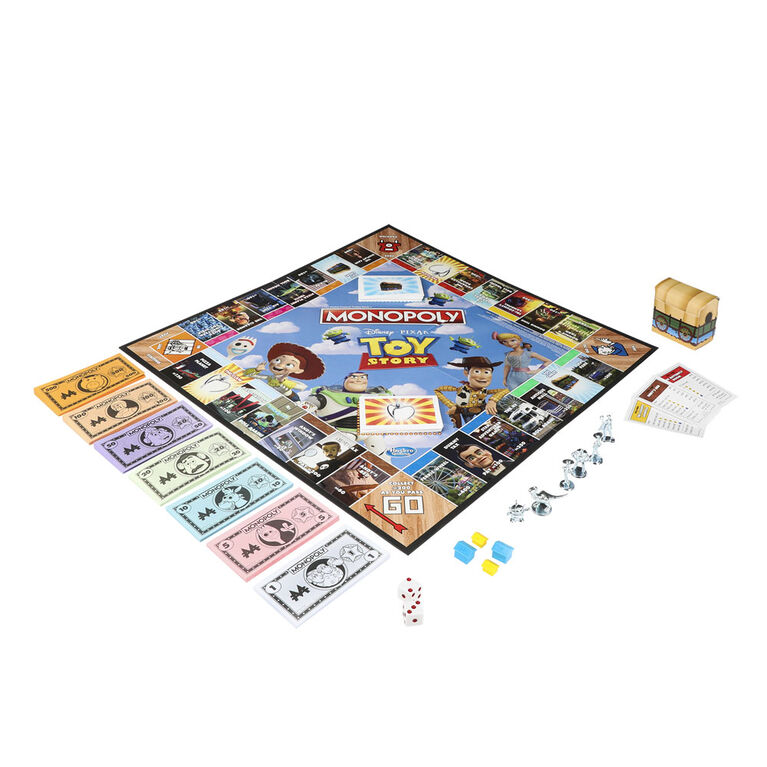 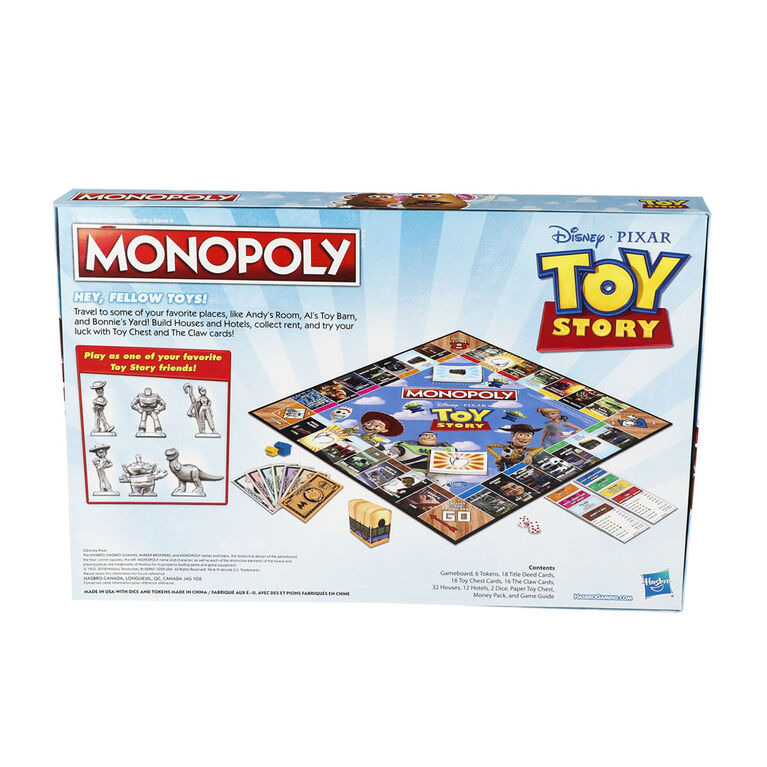 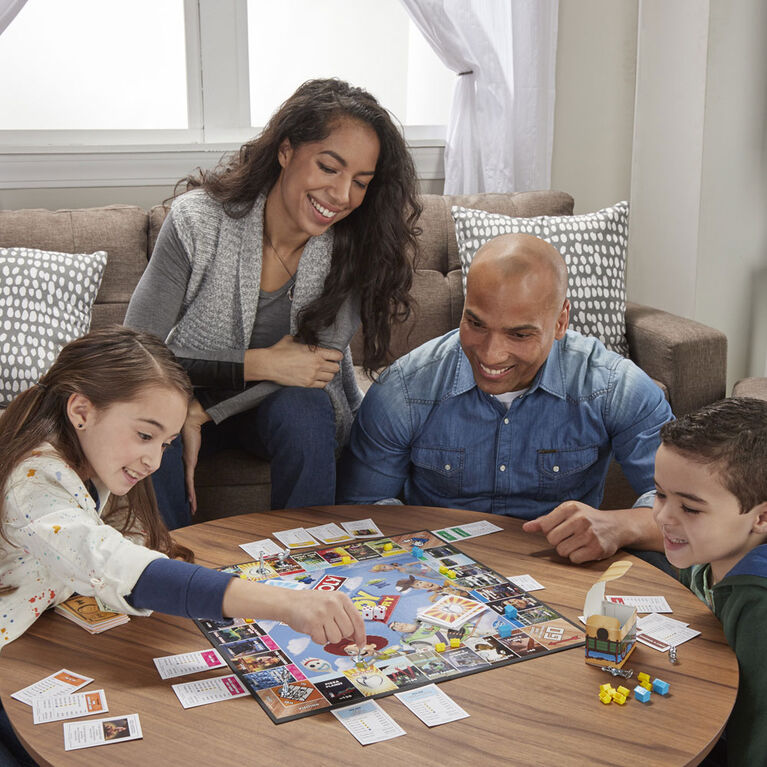 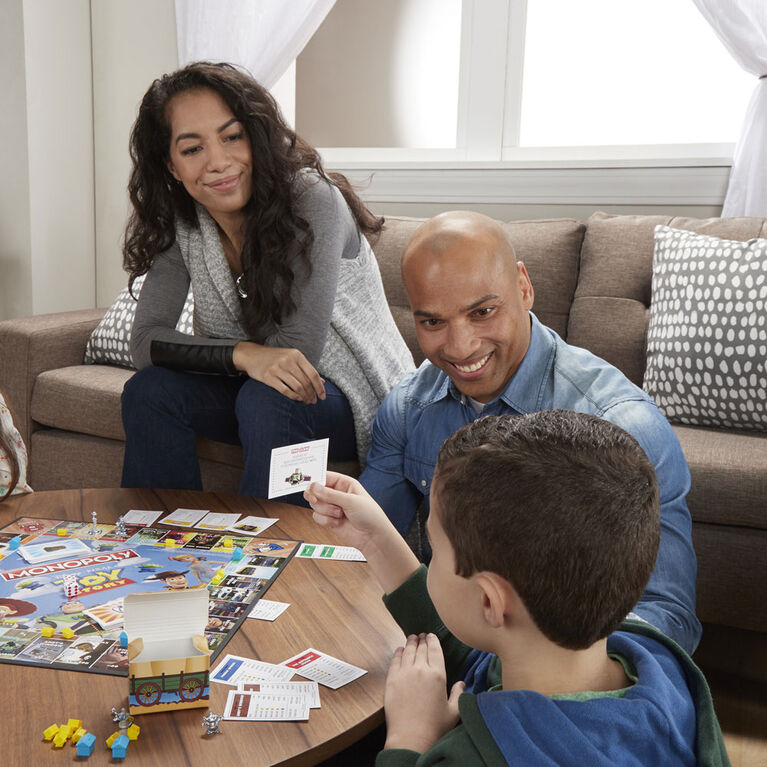 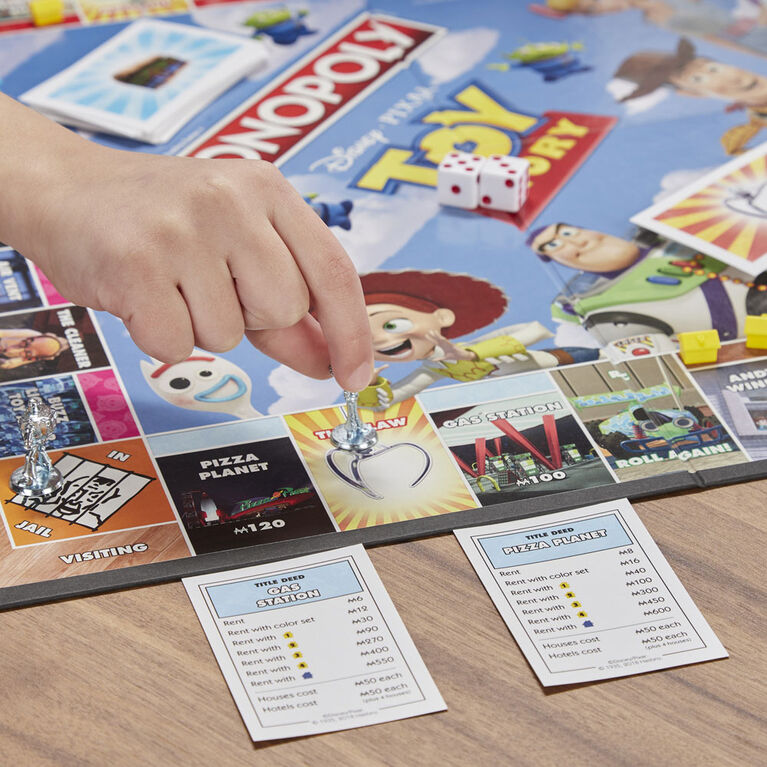 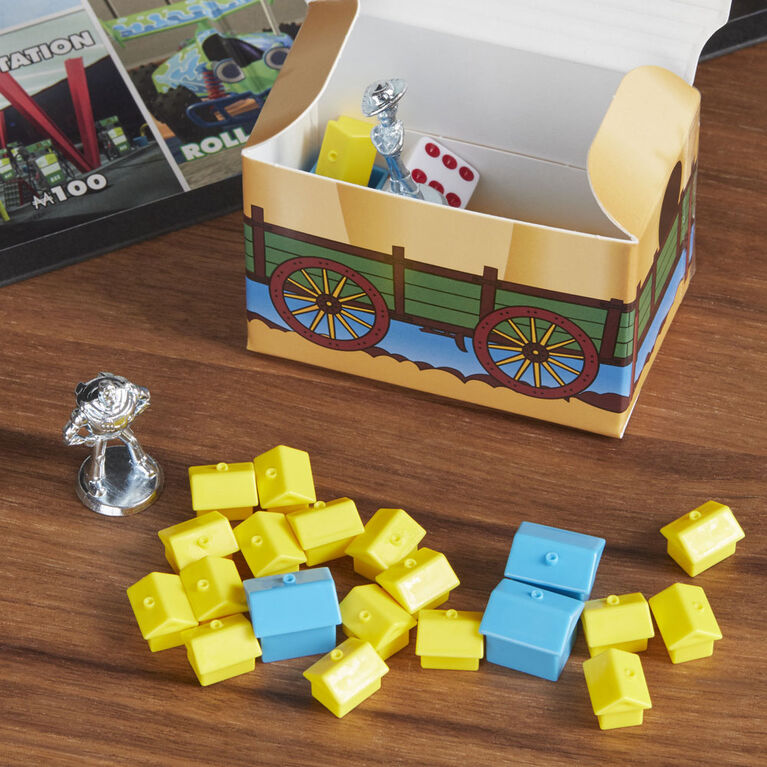 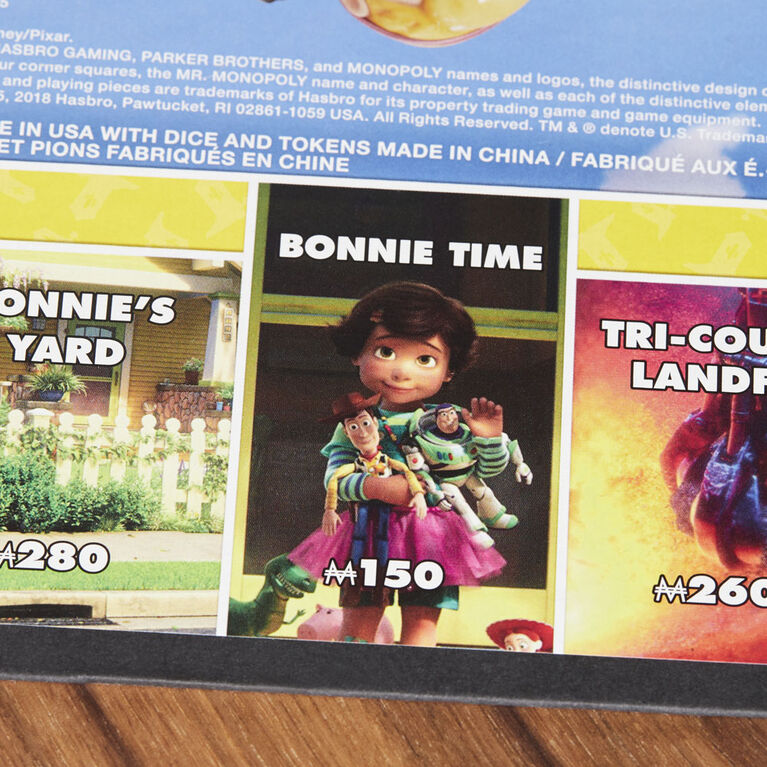 This family board game celebrates all four of the Toy Story movies with character tokens, Andy's Toy Chest Cards, and Birthday Cards

The fun and strategy of Monopoly meets the charm of the popular Toy Story movies! Players can choose to play as Woody, Buzz Lightyear, Bo Peep, Jessie, Alien, or Rex. As they journey around the gameboard they can visit some favorite places featured in the Toy Story films such as Andy's Room, Al's Toy Barn, and even the Claw Machine. Players can also try their luck with Andy's Toy Chest cards and Birthday cards (replacing Chance and Community Chest cards). Build houses and pay rent, aiming to be the player with the most money at the end of the game to win. Whether your kids are bored on a rainy day, or you're looking for a kids' birthday or holiday gift, or something fun for game night -- this Monopoly Toy Story game is a great choice.