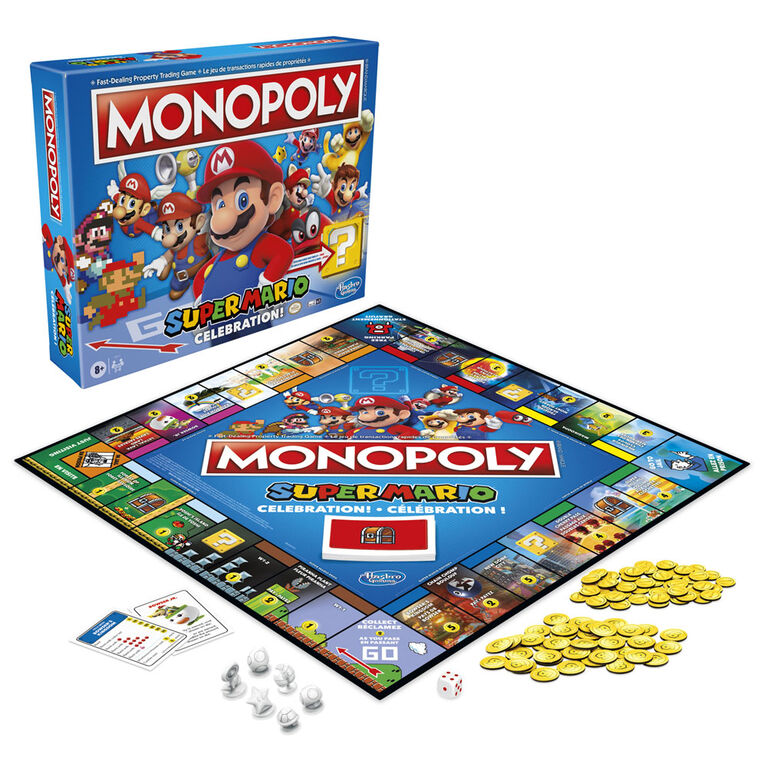 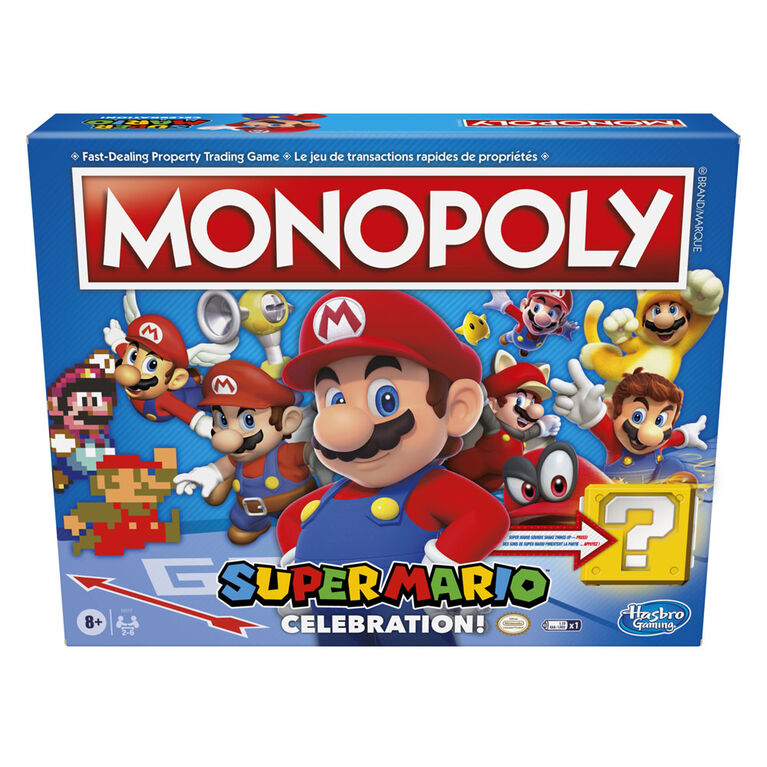 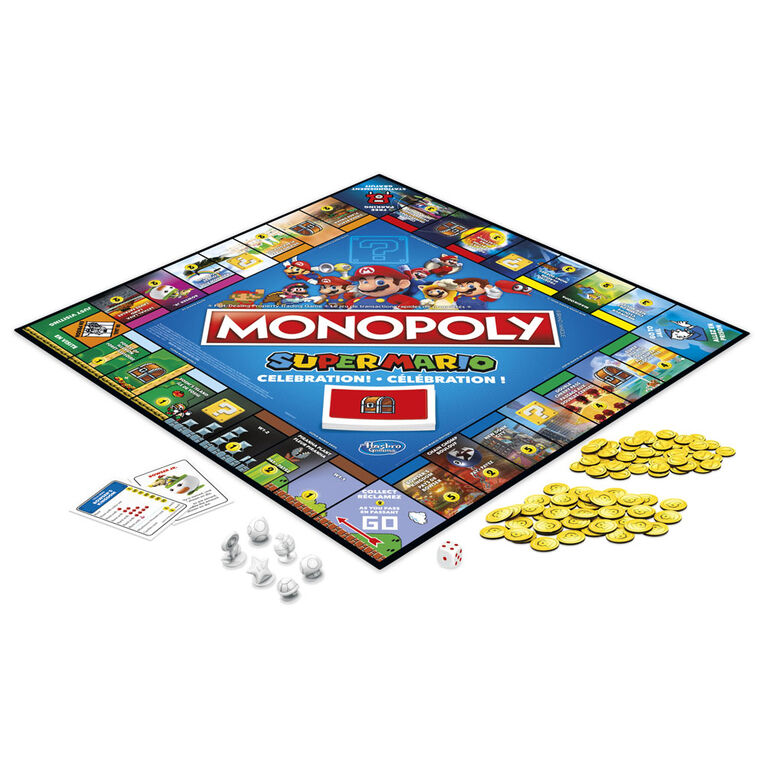 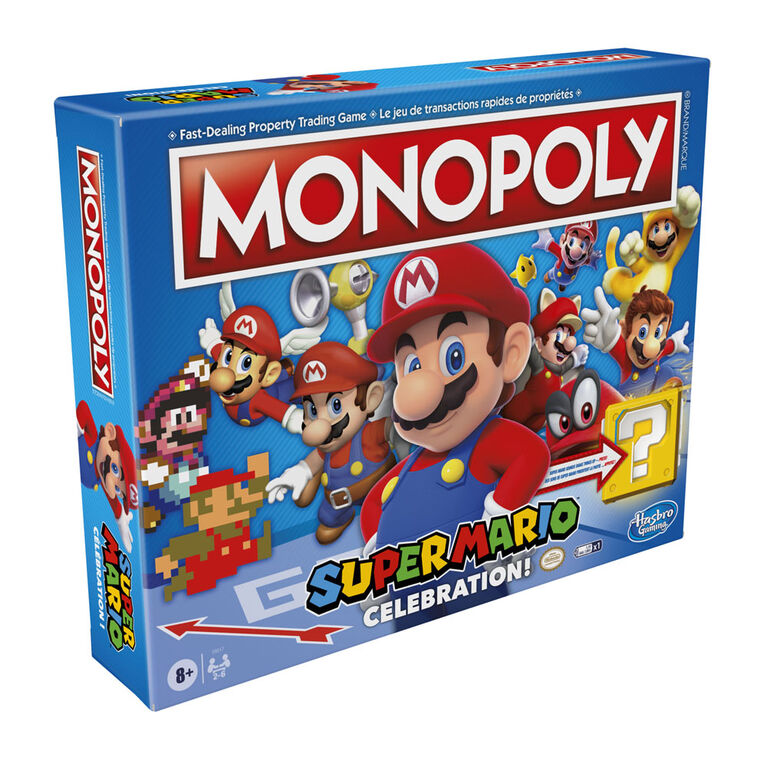 The Super Mario Celebration edition of the Monopoly game offers action-packed excitement along with nostalgia. Choose from 6 tokens designed with the Super Mario enthusiast in mind, and buy, sell, and trade locations from iconic Super Mario games. It features beloved characters and themes through the years, all the way back to 1985 and the first Super Mario Bros. video game. The Monopoly game features a Question Block with sound effects that can change a player's luck. Toad houses and Princess Peach's castles replace houses and hotels. The board game is a great gift for gamers and a birthday or holiday gift for Super Mario fans, ages 8 and up.

Trademark and Copyright 2020 Nintendo.
The Hasbro, Hasbro Gaming, Parker Brothers, and Monopoly names and logos, the distinctive design of the gameboard, the four corner squares, the Mr. Monopoly name and character, as well as each of the distinctive elements of the board and playing pieces are trademarks of Hasbro for its property trading game and game equipment.