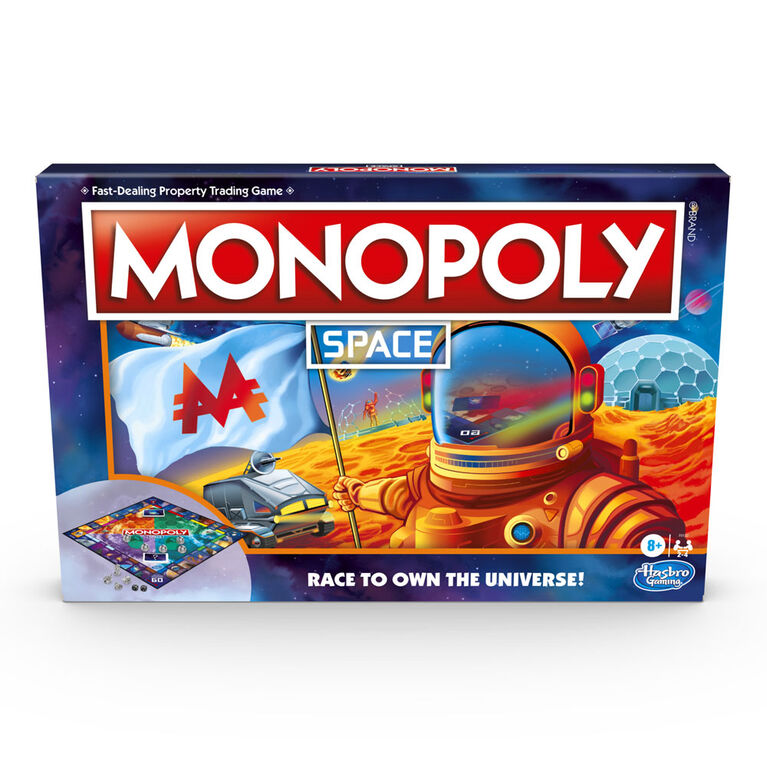 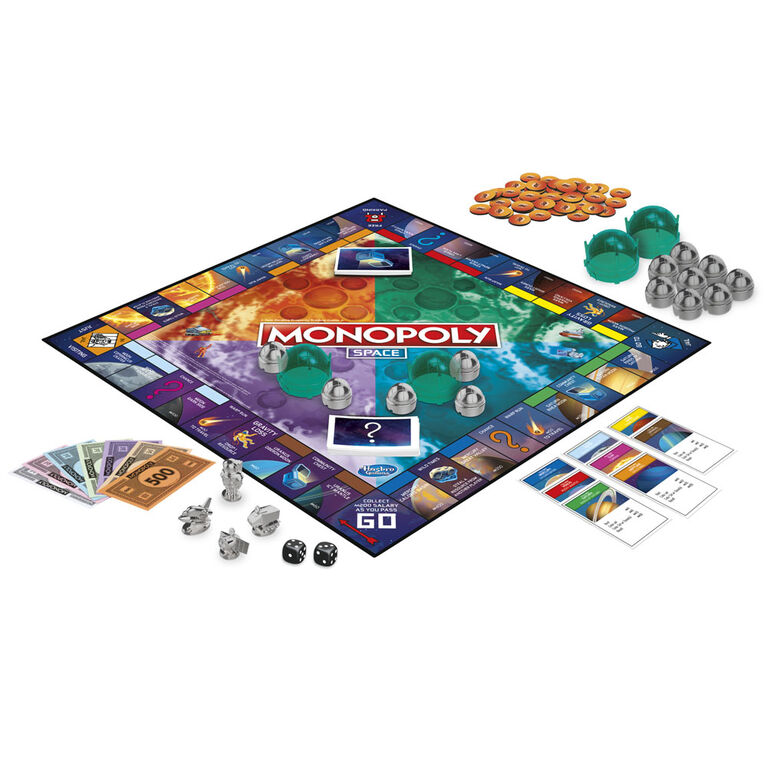 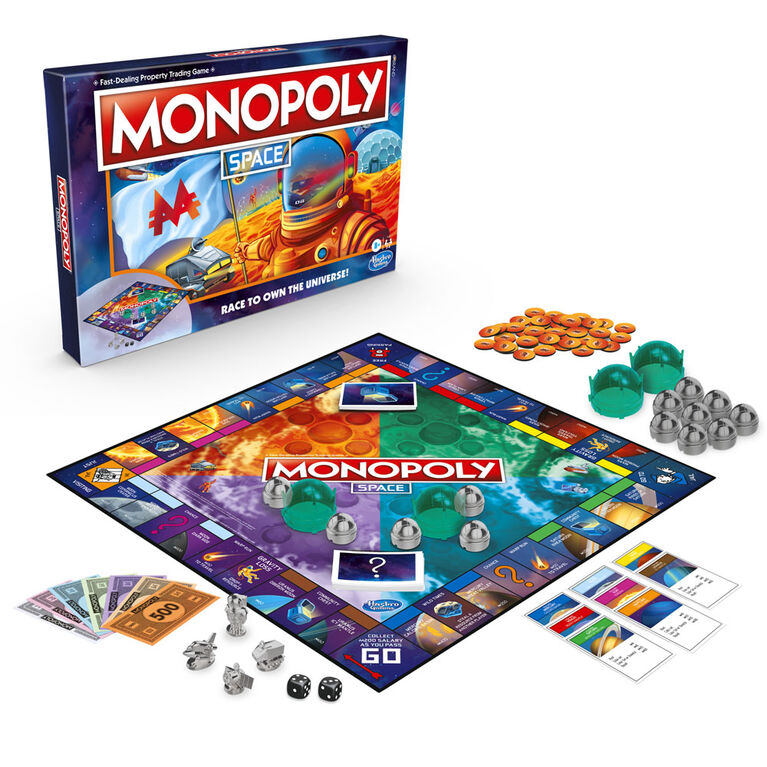 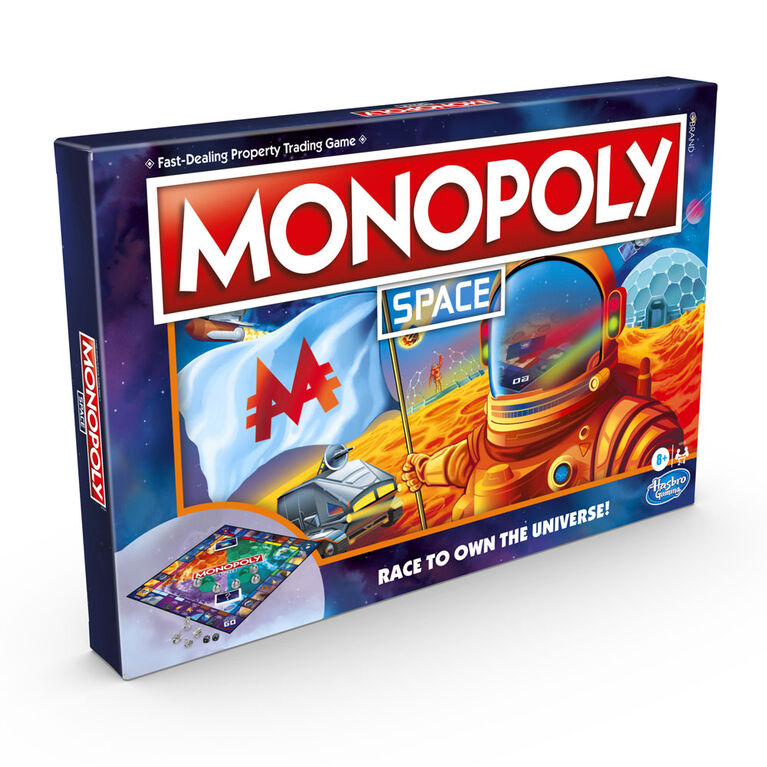 
Earth is so yesterday...it's time to conquer the galaxy! Imagine being in a race to own the universe in the Monopoly Space board game. Players travel around the gameboard buying and selling planets, mining resources, and setting up their colony. For a player to start creating a colony, they have to collect 3 resources and then "burn" them by returning them to the Bank in exchange for a dome. Collect all 5 domes to get closer to the win...but watch out! Landing on an Action space can set you back or move you forward in an instant. This space-themed game makes a fun birthday gift or holiday gift for kids ages 8 and up.