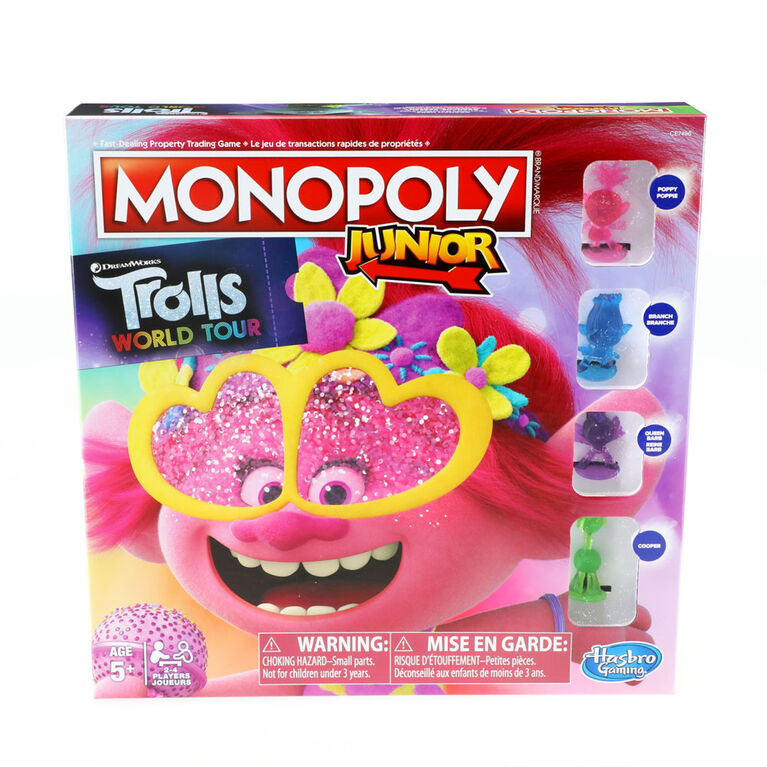 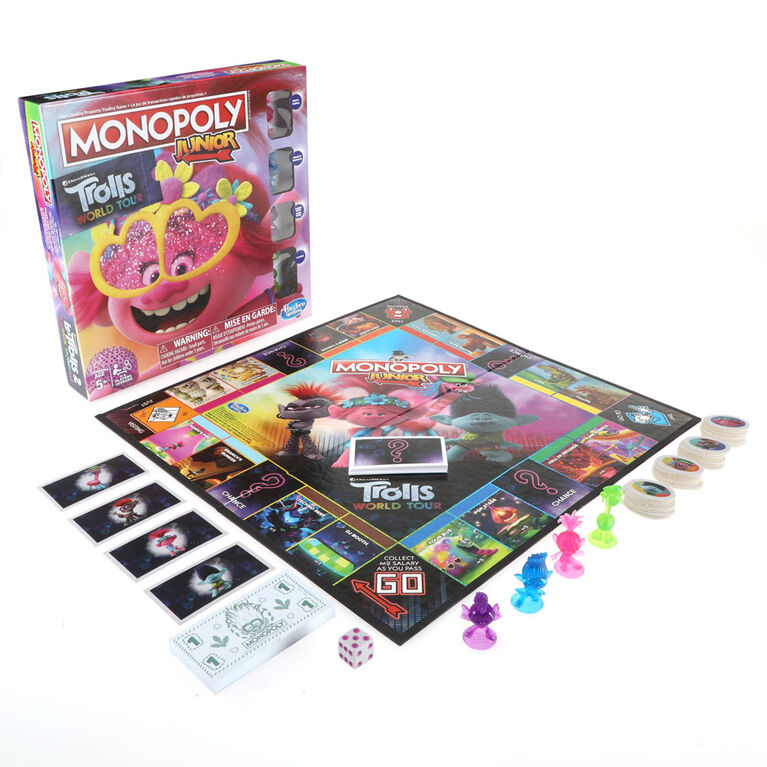 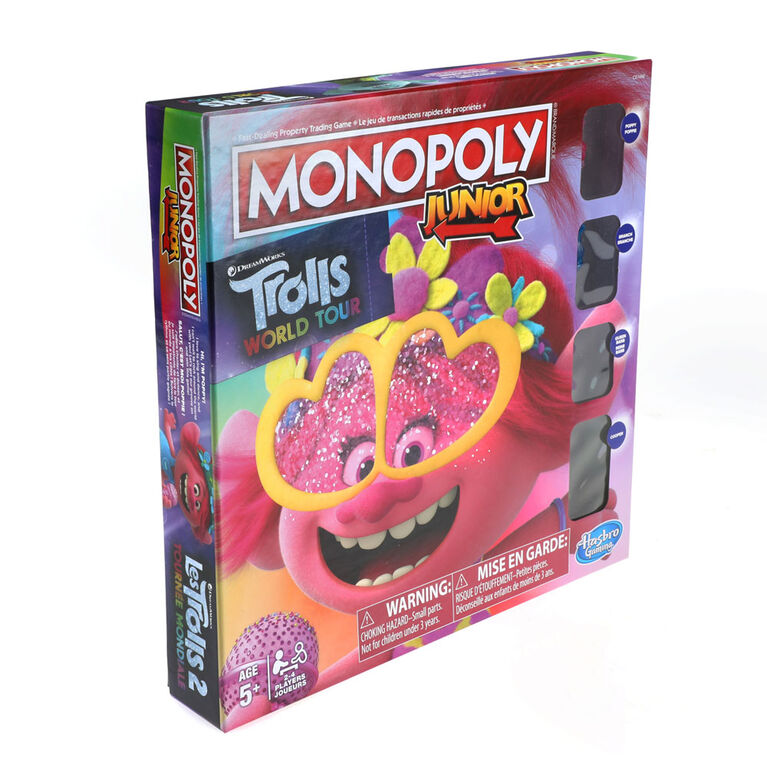 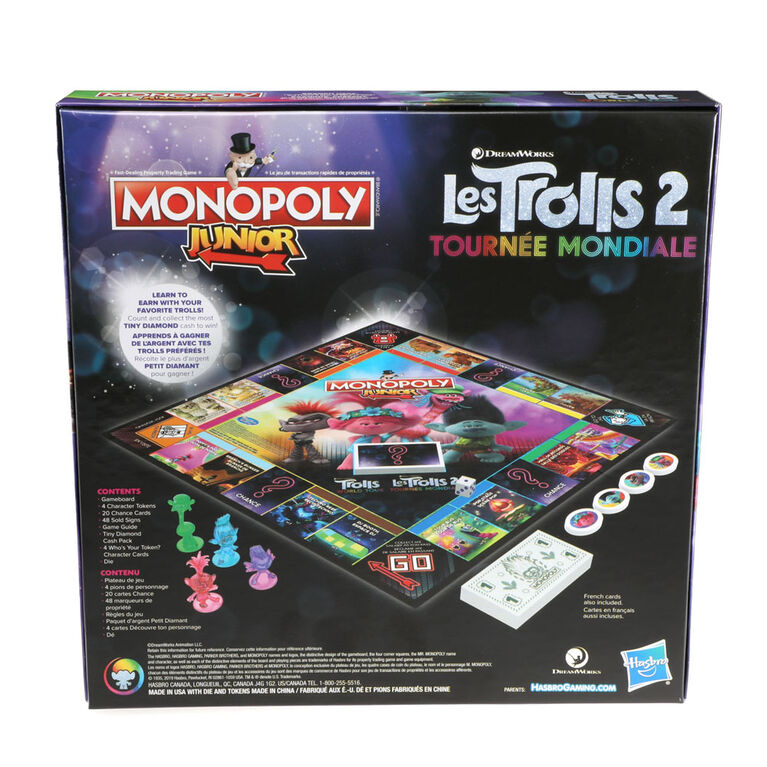 
Collect the most Tiny Diamond cash while taking an imaginary journey through the colorful DreamWorks Trolls World. In this Monopoly Junior: DreamWorks Trolls World Tour edition board game, players move their character token around the board buying and selling locations inspired by the Trolls World Tour movie. It's so much fun for kids to place a "sold" sign on their very own property. And if a player owns both properties in the same color, they can charge double the rent! The board game makes a fun gift for Trolls fans and Monopoly Junior fans, ages 5 and up.

DreamWorks Trolls Copyright 2019 DreamWorks Animation LLC. All Rights Reserved.
The Hasbro, Hasbro Gaming, Parker Brothers, and Monopoly names and logos, the distinctive design of the gameboard, the four corner squares, the Mr. Monopoly name and character, as well as each of the distinctive elements of the board and playing pieces are trademarks of Hasbro for its property trading game and game equipment.

Ages 5 and up
2 to 4 players
WARNING: Choking Hazard - Small parts. Not for children under 3 years.

Monopoly Junior: DreamWorks Trolls World Tour Edition Board Game is rated 4.9 out of 5 by 7.
Website Price: $14.18