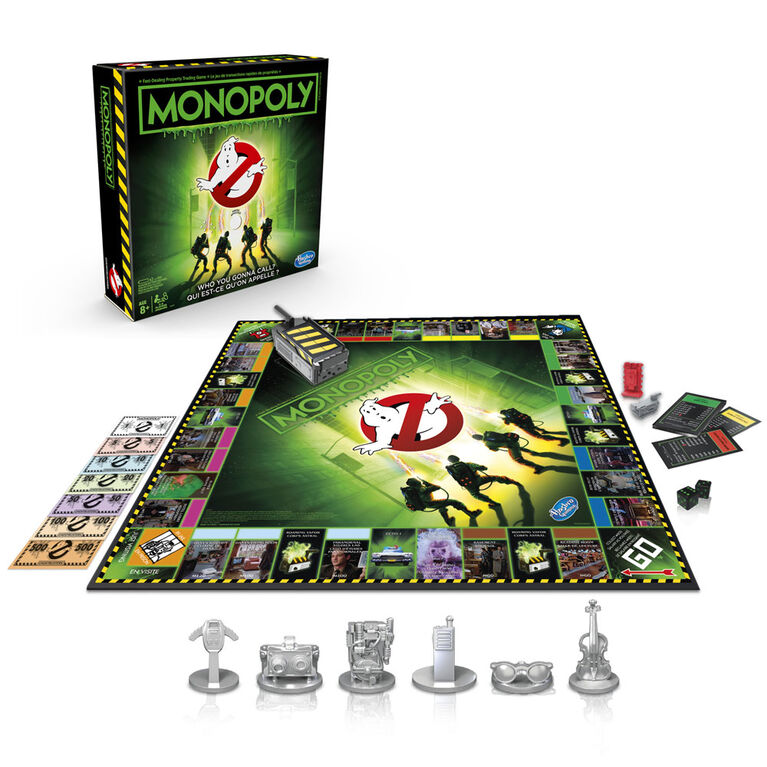 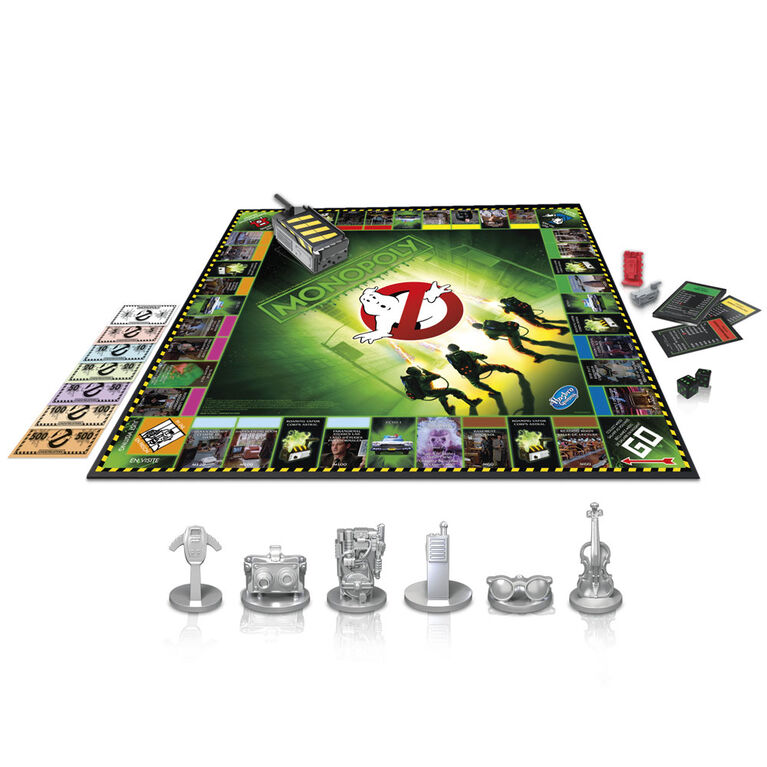 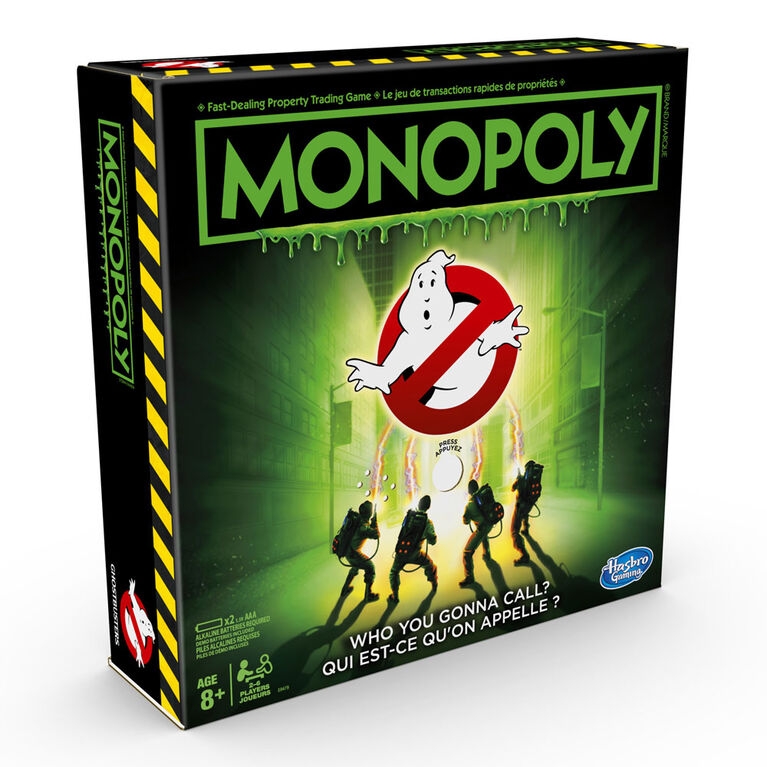 
In this Monopoly Board Game: Ghostbusters Edition, players travel around the board buying up Ghostbusting contracts. The game features scenes, characters, tokens, and artwork inspired by the original Ghostbuster movie. Landing on a Supernatural Entity space has players teaming up to battle Slimer, Stay Puft, Library Ghost, or Vinz Clortho to save the city! The last player with petty cash when all other players have gone bankrupt wins!