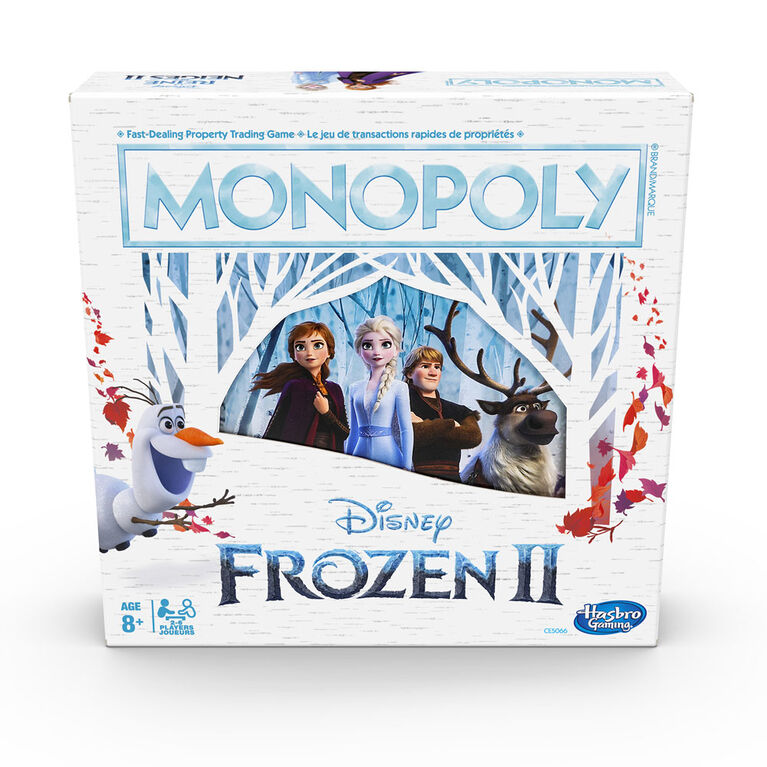 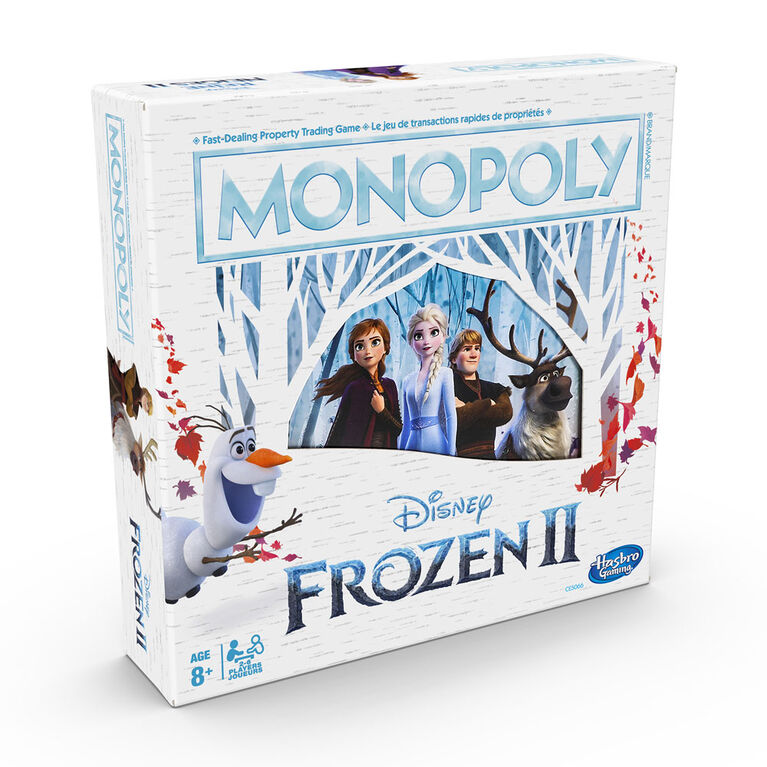 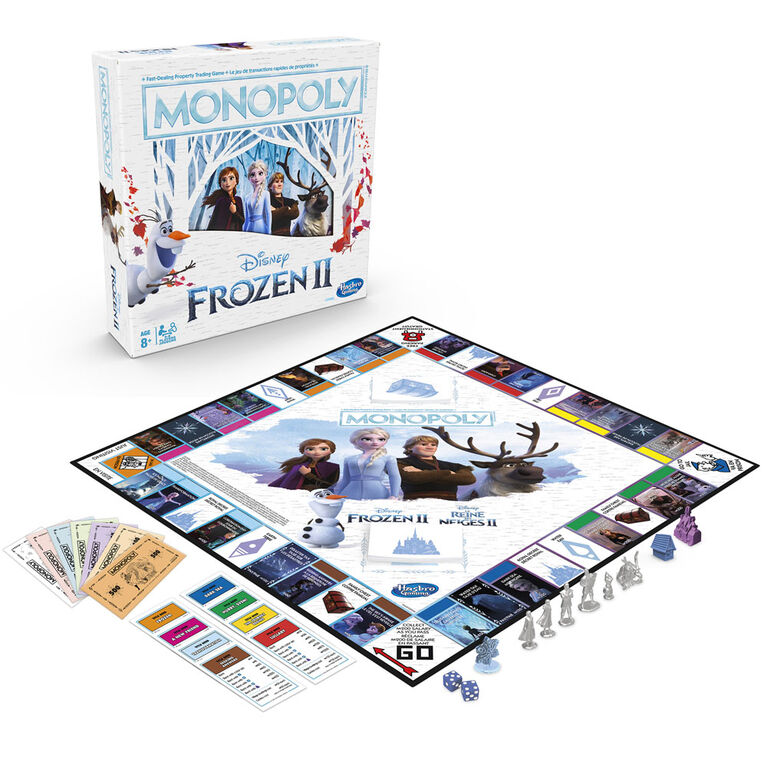 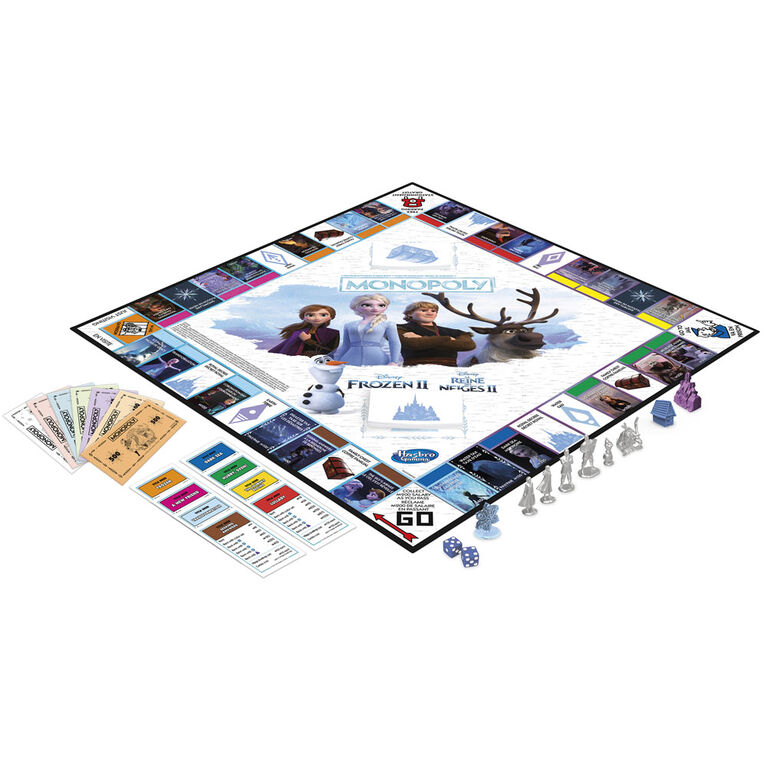 Pinch to zoom
Journey through Arendelle and beyond! In this Monopoly Board Game: Disney Frozen 2 Edition, players travel around the board buying up magical locations inspired by the Disney Frozen 2 movie. The Properties are scenes from the movie, and come in color sets. If a player draws a Snowflake Chance card, they can place it on any property. Whoever lands there is stuck and loses their next turn. Activate Elsa's epic powers by sharing a favorite family memory, and use the Snowflake token to receive double rent! The last player with money when all other players have gone bankrupt wins!

Players can freeze their opponents;draw a Snowflake Chance card and place it on any property;whoever lands there is frozen and loses their next turn