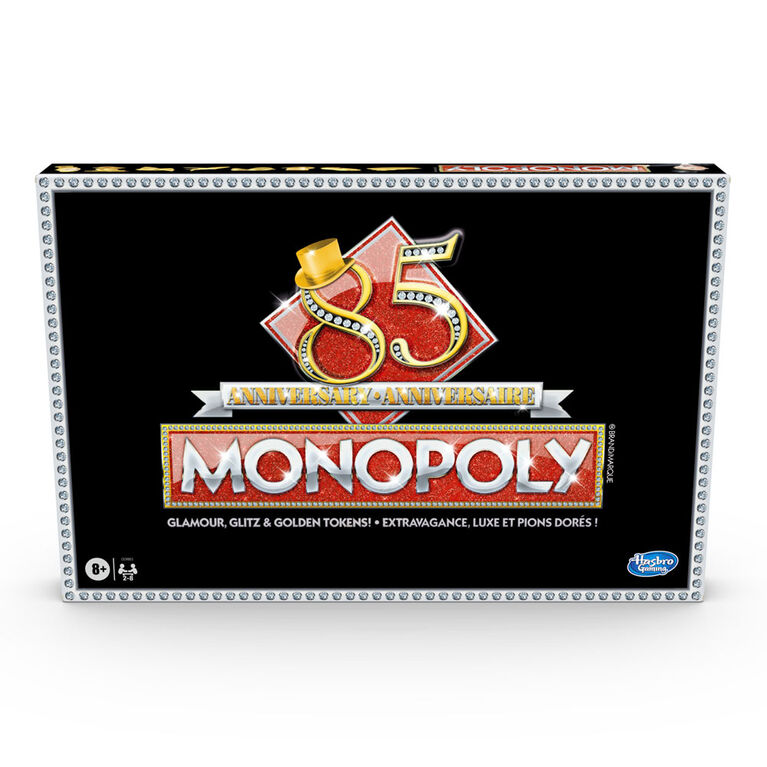 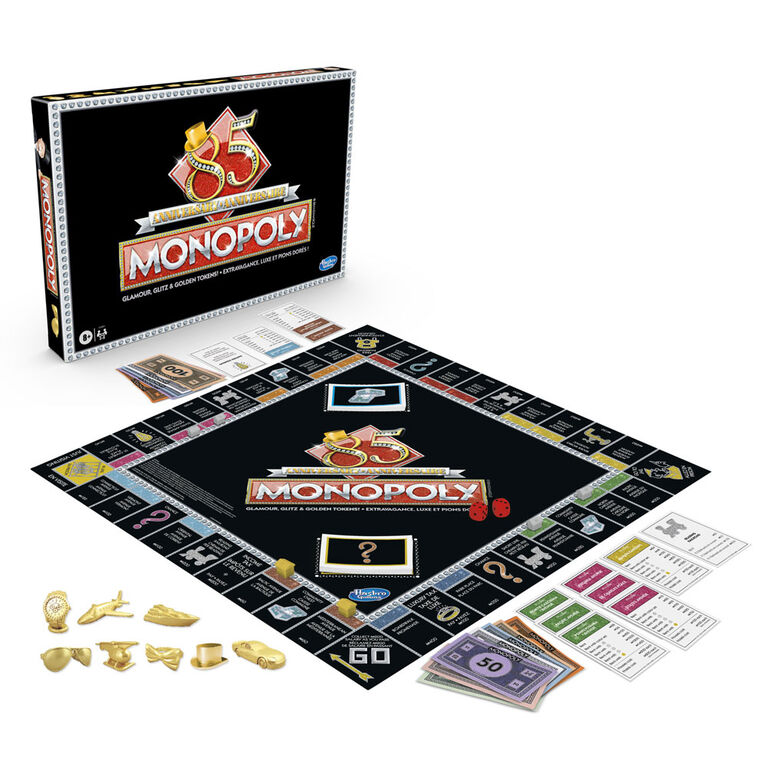 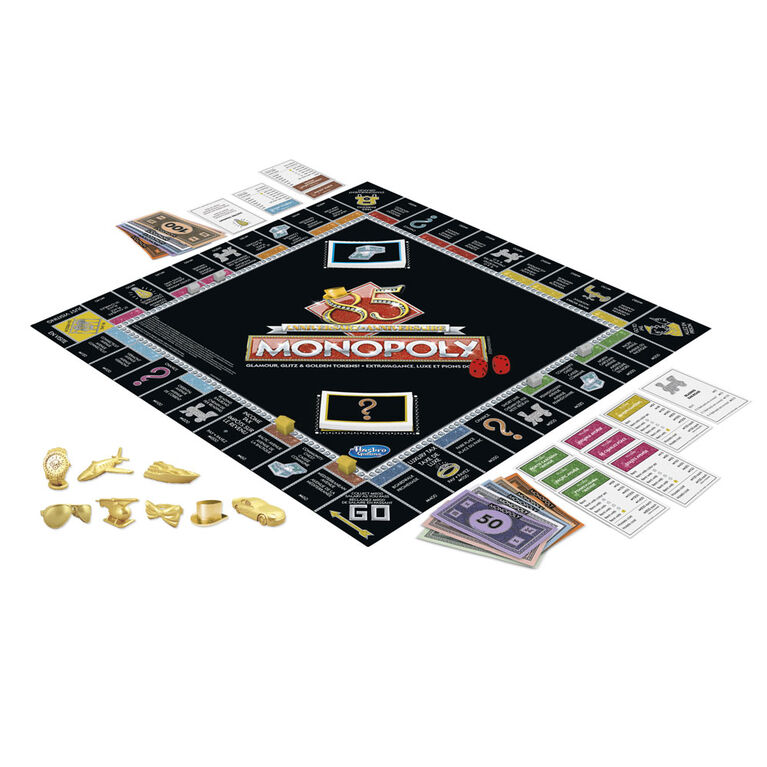 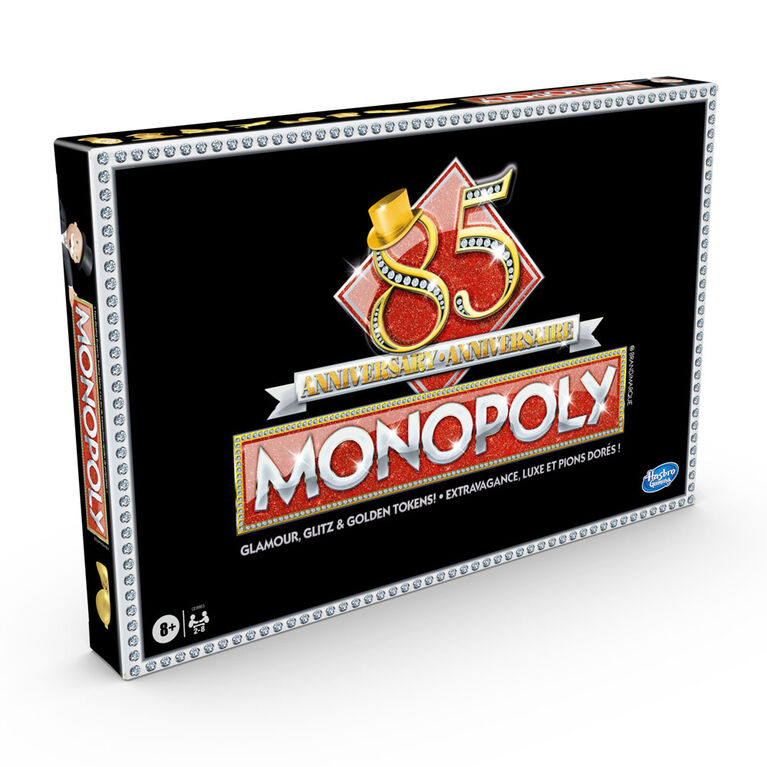 
It's glamour, glitz, and golden tokens! Monopoly, one of the world's favorite family gaming brands is commemorating 85 years of success. Join us as we celebrate with the Monopoly 85th Anniversary edition board game. The game features premium packaging and includes 8 golden tokens that represent the good life: A racecar, sunglasses, a yacht, a bowtie, a jet, a helicopter, a wristwatch, and a top hat. Get family and friends together to play the fast-dealing property trading game where players buy, sell, dream, and scheme their way to riches. Three cheers for living the good life of luxury and fun!

Ages 8 and up
For 2 to 8 players.
WARNING: CHOKING HAZARD - Small parts. Not for children under 3 years.