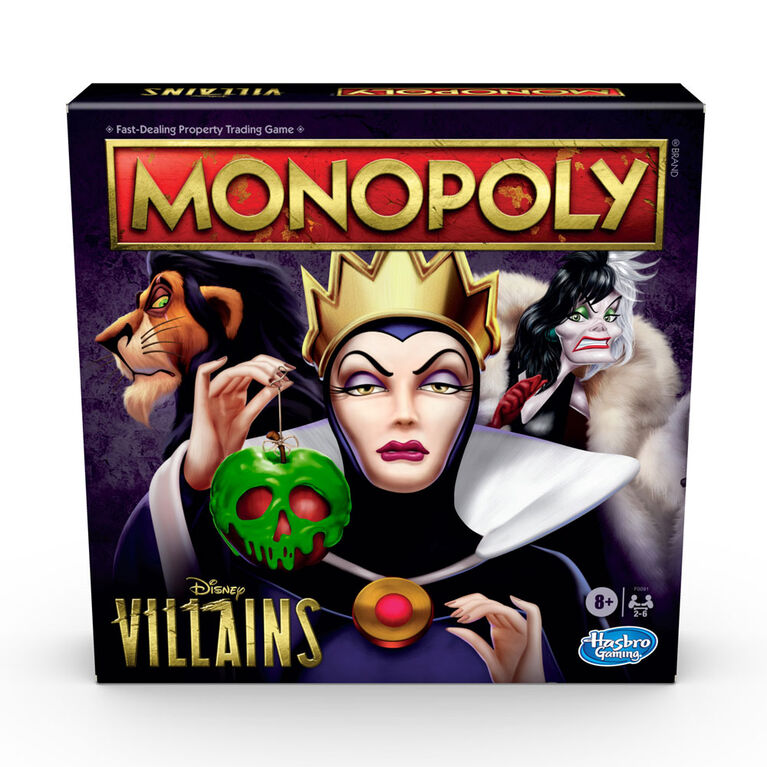 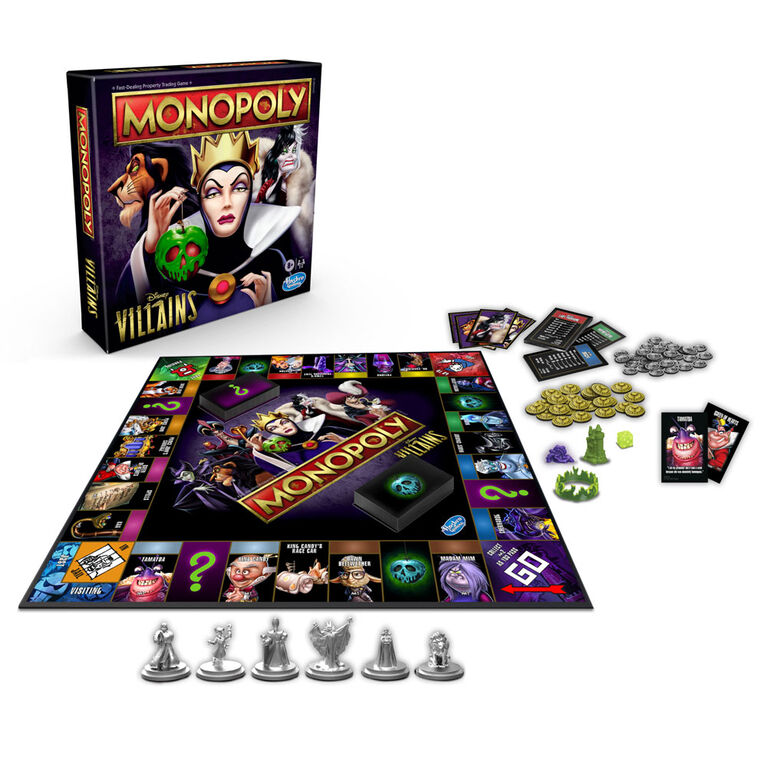 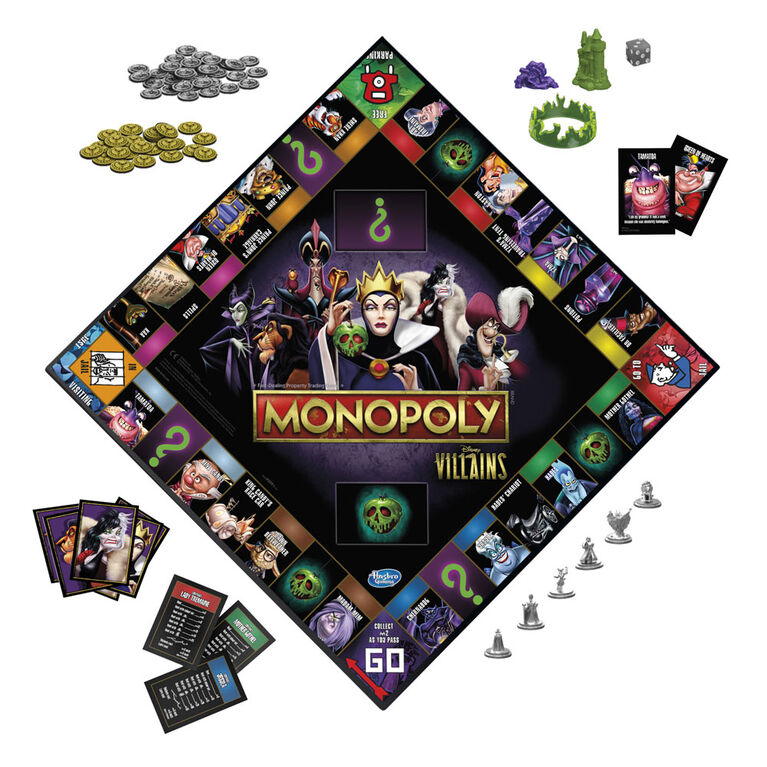 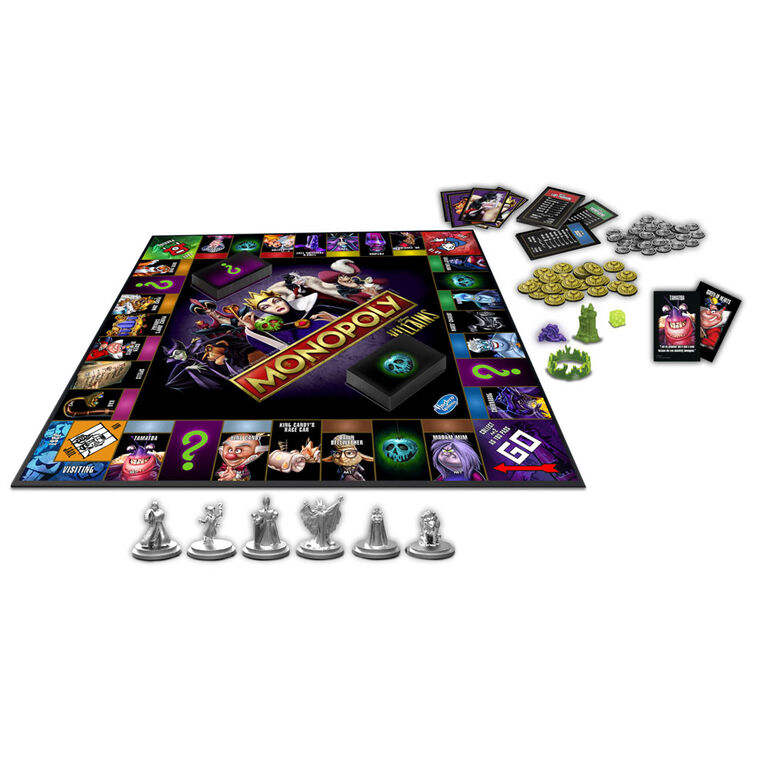 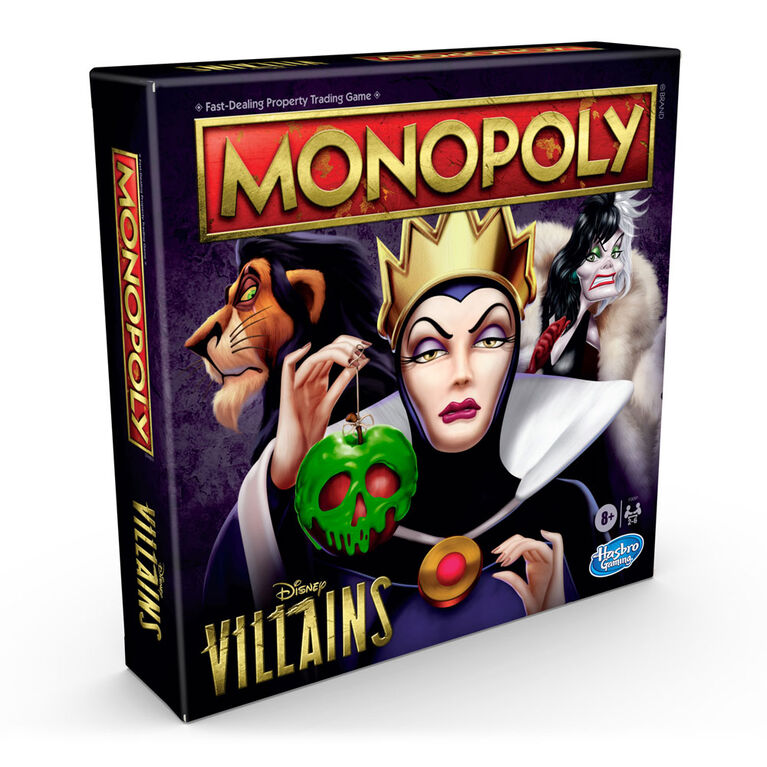 
Imagine classic Disney Villains stealing, scheming, and competing to see who is the most evil of all! In this Monopoly Board Game: Disney Villains Edition, players travel around the board using a Villain token and play as Cruella, Jafar, Scar, Evil Queen, Maleficent, or Hook. The more Villains a player hires, the more rent they'll be able to collect. Activate a character's special ability by acquiring the Flames of Power ring, change gameplay with Poison Apple cards, and advance on the board by landing on a Vehicle space. The last player with money when all other players have gone bankrupt wins!

Copyright Disney.
The Hasbro, Hasbro Gaming, Parker Brothers, and Monopoly names and logos, the distinctive design of the gameboard, the four corner squares, the Mr. Monopoly name and character, as well as each of the distinctive elements of the board and playing pieces are trademarks of Hasbro for its property trading game and game equipment.

Monopoly: Disney Villains Edition Board Game, Play as a Classic Disney Villain - English Edition is rated 4.8 out of 5 by 22.
Website Price: $49.99