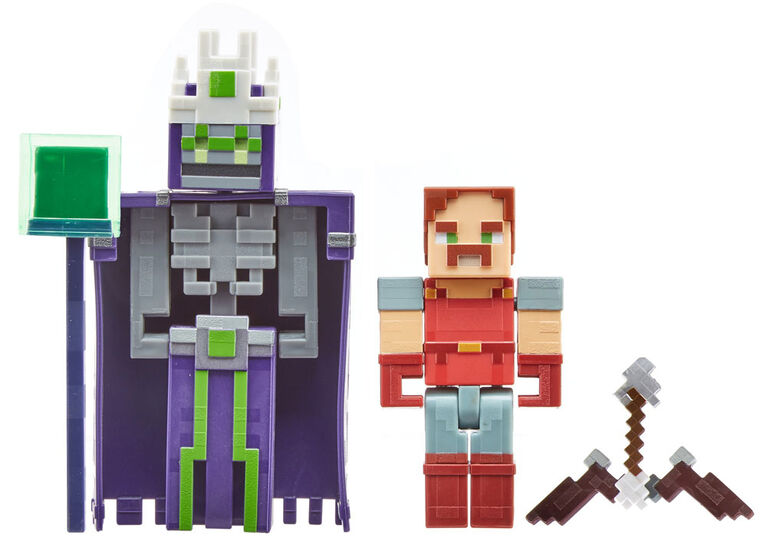 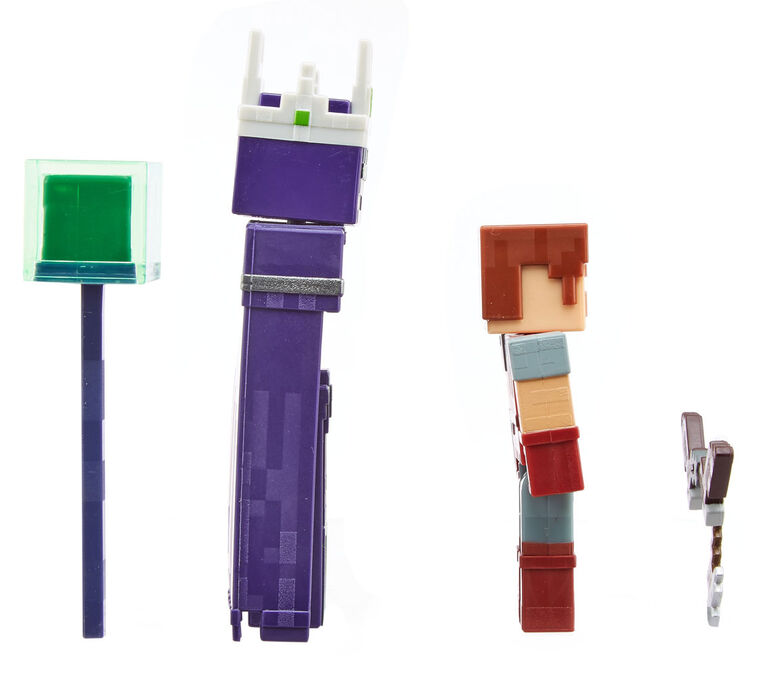 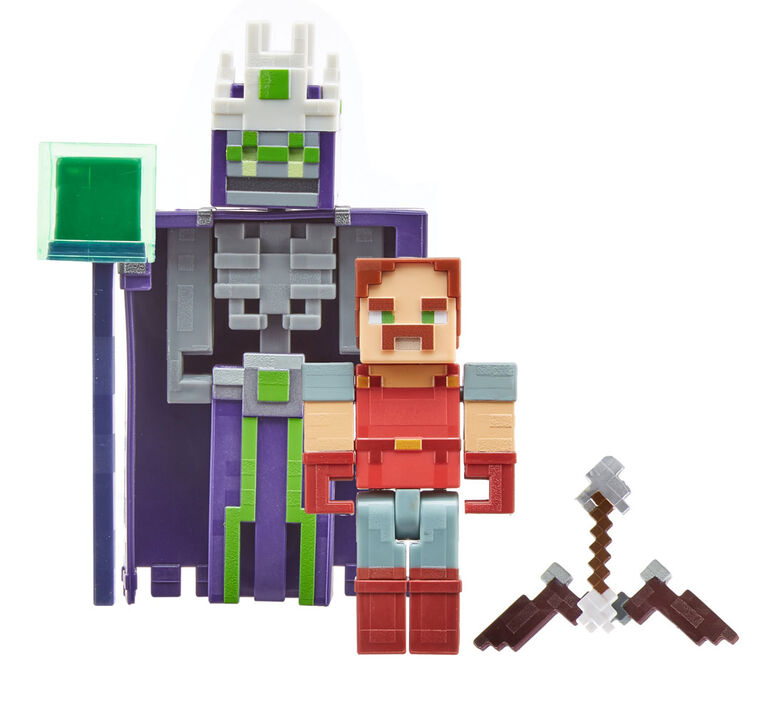 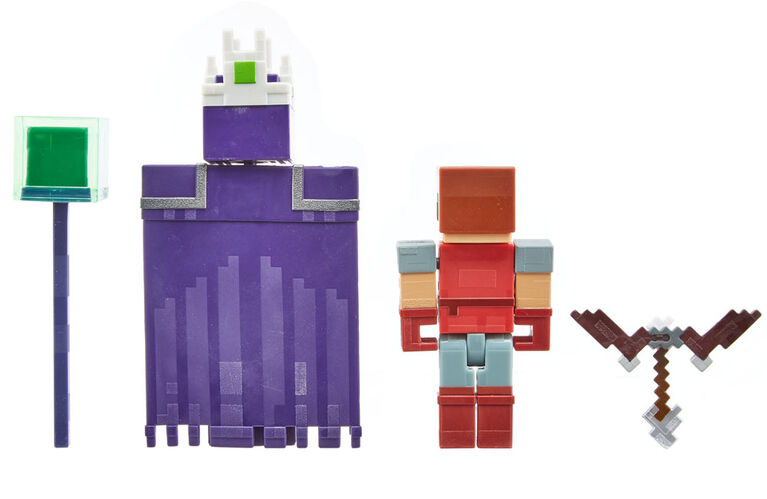 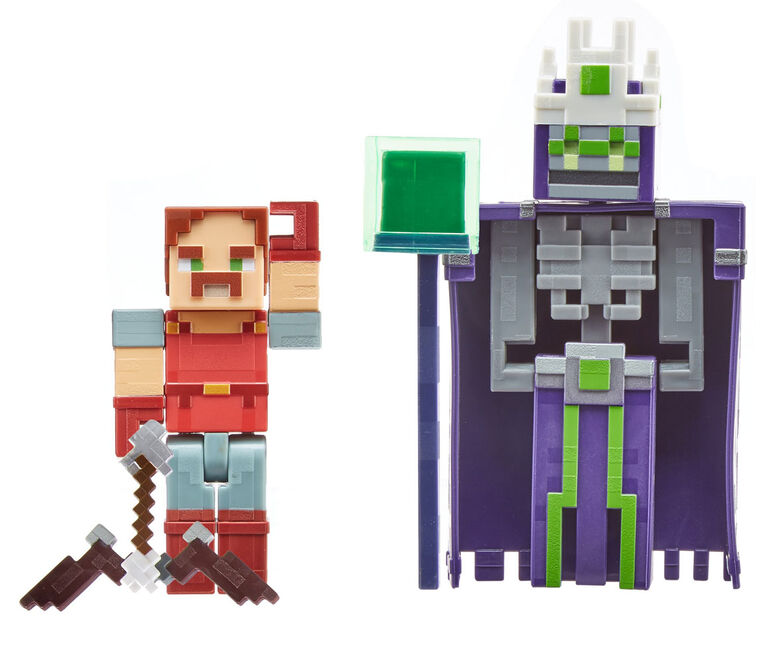 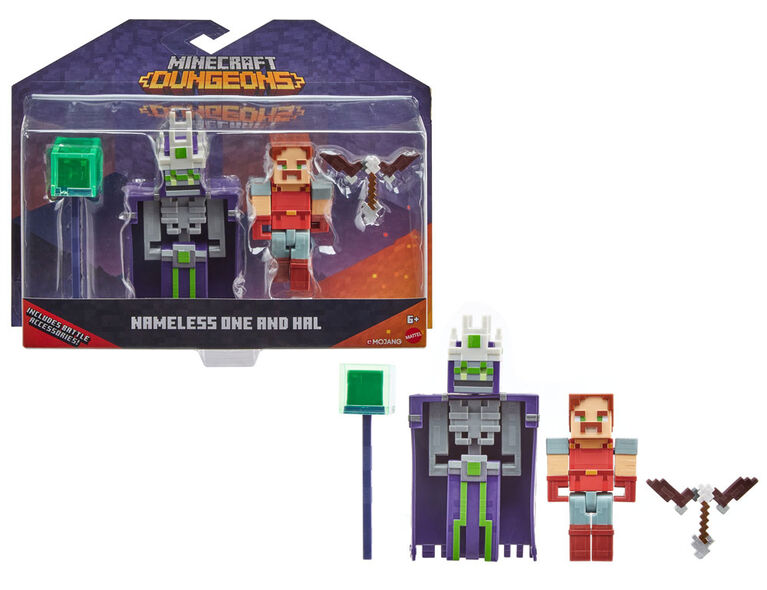 Pinch to zoom
Minecraft Dungeons characters in real life! This two-Pack is based on fan-favorite characters Nameless One and Hal from Minecraft Dungeons and stays true to each character's in-game appearance. Fans will love the true-to-game designs on this iconic hero character and hostile mob. Figures come with battle accessories, so kids can slash and battle it out in real life while at the same time feeling immersed in the Dungeons game. - great two-Pack for Minecraft fans who want to explore the new, dark Dungeons world of canyons, swamps and, of course, mines -in the real world! Colors and decorations may vary.