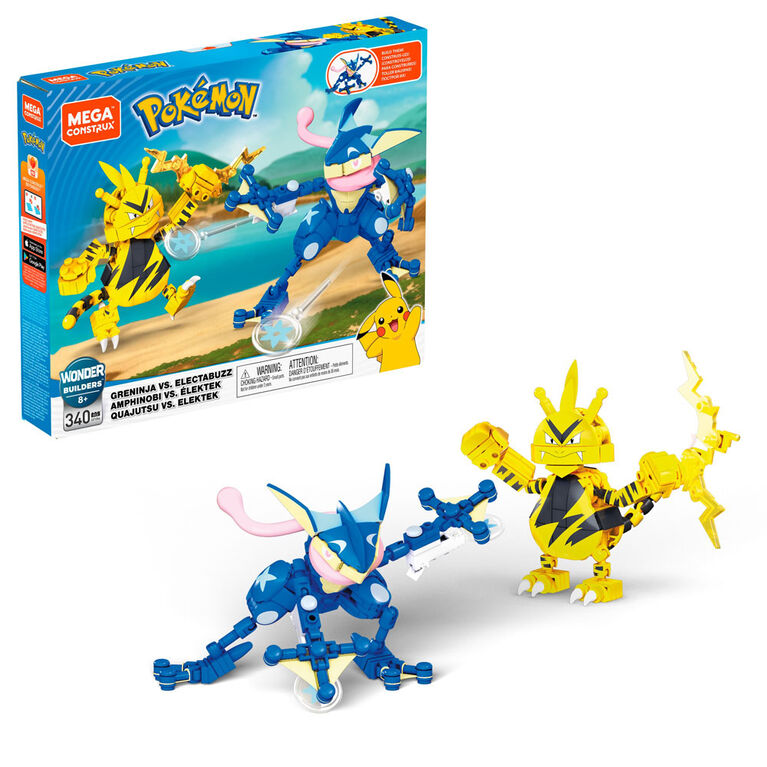 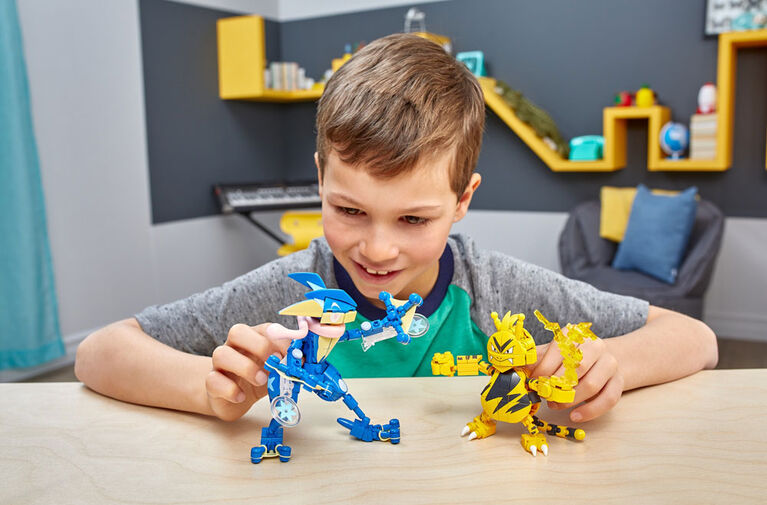 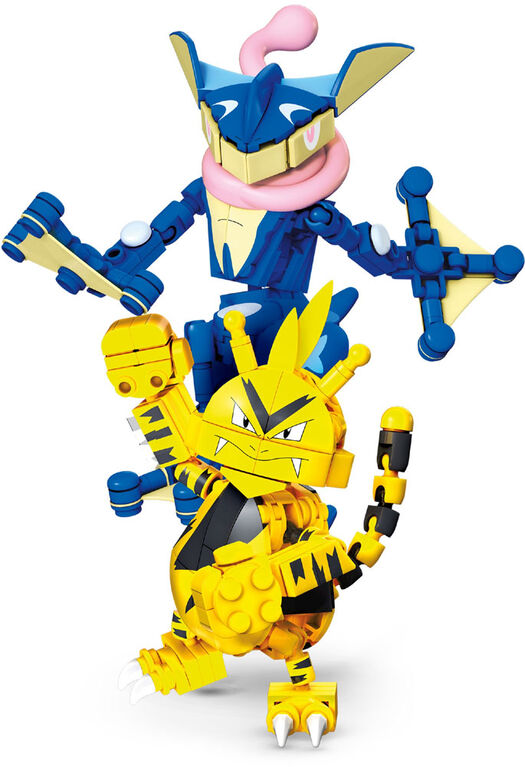 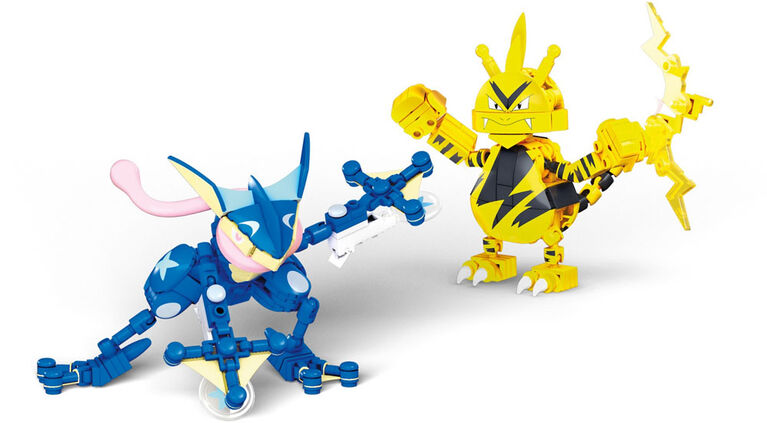 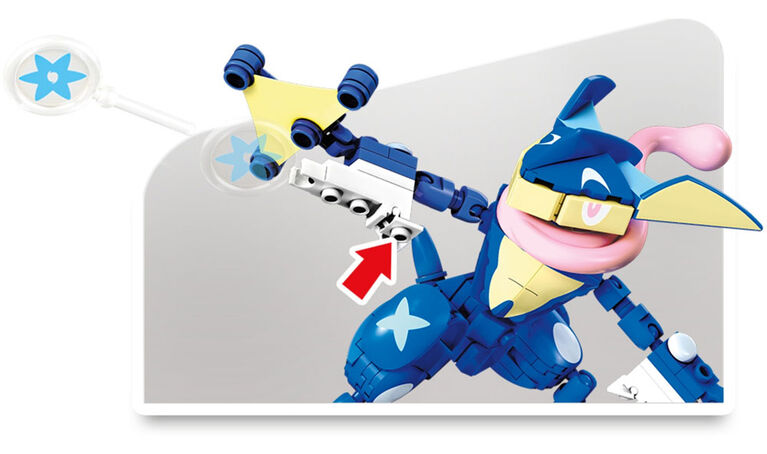 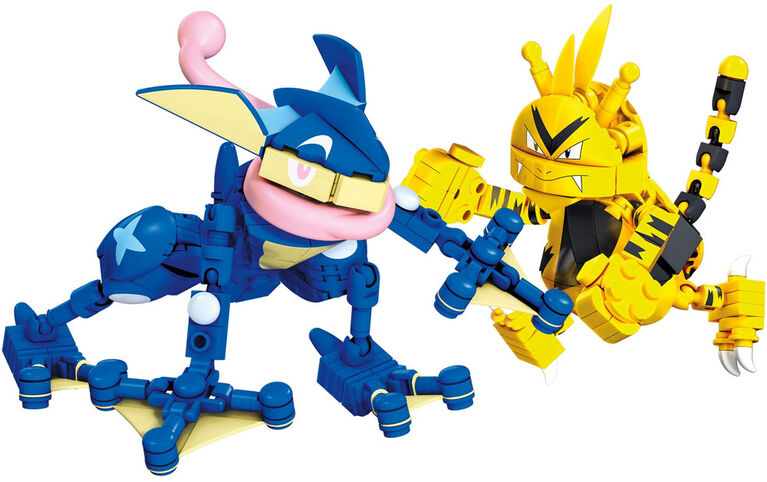 Two Pokémon square off when you build battles between Greninja and Electabuzz! First, build your fully articulated Pokémon, then spring into battle by launching water shurikens from each of Greninja's arms! Retaliate with an Electric-type attack from Electabuzz. Then, set the scene for new battles when you display your Pokémon in different poses! Ideal for ages 8 and up.