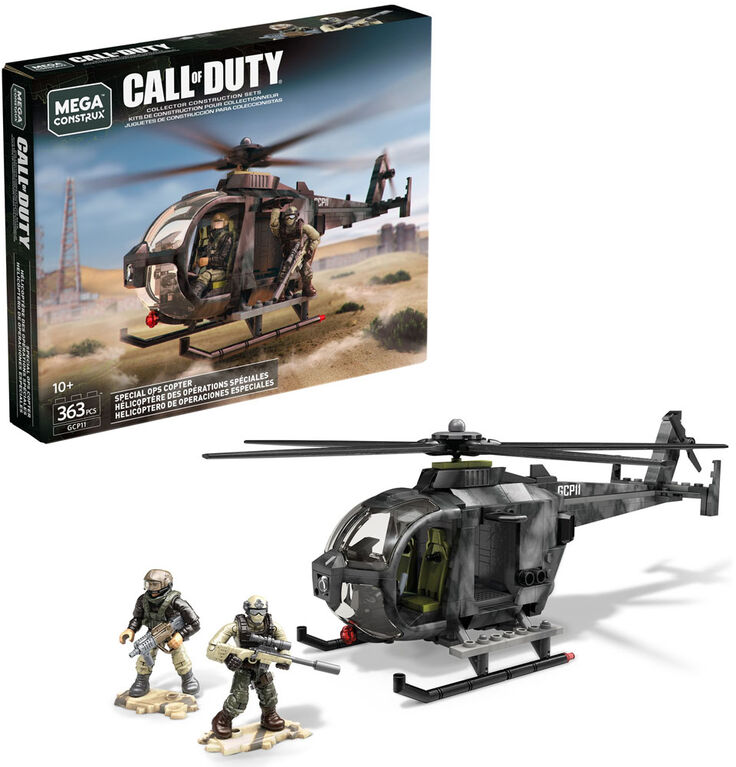 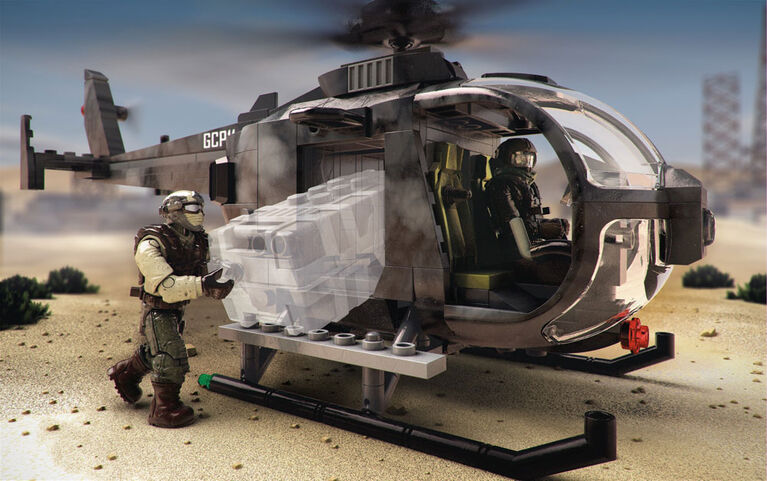 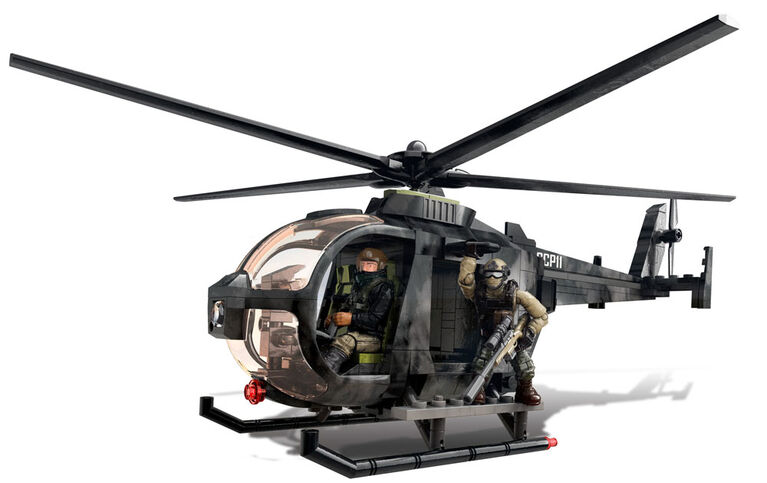 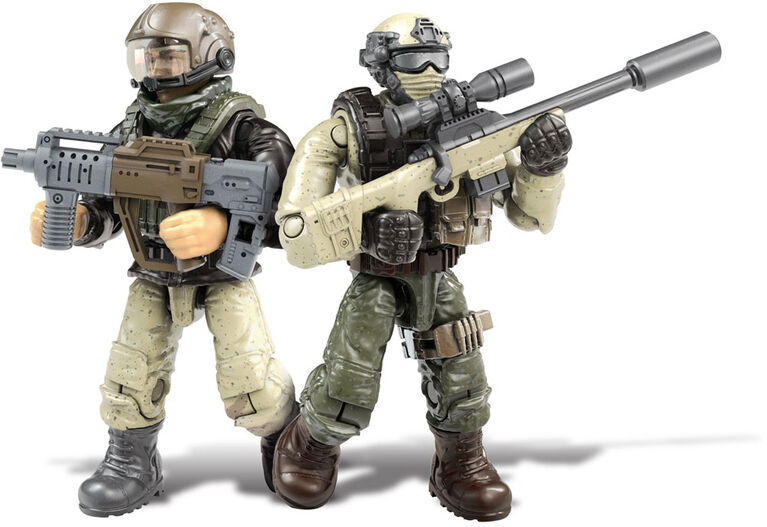 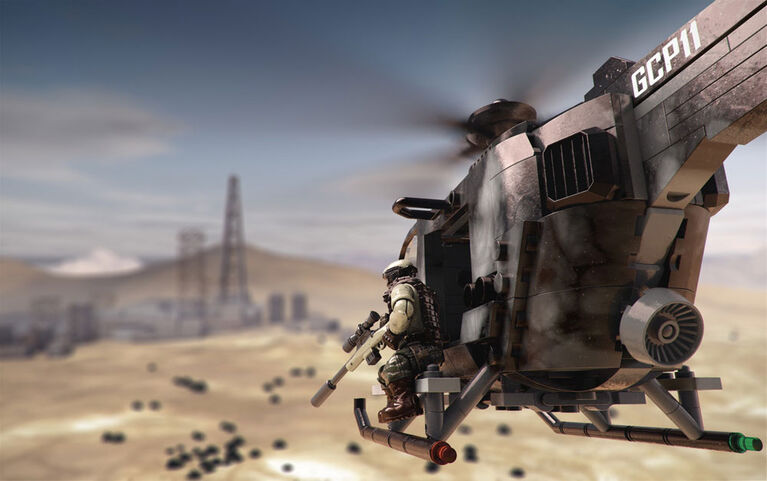 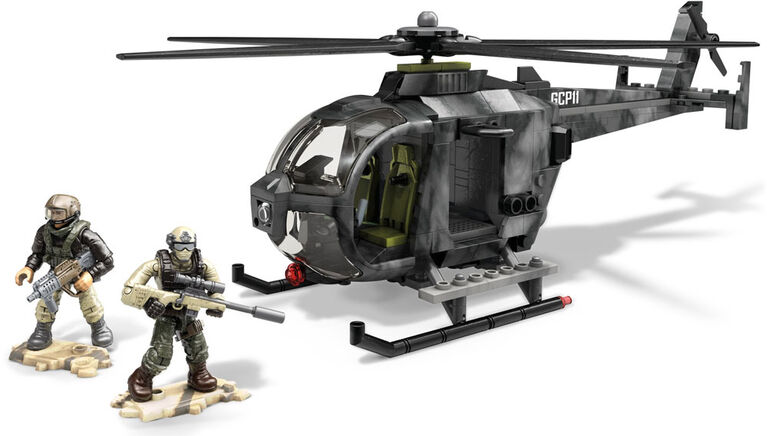 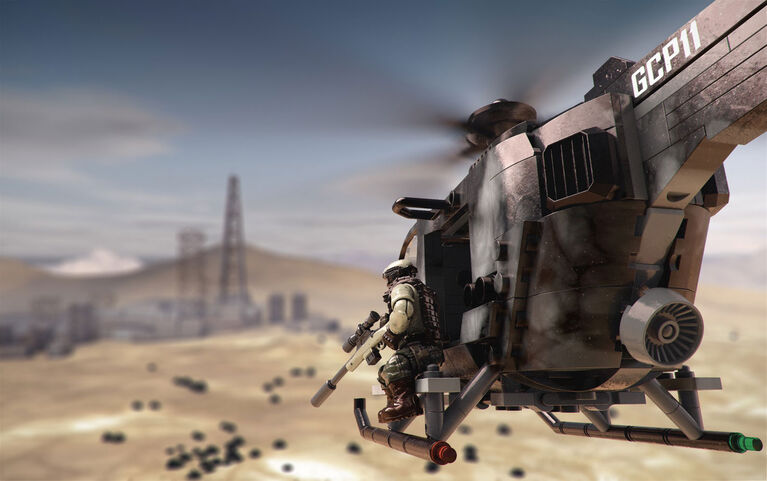 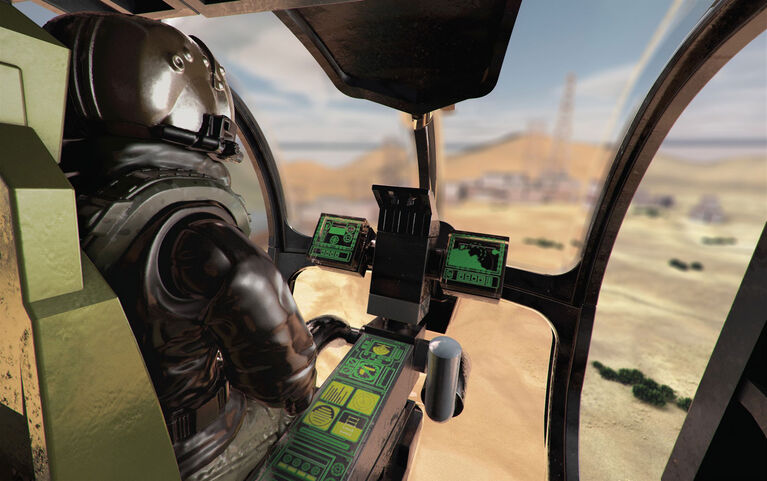 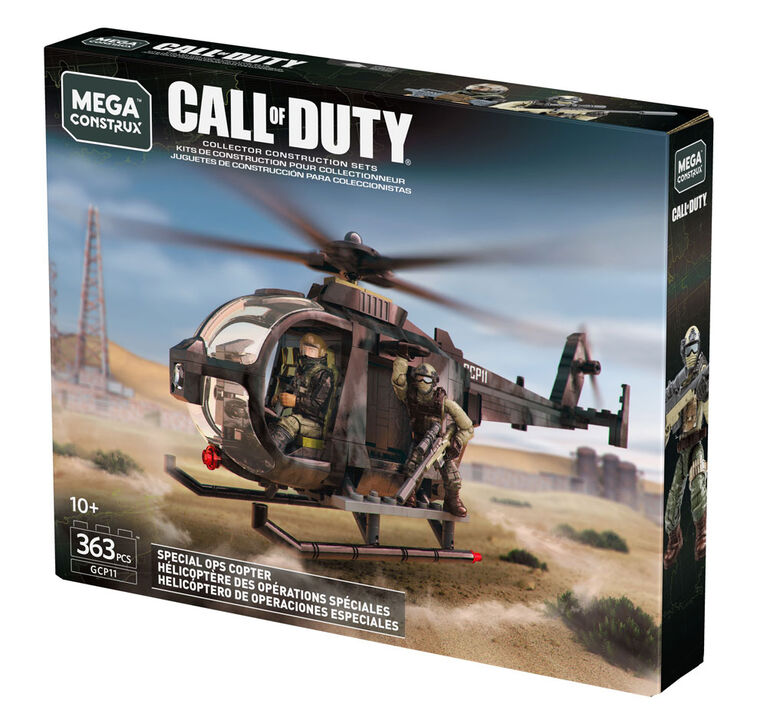 Drop into combat with a buildable transport helicopter! Deploy for duty with a state-of-the-art military helicopter! Build your Special Ops chopper, complete with rotating blades, opening cockpit and stealth camo finish. Use the detachable armor and accessories to gear your soldiers for. Then sit the pilot at the controls, and pose your other soldier at the ready to drop into the action!