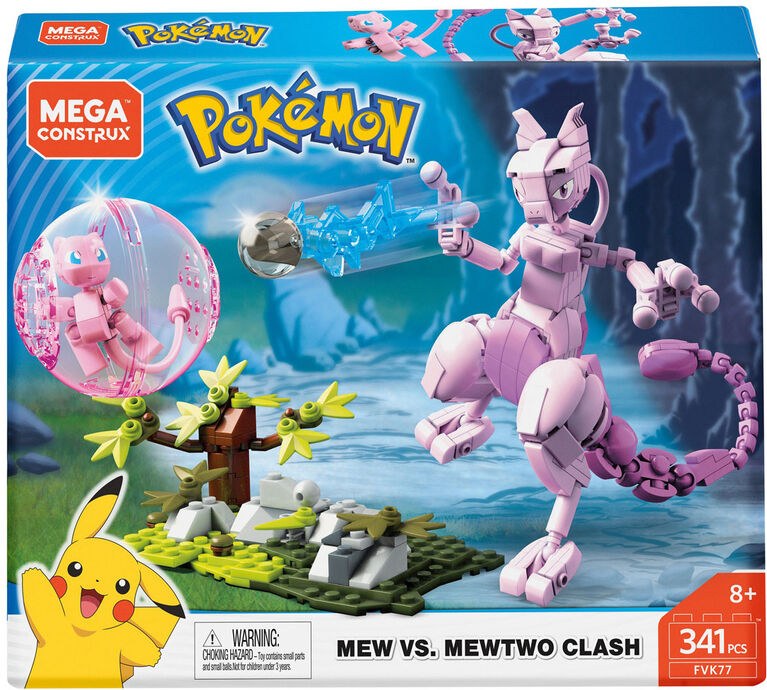 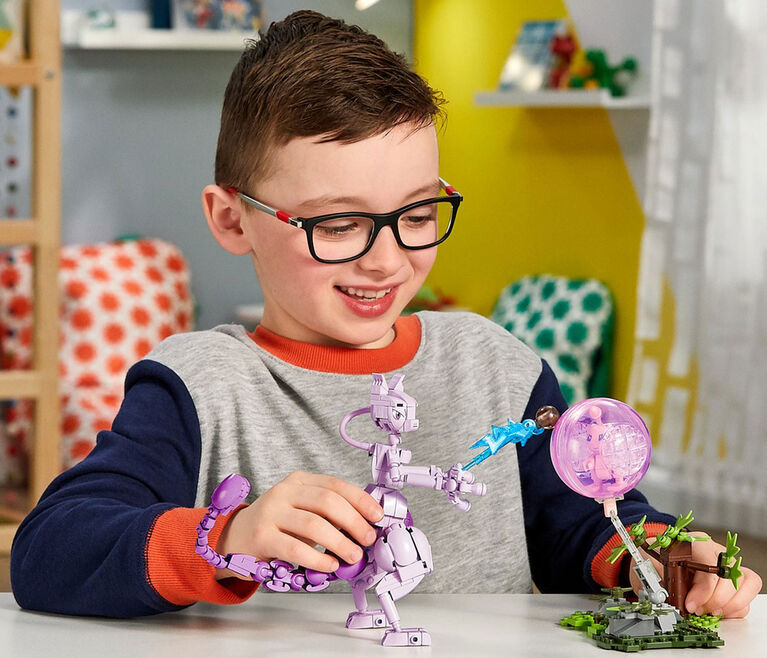 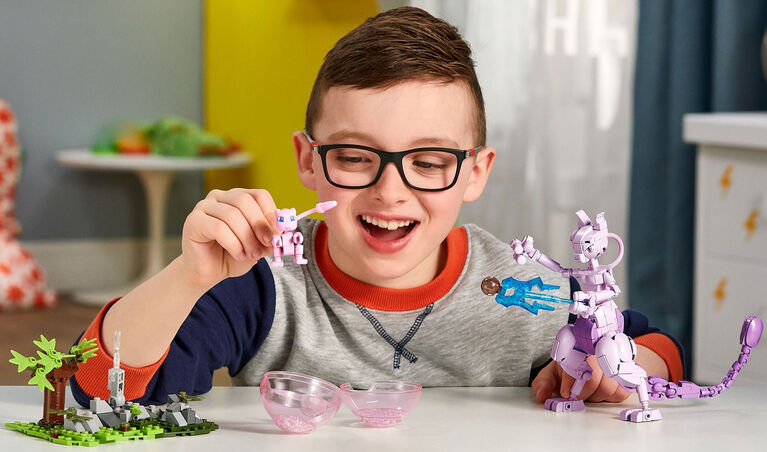 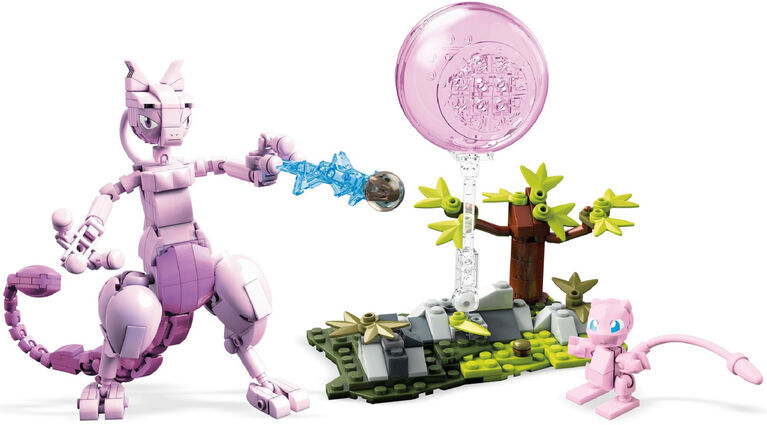 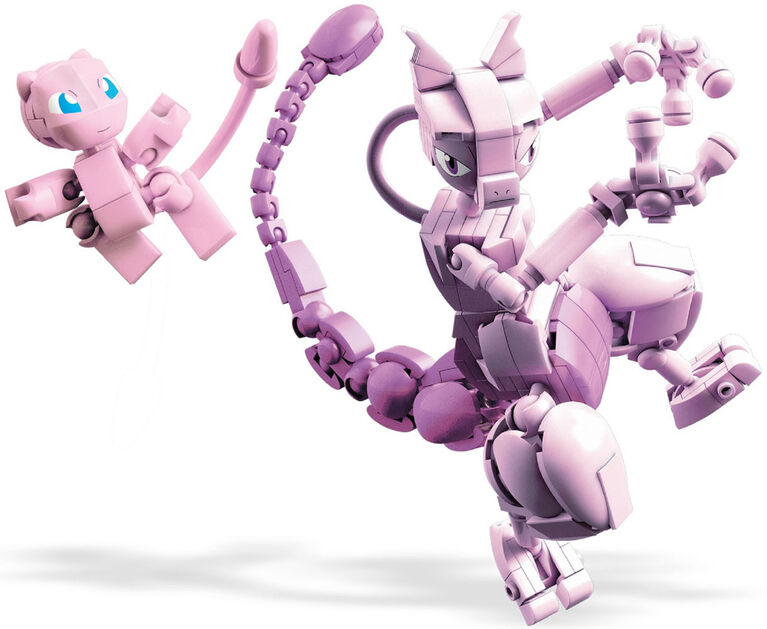 Build the power of an iconic psychic rivalry with Mew and Mewtwo! Mythical and Legendary Pokemon face off when you build a battle of the minds between Mew and Mewtwo! First, psych yourself up for battle with a tiny, 2-inch Mew, complete with articulated arms, legs, tail. Then, build a giant, 6.5-inch, poseable Mewtwo and unleash a Psychic-type attack with the buildable battle effect detail. Sit Mew in the transparent power shield to defend. Then, set the scene for new battles when you display your Pokemon in different battle-ready poses! Ideal for ages 8 and up