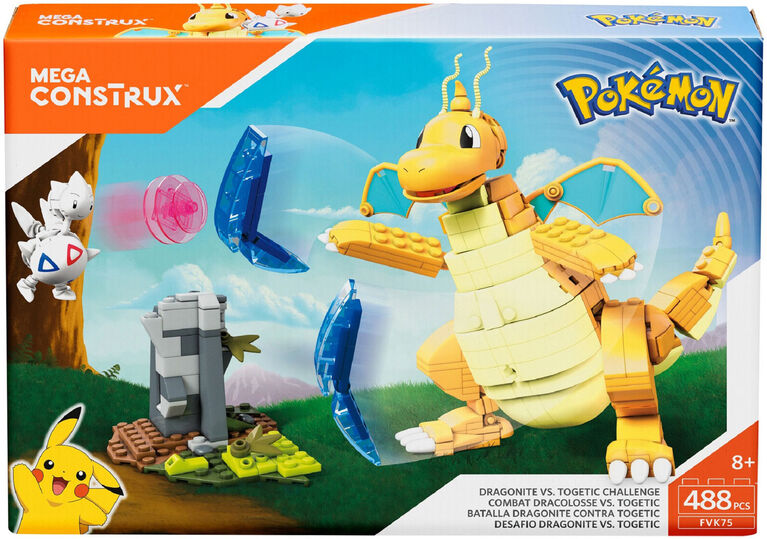 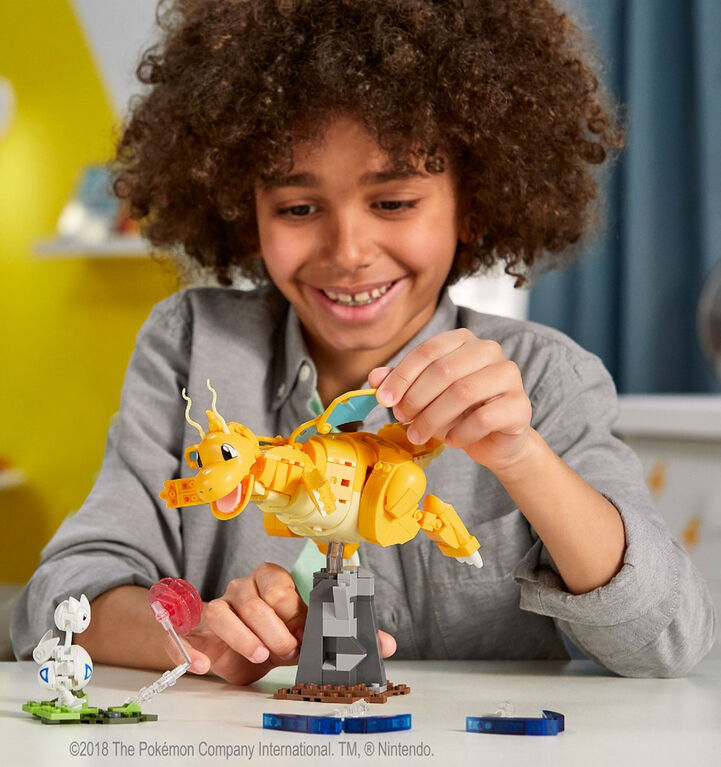 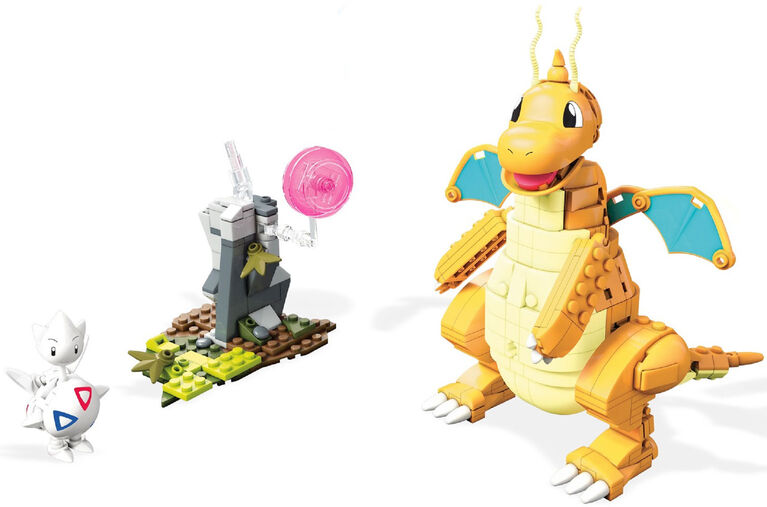 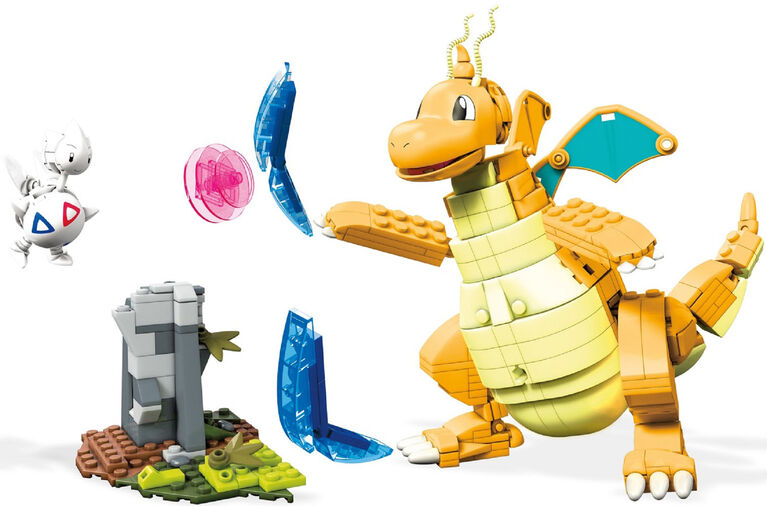 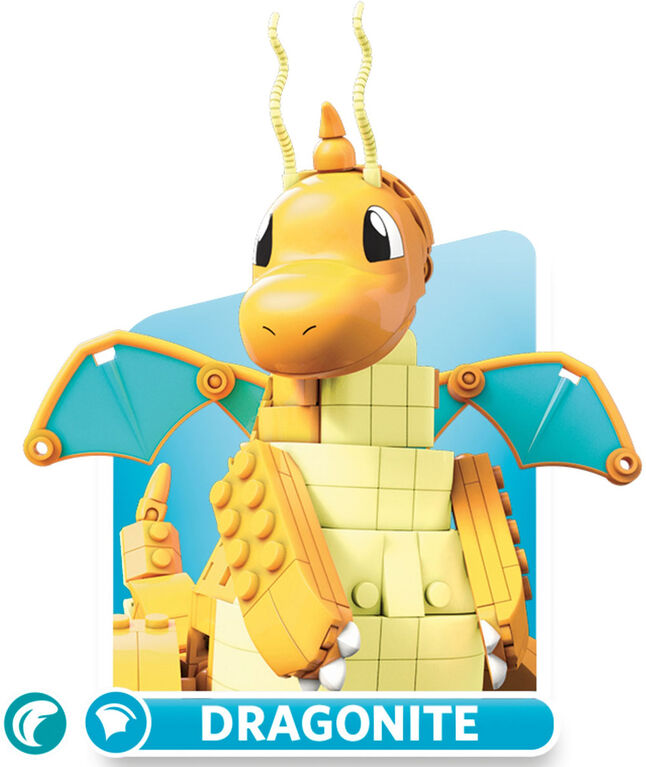 Iconic Pokemon fly into battle with a showdown between Togetic and Dragonite! An iconic Pokemon matchup takes wing when you build a battle between two of the most popular flying-type Pokemon of all time with Togetic and Dragonite! First, spread your wings when you build a fully poseable, towering 7.5-inch Dragonite and swoop in for a flying-type or Dragon-type attack! Then take to the air with a tiny 2.5-inch Togetic and defend using the authentic battle effect shield! Then, set the scene for new battles when you display your Pokemon in different battle-ready poses! Ideal for ages 8 and up