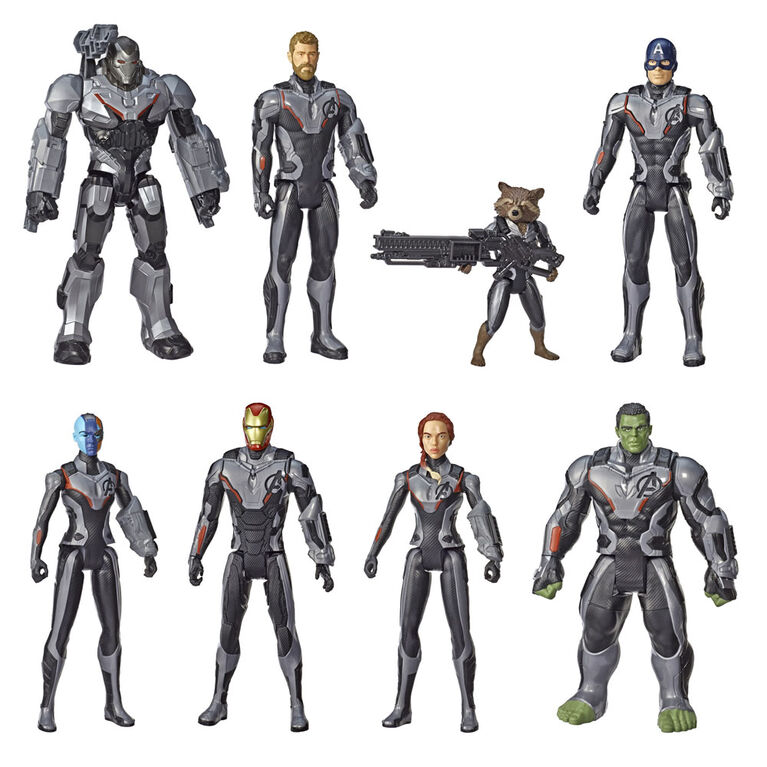 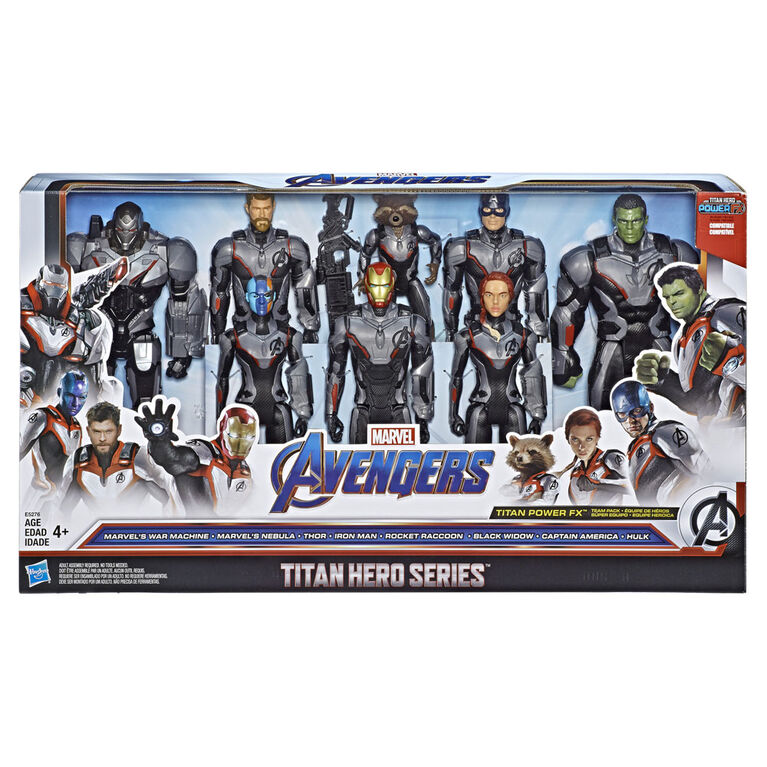 R Exclusive, only available at Toys R Us Canada. The Titan Hero Series 12-inch scale action figures let kids imagine the action of the Avengers, Guardians of the Galaxy, and more on a big scale
Connect Titan Hero Power FX Pack (not included) to the Titan Hero figure back ports to activate sounds and phrases
Connect to Titan Hero Series and Titan Hero Power FX figures (each sold separately) for sounds and phrases from the Avengers movies
Iron Man, Captain America, Black Widow, Thor, Rocket Raccoon, Hulk, Marvel's War Machine, and Marvel's Nebula come together in one Marvel Universe collection pack
Be on the lookout for other Marvel Avenger figures and gear to imagine forming a team of Avengers! Additional products each sold separately. Subject to availability