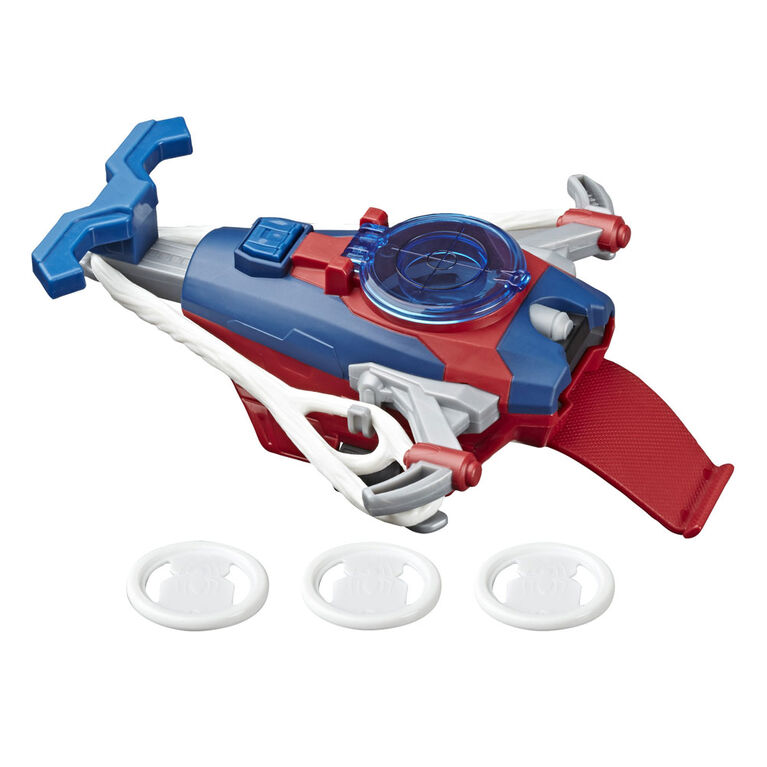 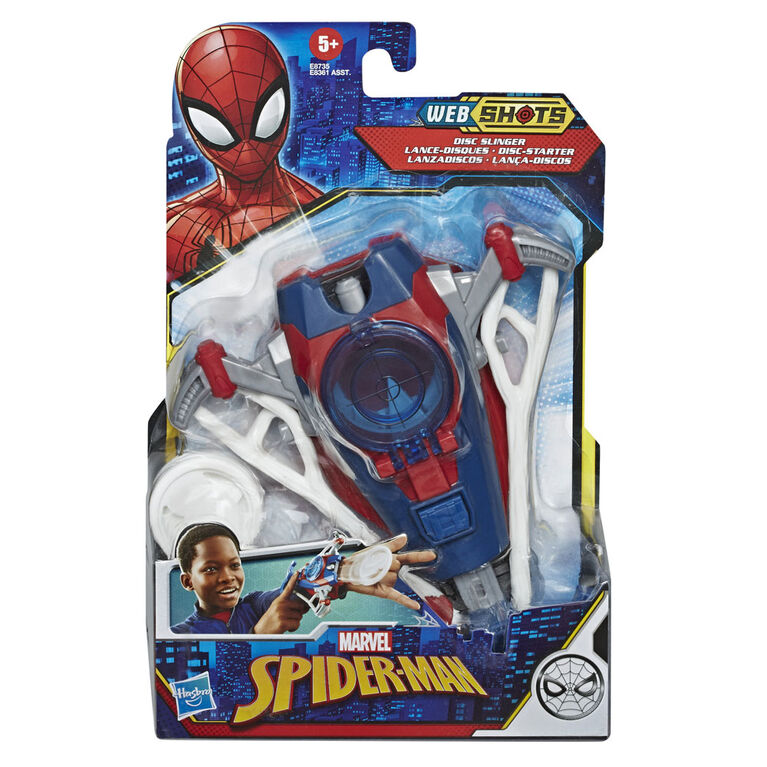 
Imagine swinging into the newest Spider-Man adventure with Spider-Man figures, vehicles, and roleplay items inspired by the Marvel comics. With this comics-inspired line of toys, kids can imagine the web-slinging, wall-crawling action as Spider-Man faces new challenges and new villains. Additional products each sold separately. Subject to availability.

Copyright 2019 MARVEL. Copyright CPII.
Hasbro and all related terms are trademarks of Hasbro.

Ages 5 and up
CAUTION: Do not aim at eyes or face. TO AVOID INJURY: Use only projectiles designed for this product. Do not modify projectiles or projectile launcher.