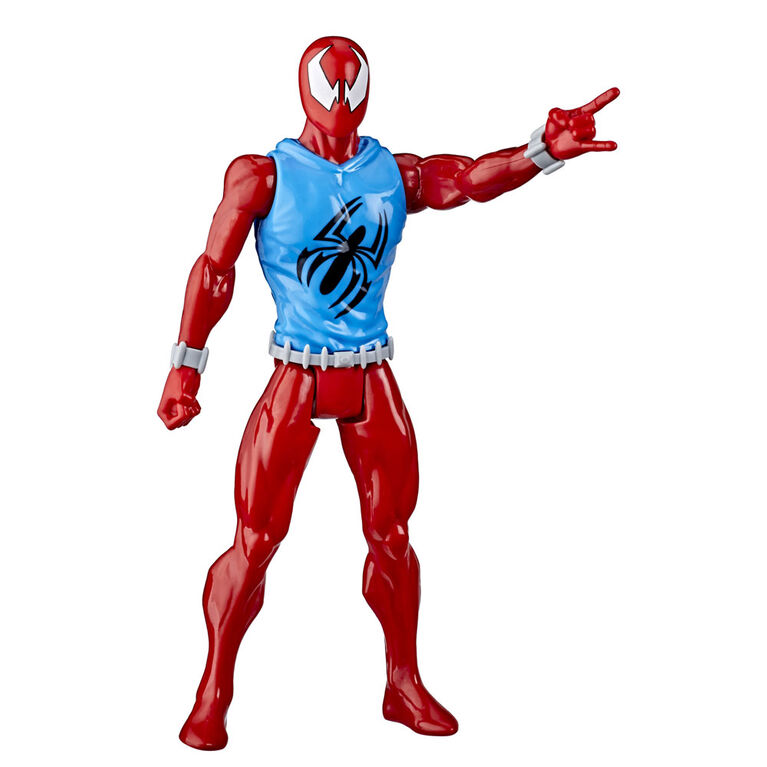 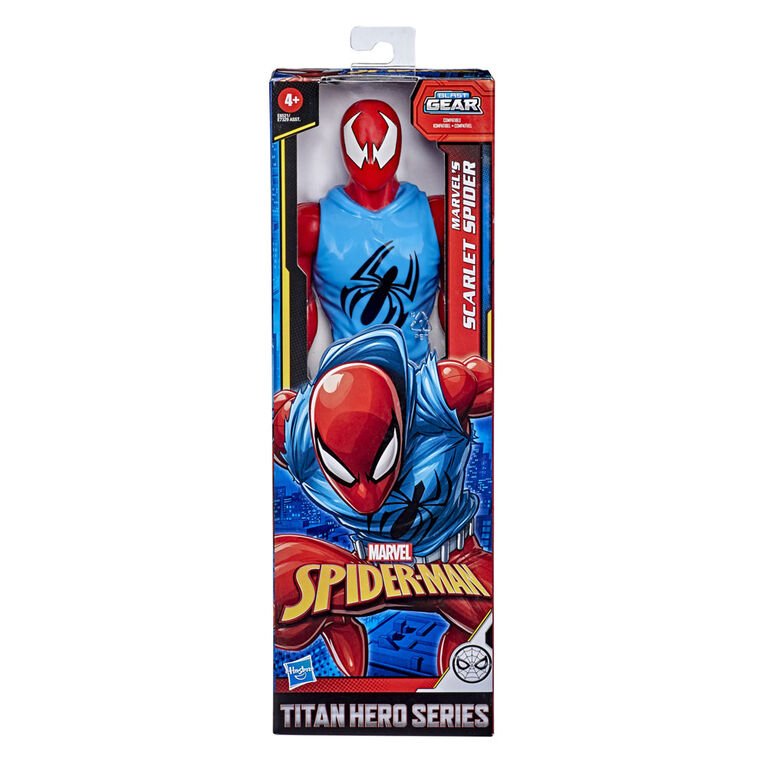 
Peter Parker's clone, Ben Reilly, suits up as Scarlet Spider and fights for good alongside Spider-Man.

Imagine the web-slinging hero swinging into action with the 12-inch-scale Marvel's Scarlet Spider figure from the Titan Hero Series! This figure includes a back port for the Titan Hero Blast Gear FX launcher (not included;sold separately with Titan Hero Blast Gear figures) so when kids connect the launcher, they can power up their figure, activate character-specific sounds and phrases, and launch projectiles!