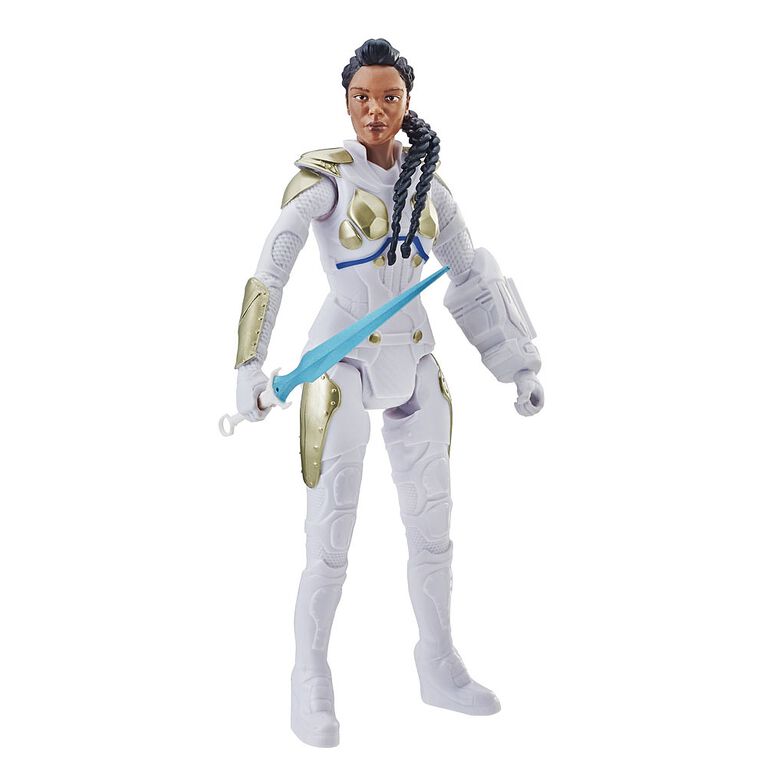 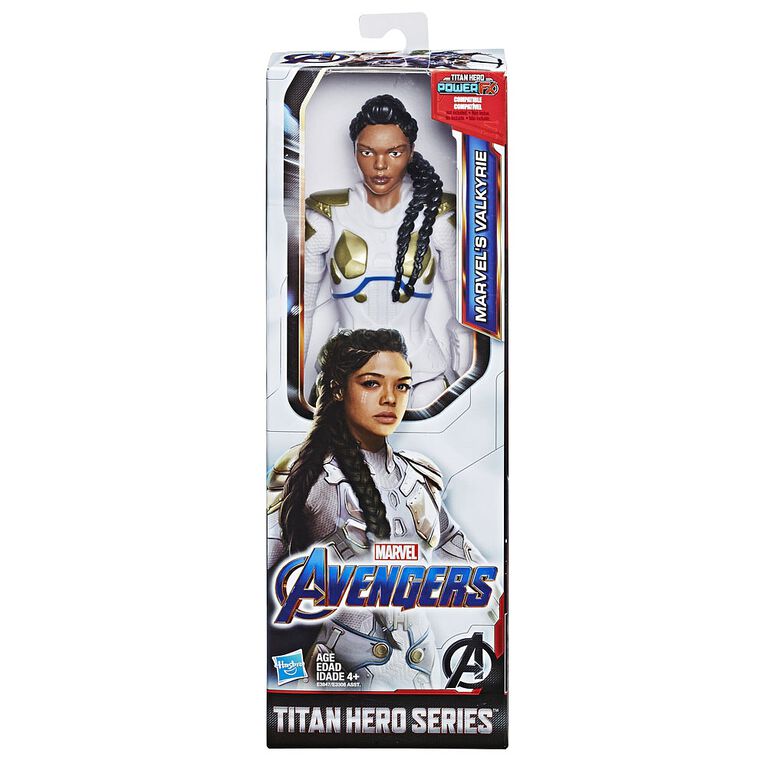 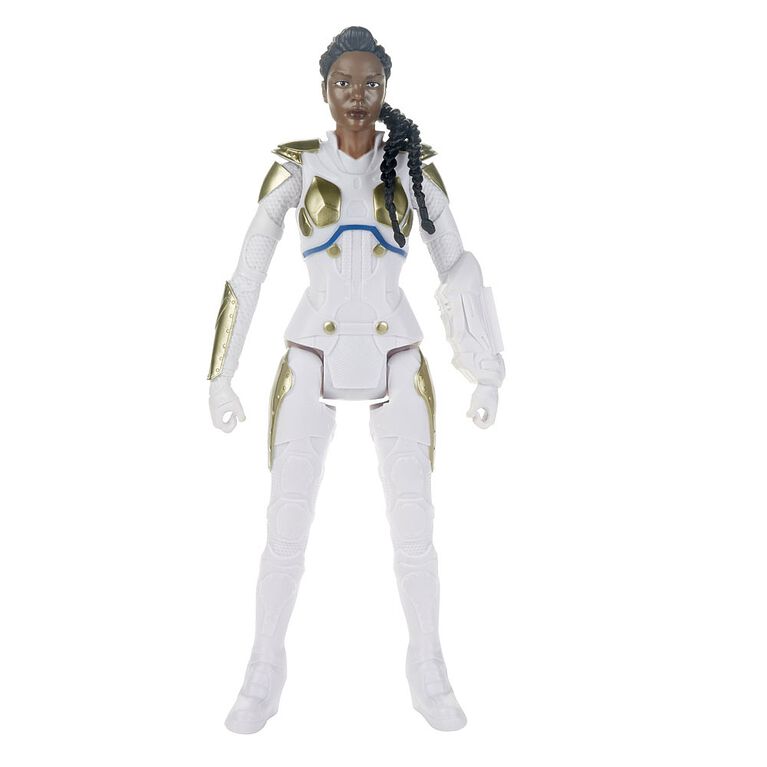 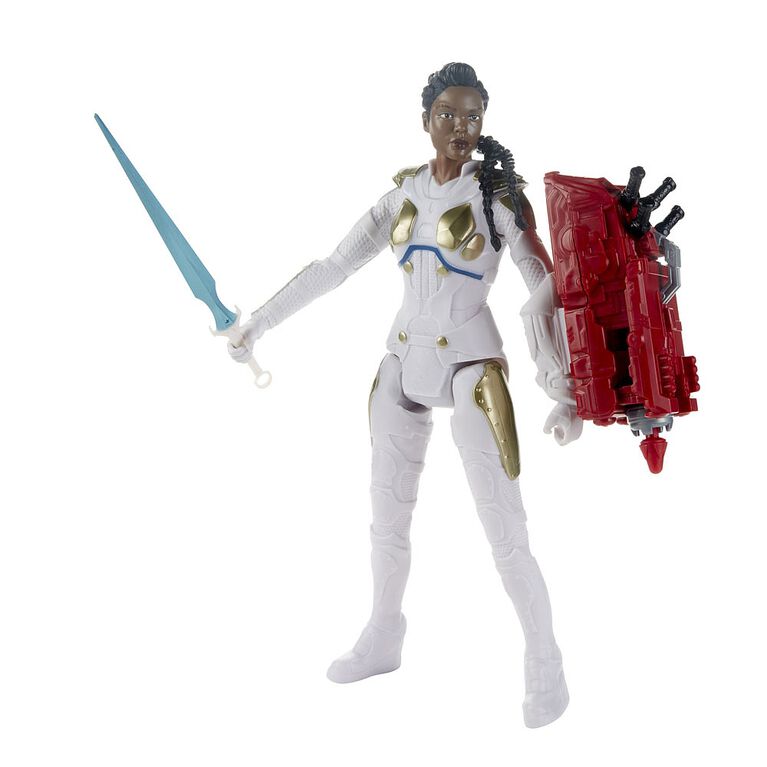 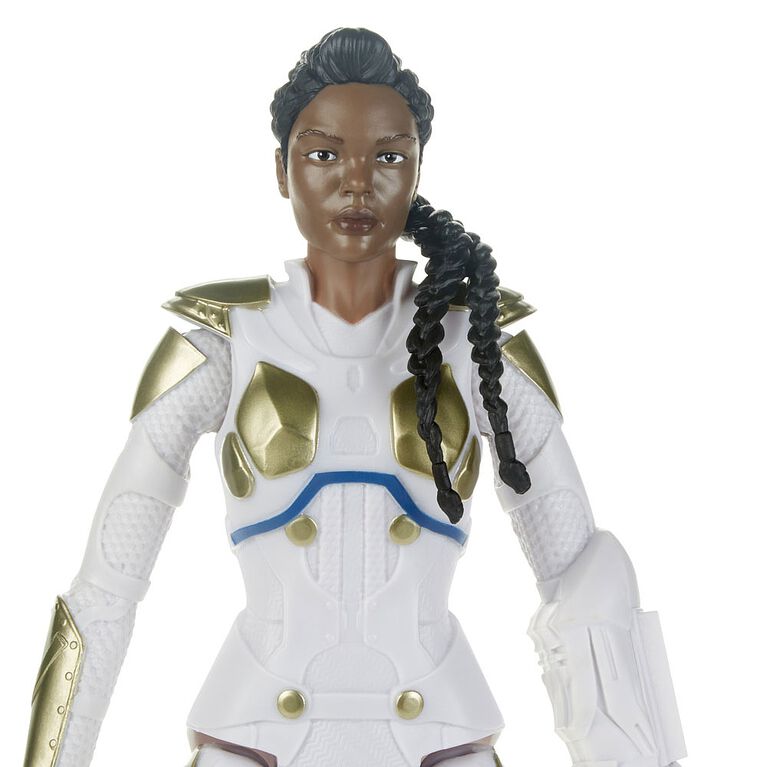 Imagine the agile Asgardian swordswoman joining the battle for the galaxy with this Marvel's Valkyrie figure from the Titan Hero Series! When kids connect the Titan Hero Power FX launcher (not included; sold separately with Titan Hero Power FX figures) to this figure's arm port, they can activate character-specific sounds and phrases and launch projectiles!