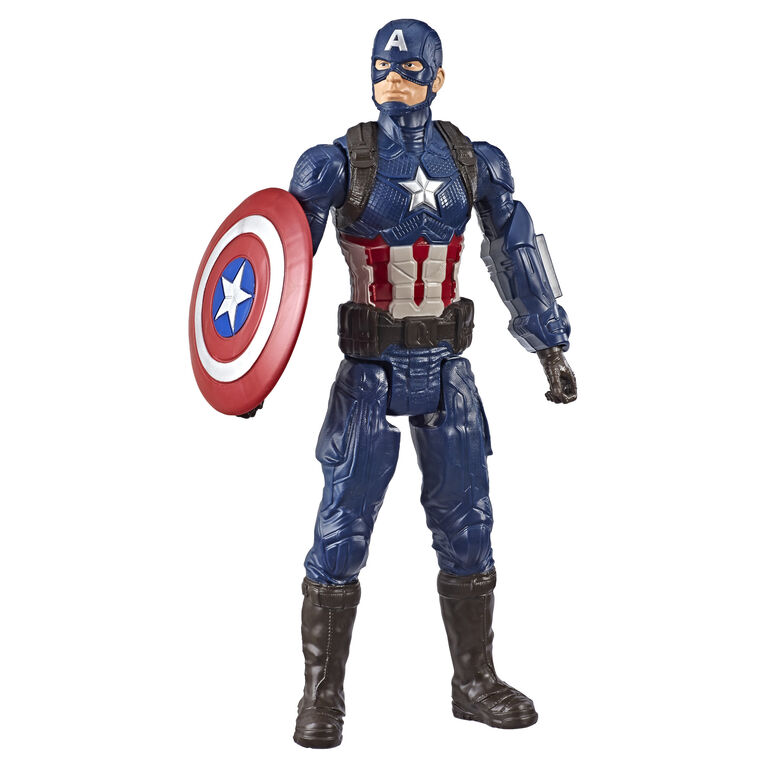 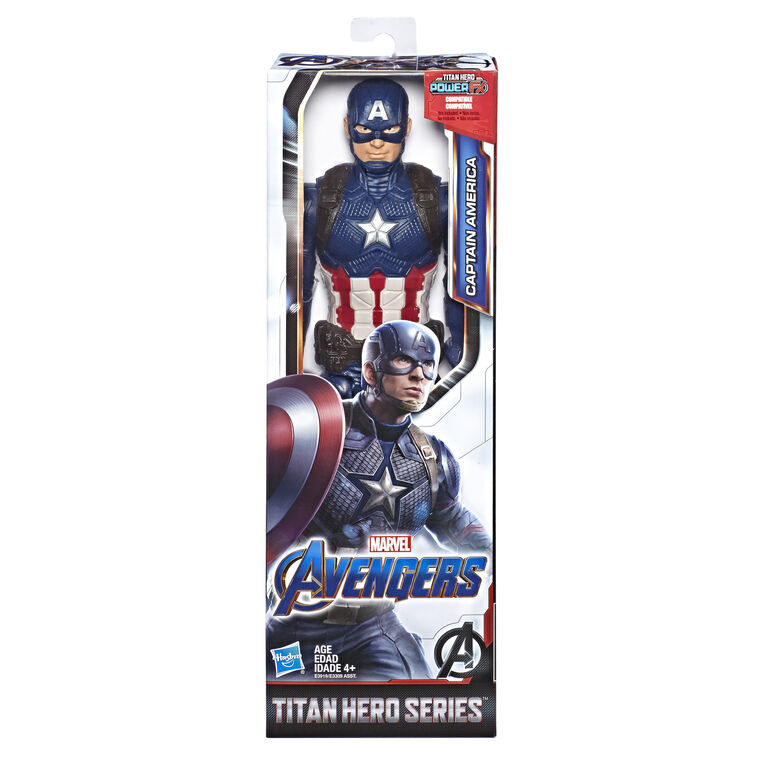 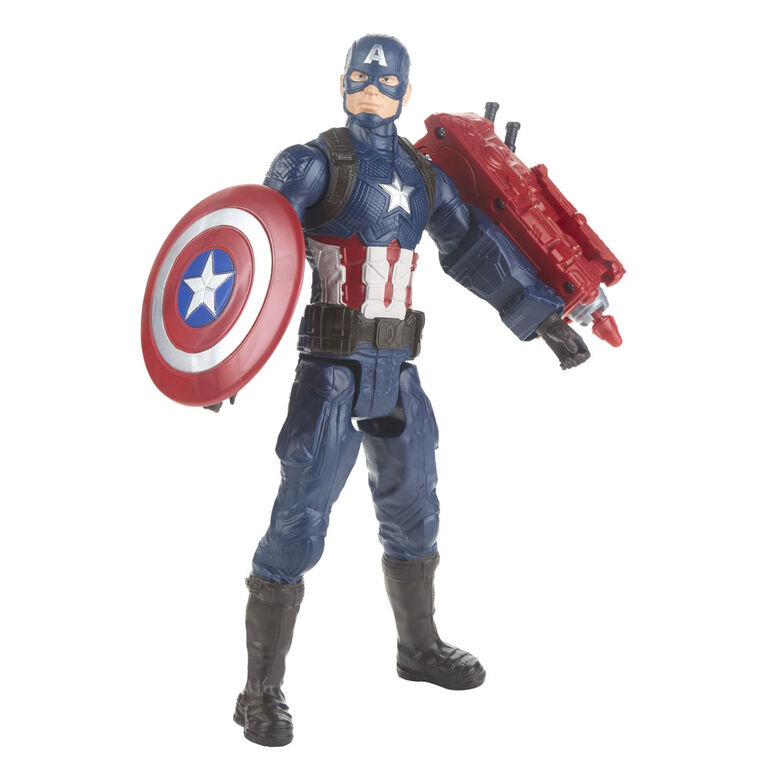 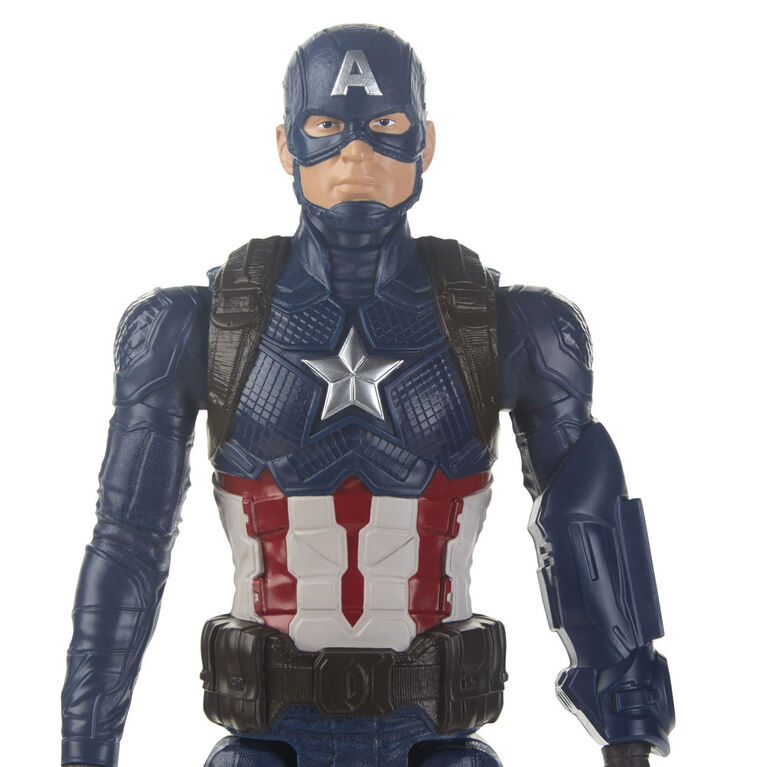 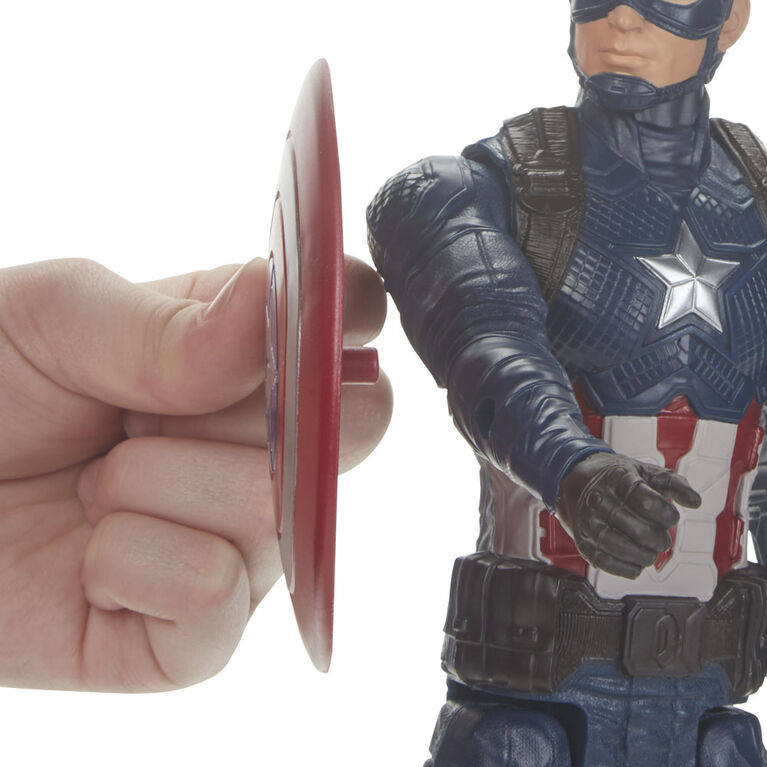 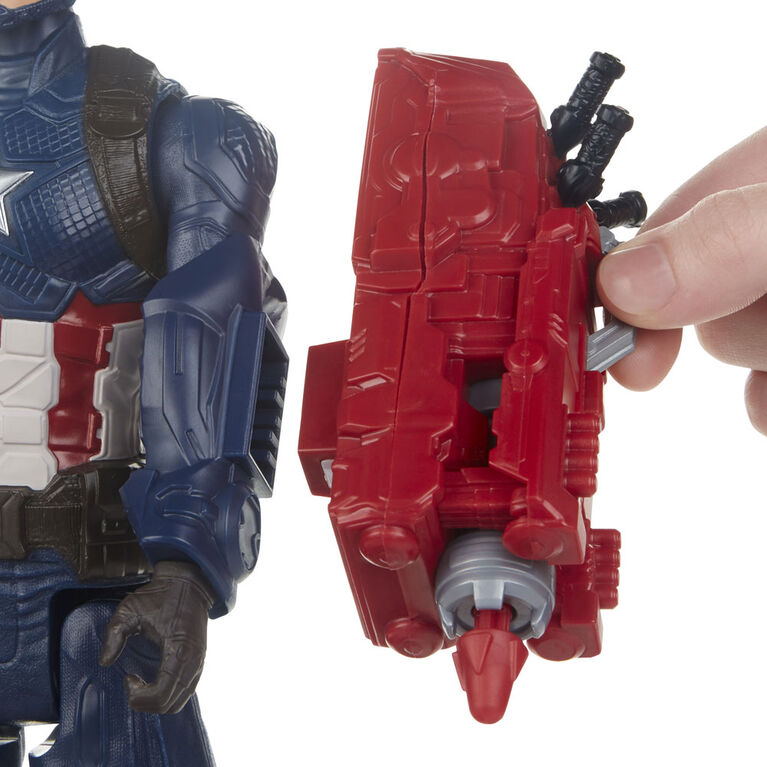 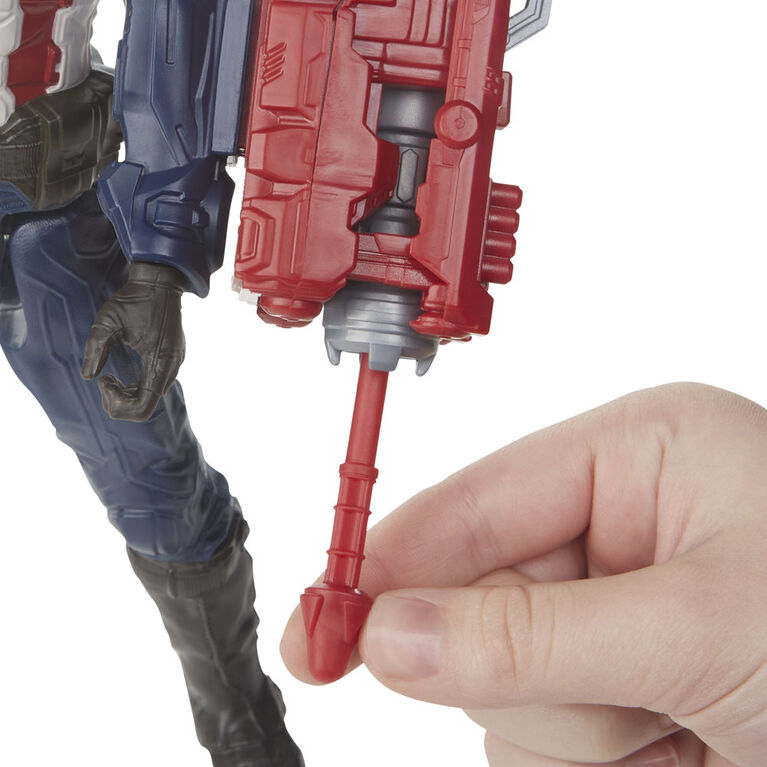 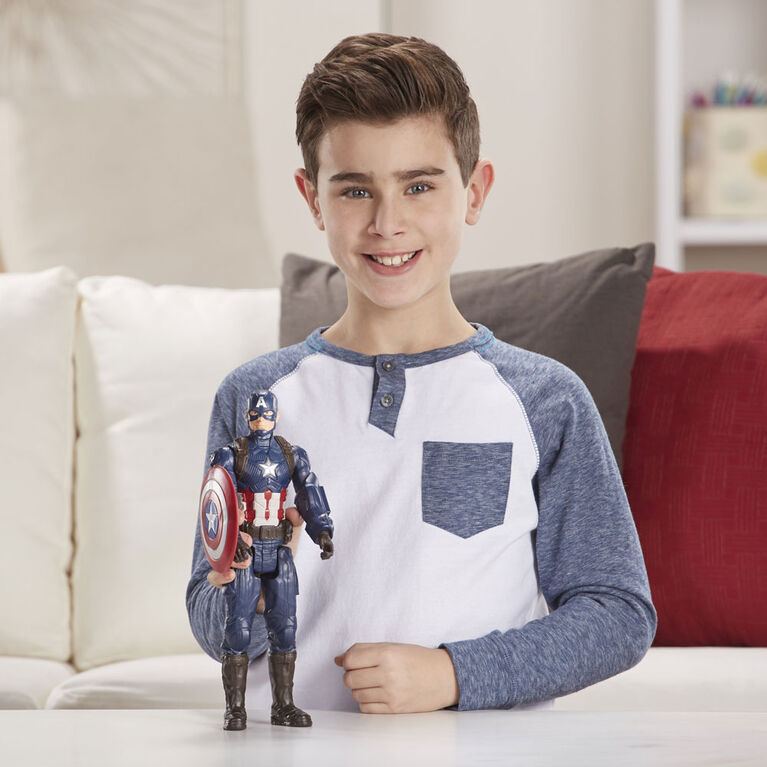 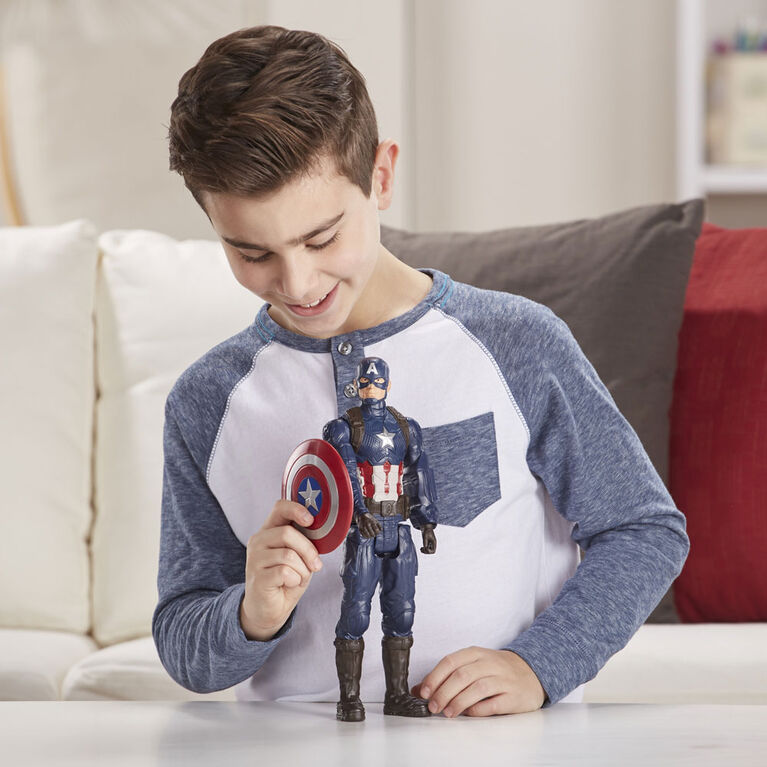 Imagine the patriotic First Avenger launching his Vibranium shield in battle with this Captain America figure from the Titan Hero Series! When kids connect the Titan Hero Power FX launcher (not included; sold separately with Titan Hero Power FX figures) to this figure's arm port, they can activate character-specific sounds and phrases and launch projectiles!