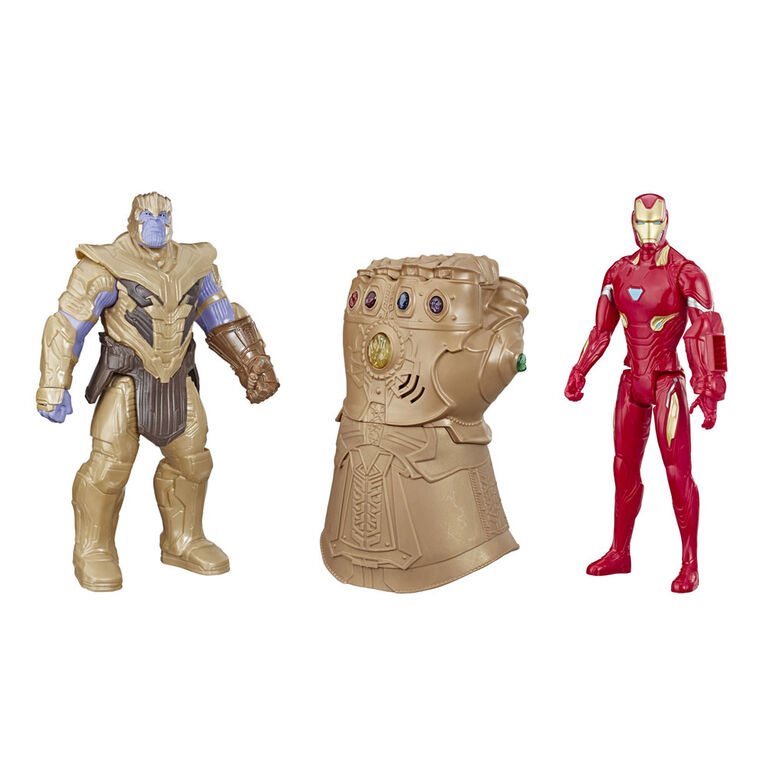 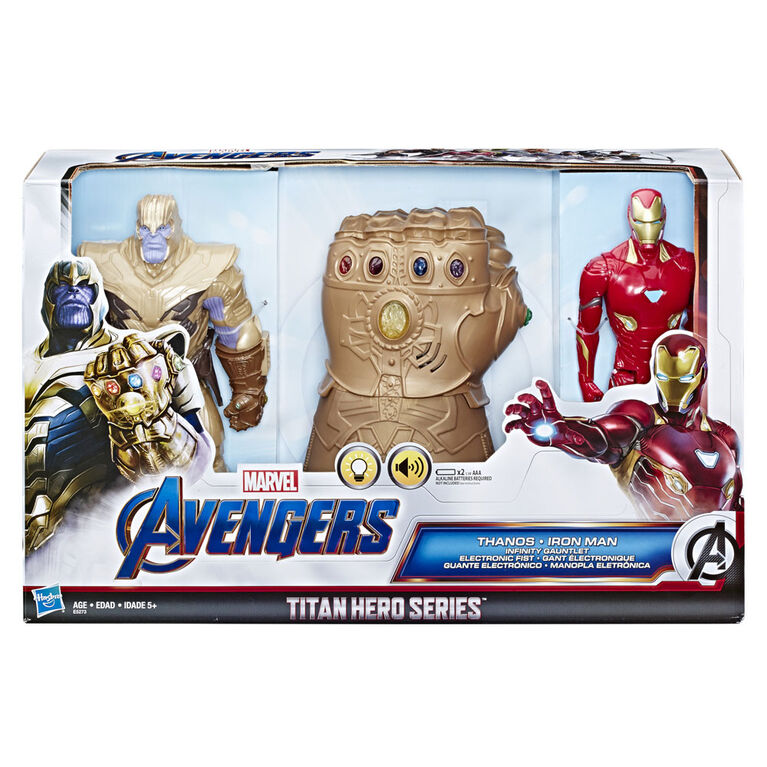 Imagine leaping into adventure with Avengers figures, vehicles, and roleplay items inspired by the Marvel Universe. With this classic-inspired toy, kids can imagine all the action of the Marvel Universe with their favorite heroes including Captain America, Black Panther, and Captain Marvel, all featured on Disney+. Products each sold separately. Subject to availability.

Kids can imagine heroic characters charging into battle with these figures from the Titan Hero Series!

Ages 5 and up
WARNING: CHOKING HAZARD - Small parts may be generated. Not for children under 4 years.
Requires two AAA batteries. Batteries not included.