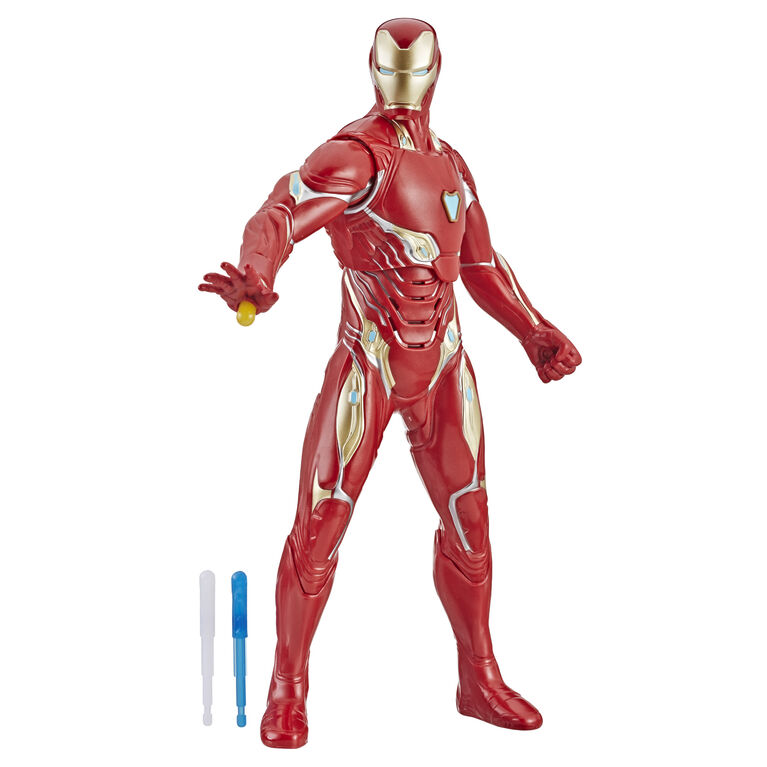 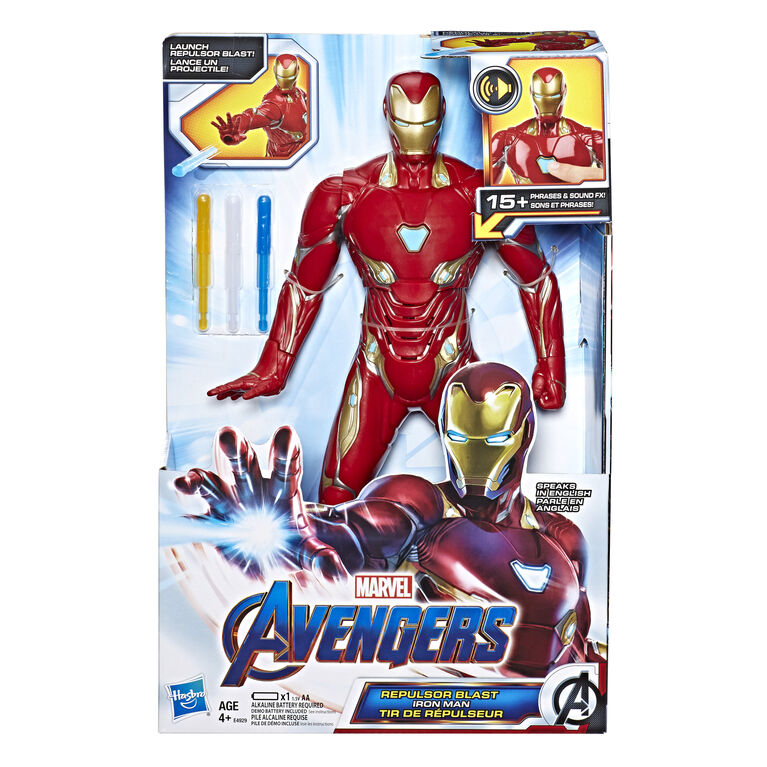 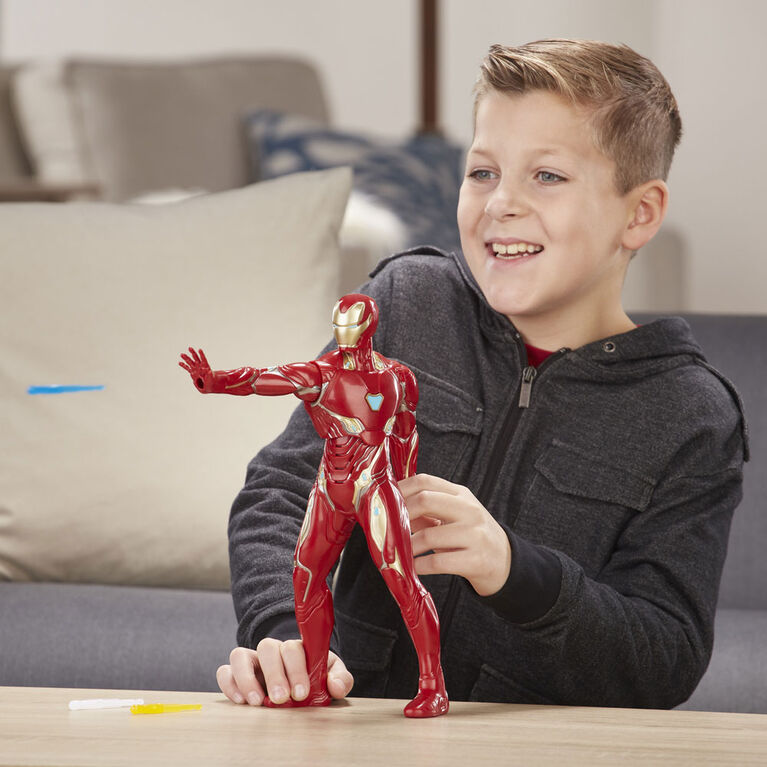 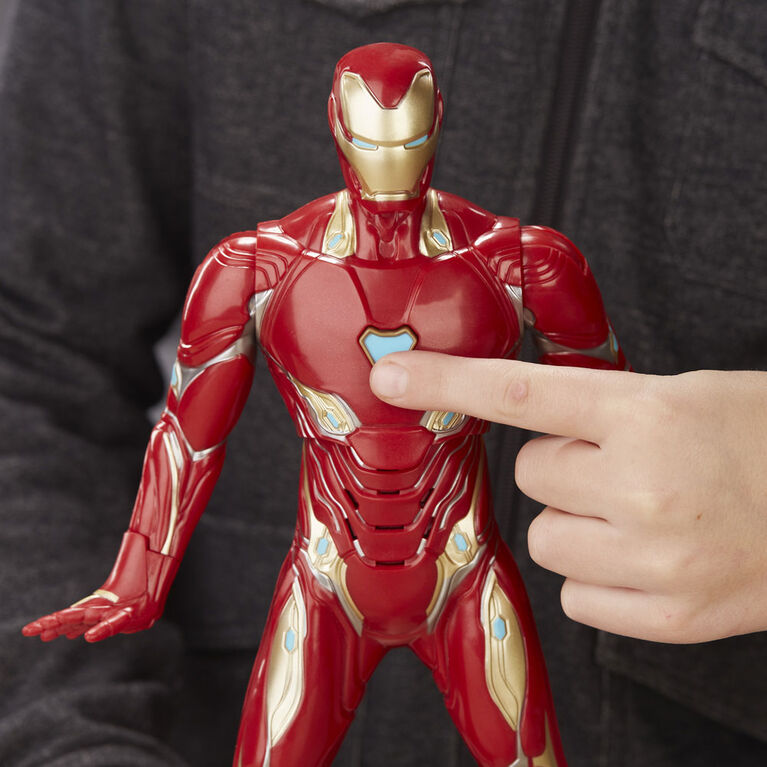 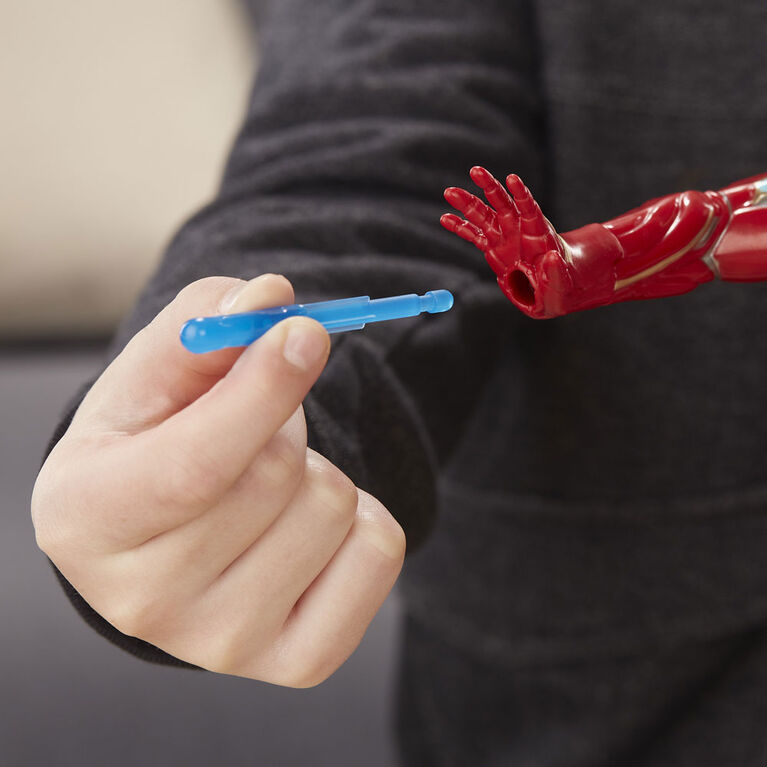 Tony Stark gears up in his suit full of technological upgrades to become the Armored Avenger, Iron Man.

This 13-inch-scale Repulsor Blast Iron Man action figure features 20+ sound effects and phrases from the Avengers: Endgame movie, part of the Marvel Cinematic Universe. Fans and kids can activate the repulsor blast feature and imagine the armored Super Hero battling for the future of the galaxy alongside the other Avengers.