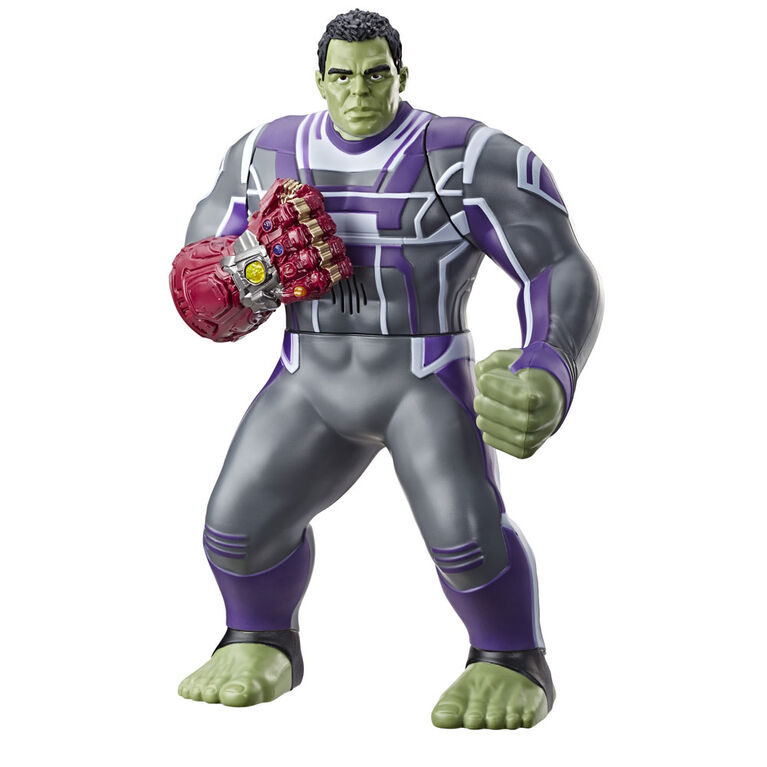 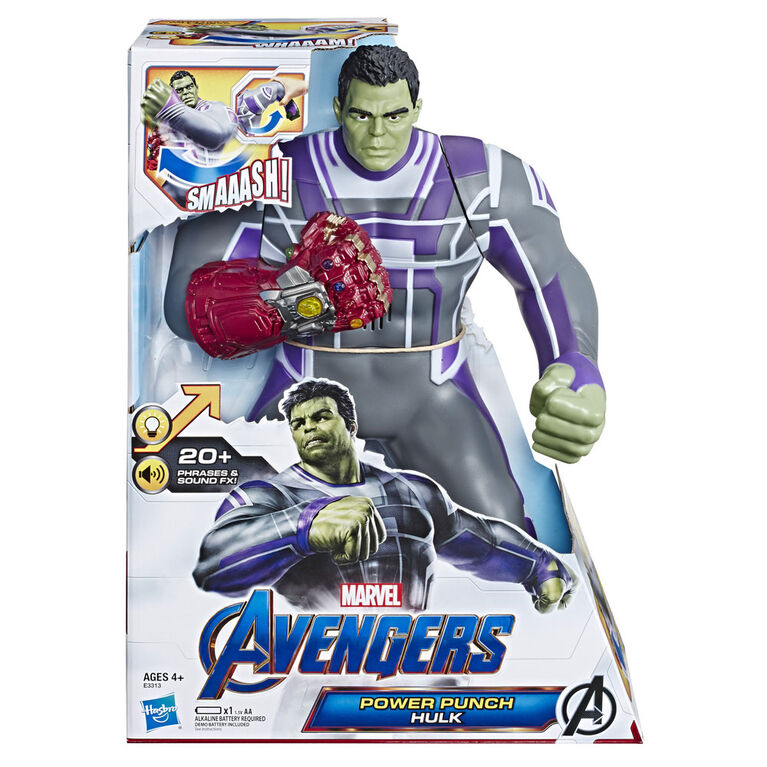 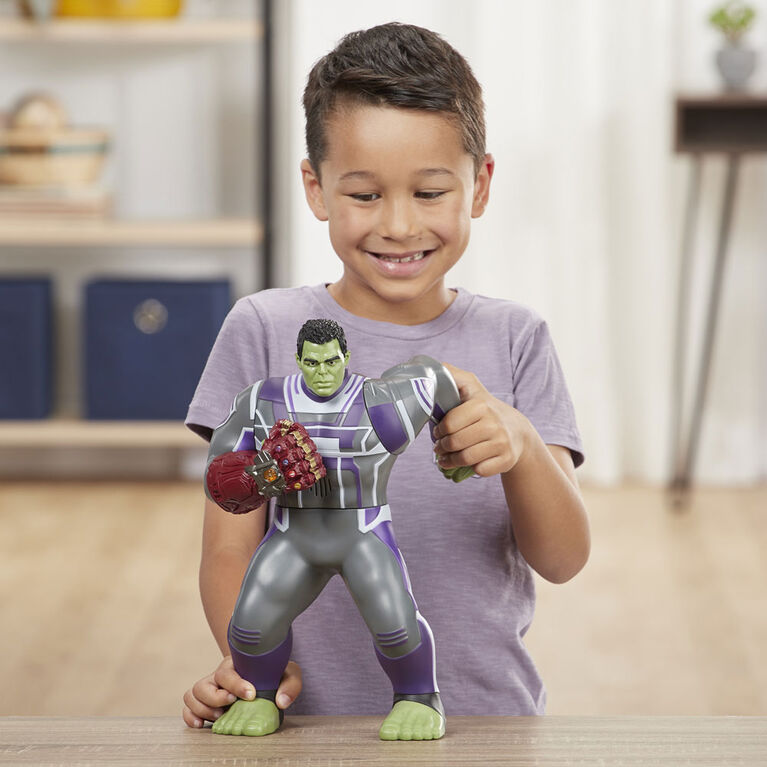 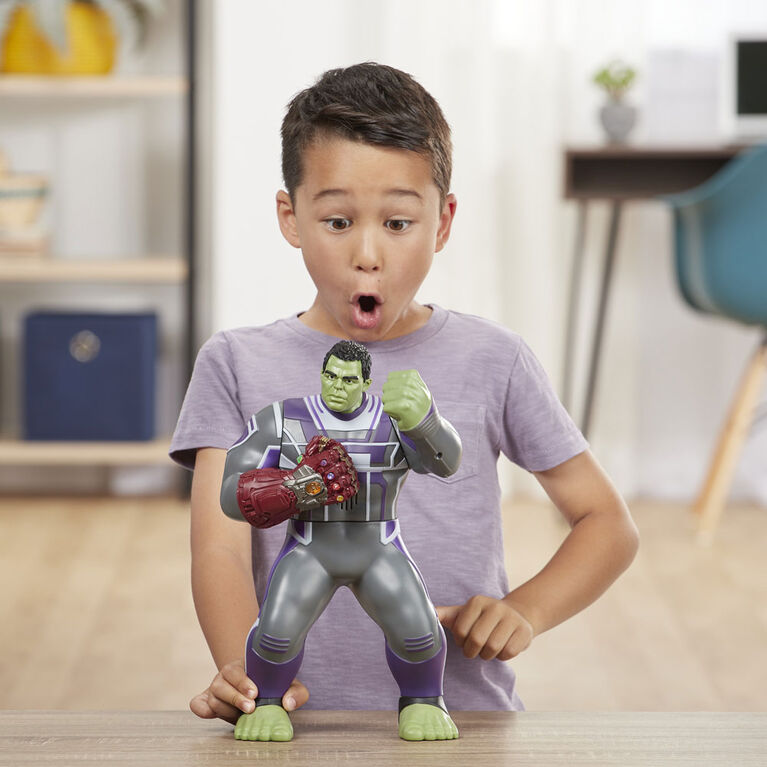 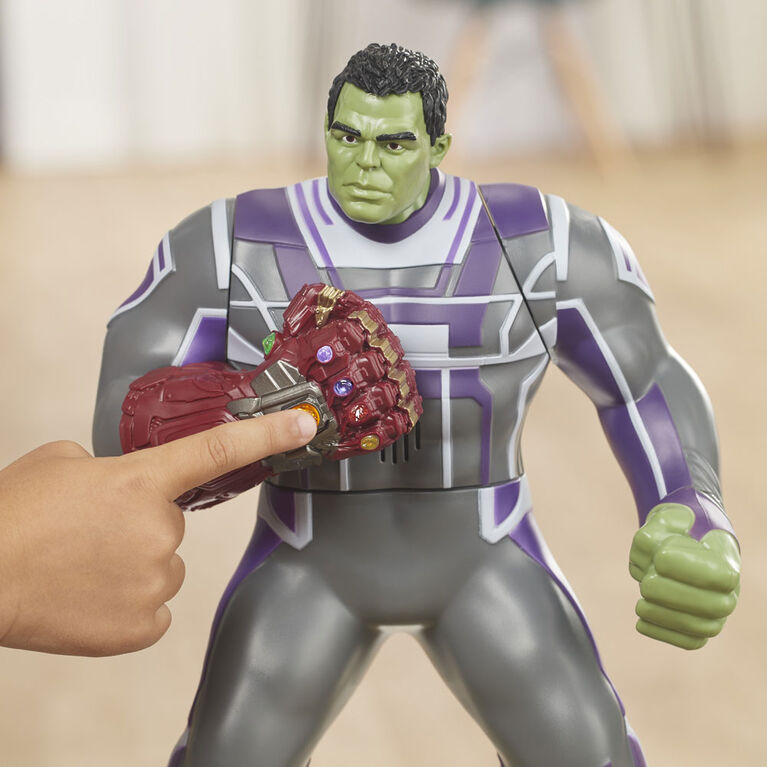 Bruce Banner has once again transformed into the Avengers' strongest and angriest hero, Hulk. And this time, the big green beast is suited up in some new gear! The Power Punch Hulk figure dons a detailed suit and gauntlet inspired by the Avengers: Endgame movie.

Avengers: Endgame is the next chapter in the Marvel Avengers movie franchise, which includes blockbusters like Avengers: Infinity War. The Marvel Cinematic Universe features heroes like Hulk, Spider-Man, Iron Man, Captain Marvel, and Black Panther. With Avengers: Endgame-inspired toys fans and collectors can imagine their favorite characters fighting in epic battles to protect the universe.

This 13.75-inch Power Punch Hulk figure features over 20 sounds and phrases from the Avengers: Endgame movie. Hulk's pull back and release punch action allows fans to imagine the Green Guy throwing down with his fellow Avengers against the intergalactic warlord, Thanos.