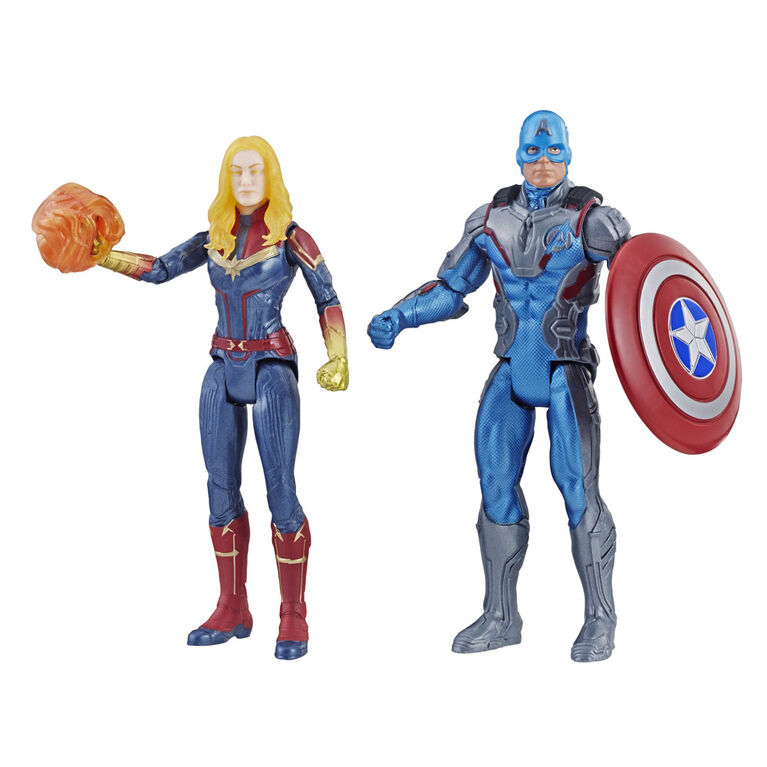 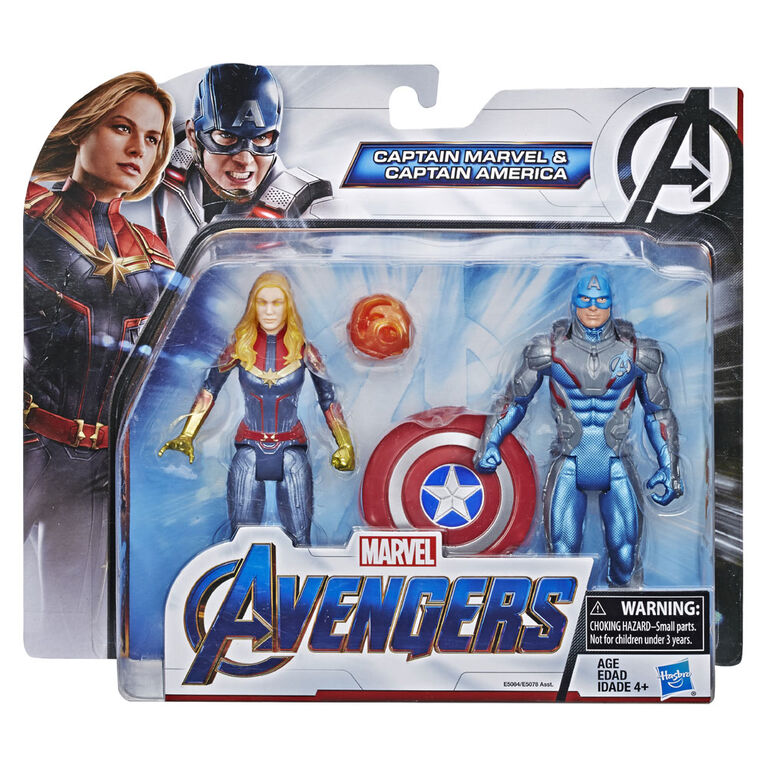 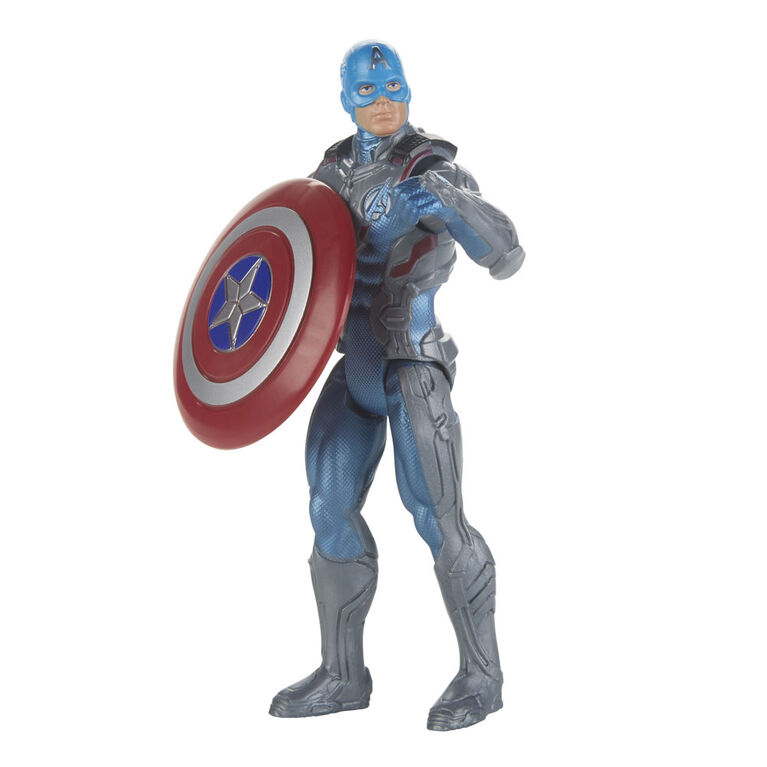 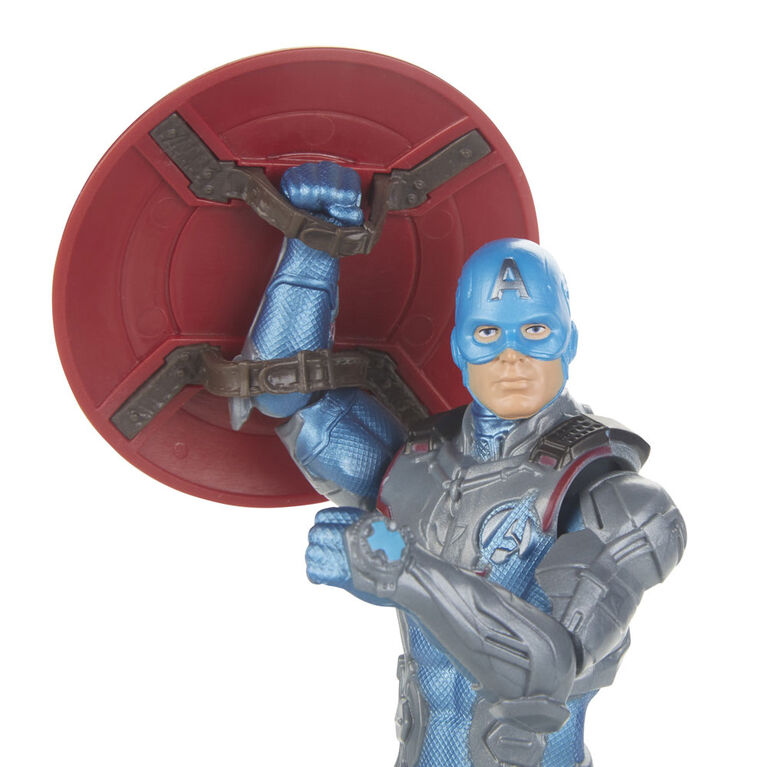 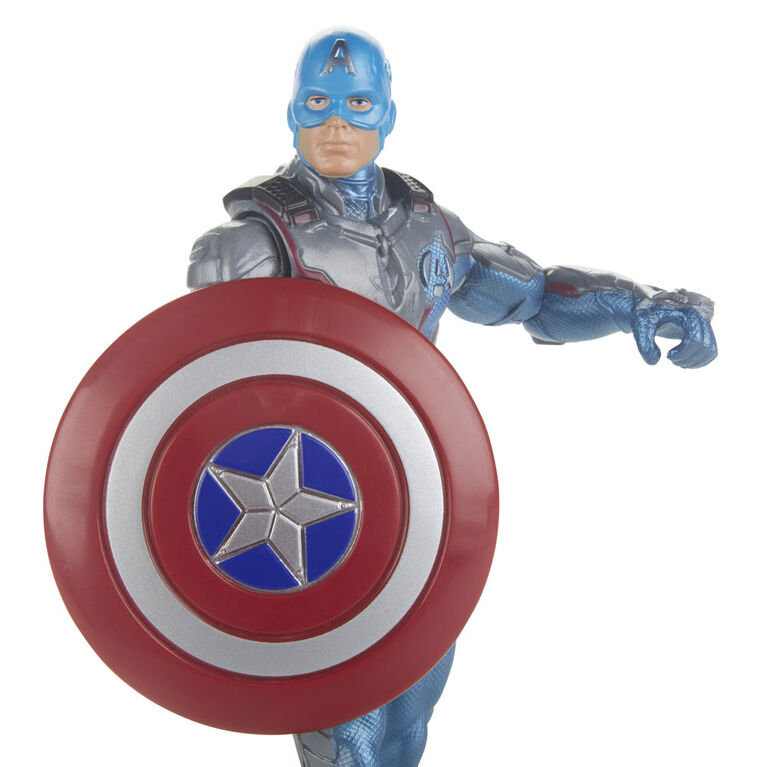 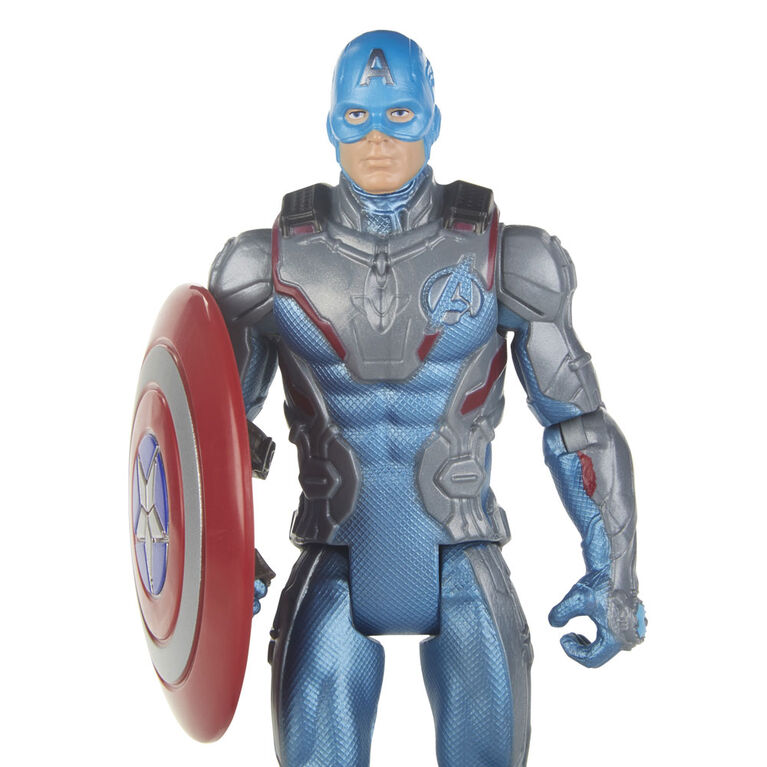 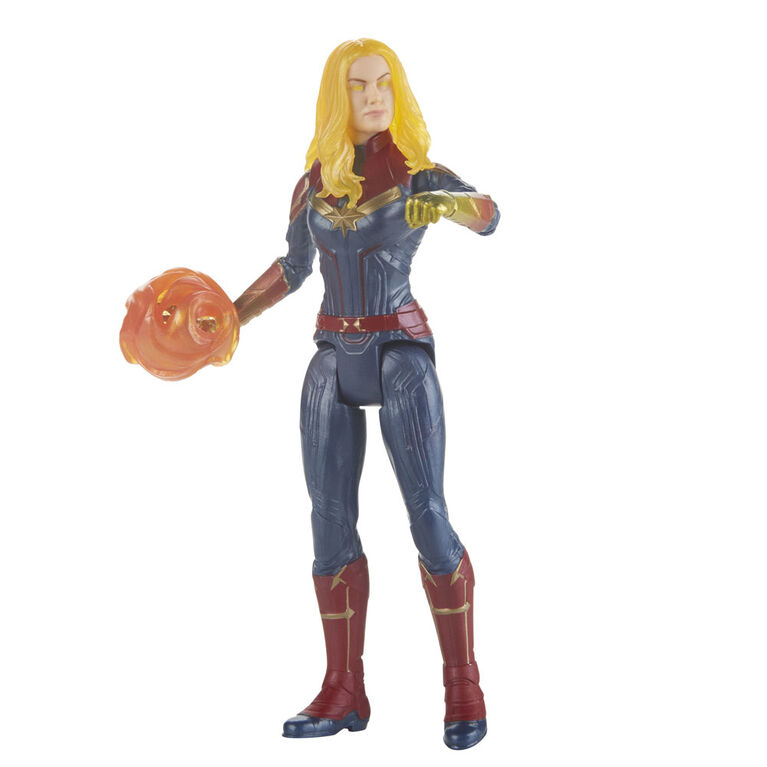 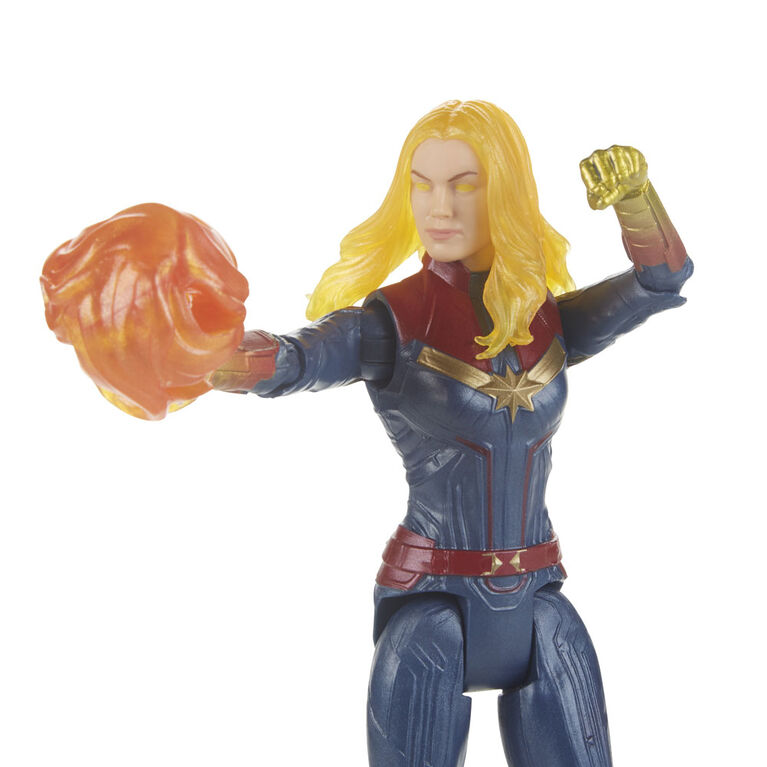 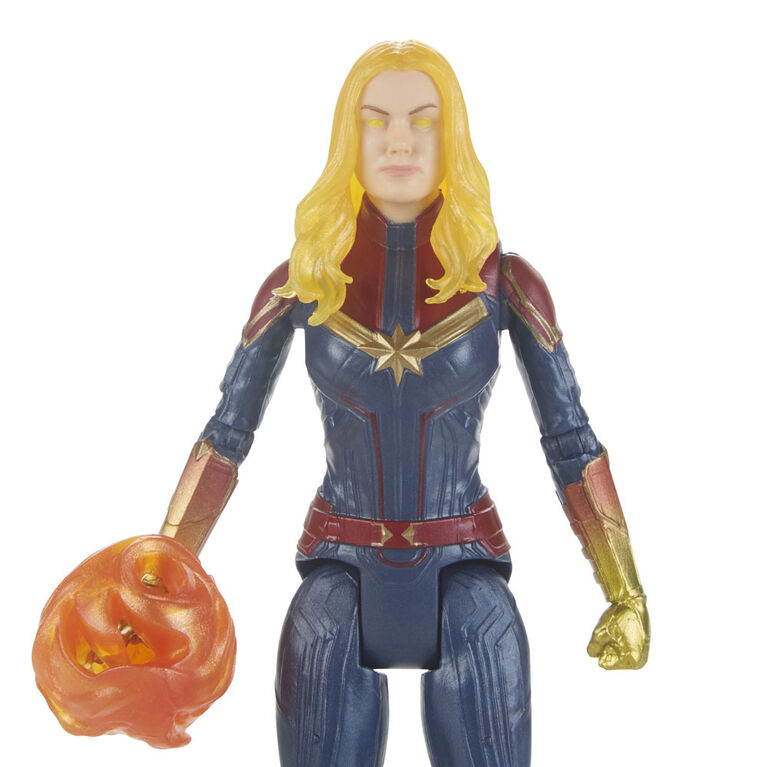 Steve Rogers suits up as the patriotic Captain America to defend the world from evil. Carol Danvers flies into action to protect the world as the powerful Captain Marvel.

These 6-inch Avengers figures feature design inspired by Avengers: Endgame, so kids can imagine their favorite Super Heroes battling against the evil Thanos
Captain America powers up in his Team Suit and Captain Marvel unleashes her incredible Photon power to take on the toughest of enemies
The first Avenger Captain America and Earth's Mightiest Hero Captain Marvel team up to stop Thanos and his evil plans to wield the Infinity Stones
When kids play with 6-inch Marvel figures they can imagine the action of the Marvel Universe when Super Heroes unite to stop the forces of evil from destroying the universe
Look for other Avengers: Endgame figures (each sold separately) to imagine even more adventures in the Marvel Universe