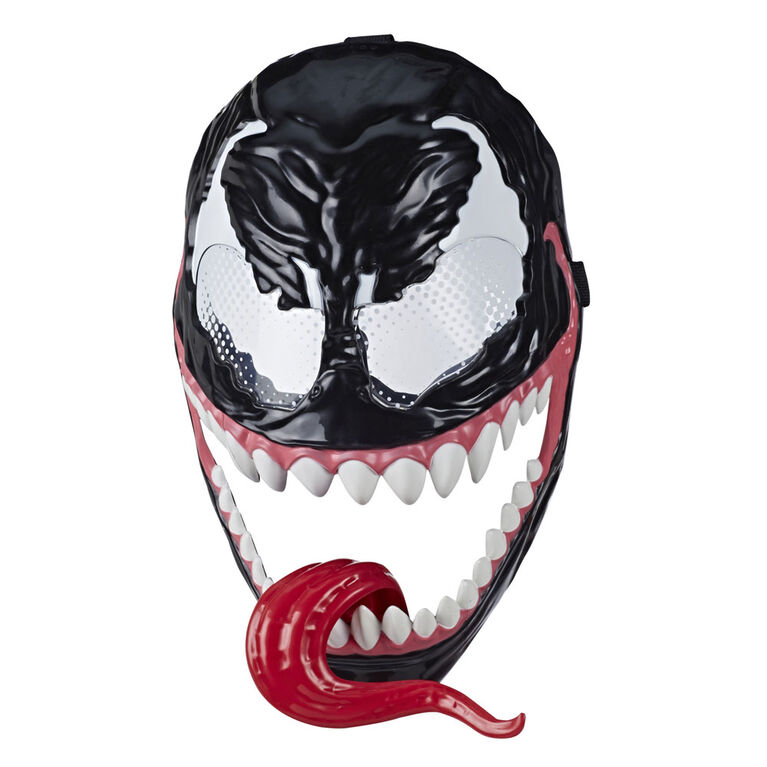 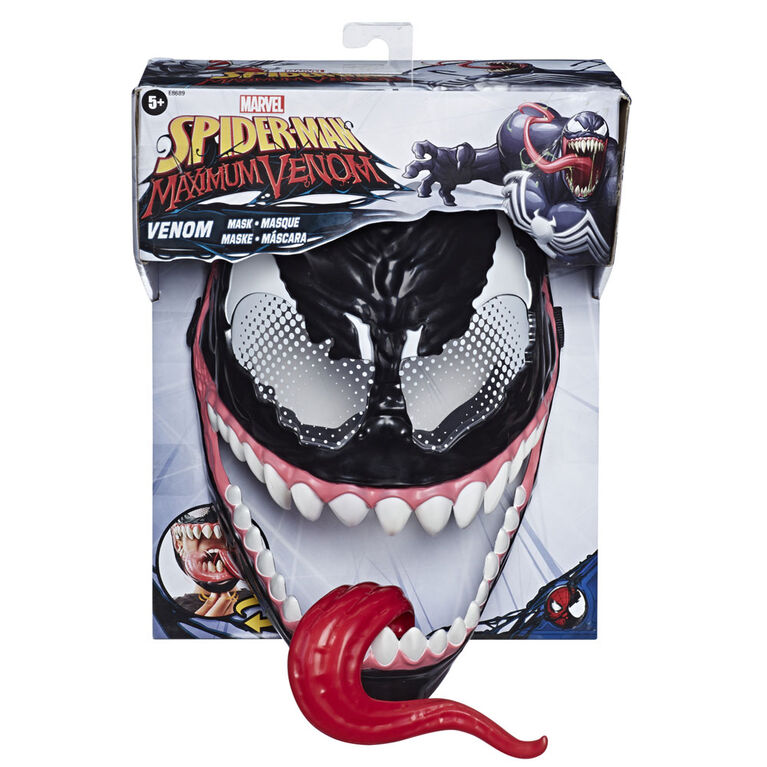 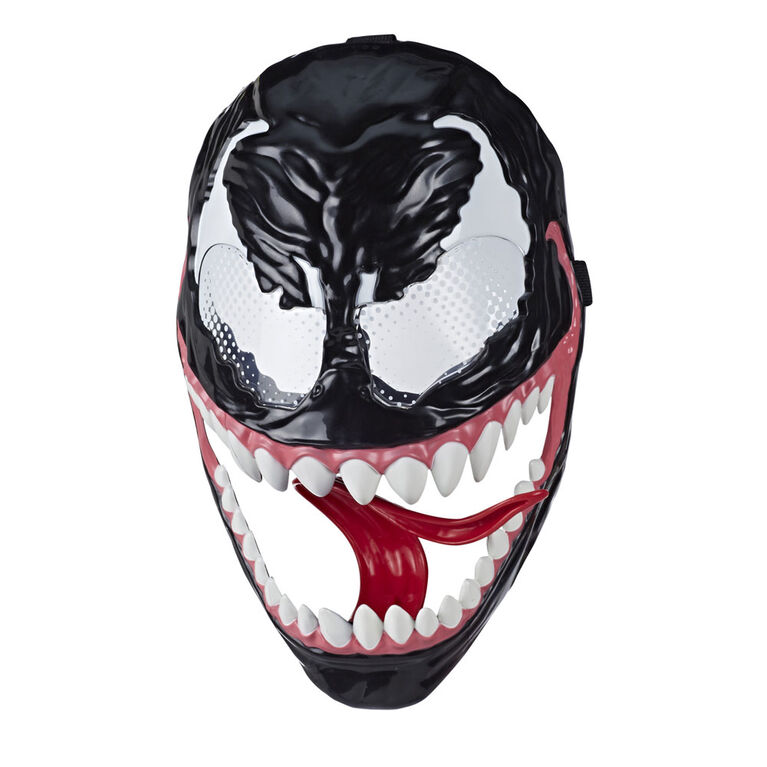 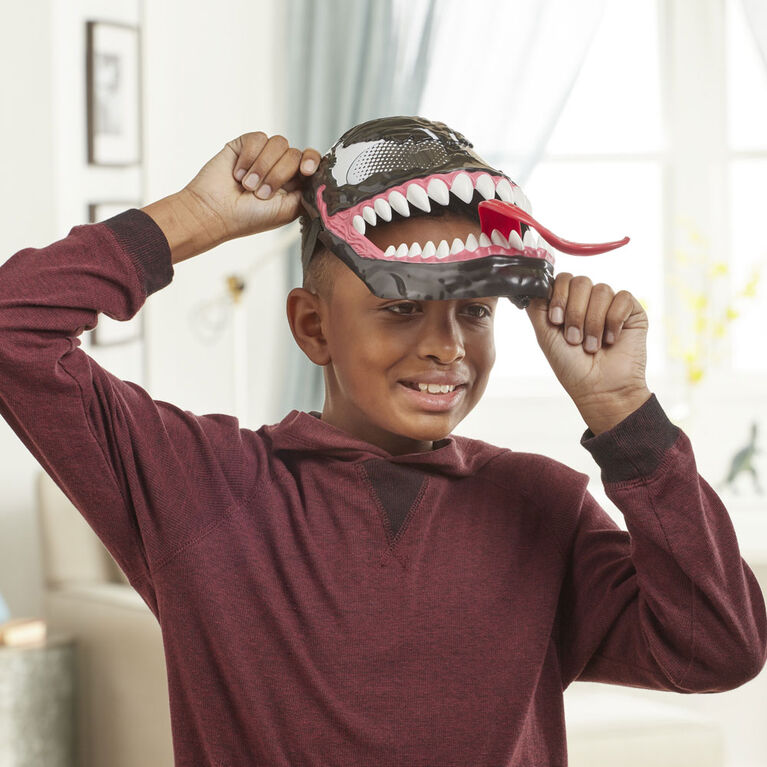 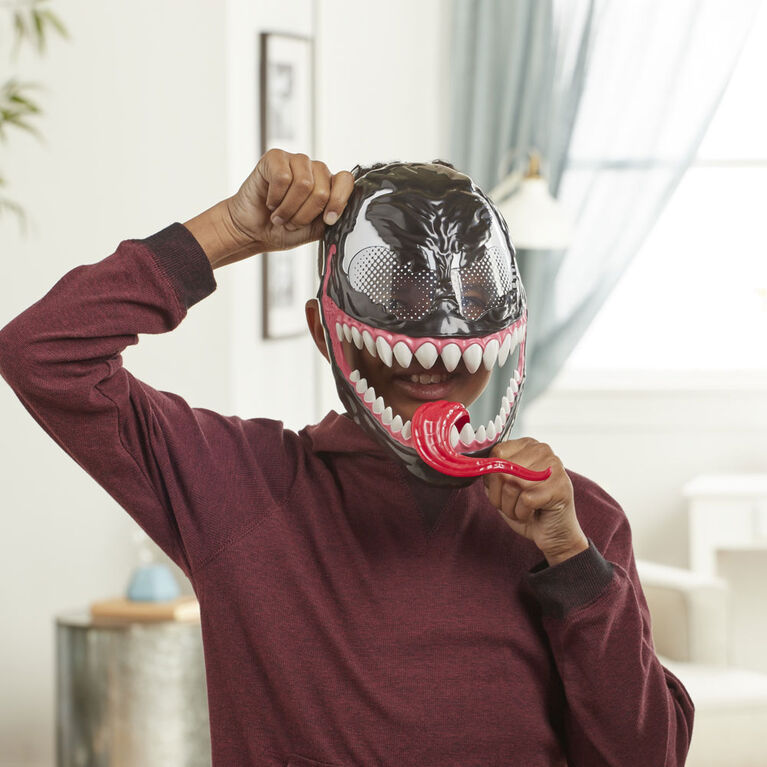 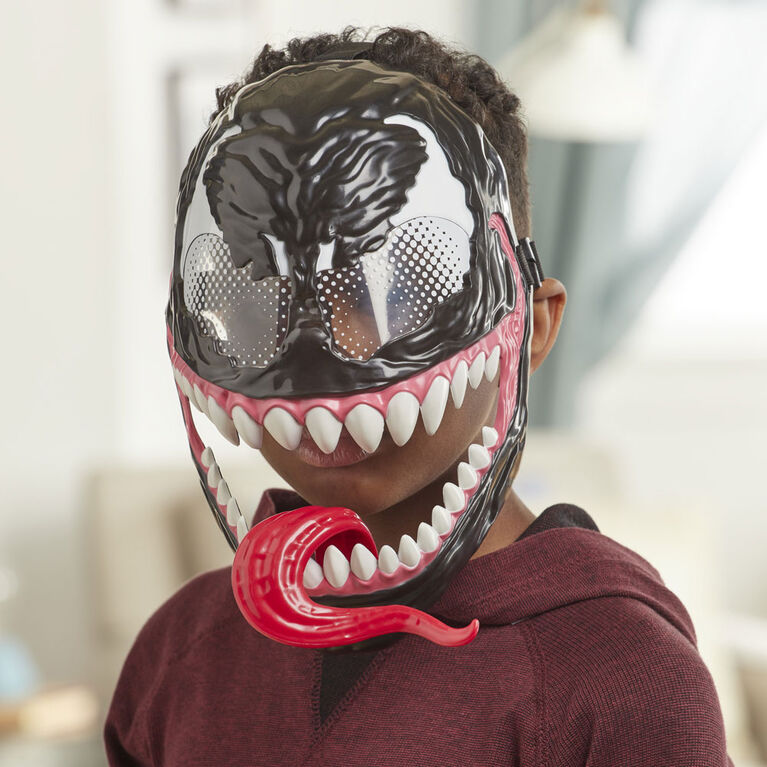 Kids can suit up like Venom with this mask inspired by the Marvel,s Spider-Man animated series and the Maximum Venom season! This cool mask has a lever-activated tongue feature that swings from side to side for sinister symbiote fun. Imagine swinging through the city streets and doing battle with Spider-Man as the evil Venom! Includes an adjustable strap that fits mere mortals.

Includes: Mask.
Ages 5 and up.

WARNING: Small parts may be generated.