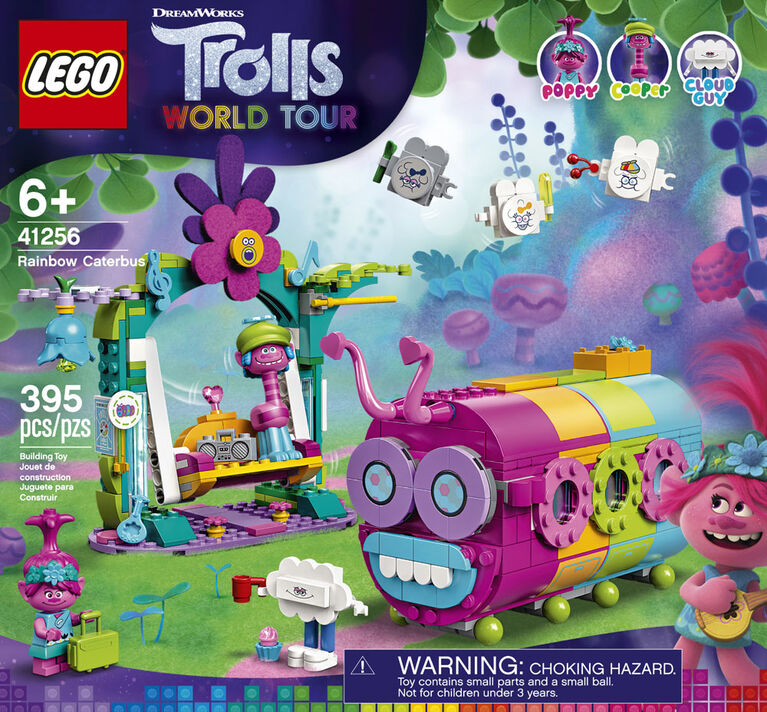 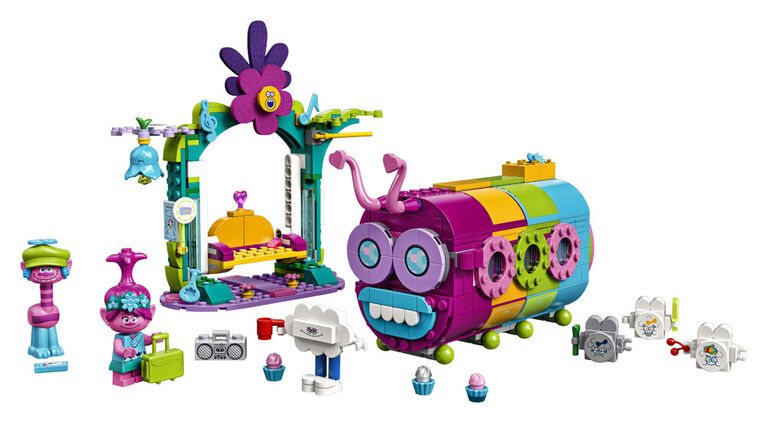 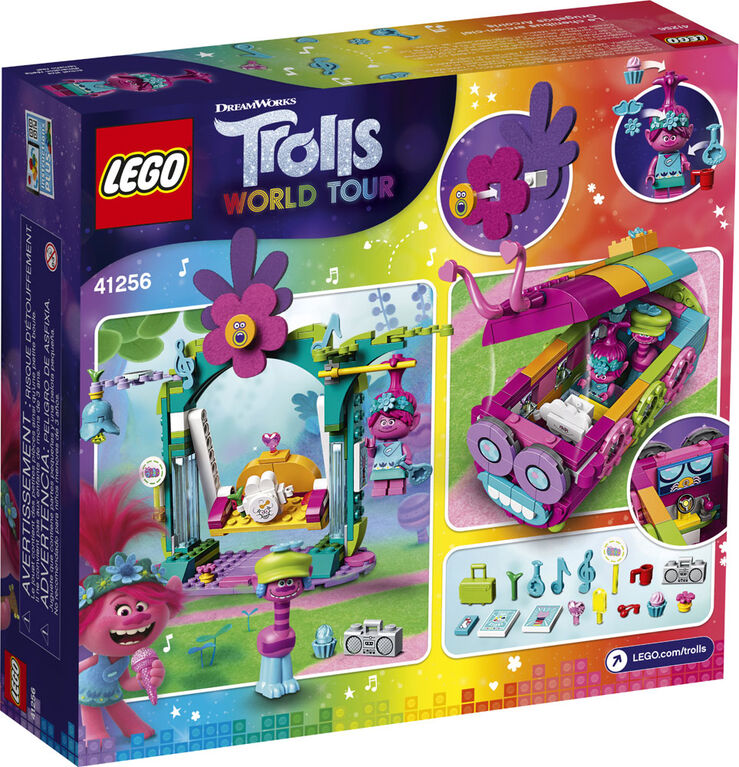 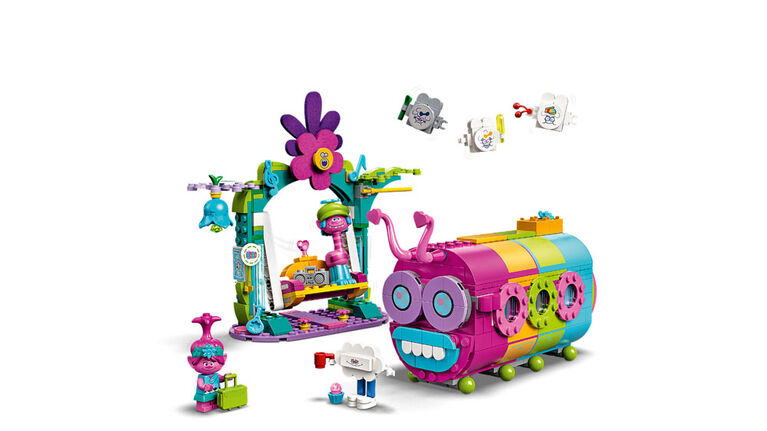 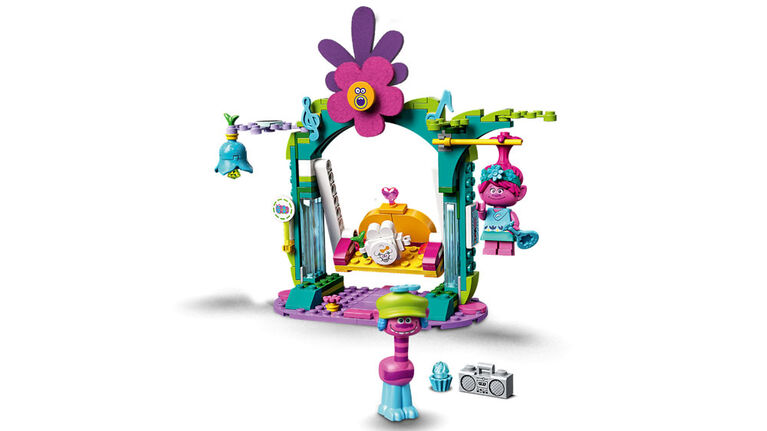 The LEGO Trolls World Tour Rainbow Caterbus (41256) is here! Trolls fans will have so much fun joining Poppy, Cooper, Cloud Guy (and 3 cloud babies) for a journey in this amazing Caterpillar bus playset inspired by the TROLLS WORLD TOUR movie. They can build all the cool elements of this detailed set and then recreate their favorite scenes from the movie. 6 Trolls figures bring imaginative play to life There's so much going on in this feature-packed set. Kids can have fun waiting at the toy bus station. Then, when the caterpillar bus arrives, they can pop all their Trolls figures inside for a ride. With Poppy and Cooper Troll minifigures, plus four buildable brick characters - Cloud Guy and his three cloud babies - there's plenty of opportunity for creative play. Creative gifts inspired by the new DreamWorks Trolls movie If you're looking for Trolls toys for kids who love Poppy and her pals, LEGO Trolls World Tour collectible toy sets are a great choice.