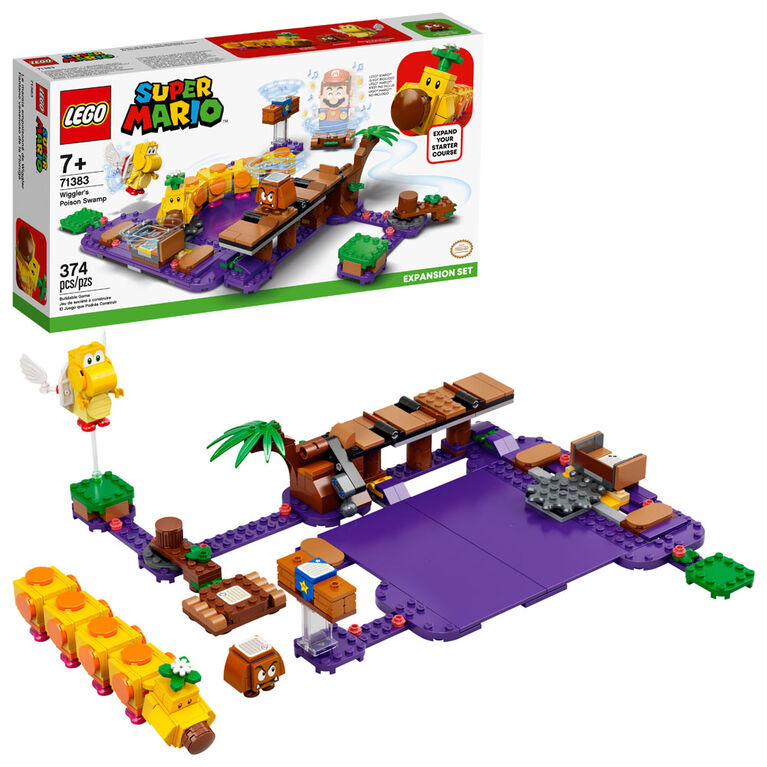 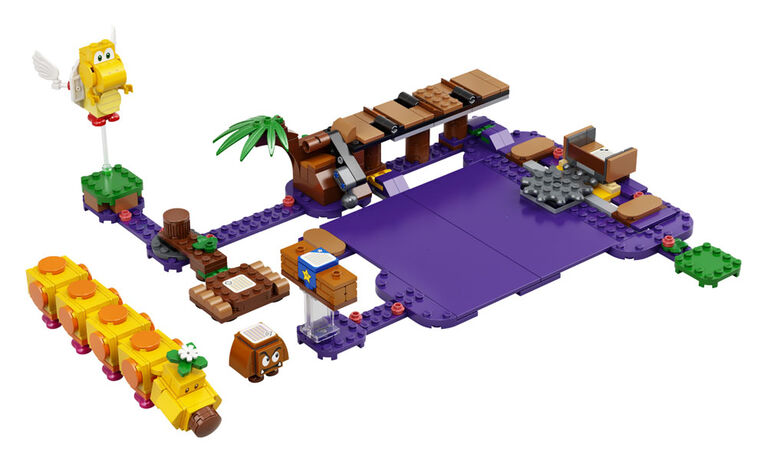 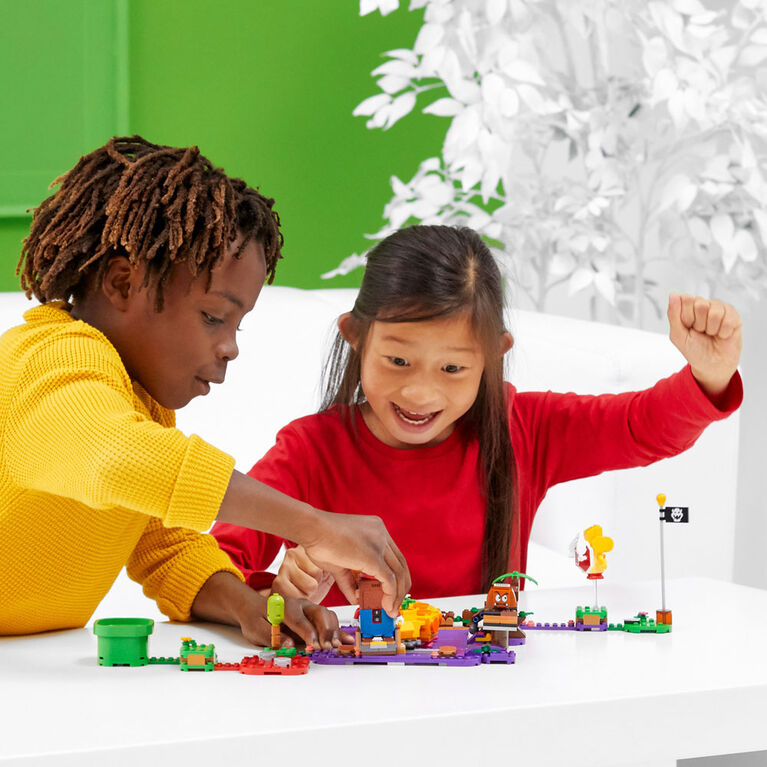 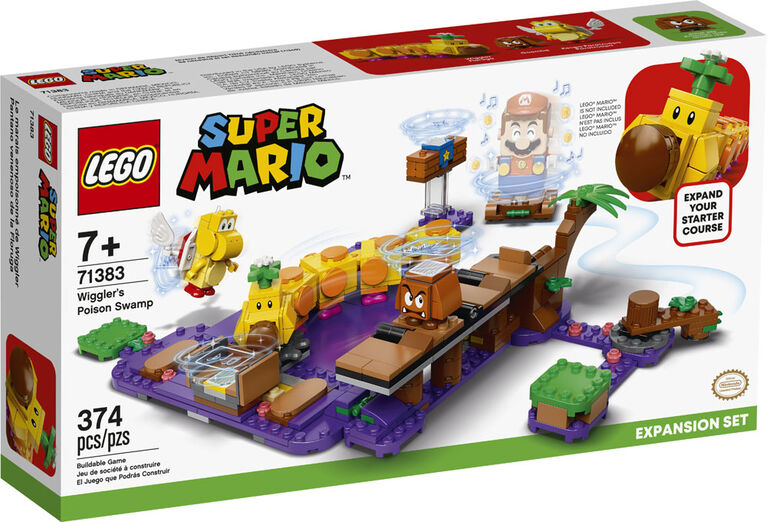 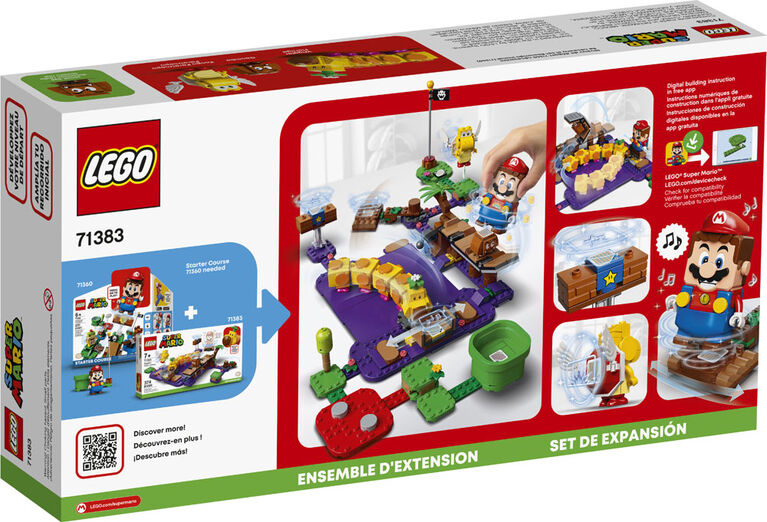 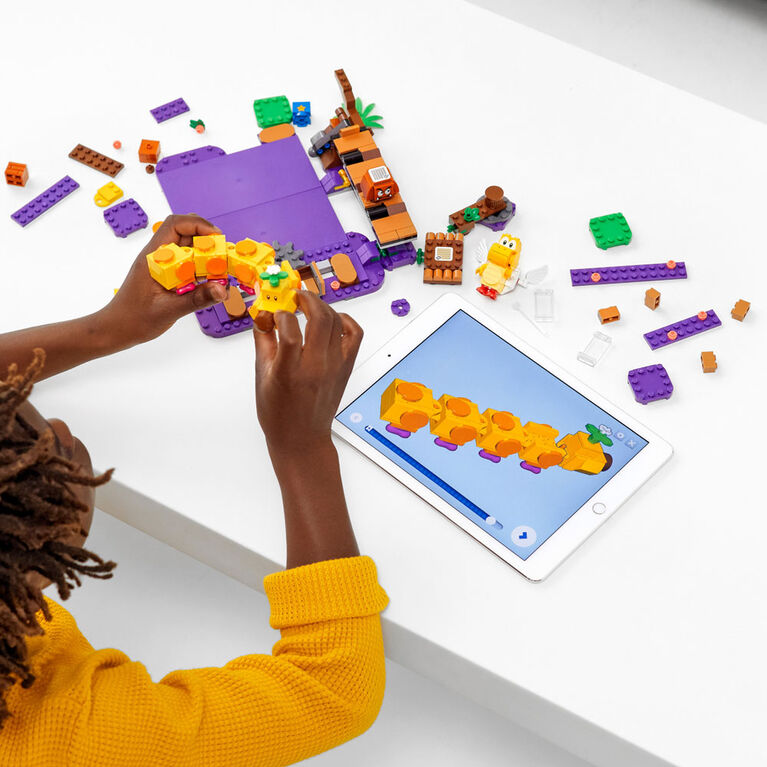 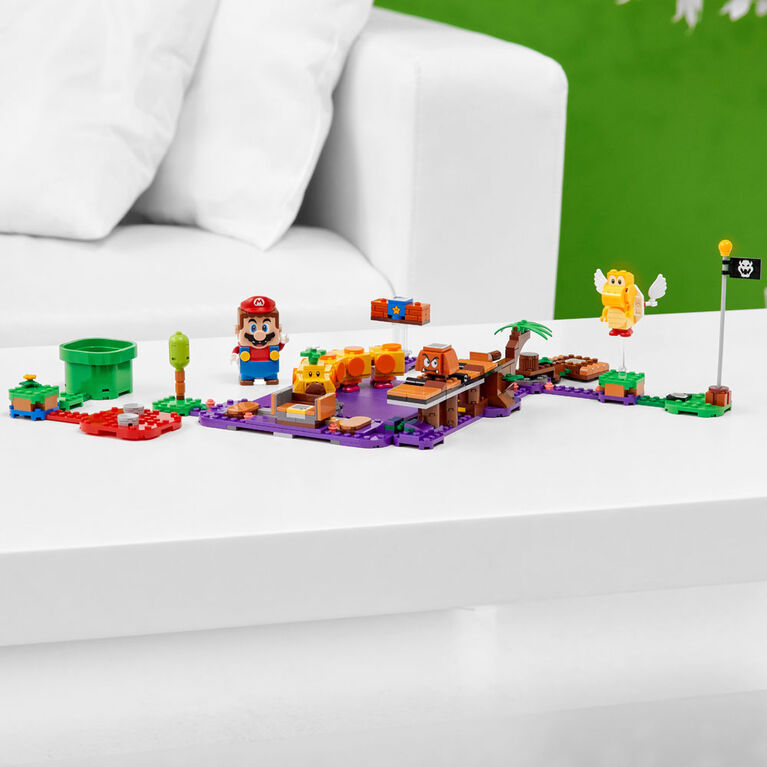 Let kids build their own challenging Soda Jungle level with Wiggler's Poison Swamp Expansion Set (71383) to add even more excitement to their LEGO Super Mario universe. It features a sliding platform to battle the Wiggler, folding bridge, detachable raft and a Super Star Block, plus a Wiggler, Goomba and Koopa Paratroopa for LEGO Mario (figure not included) to defeat. (Note: the 71360 Starter Course set, featuring the LEGO Mario figure, is required for interactive play.) Fun app Make building this set even more fun with intuitive Instructions PLUS on the free LEGO Super Mario app. It features digital viewing tools, inspirational tips and it is also a safe platform for kids to share their ideas. Unlimited action LEGO Super Mario sets bring a family-favorite Nintendo character into the real world. They make super gifts for kids and are great for solo or group play. The modular Starter Course, Expansion Sets and Power-Up Packs allow fans to build limitless personalized levels.