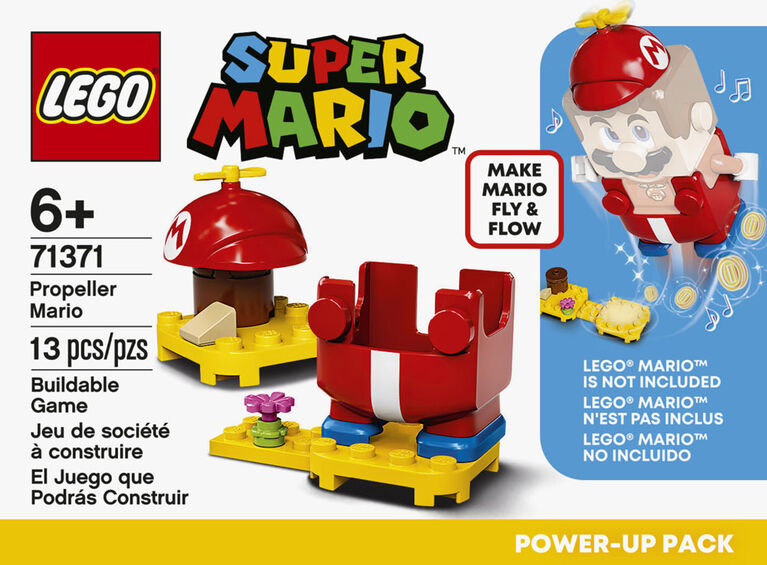 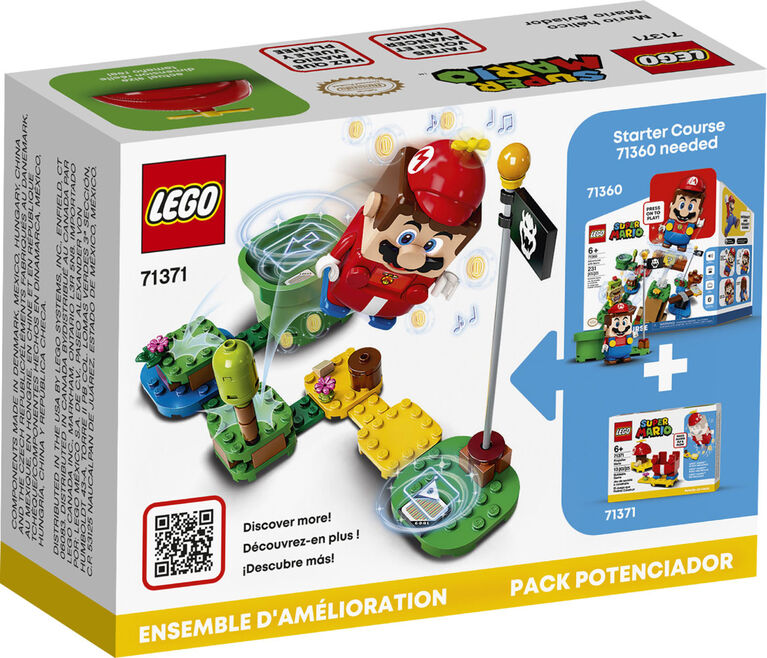 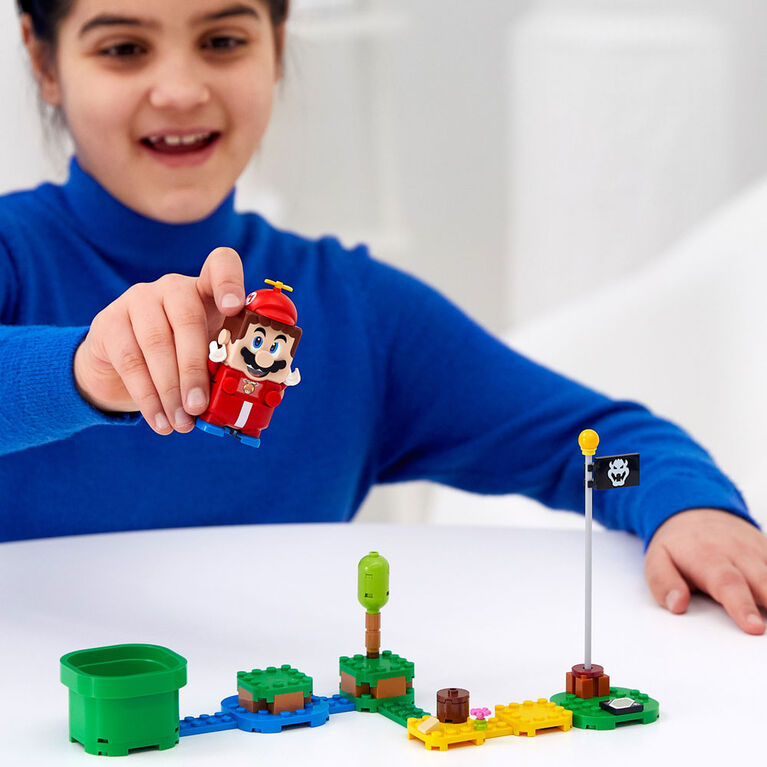 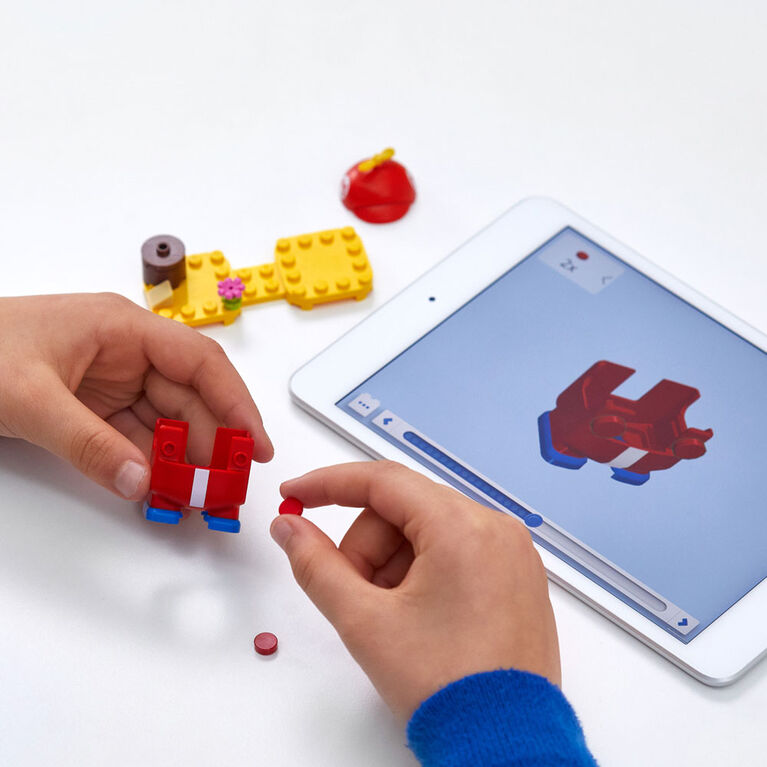 Pinch to zoom
Players can add a new dimension to their LEGO Super Mario games with this Propeller Mario Power-Up Pack (71371). This accessory pack features an interactive outfit with propeller cap for LEGO Mario (figure not included) - propeller sounds are triggered when the player makes LEGO Mario ‘fly' to try and win coins. This building set is a great gift toy for kids who own the Adventures with Mario Starter Course (71360), which includes the LEGO Mario figure. Build and play Building instructions can be found in the box and on the free LEGO Super Mario app. The app also has suggestions for creative ways kids can build and play, and offers a safe platform for kids to share their creations with other LEGO Mario fans. LEGO Mario unlimited! Great for group competitions or solo games, collectible LEGO Super Mario toy playsets bring a family-favorite character into the real world. The Starter Course building toy and Expansion Sets, plus Power-Up Packs, allow players to create their own unique levels.