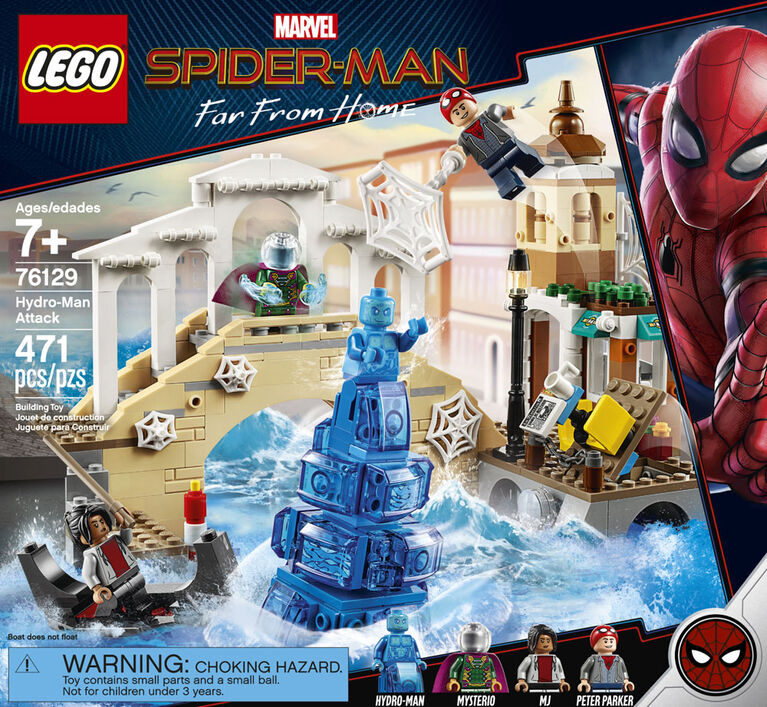 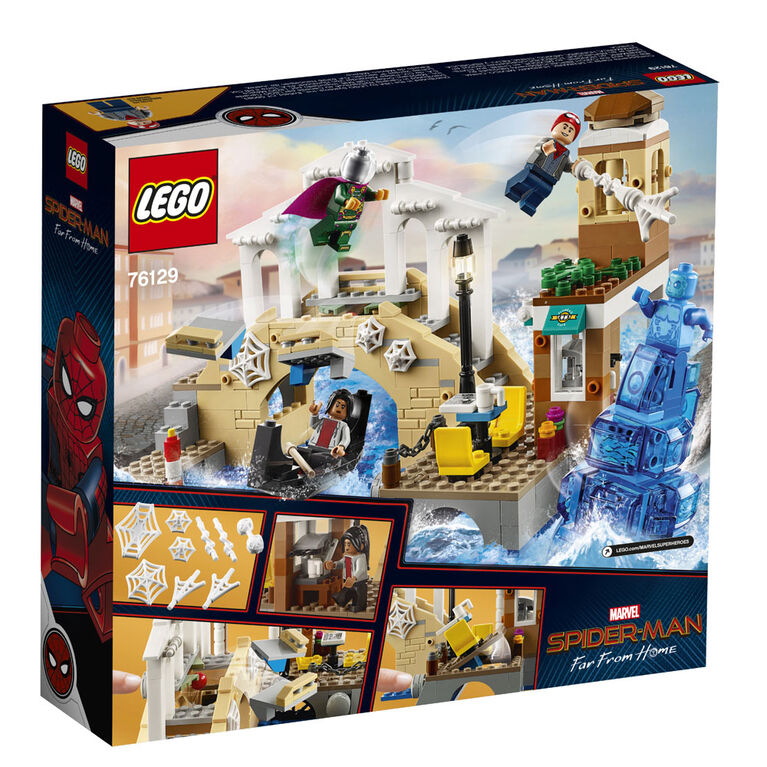 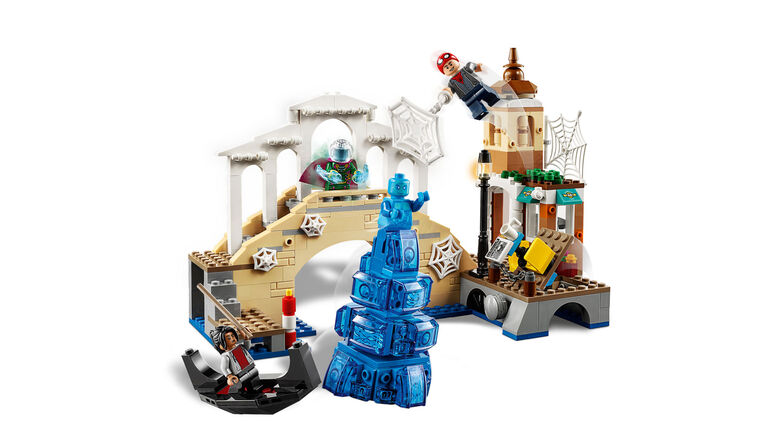 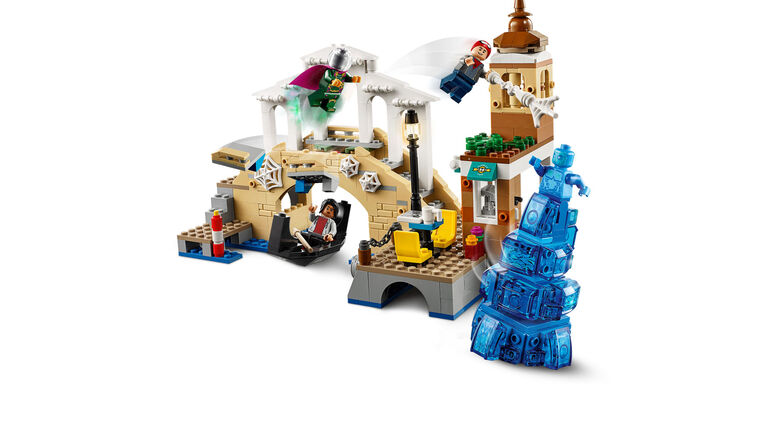 Join Peter Parker and MJ for a romantic visit to Venice, then defend the city against the menacing water creature in LEGO Marvel Spider-Man 76129 Hydro-Man Attack. This action-packed construction toy features a canal-side café with a buildable coffee machine, outside table and minifigure seats and an explode function, plus a bridge with an explode function, attachment points for minifigures and an underground sewer with a LEGO rat figure. This Spider-Man playset also includes a gondola and 4 minifigures with weapons and accessories—including an interchangeable Spider-Man head for Peter Parker and 9 assorted web elements—for creative play and to recreate superhero scenes from Marvel's Spider-Man: Far From Home movie.