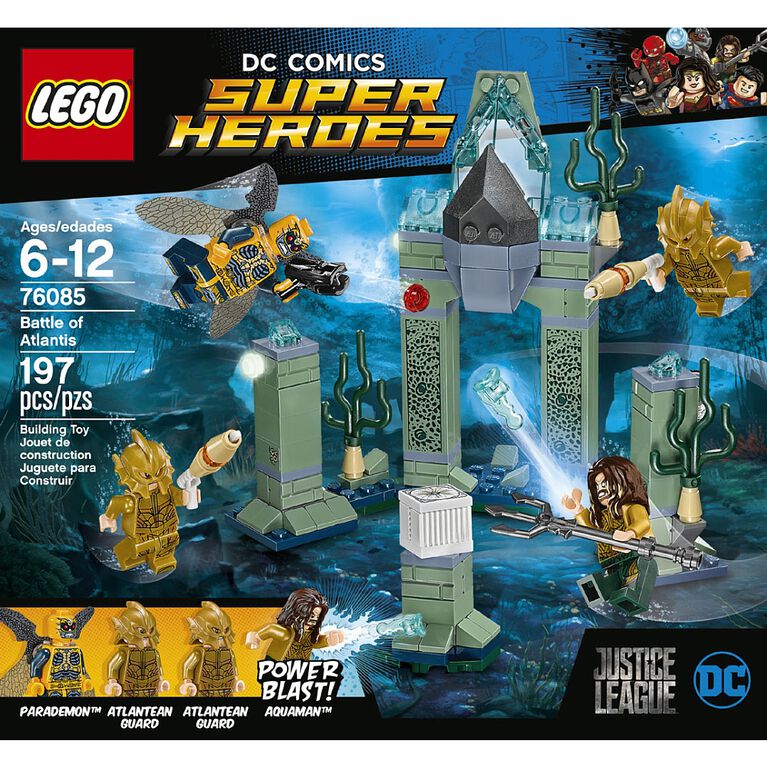 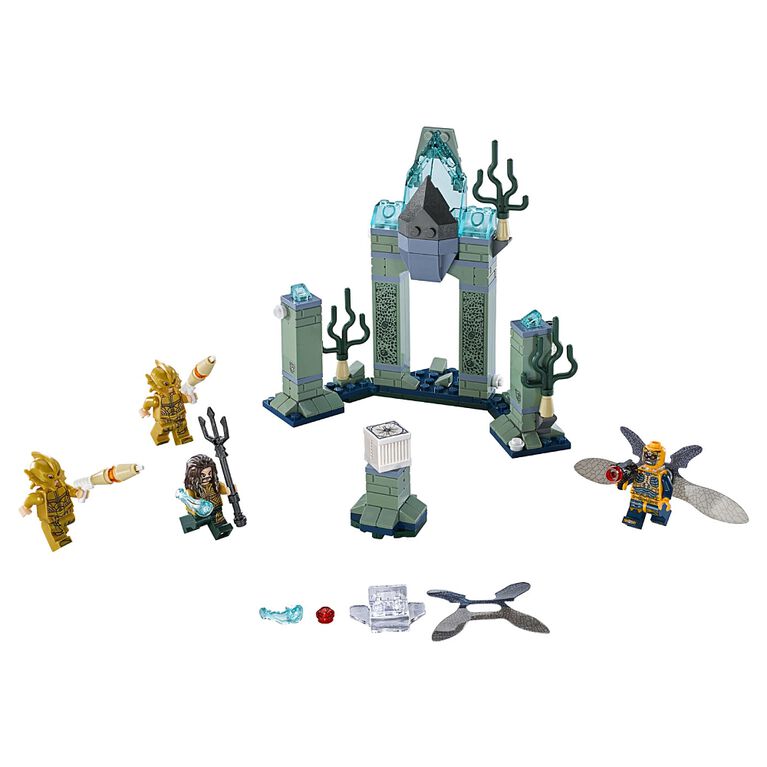 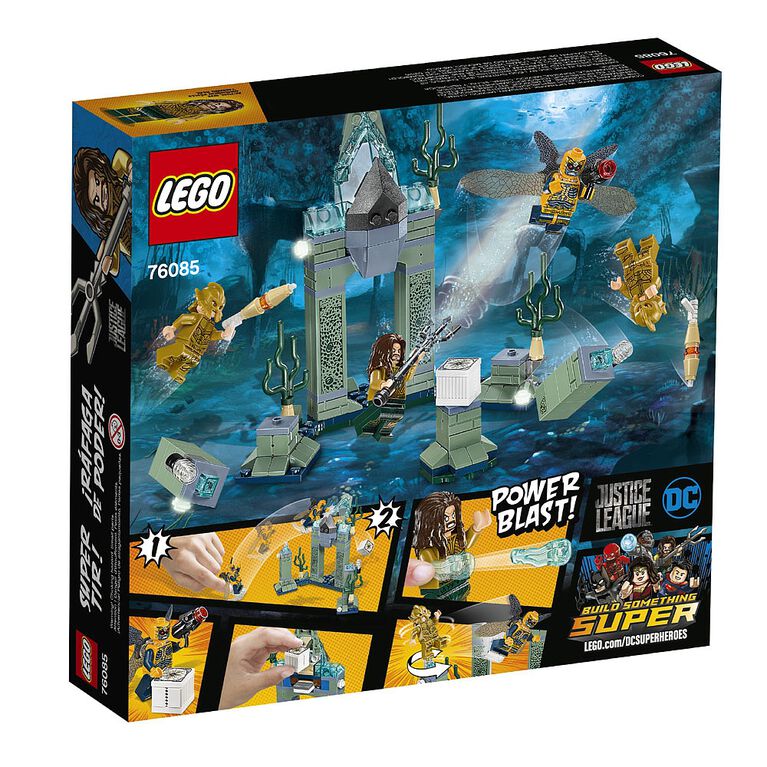 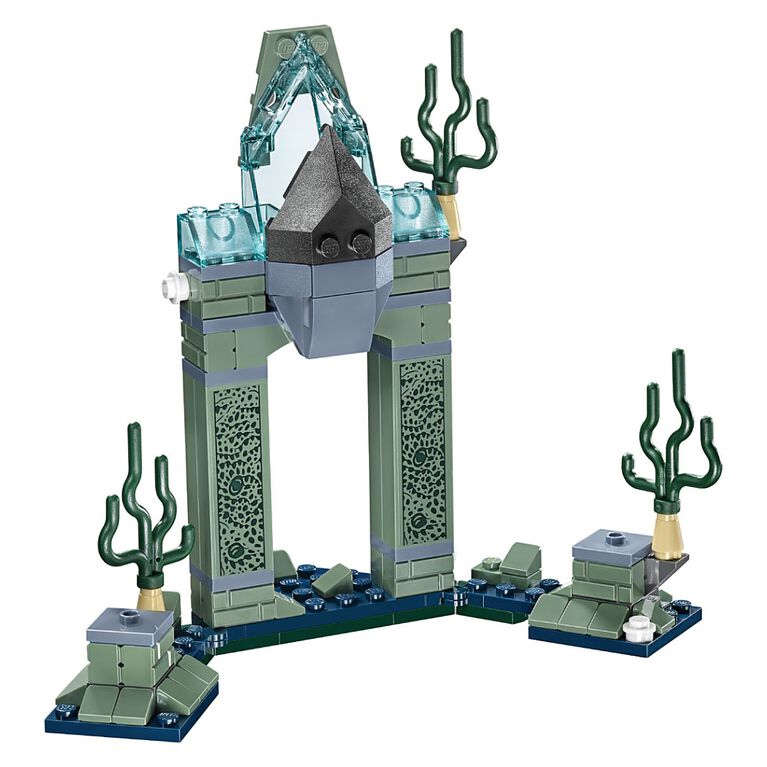 Emergency! The Parademon™ is trying to steal the Mother Box. Fend off the evil invader with Aquaman’s Power Blasts and the Atlantean guards’ PlasmaGuns. Block the super-jumping Parademon’s attempts to topple the grand arch and make sure the precious Mother Box stays in Atlantis where it belongs!

Team up with Aquaman™ and the Atlantean guards to stop the super-jumping Parademon™ stealing the Mother Box in this all-action LEGO® DC Comics Super Heroes Battle of Atlantis set. The underwater Atlantis scene features a grand arch to knock over with the Parademon’s Super Jumper. Also includes the Mother Box and 4 minifigures with assorted weapons to add to the role-play battle fun.