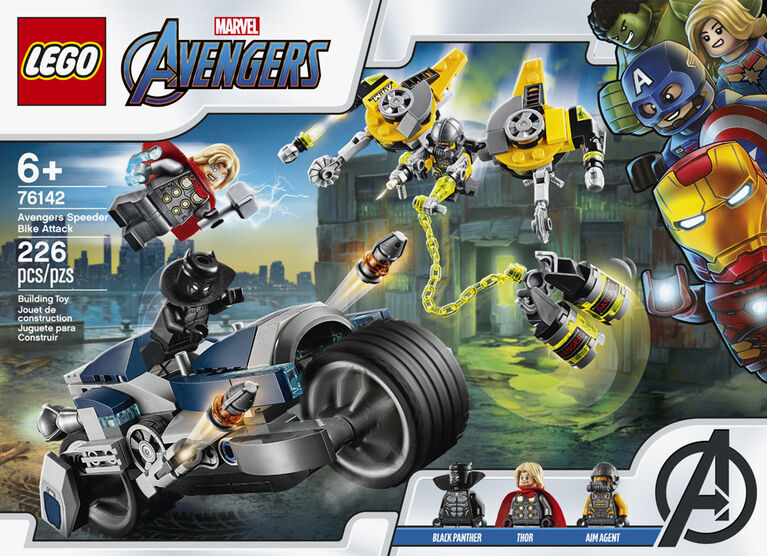 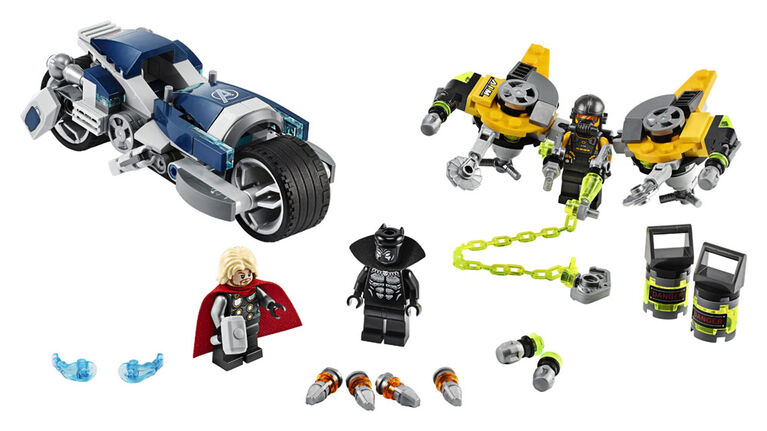 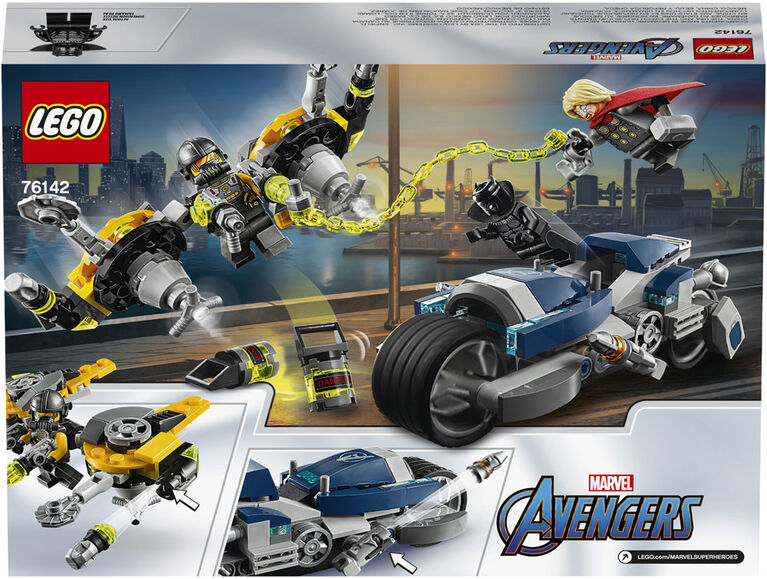 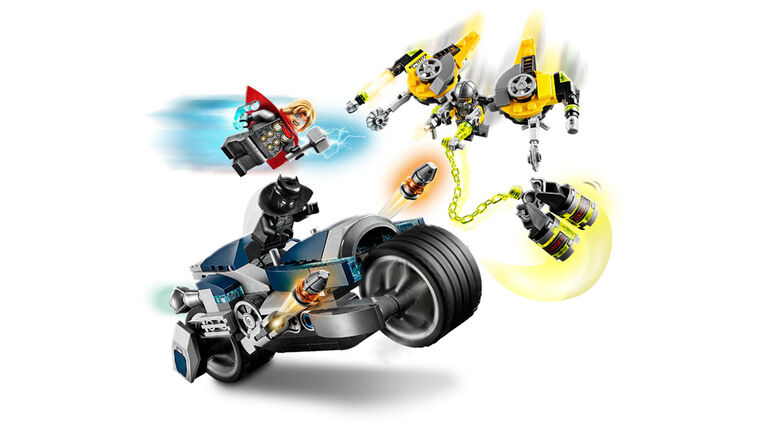 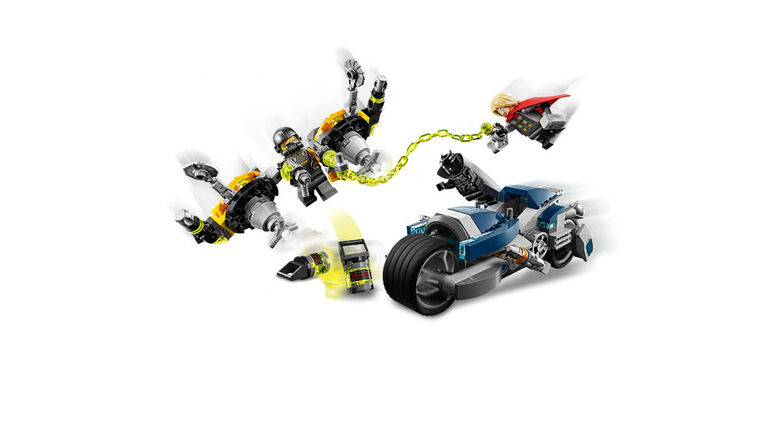 Pinch to zoom
With Black Panther's amazing bike, 3 LEGO minifigures, awesome weaponry and deadly canisters, kids who like high-speed superhero action will love this cool LEGO Marvel Avengers Speeder Bike Attack (76142) building toy! Non-stop action - on land and in air! When kids get their hands on this Marvel Avengers set, they'll be transported to a world of high-octane role-play. A well-armed villain swoops in on a jetpack armed with stud shooters, saw blades, grapple-hook shooter and a blaster, to steal 2 deadly canisters. Black Panther races to the scene on his supercool, stud-shooting motorcycle. Thor appears, wielding his mighty hammer. With 3 minifigures, a motorcycle and copious weaponry, this LEGO Marvel Avengers set makes a great gift for your budding superhero. Superhero LEGO sets for Marvel Avengers fans LEGO Marvel Avengers building toys take kids on a superhero thrill ride! With awesome vehicles, mechs, buildings, minifigures, weapons and gadgets, kids can recreate exciting movie scenes and make up adventures of their own.