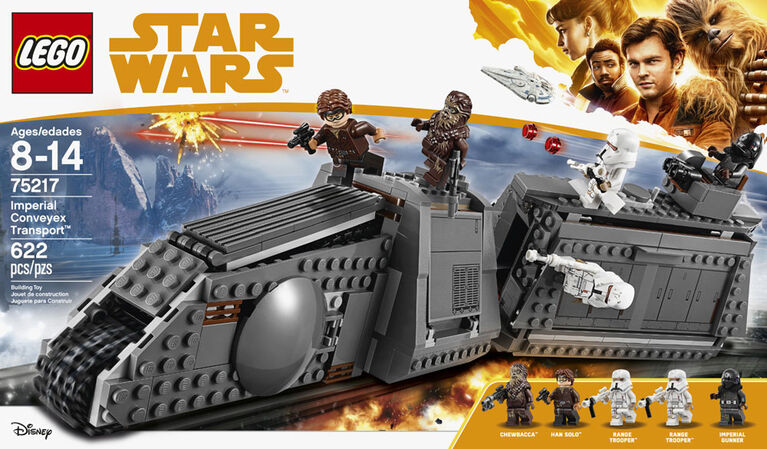 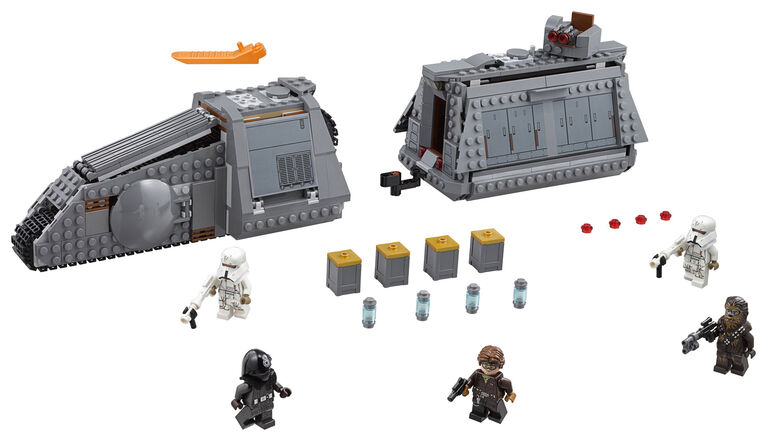 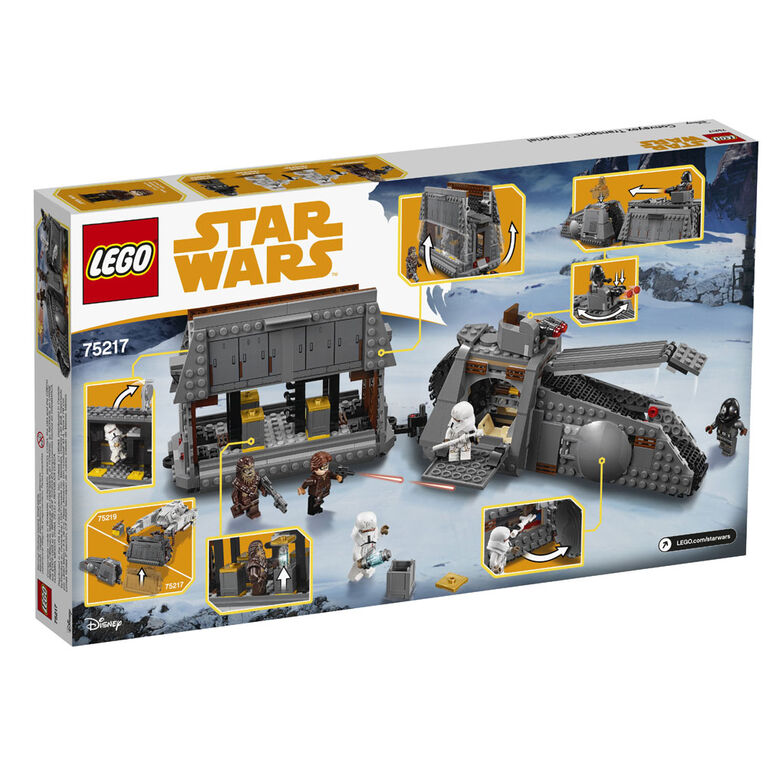 Relive high-speed smuggling adventures from Solo: A Star Wars Story, with this LEGO Star Wars 75217 Imperial Conveyex Transport set. The armored locomotive features an engine section with a wraparound track, opening driver's compartment and weapon store, plus a detachable cargo wagon with opening sides, movable gun turret with stud shooters, space for the 4 included coaxium containers and a ladder inside with an opening hatch on the roof for making daring escapes! This exciting set includes 5 LEGO minifigures.