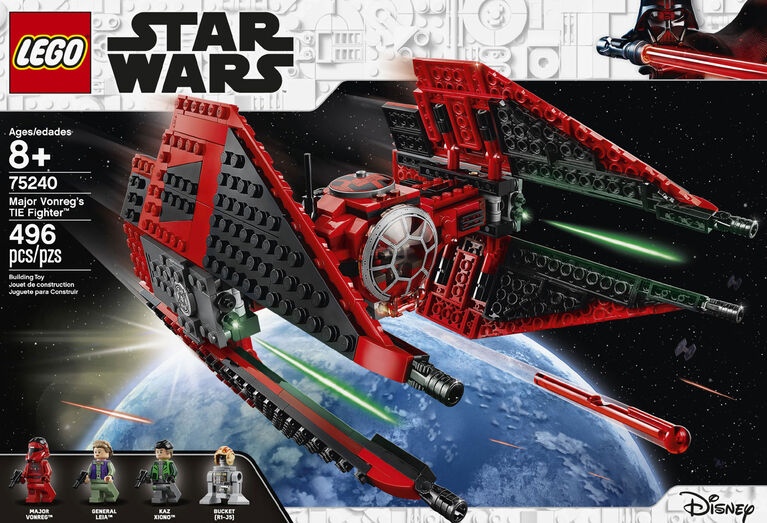 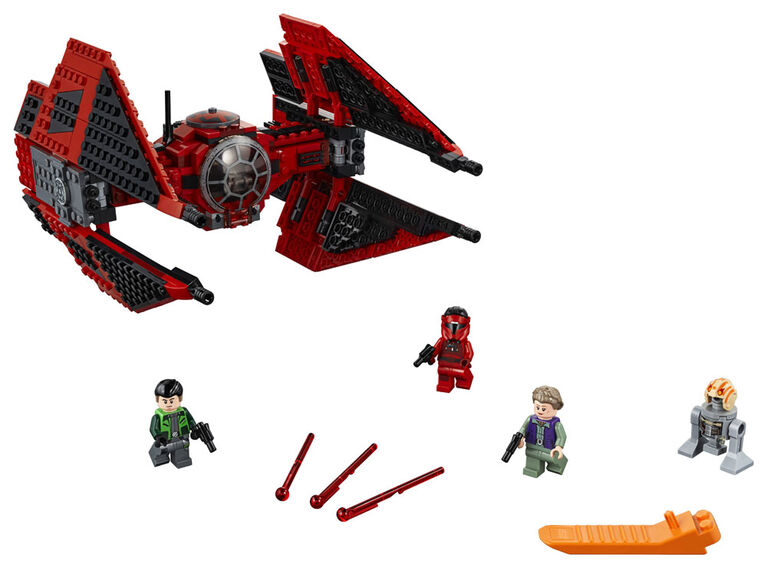 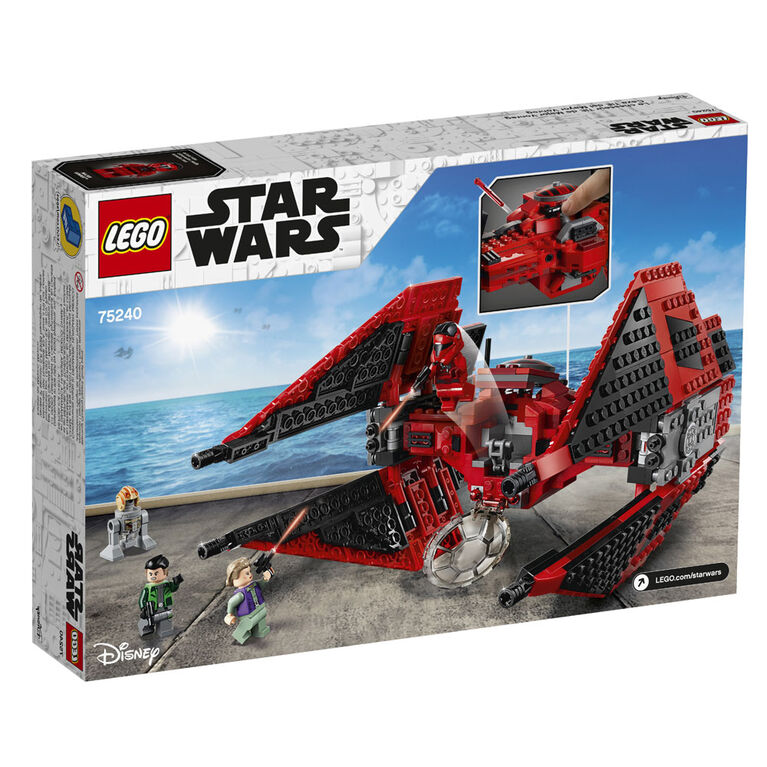 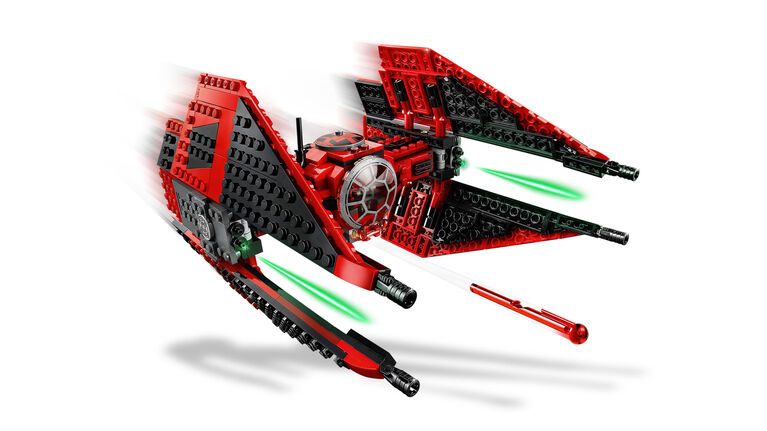 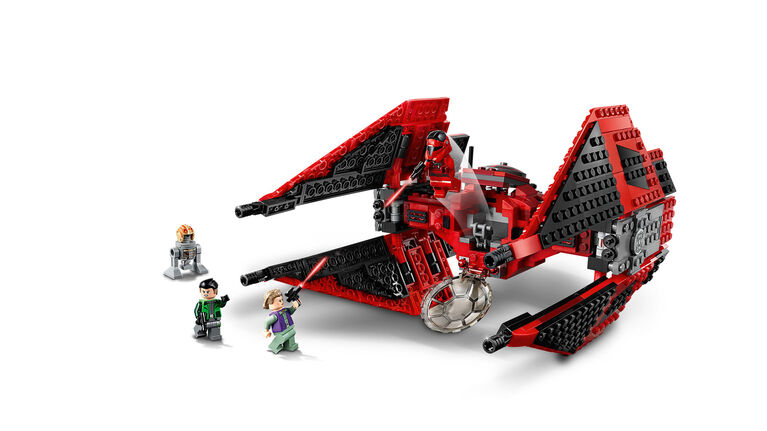 Give any kid a great introduction to the Star Wars Resistance TV series with this LEGO Star Wars 75240 Major Vonreg's TIE Fighter starship construction toy. This detailed model includes a special black and red color scheme, opening cockpit with space to sit the Major Vonreg minifigure inside, plus 2 spring-loaded shooters that are fired by moving the trigger left and right. This building toy also includes General Leia and Kaz Xiono LEGO Star Wars minifigures and an R1-J5 droid LEGO figure, a.k.a. Bucket.