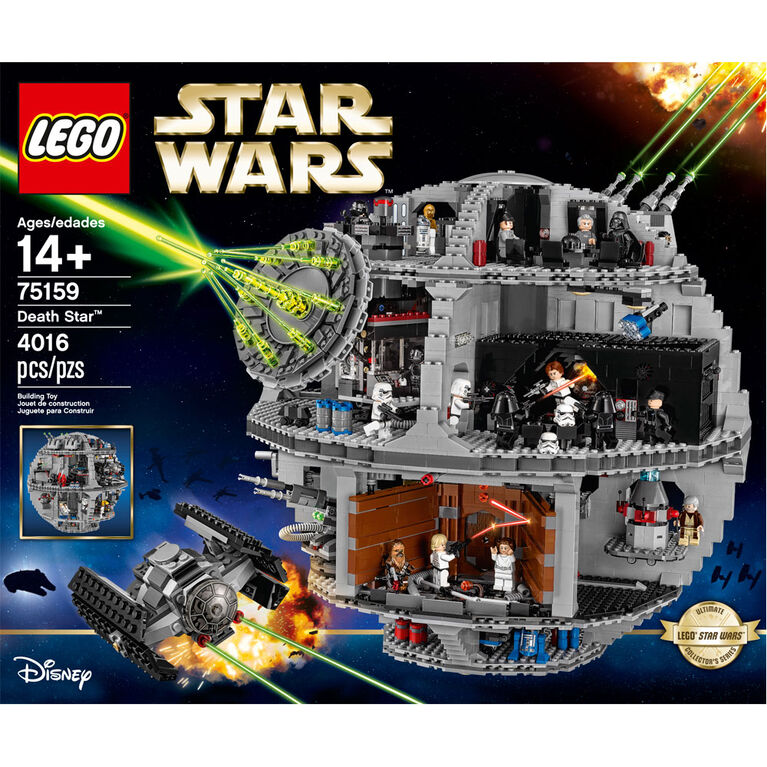 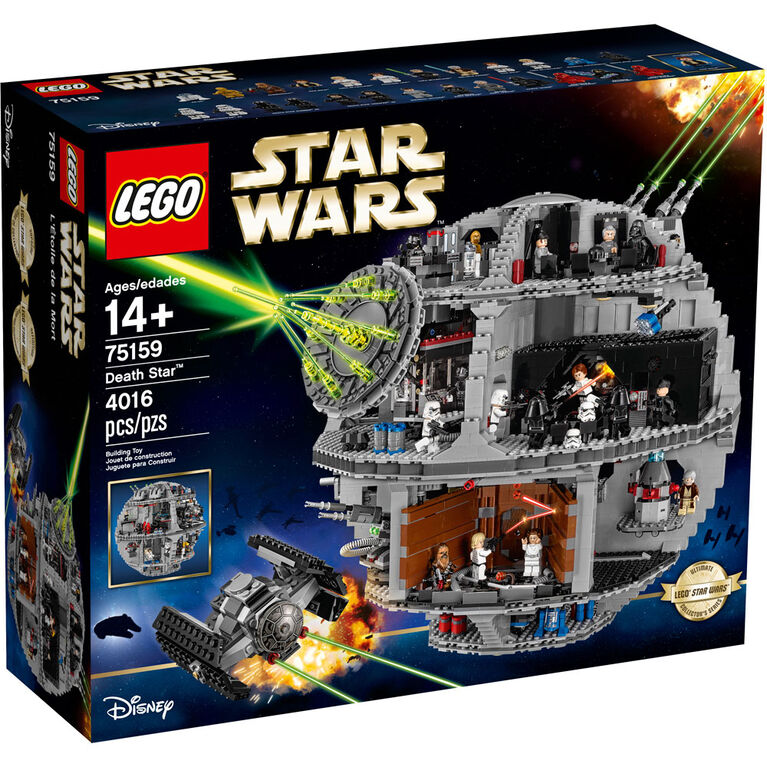 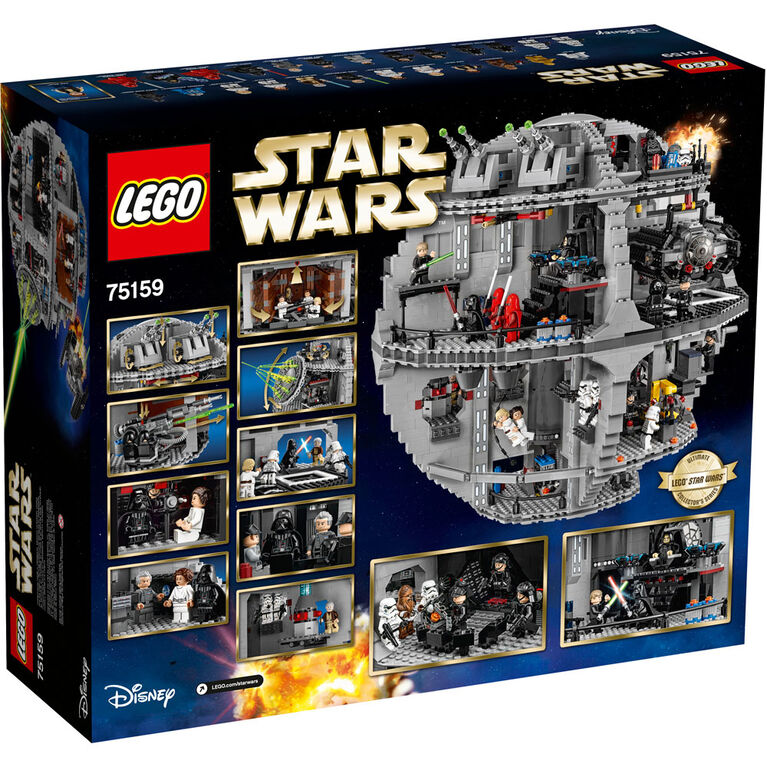 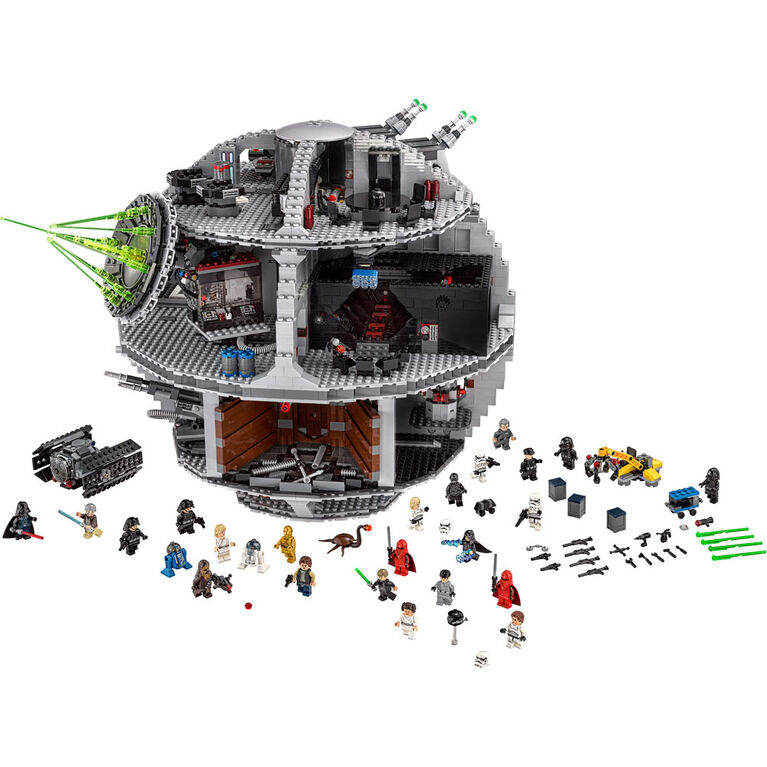 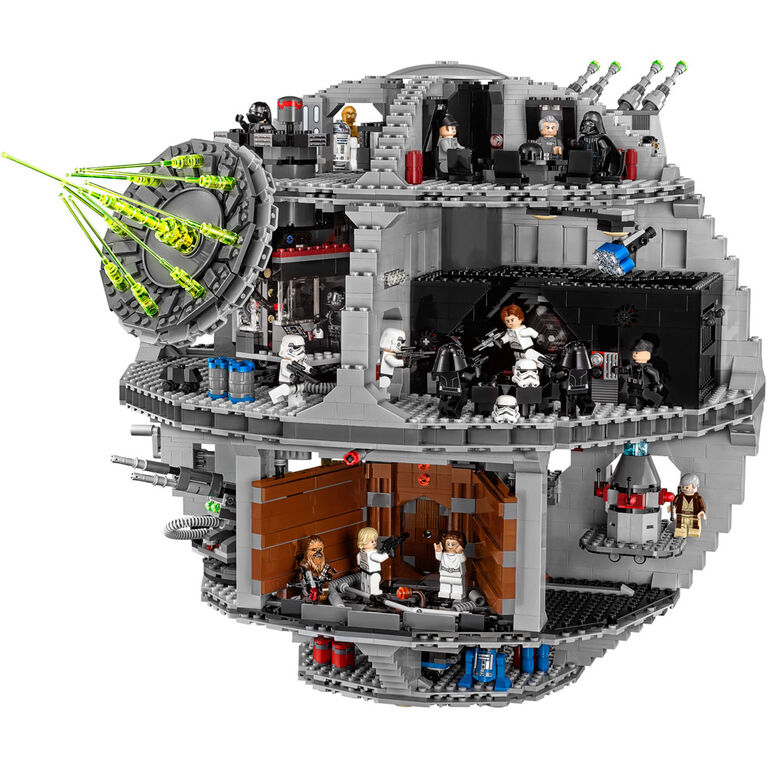 Win the battle for the Empire with the awesome Death Star!

Take command of the ultimate Imperial weapon—the Death Star! This amazing Star Wars model has so many great rooms, chambers, hangars and more, you won’t know where to start. Operate the giant superlaser from the control room, plan missions in the conference chamber, and launch Lord Vader’s TIE Advanced from the hangar bay. Fix Droids in the maintenance room, keep prisoners secure in the detention block and overpower rebel starships with the spring-loaded shooter turbo laser, turbo laser towers and powerful tractor beam. You can even visit Emperor Palpatine in his throne room, keep things moving in the cargo area, and take out the trash in the trash compactor. And of course no Death Star story would be complete without Obi-Wan Kenobi, Luke Skywalker and Han Solo doing their best to destroy the Empire’s fearsome Death Star! Will they foil the plans of Vader and the other Imperial characters? The fate of the Death Star is in your hands…