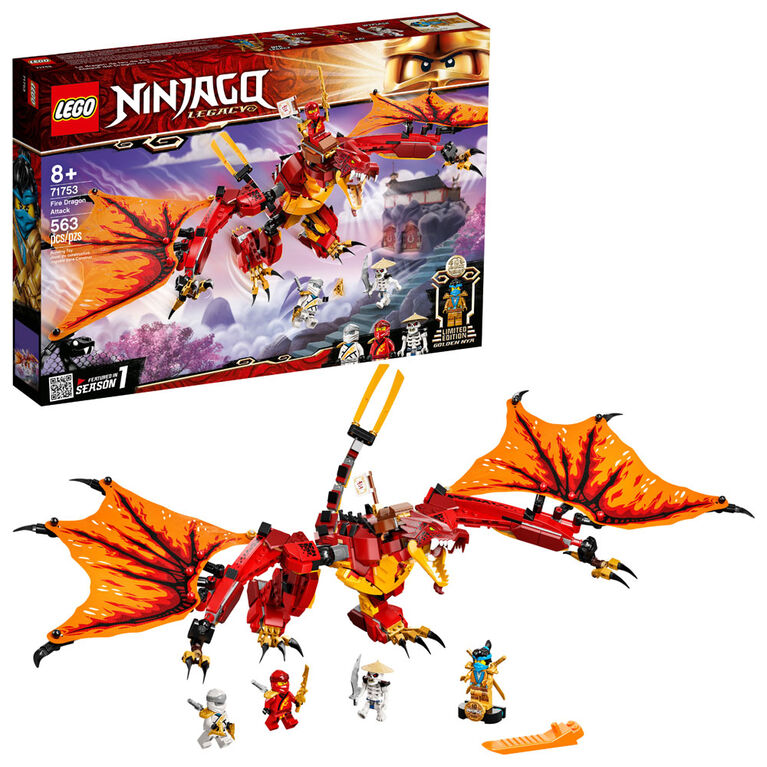 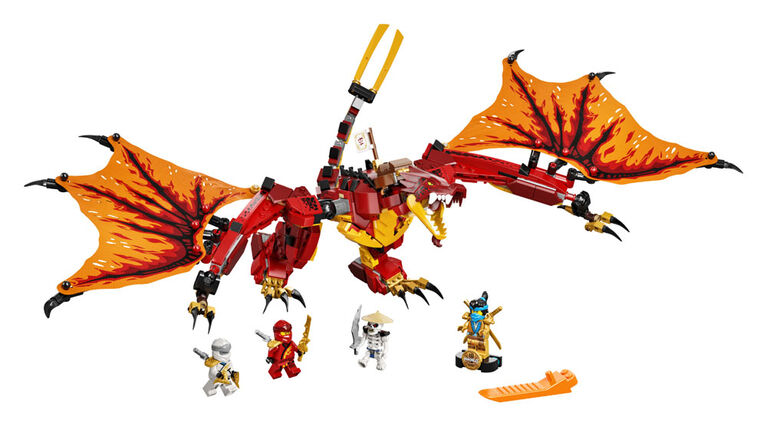 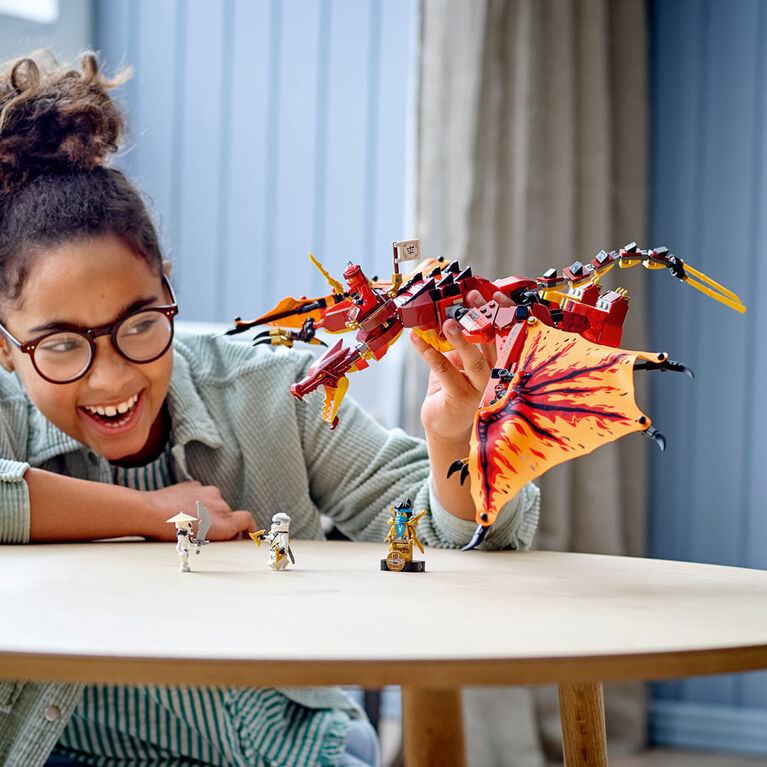 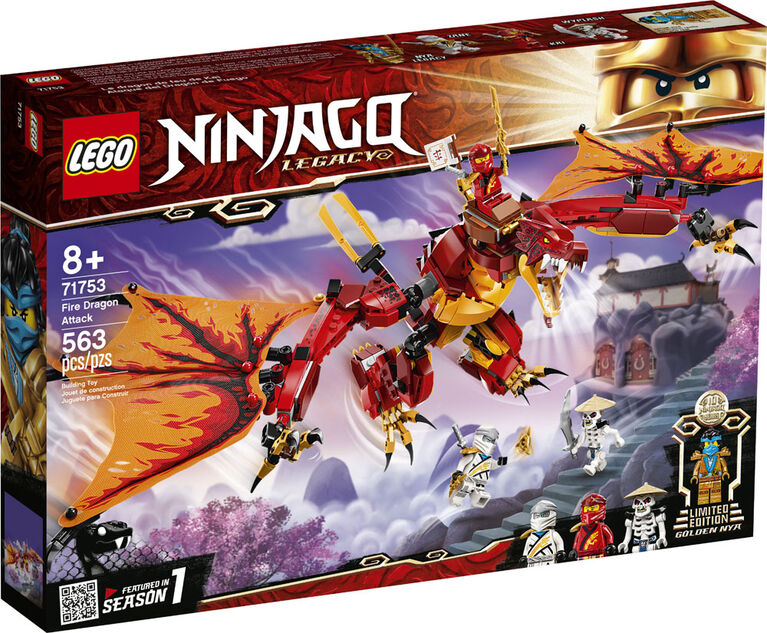 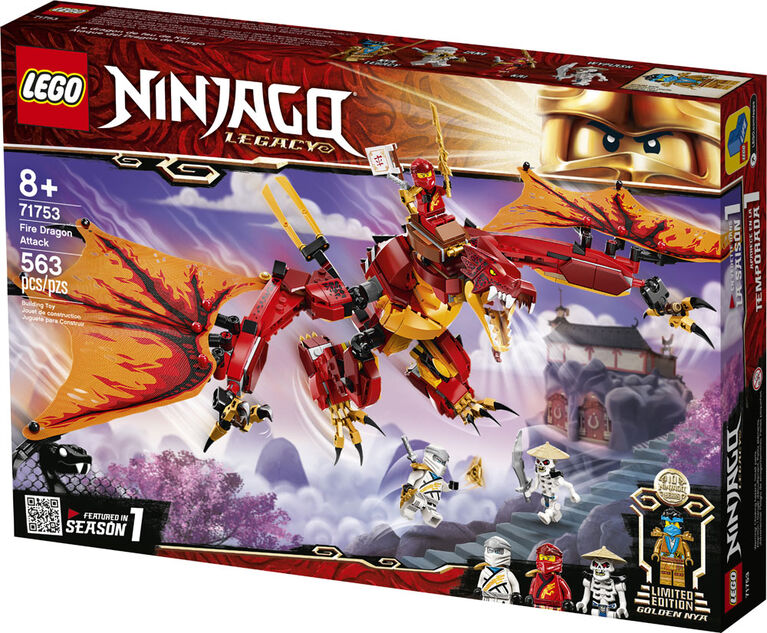 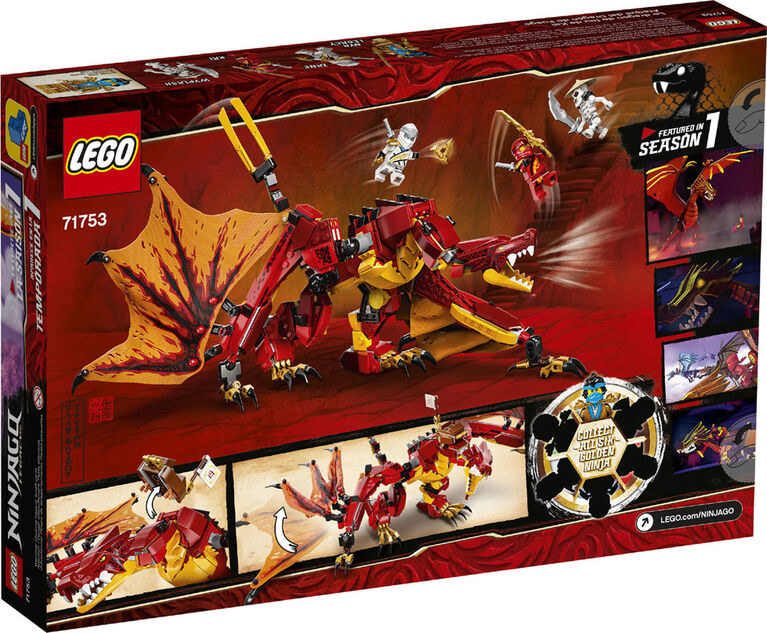 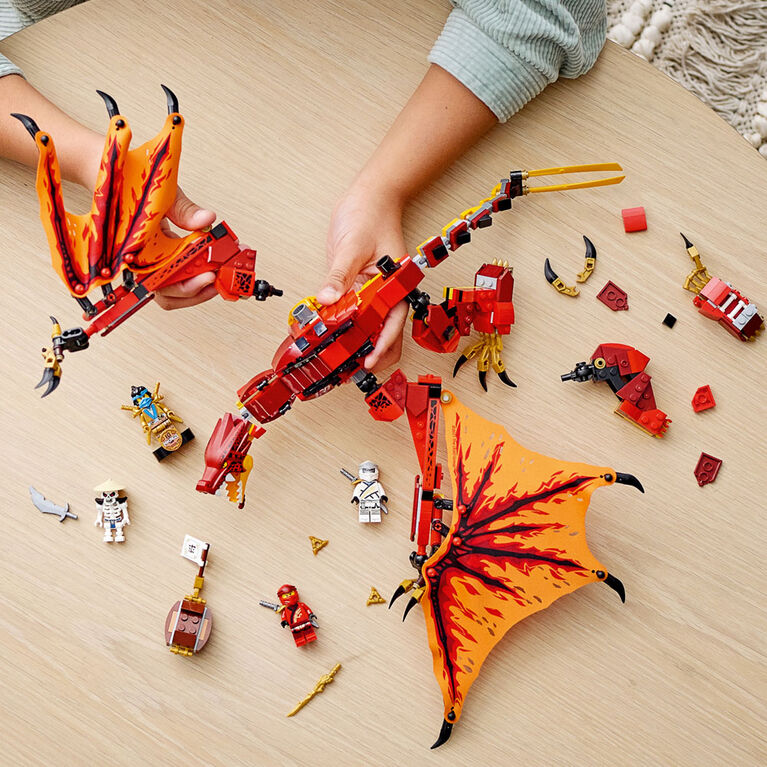 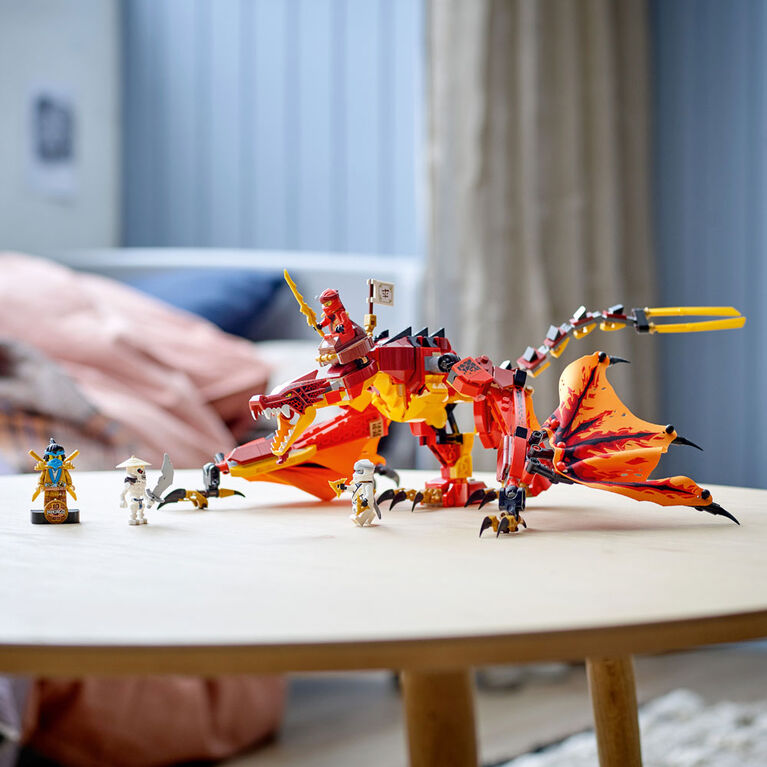 Pinch to zoom
Ninja fans will love playing out aerial adventures from season 1 of the LEGO NINJAGO TV series with the updated Fire Dragon Attack (71753) playset. The impressive dragon toy is ideal for inspiring gripping role-play action with its posable tail, legs, jaw and wings.Guaranteed thrills for passionate ninja fansThe toy construction set is packed with 4 cool minifigures: ninjas Kai, Zane and Nya Legacy, plus their fierce enemy Wyplash, for kids to stage epic good vs. evil clashes. New for June2021, Nya Legacy is a never-seen-before golden, collectible minifigure with a stand to celebrate 10 years of NINJAGO playsets.Unique toys for imaginative buildersLEGO NINJAGO toys provide kids with an escape to a fantasy world of amazing action where they can team up with their heroes to take on a cast of fearsome villains as they play with a wonderful collection of building kits including mechs, bikes and dragons.