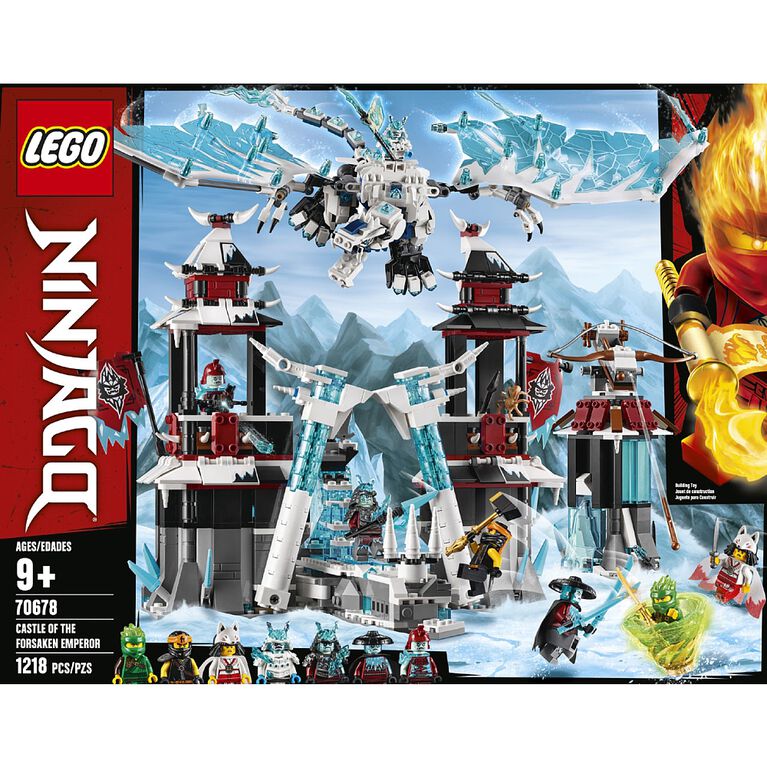 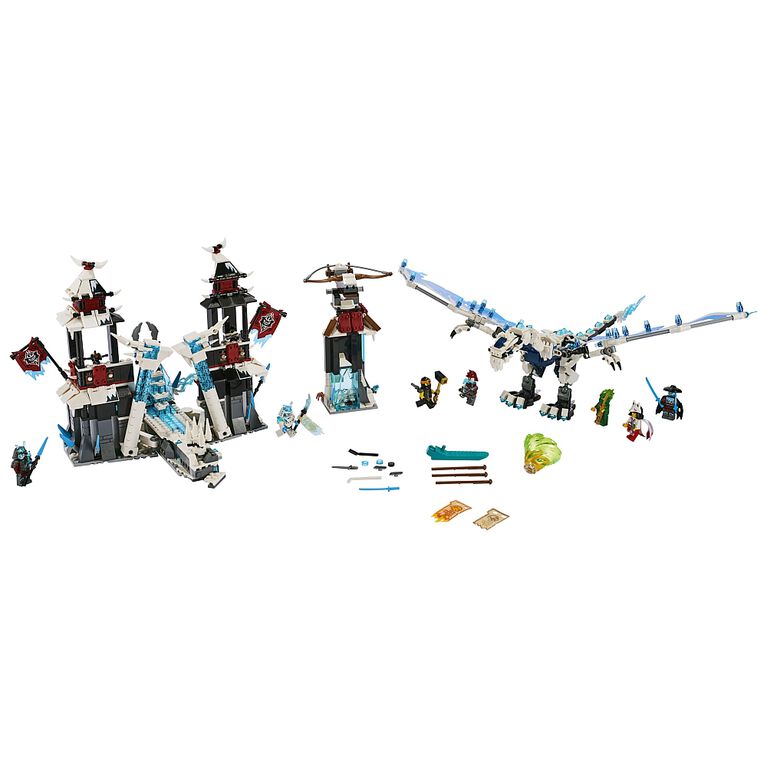 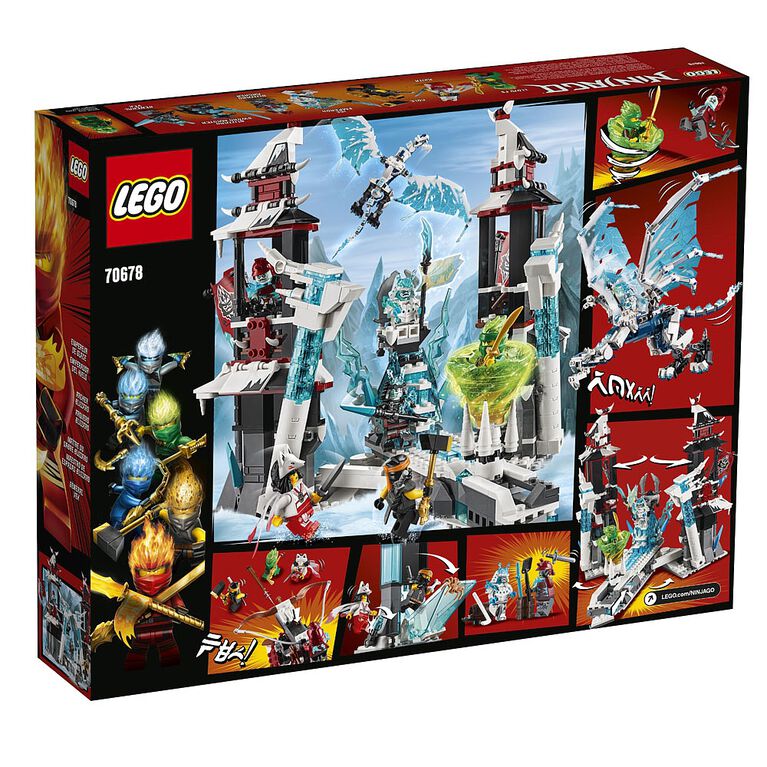 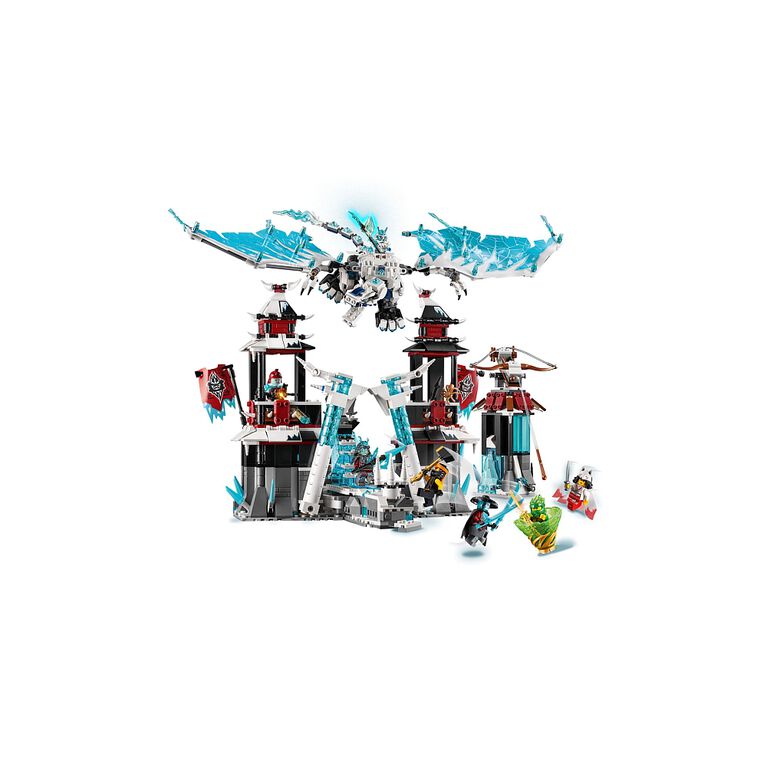 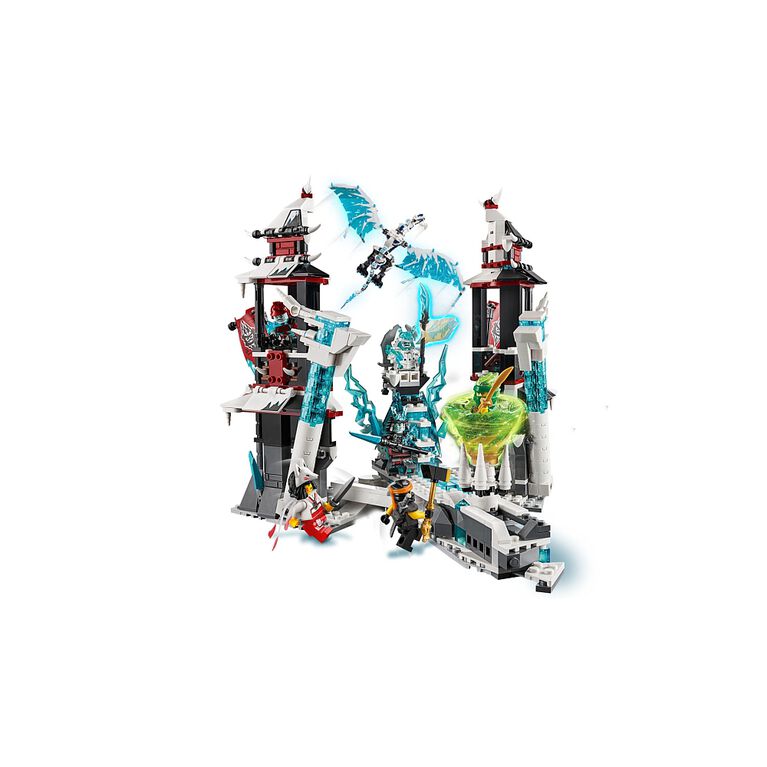 Play out ninja battles against the Ice Emperor, General Vex and the Blizzard Samurai warriors with this ice castle toy playset for boys and girls. The LEGO NINJAGO 70678 Castle of the Forsaken Emperor building features the Ice Emperor's throne with a throne-reveal function, 2 towers—1 with a stud-shooting crossbow—and a separate ice tower with a spring-loaded shooter and an opening ice prison. Kids will love recreating scenes from the NINJAGO TV show and role-playing their own stories with 7 minifigures, a posable Ice Dragon toy and lots of cool weapons and accessory elements, including the Ice Emperor's Scroll of Forbidden Spinjitzu weapon and Lloyd FS's new tornado spinner toy.