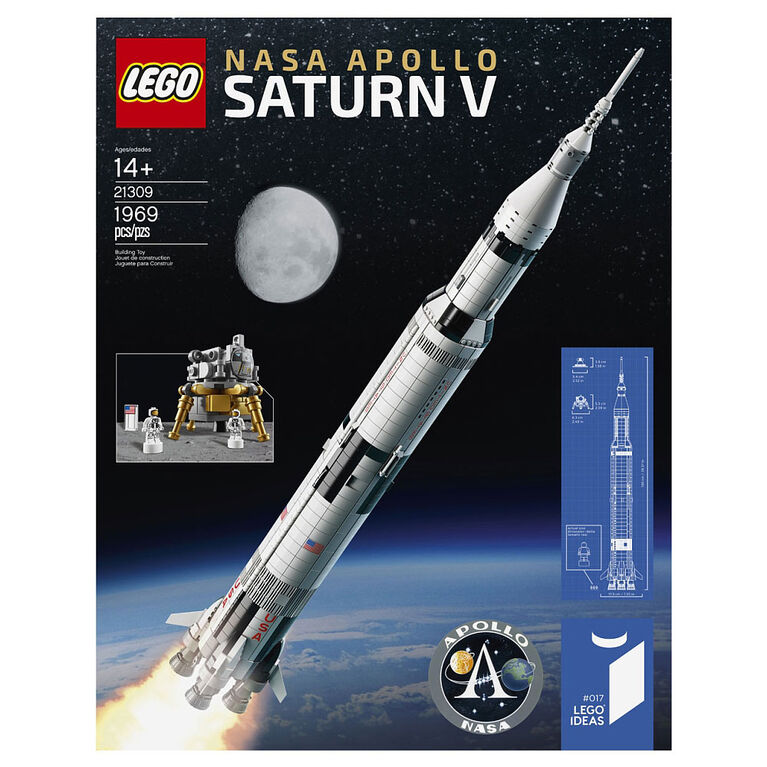 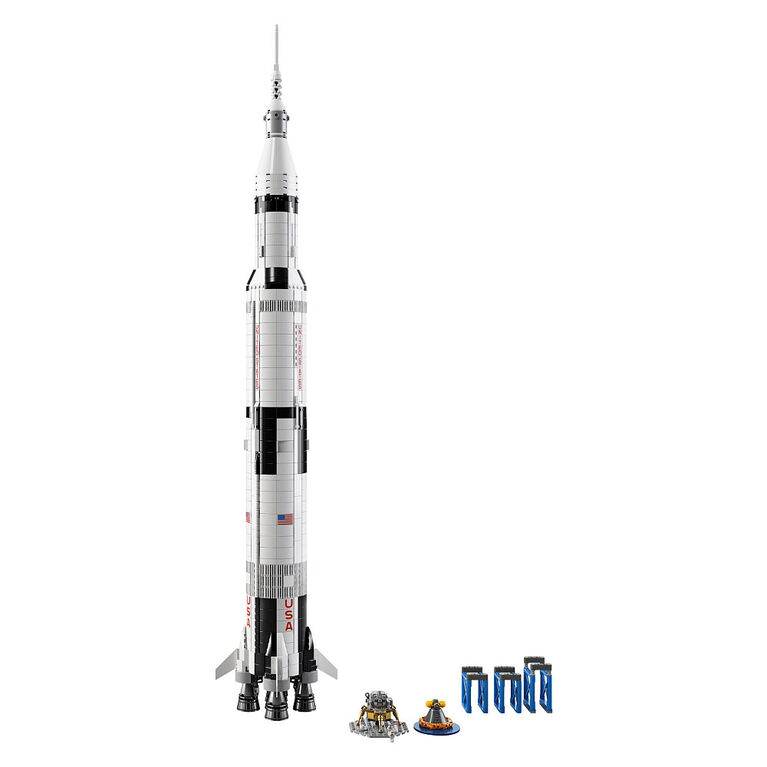 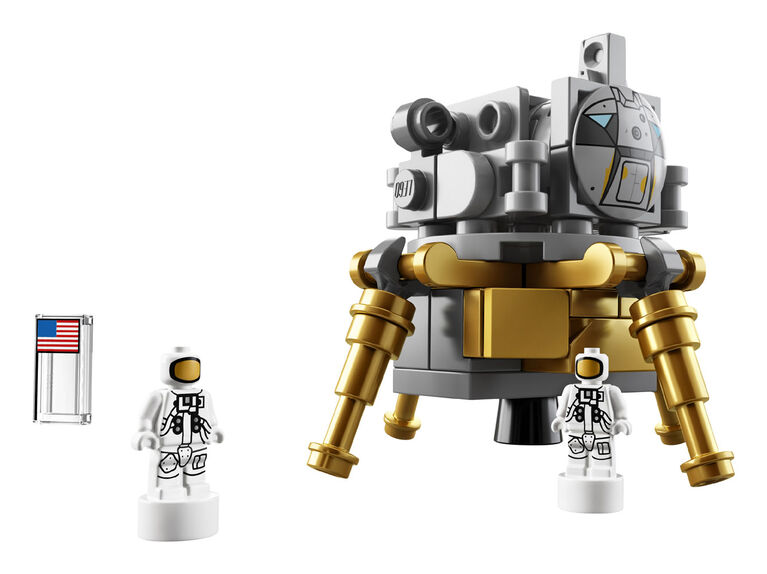 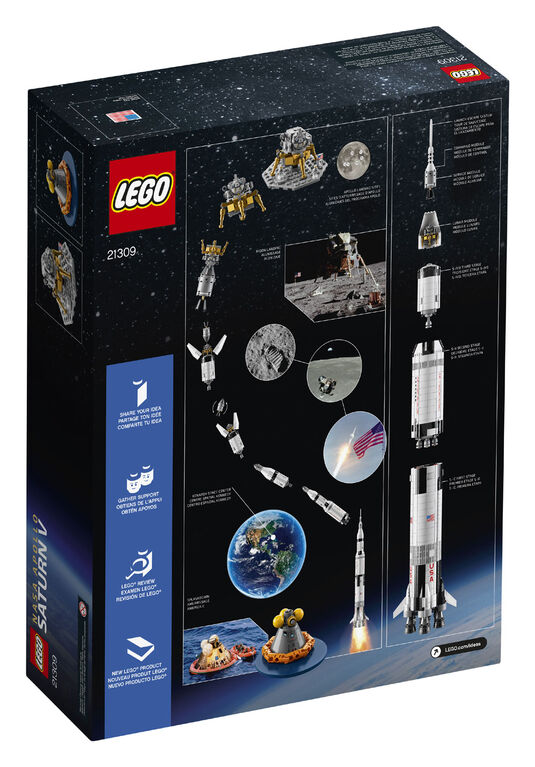 Make history with the LEGO NASA Apollo Saturn V, the first rocket to put people on the Moon! Build the 3 stages of this stunning meter-high rocket and display it on the stand or launch into orbit. Offload the S-IC and S-II sections, dock the lunar lander with the command service module, and complete a successful Moon landing mission!