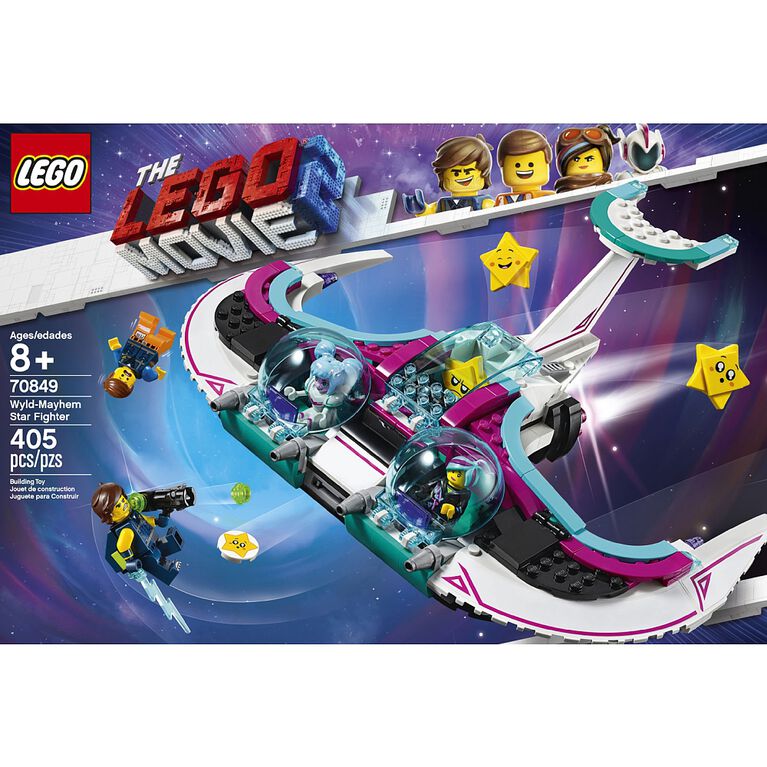 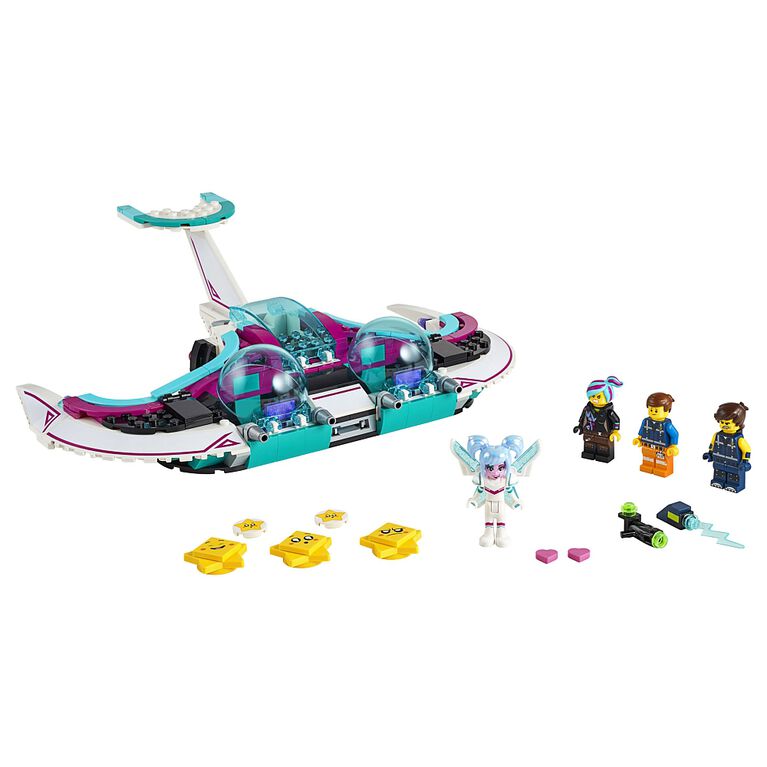 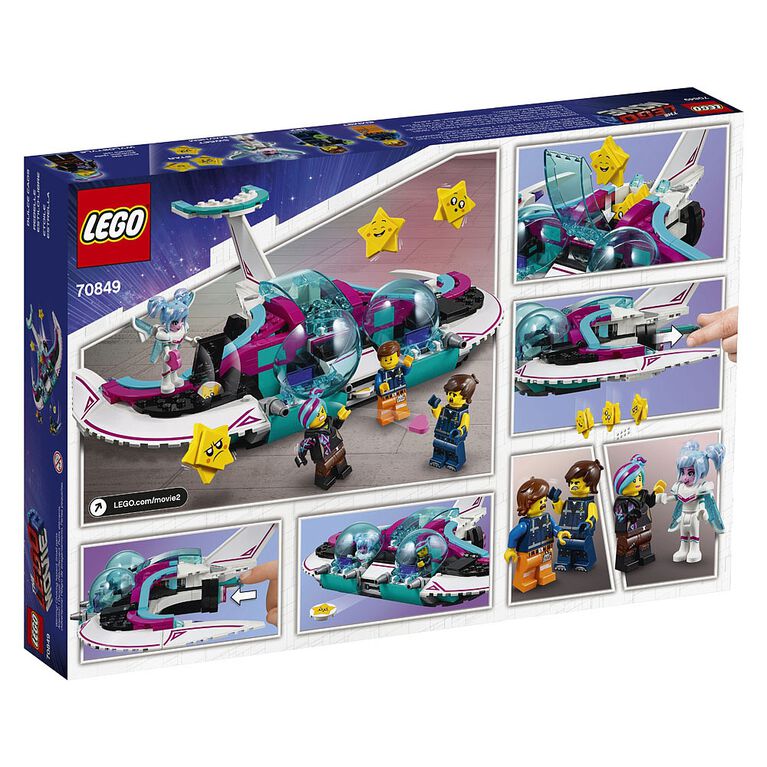 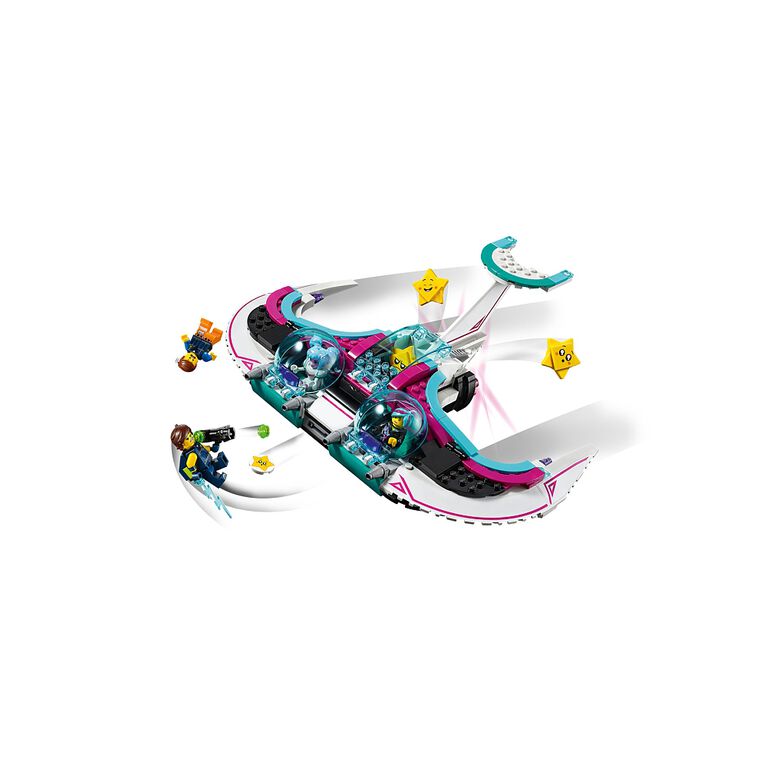 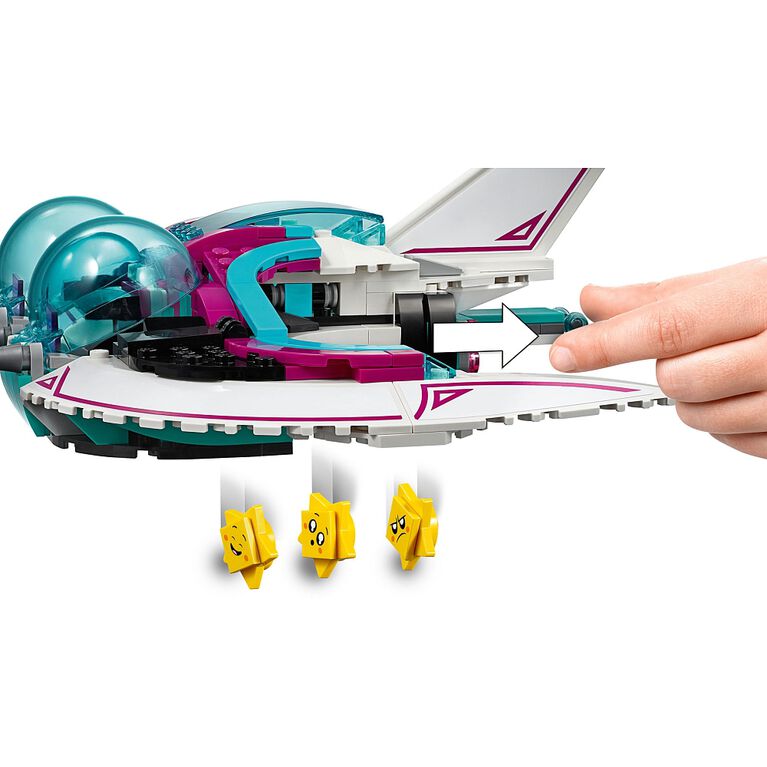 Kids will have a wild time role-playing as popular characters from THE LEGO MOVIE 2 and staging space battles with the 70849 Wyld-Mayhem Star Fighter! This LEGO spaceship toy features 2 cockpits (for Wyldstyle and Sweet Mayhem), star-disc shooter, and a bomb-dropping function to release 3 Star figures from the rear compartment. This THE LEGO MOVIE 2 set also includes 3 minifigures and a mini-doll figure, plus weapons and accessories.