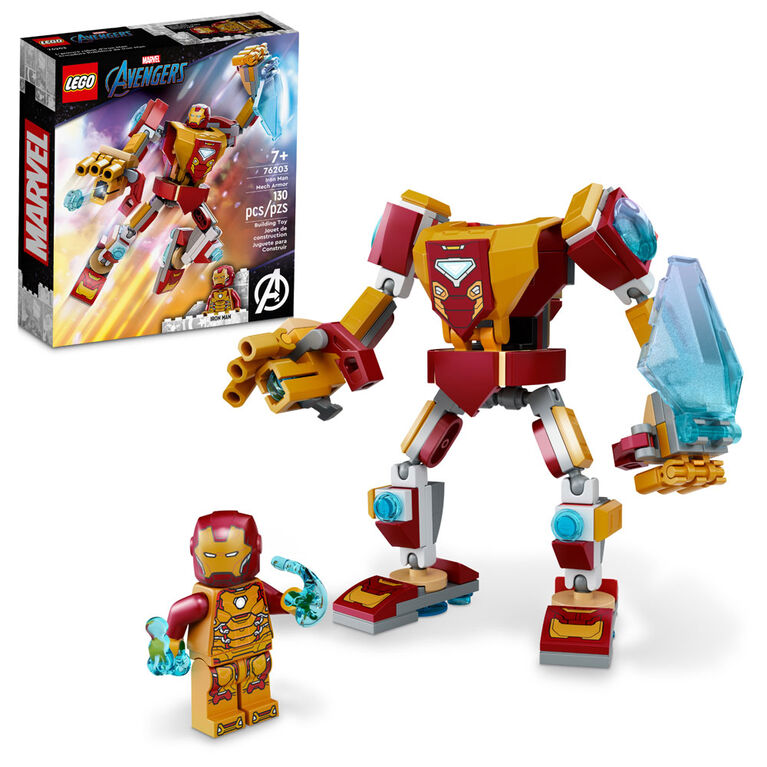 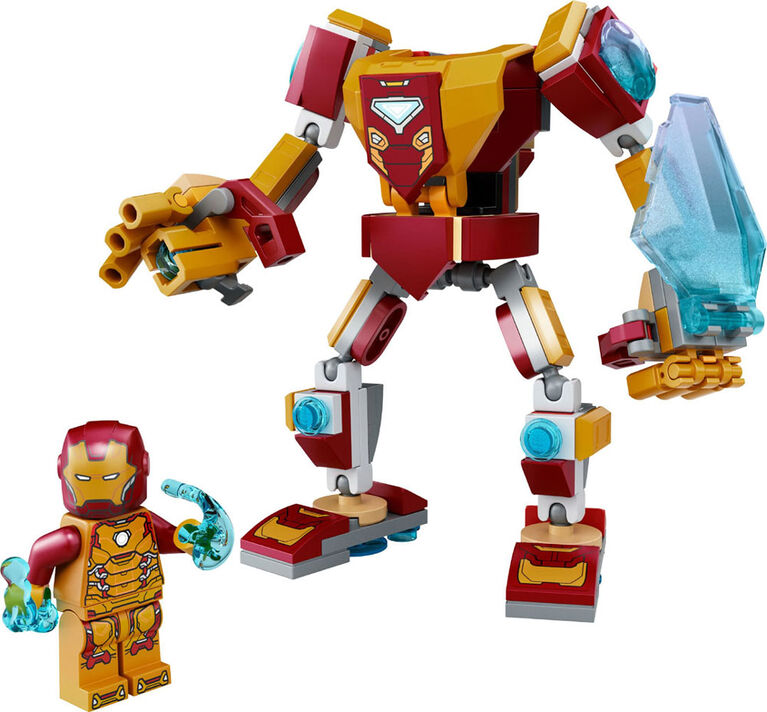 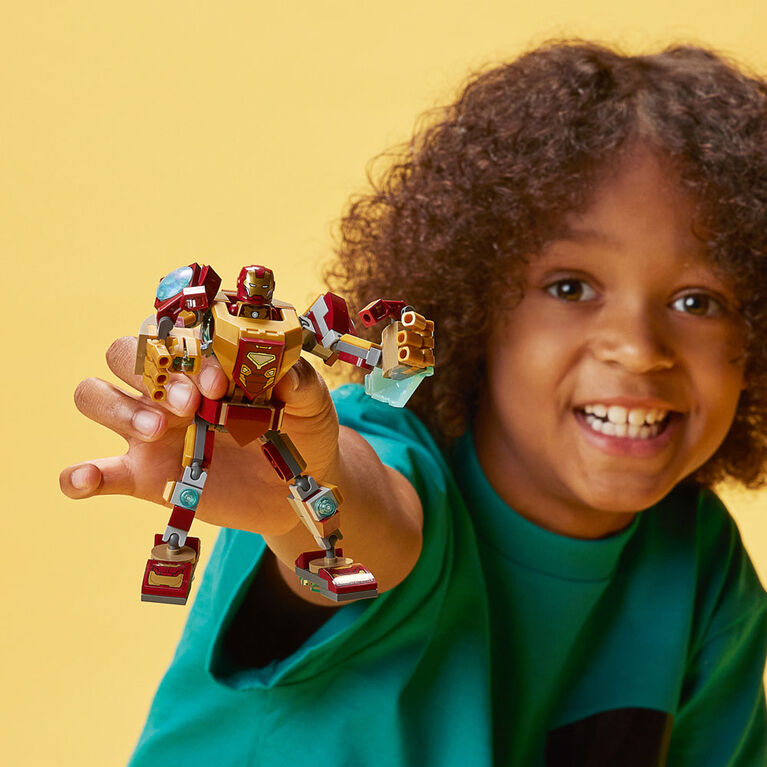 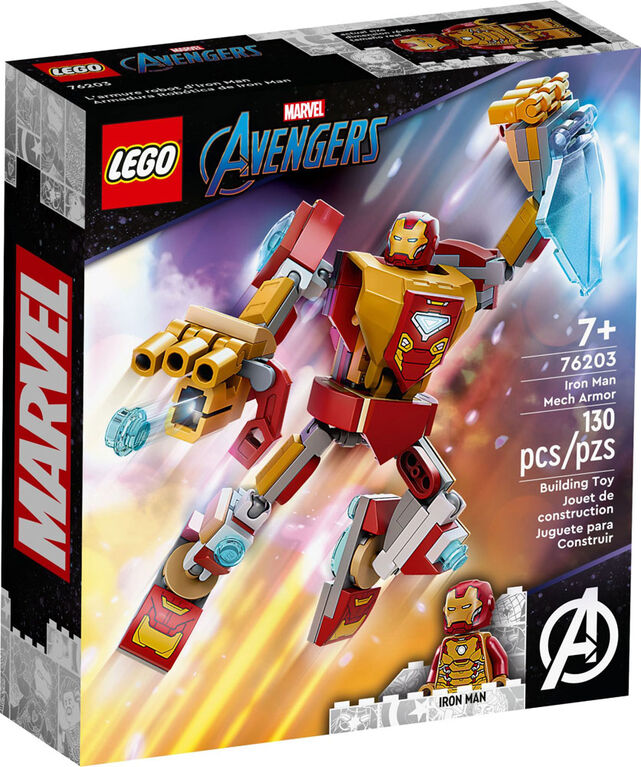 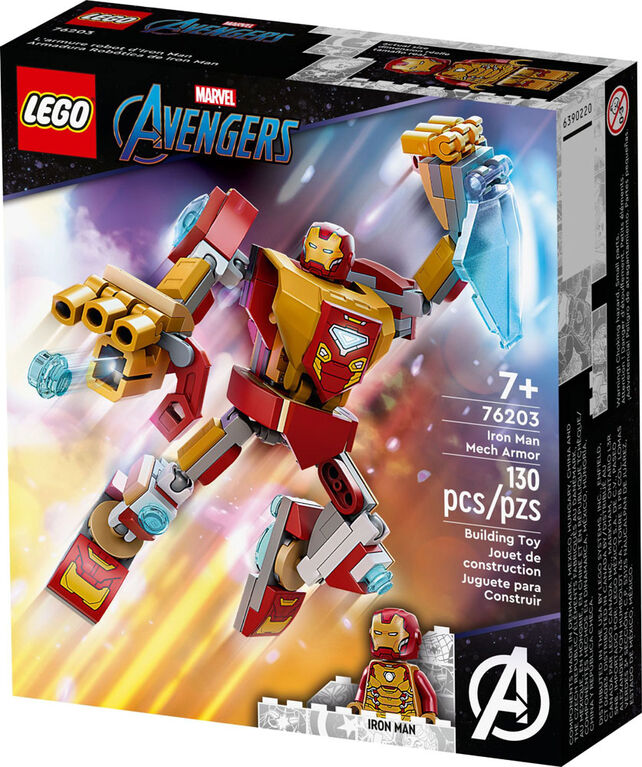 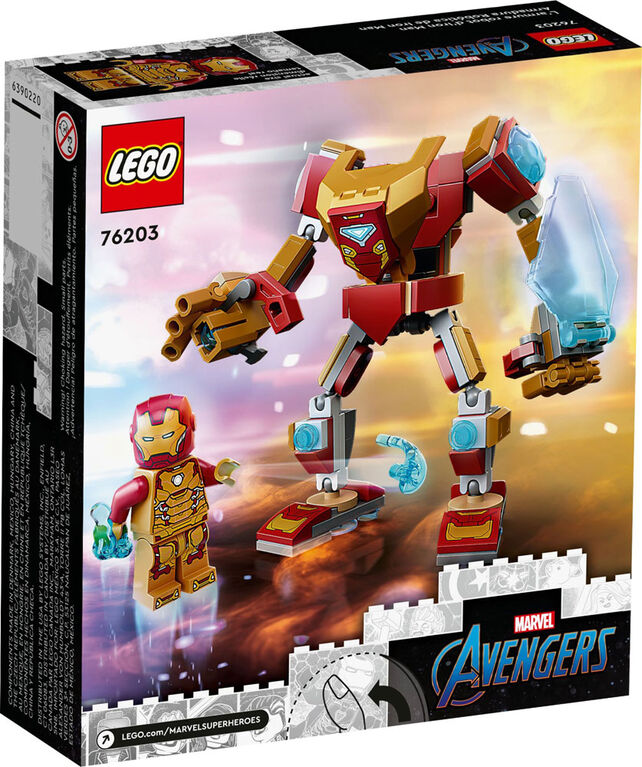 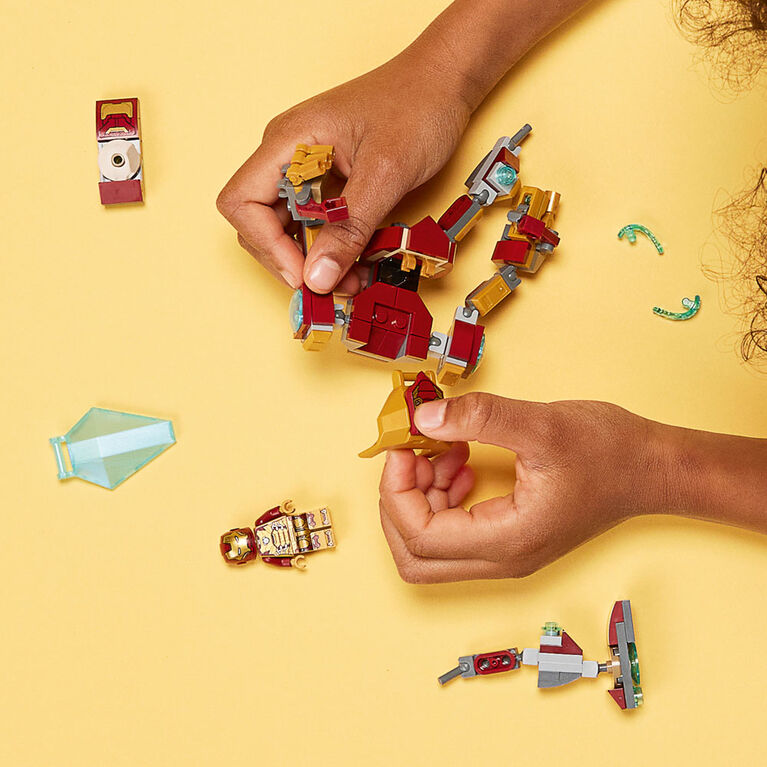 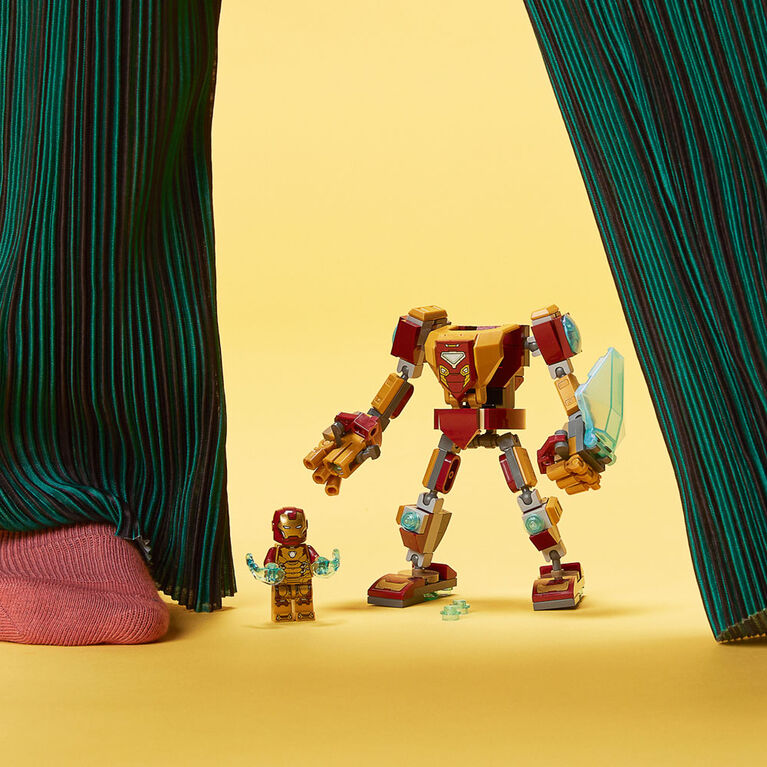 Pinch to zoom
A mega treat for Iron Man fans aged 7 and up! LEGO Marvel Iron Man Mech Armor (76203) takes play-and-display Marvel action to new heights. Super-fun adventures for young Super Heroes All kids love Iron Man, right? Well, this mighty mech makes the Iron Man play experience bigger and better. Kids place the Iron Man minifigure into the opening cockpit of the giant Iron Man mech. With the mech's loaded stud shooter, large energy shield and fully jointed arms and legs, kids can recreate favorite movie scenes, take on other mechs in epic battles and play out endless Super-Hero adventures of their own. And, when the action stops, kids will love to display the Iron Man mech in their room - until the next adventure!