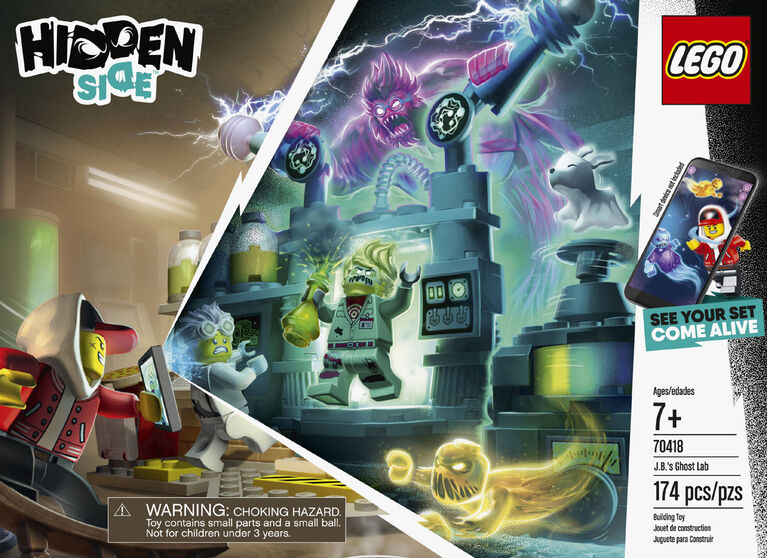 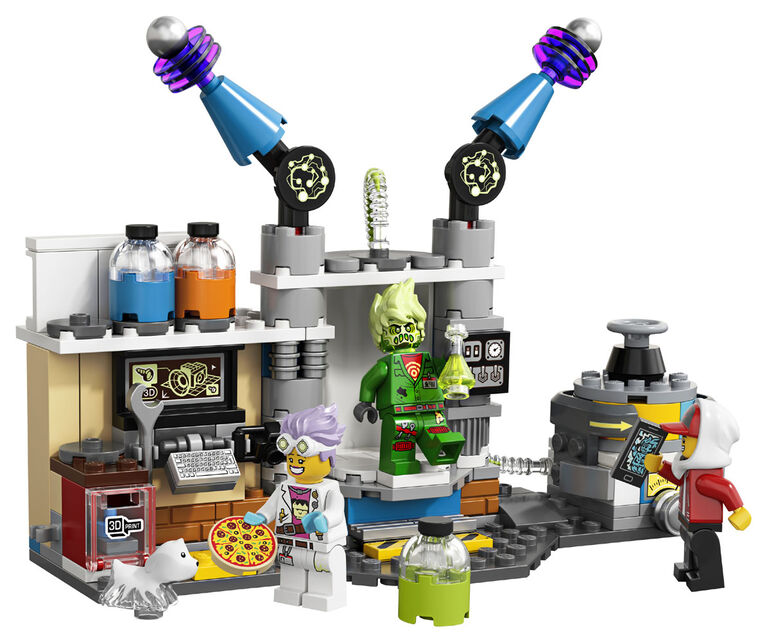 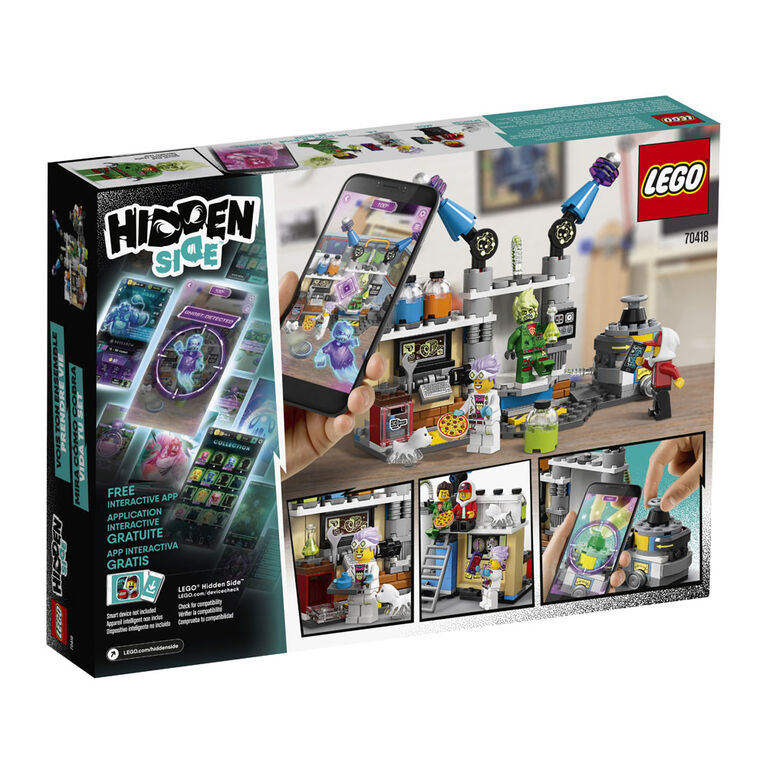 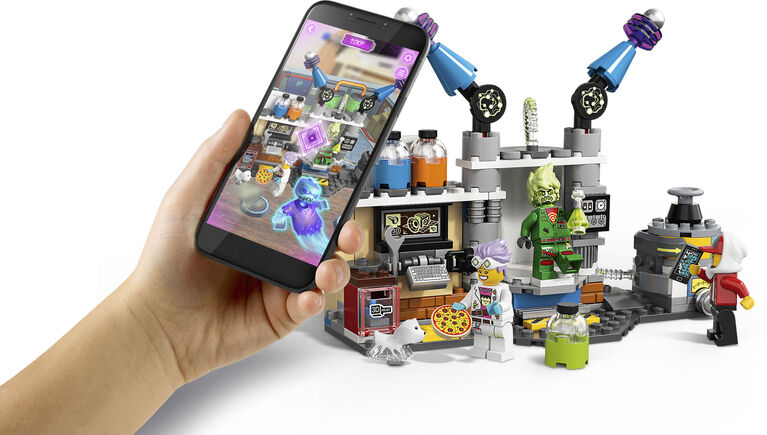 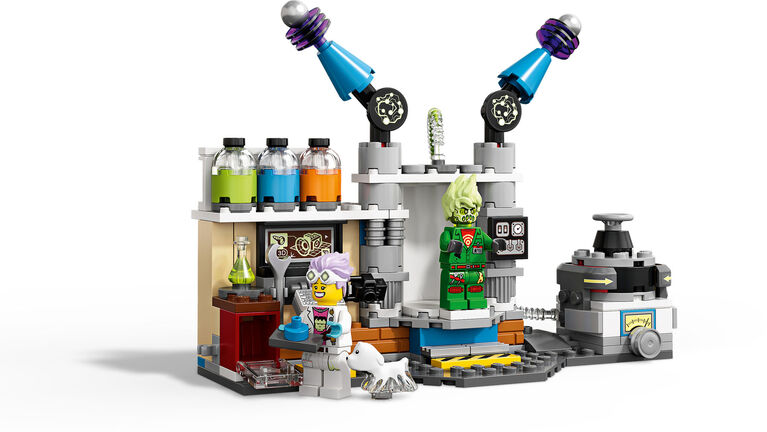 Immerse youngsters in an amazing augmented reality play experience with LEGO Hidden Side 70418 J.B.'s Ghost Lab. Hidden Side delivers an exciting new way to play with LEGO toys by combining a LEGO model with a game app for a fully interactive experience. Download the Hidden Side app and scan the model with a phone to make it come alive. Interacting with the model makes things happen in the app. And with continuous updates and new mysteries to solve, items to find, ghosts to defeat and tough boss ghosts to battle, this LEGO Hidden Side set takes LEGO play to a new dimension! J.B.'s Ghost Lab features a lot of cool tech details and scientific equipment inspired from the real world for hours of imaginative play. Kids will love to build and play with the mad scientist-inspired lab playset and defeat the ghost figure that's haunting the friendly janitor in the app. The hero, haunted janitor and scientist girl minifigures, and cute ghost dog figure add to the role-play fun.