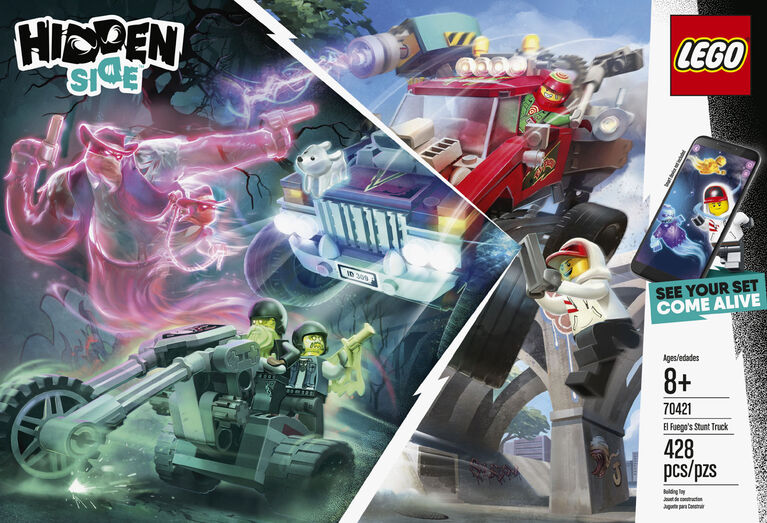 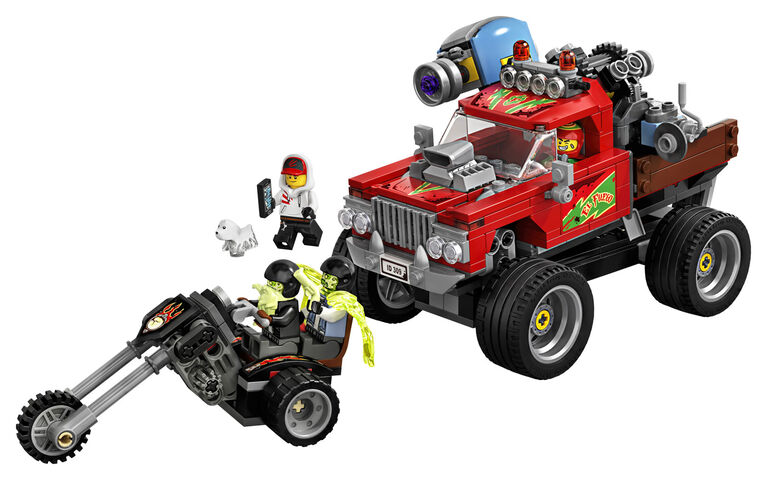 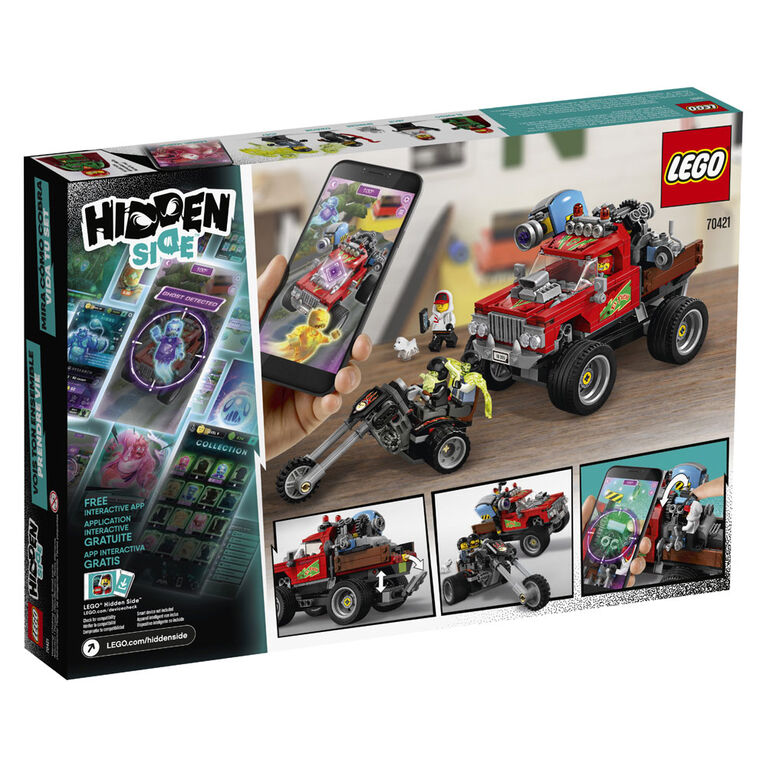 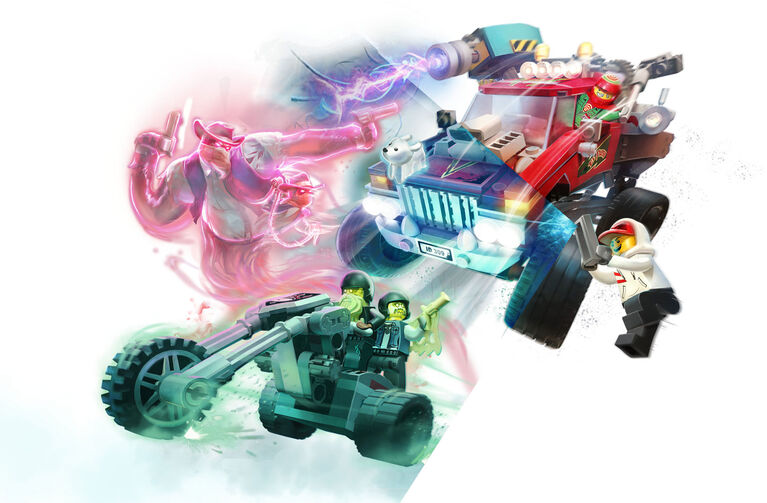 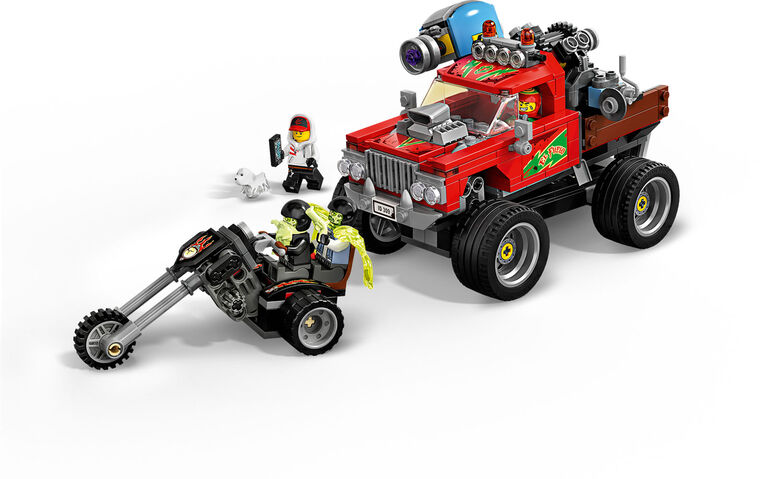 Pinch to zoom
Kids can experience an exciting way to play with the LEGO Hidden Side 70421 El Fuego's Stunt Truck playset that combines a unique augmented reality play experience. Download the Hidden Side app and scan the model with a phone to make the awesome LEGO model come alive in the app. Interacting with the model in the real world makes things happen in the app. With continuous updates, a unique boss ghost to battle in each set, new mysteries to solve, cool items to find, games to play and ghosts to collect, this LEGO Hidden Side set offers kids a whole new way to play and interact with building bricks! El Fuego's truck has working rear suspension, so kids can try cool stunts and jumps. Or they can join hero Jack Davids and his ghost dog figure, Spencer, on the back of the truck, using the toy cannon to de-haunt the two bikers riding on their 3-wheel motorcycle chopper. There's simply no limit to the creative play possibilities.