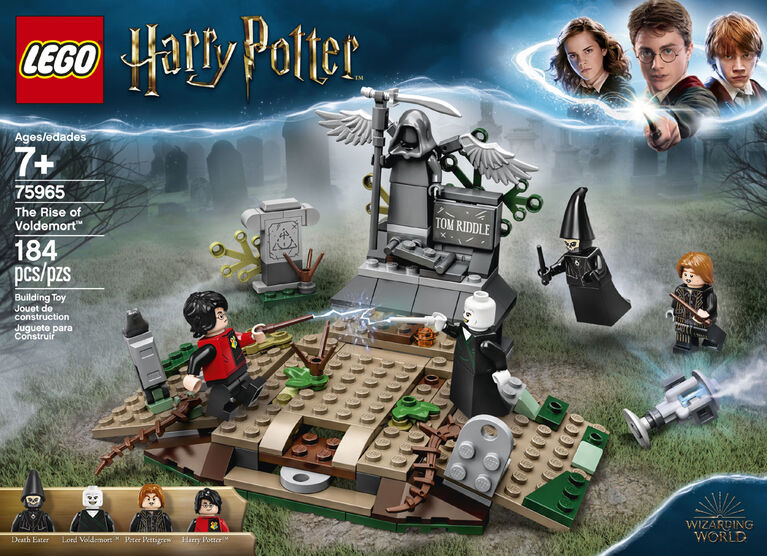 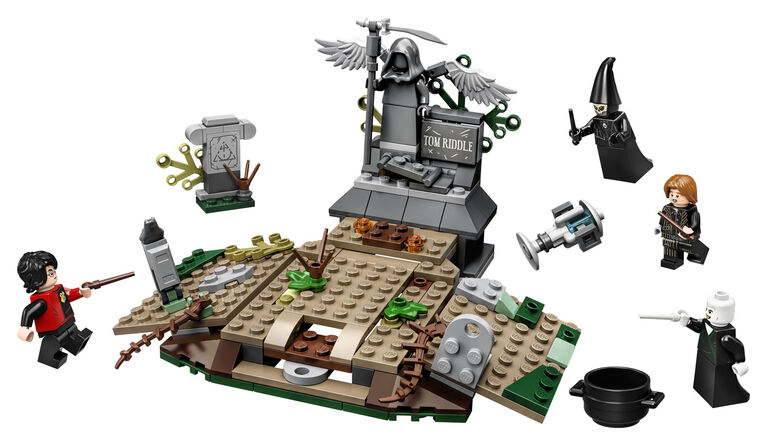 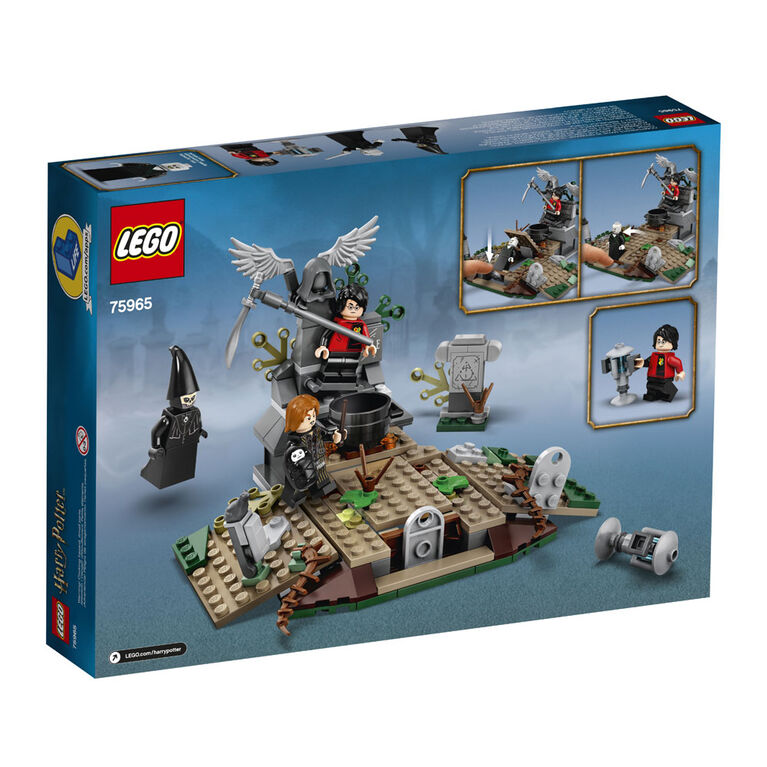 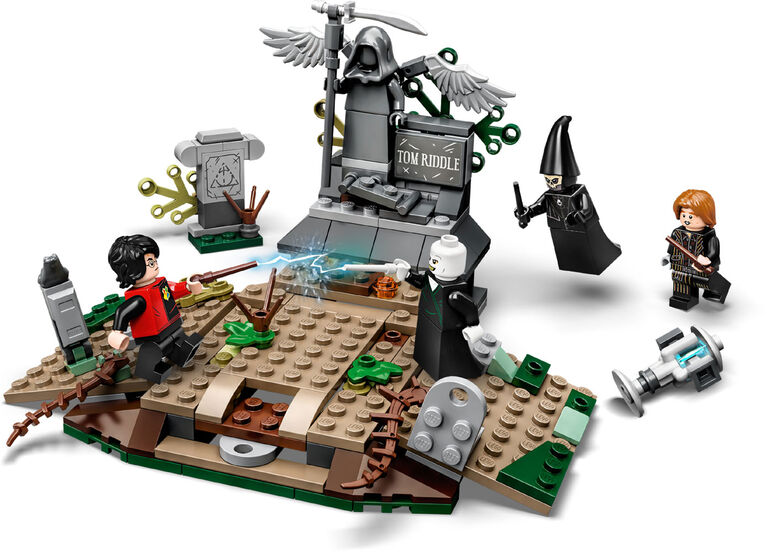 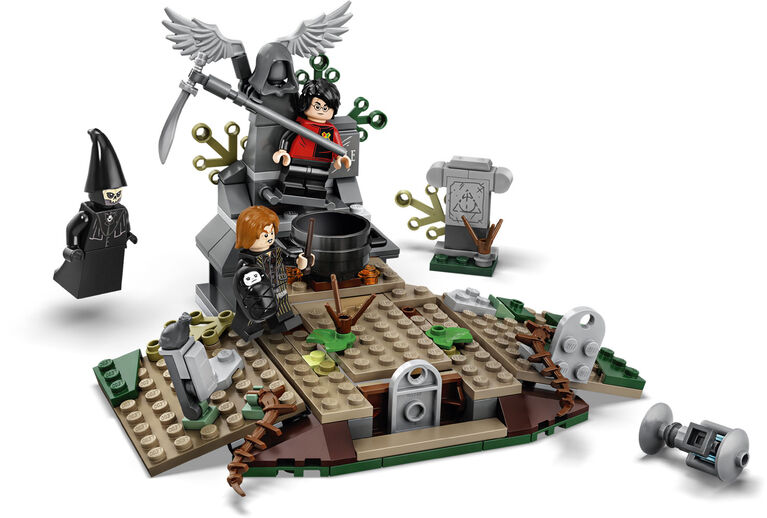 There's magic, adventure and action with LEGO Harry Potter 75965 The Rise of Voldemort. In this iconic scene from Harry Potter and the Goblet of Fire, Harry is trapped on Tom Riddle's tombstone in a spooky graveyard while the deceitful Peter Pettigrew mixes a potion. Voldemort magically appears with the pull of a brick lever and summons a Death Eater. After releasing Harry from the tombstone, they start to duel. This awesome gift for kids is full of spells, surprises and spectacular battles—so young witches and wizards will need all their Defense Against the Dark Arts skills to help Harry escape!