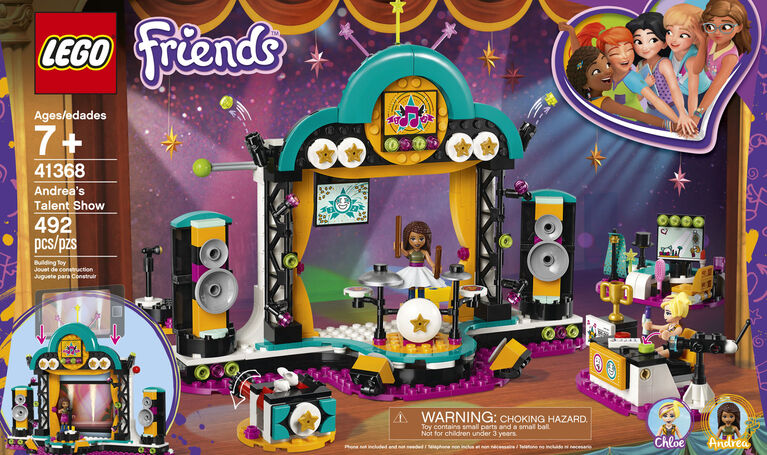 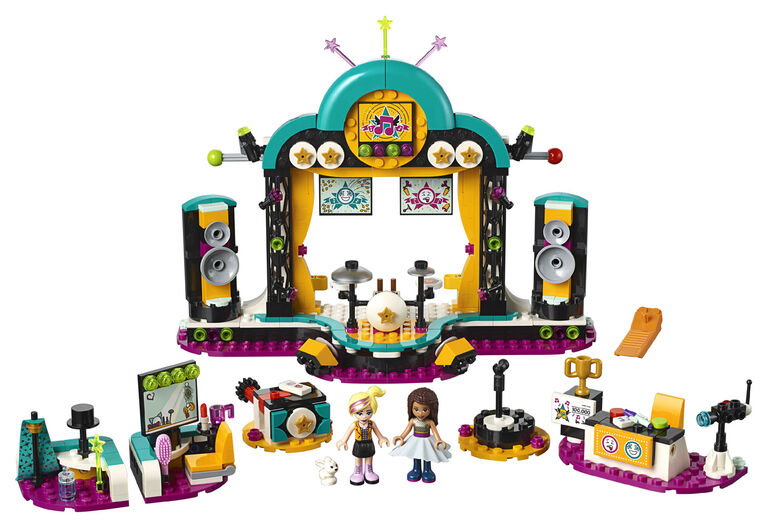 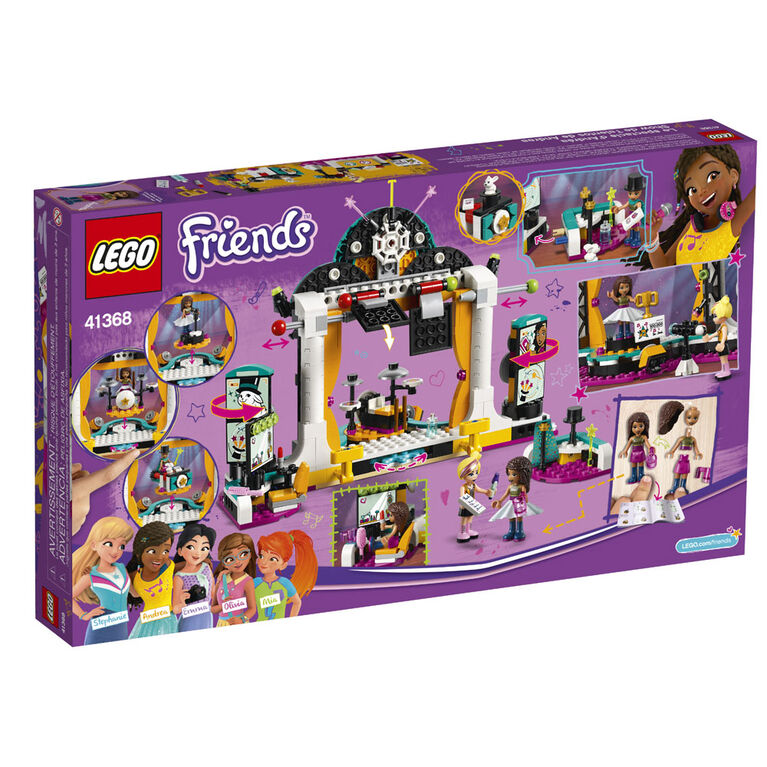 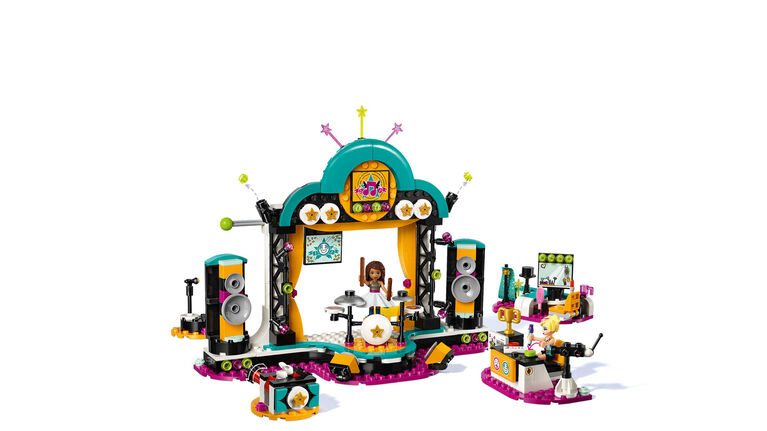 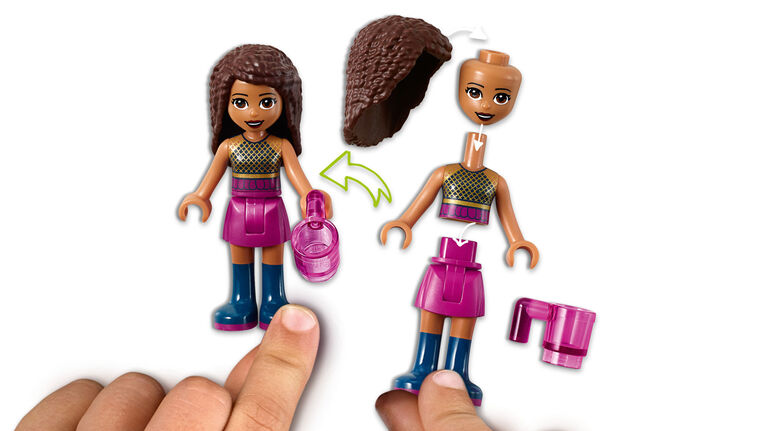 It's showtime with LEGO Friends 41368 Andrea's Talent Show This set features 3 different rotating stage sets for hours of creative play displaying Andrea's talents Get her ready in the dressing room, then on stage, help her sing, play drums or perform magic—twist the knob on the clever box to make a bunny appear! The 2 speakers at the side of the stage rotate to reveal big screens Enhance the play further by placing your cell phone on the stand and playing a video or music to provide a backdrop for Andrea—2 yellow clips behind the stage secure the device Help Chloe use the red and green buttons on the judge's desk to say what she thinks of the talent show acts, and make the flags drop down above the stage to reveal her reaction Then use the firework functions to celebrate the results of the LEGO talent show Includes 2 mini-doll figures: Andrea and Chloe, plus a rabbit figure