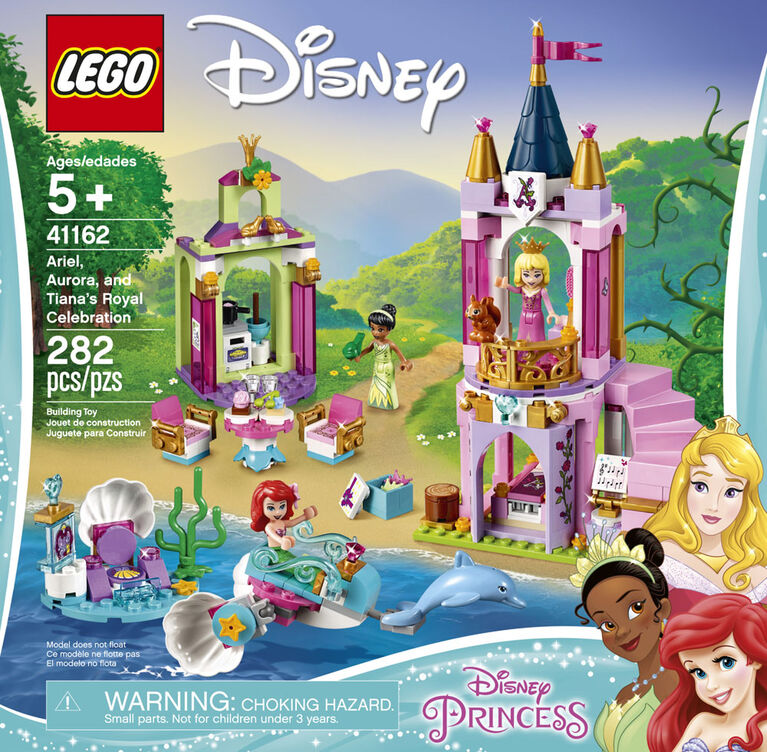 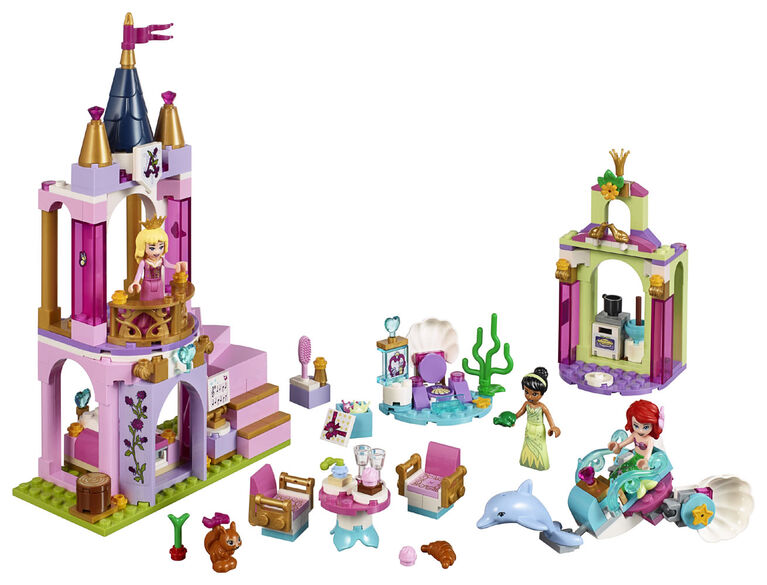 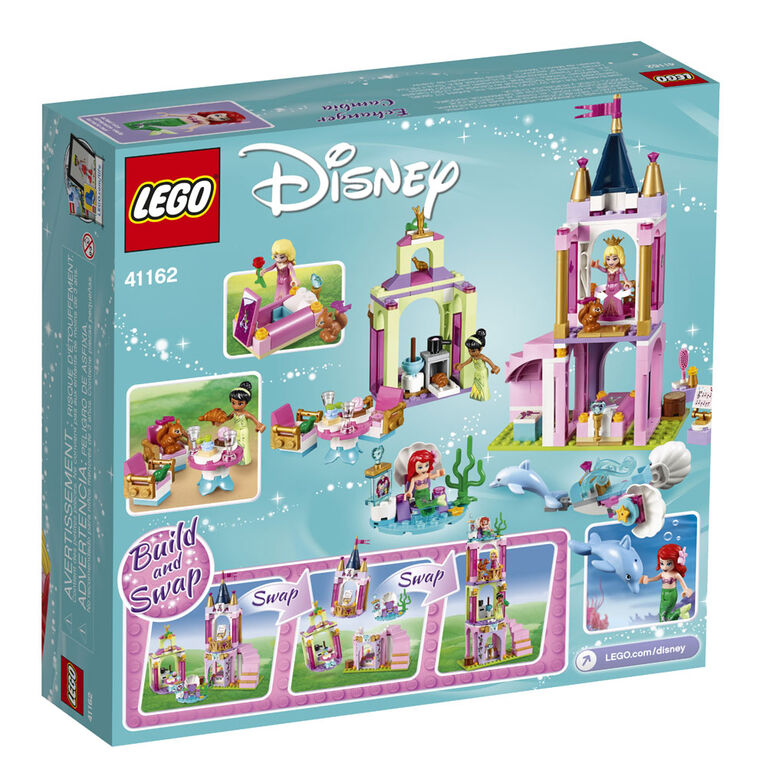 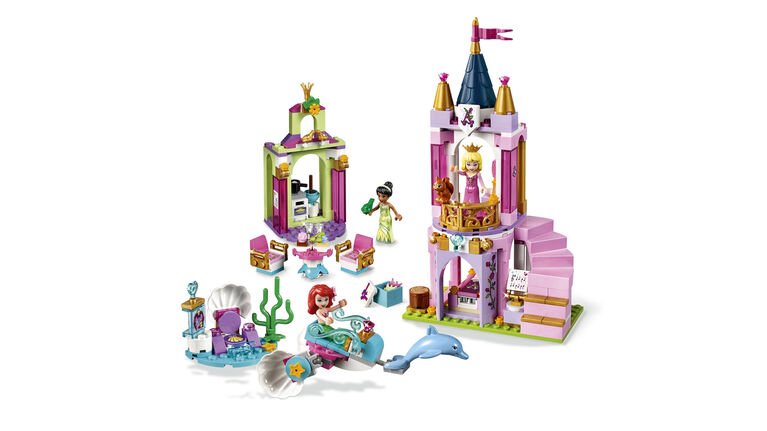 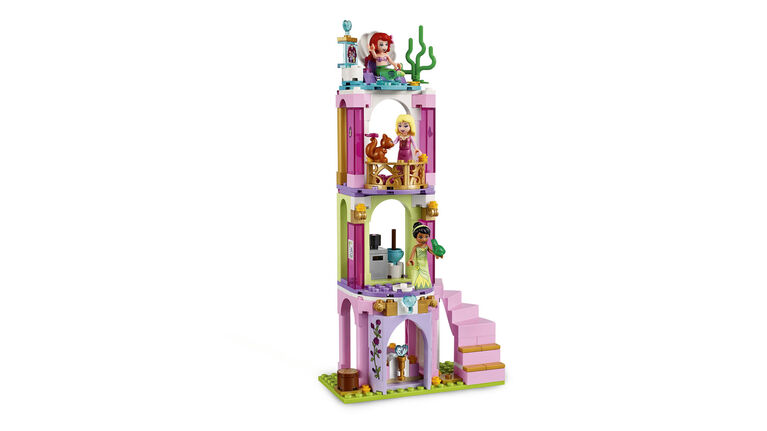 LEGO l Disney 41162 Ariel, Aurora and Tiana's Royal Celebration is a special set with 3 iconic Disney Princesses marking 3 important Disney anniversaries: the 60th Anniversary of Disney's Sleeping Beauty, the 30th Anniversary of Disney's The Little Mermaid and the 10th Anniversary of Disney's The Princess and the Frog It includes a small princess castle tower with spiral stairs to Aurora's bedroom and balcony with rotating dancefloor, Ariel's clamshell throne and dolphin carriage, and Tiana's restaurant with a small kitchen and dining area It's the perfect set for Disney Princess fans to set their imagination free using the modular design to easily move and swap sections within the set or integrate them with other compatible LEGO l Disney Princess sets to build their own dream creations