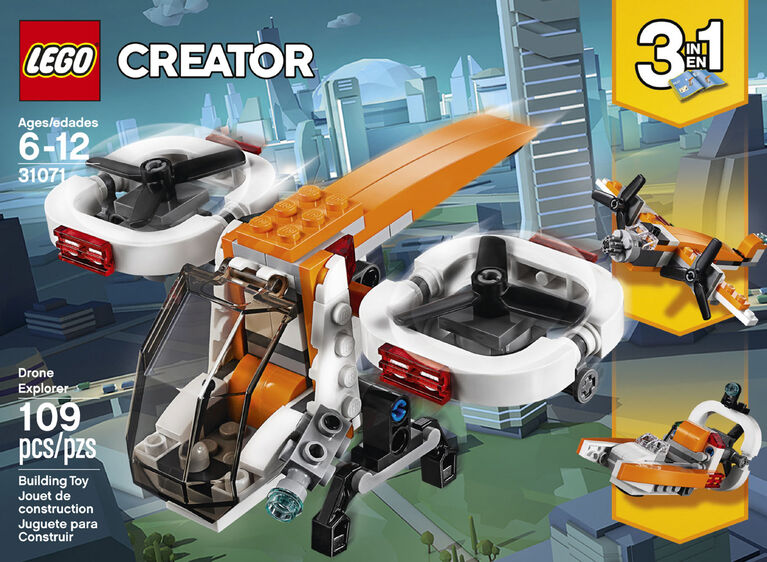 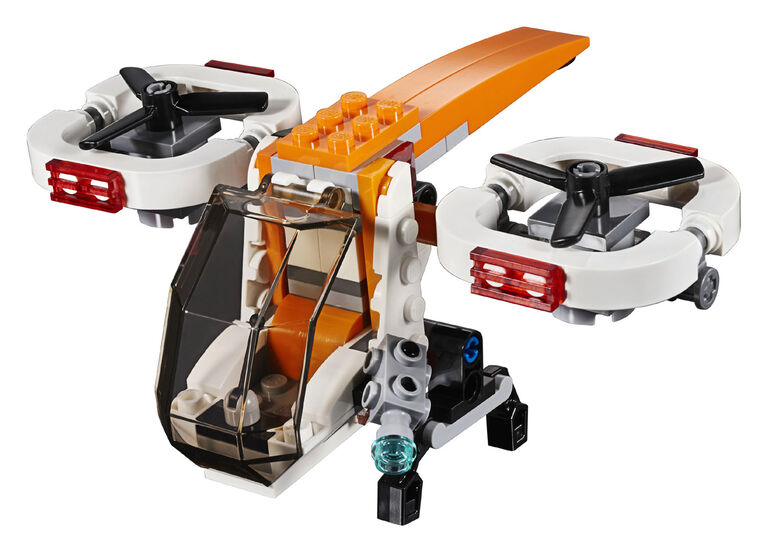 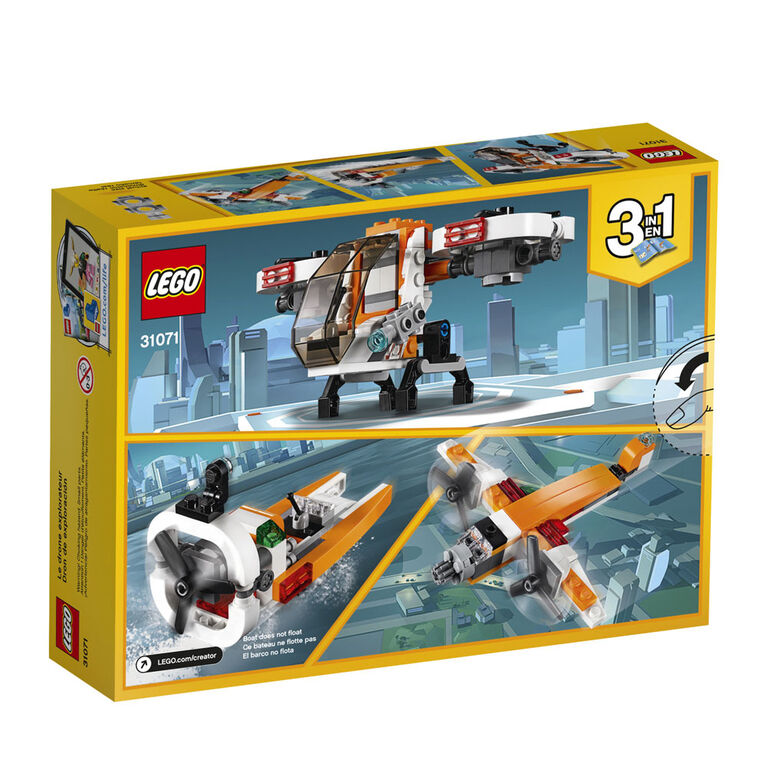 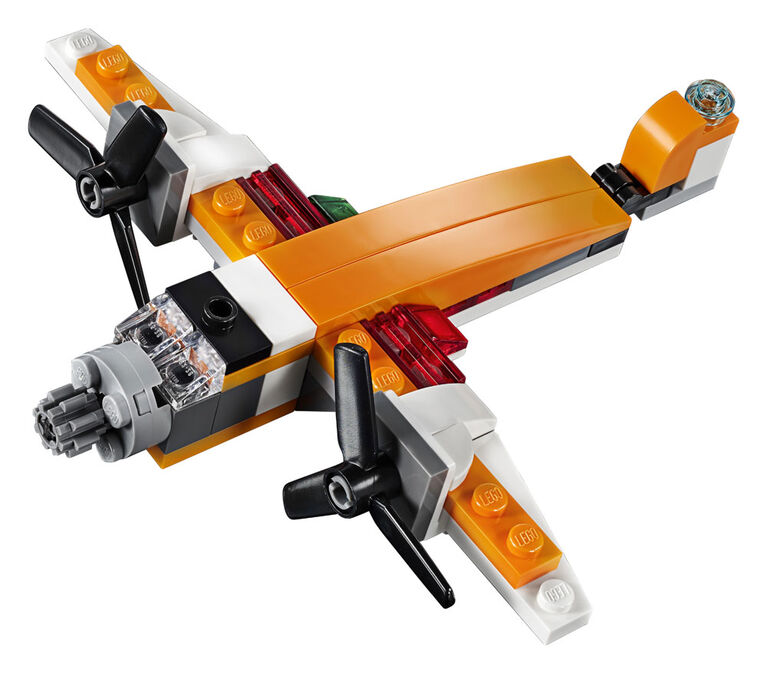 Carry out secret missions and explorations with the Drone Explorer, featuring an orange, white and black color scheme, and lots of realistic details, including twin rotors and posable cameras, plus a large opening cockpit and landing gear that doubles as a lifting claw. This 3-in-1 LEGO® Creator building toy rebuilds into a Swamp Boat or a Propeller Plane for even more action and adventure.