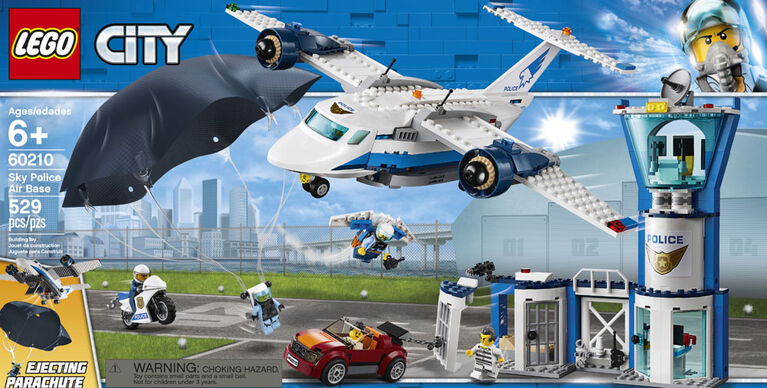 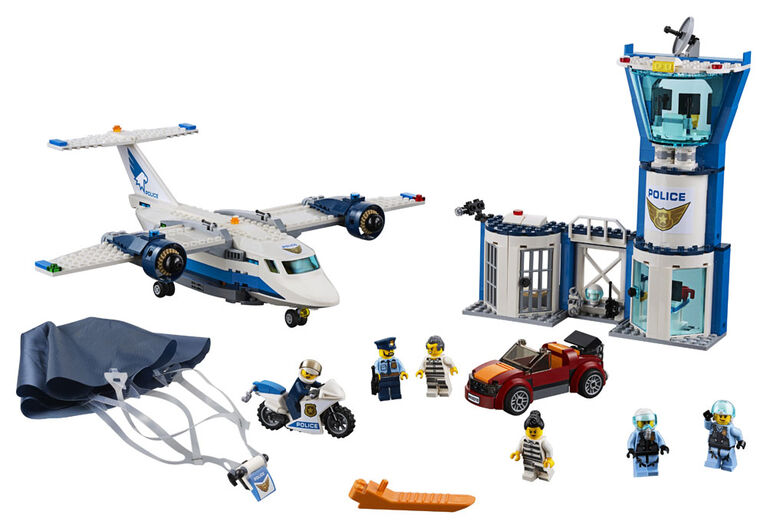 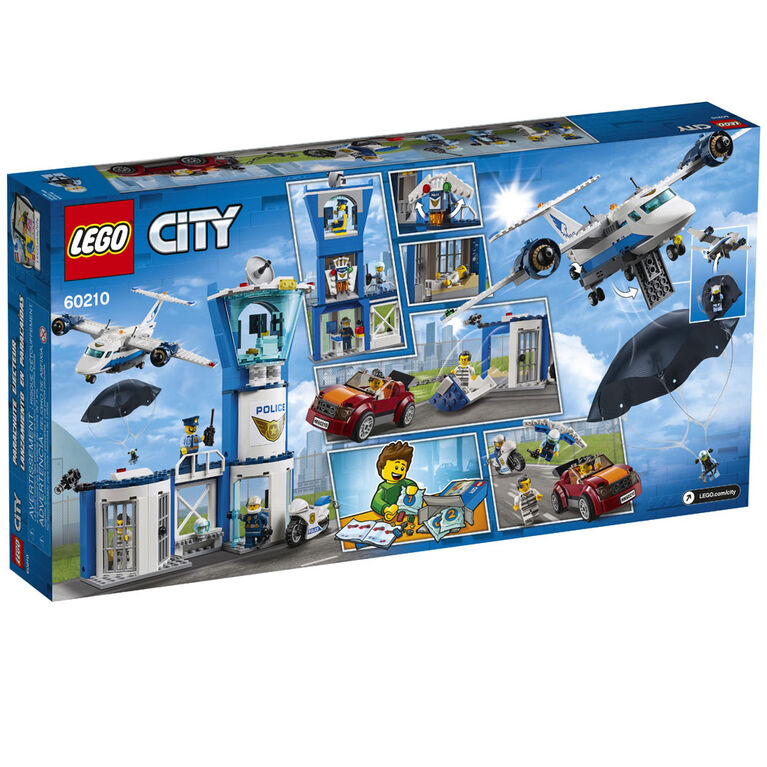 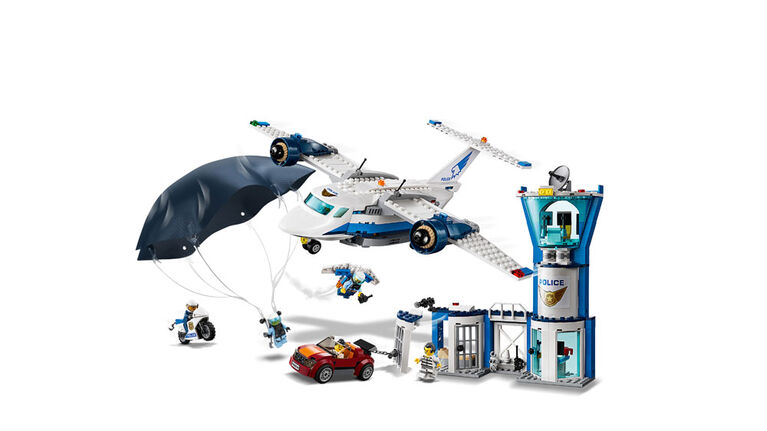 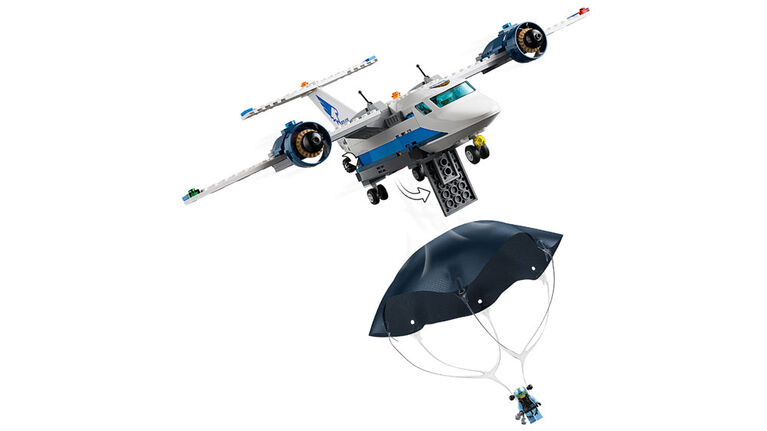 Patrol the LEGO City streets from above with the highly detailed 60210 Sky Police Air Base toy set, featuring a 3-level police station control tower with jetpack storage, office on the ground floor, attached tool storage area and a jail cell with bed and breakaway wall. This fantastic set also includes a police plane with removable nose cone and hatch underneath to drop the parachute toy, a jetpack with foldable wings, a police motorbike, a getaway car with chain and hook, and 6 minifigures.