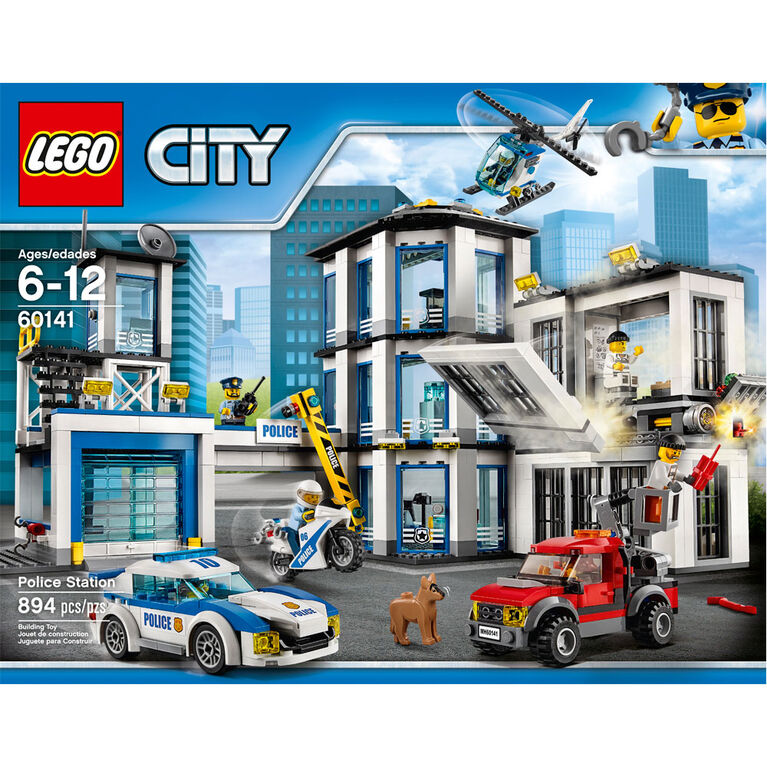 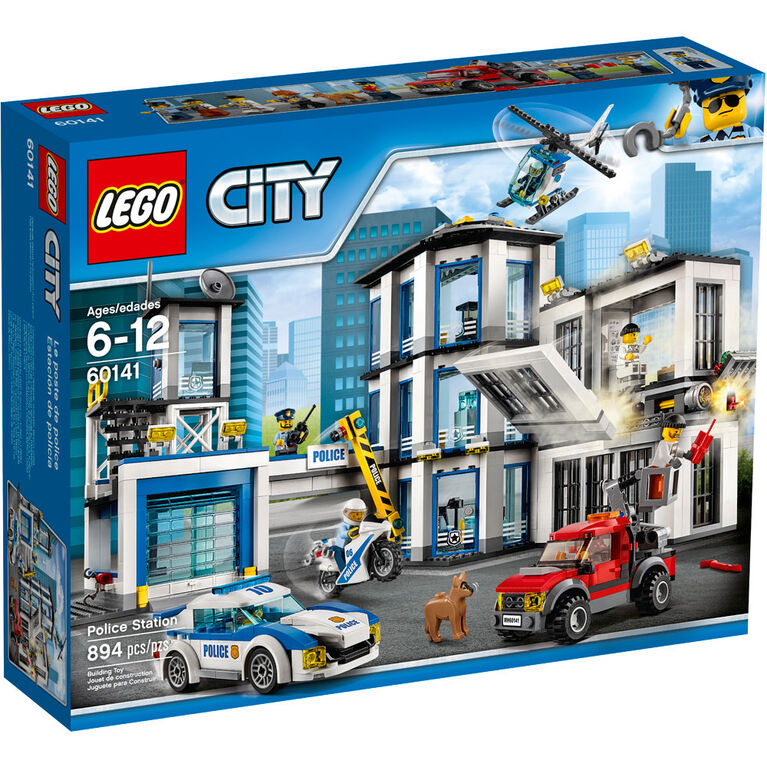 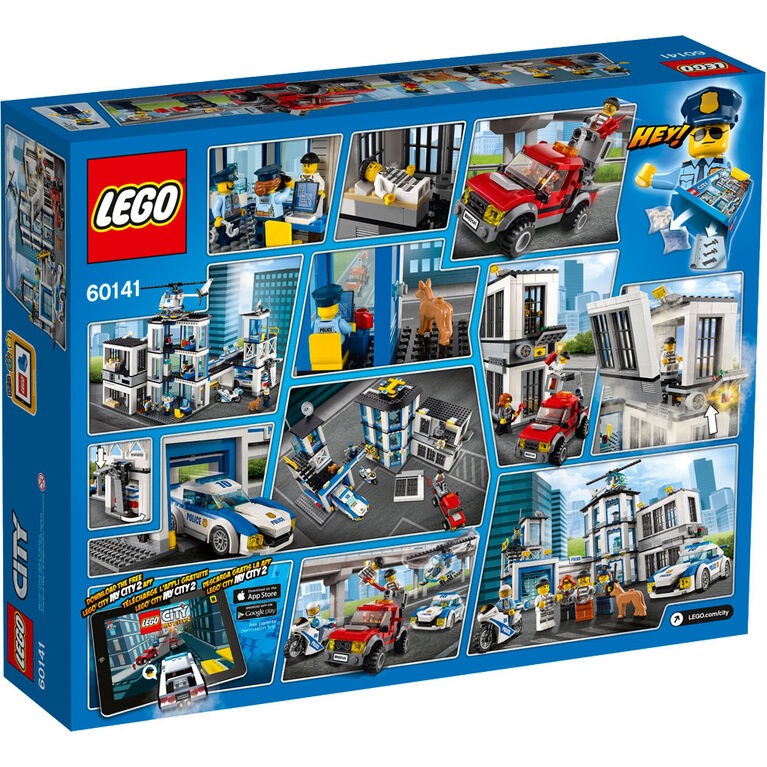 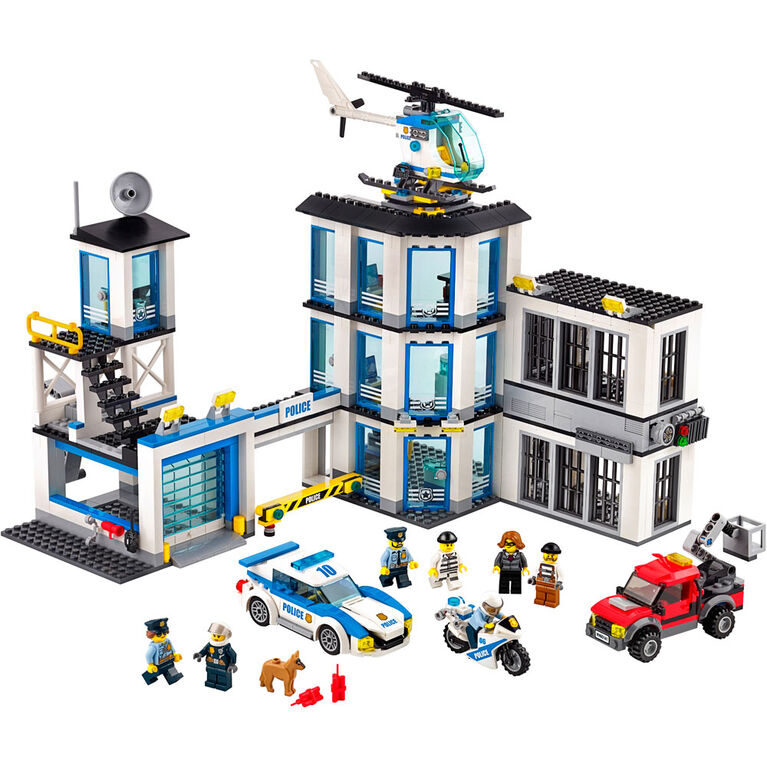 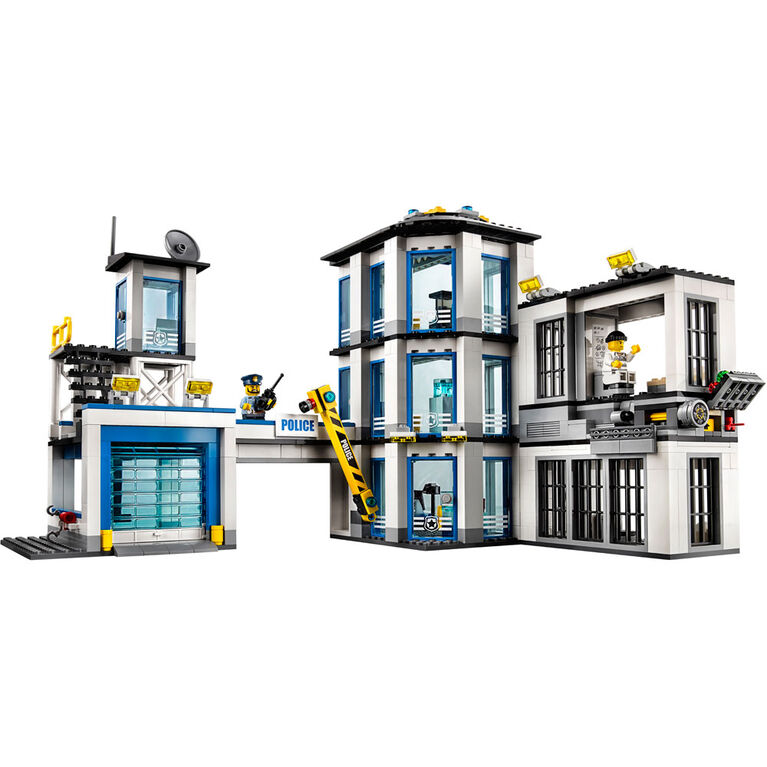 Throw the crooks back in jail after they break out!

Raise the alarm! The crooks are trying to break their buddy out of jail but they’ve caught him by surprise, on the toilet! Extend the cherry picker and stuff the dynamite in the vent, then move before it blows. Hold out the crowbar for the crook to grab onto, and then get out of there! Help the police go after the crooks’ truck with the pursuit car, motorbike and helicopter, and bring them all back to jail!

Be part of the action with the LEGO® City police as they try to keep the crooks in jail, featuring a three-level Police Station loaded with accessory elements, a jail cell with exploding wall function, watchtower, garage and offices, helicopter, police pursuit car and police motorbike, plus the crooks’ truck with rotating, extendable cherry picker. Includes seven minifigures plus a police dog figure.