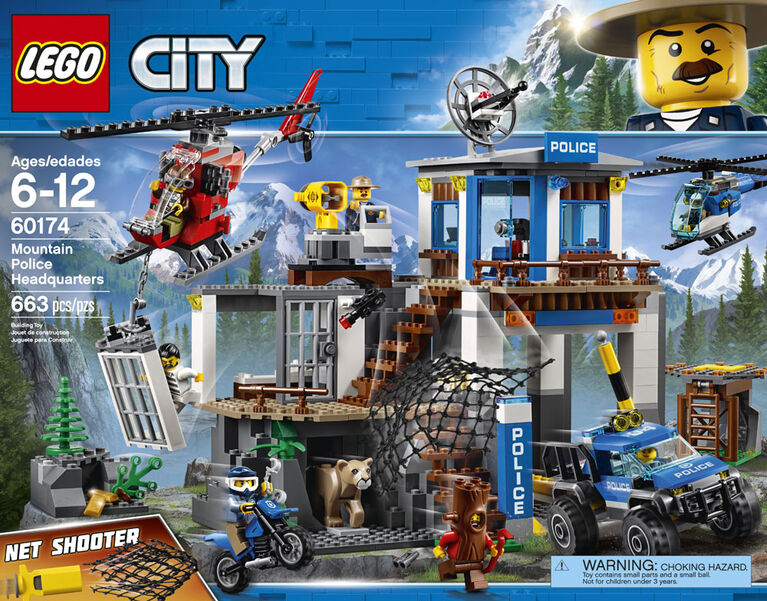 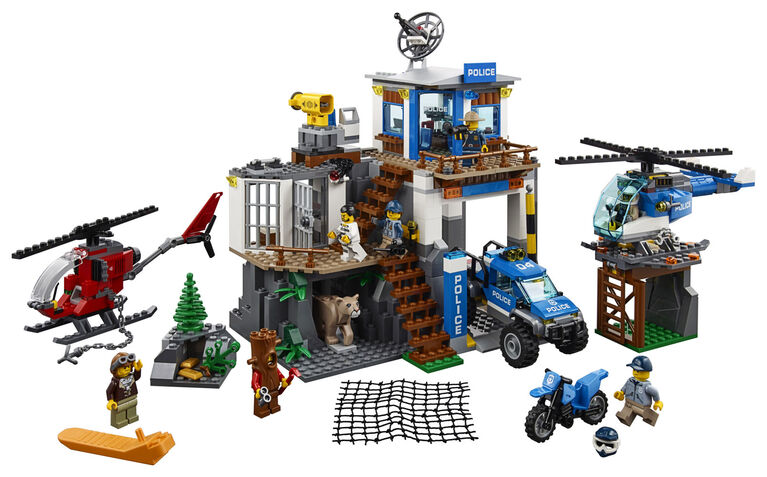 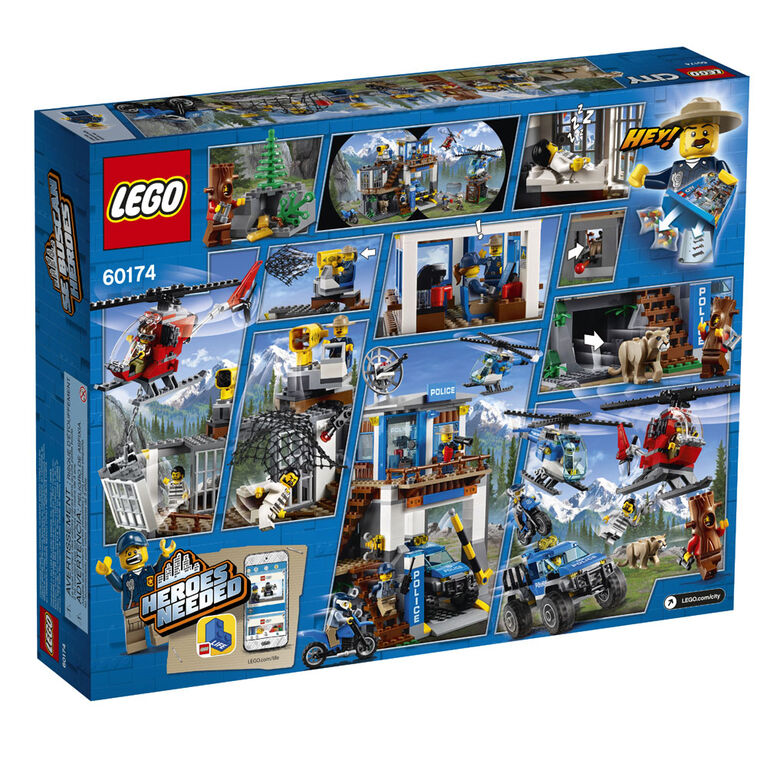 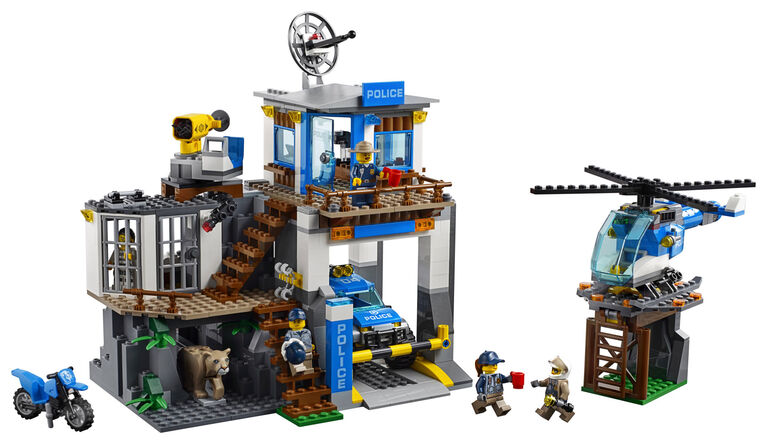 Pick up your badge and make an arresting visit to the LEGO® City Mountain Police Headquarters! This exciting set features a 2-level police headquarters with a net shooter on the roof, jail cell with breakout wall/door and a cave under the jail cell with a mountain lion pounce function. This cool toy for kids also includes a helipad with ladder, police helicopter with spinning rotors, crook helicopter with spinning rotors and chain with hook, police 4x4 and motocross bike. Includes 7 minifigures and a mountain lion figure.