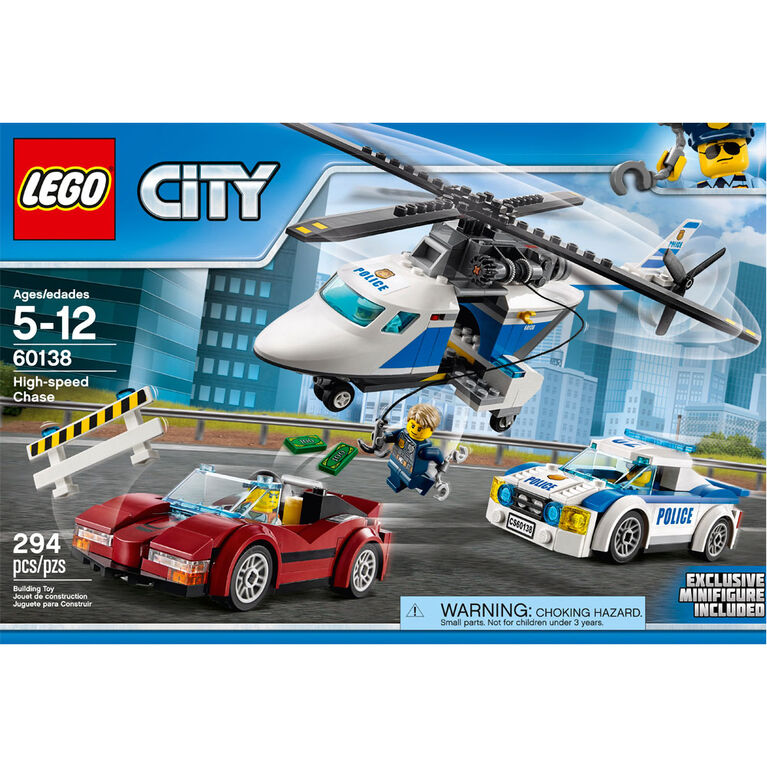 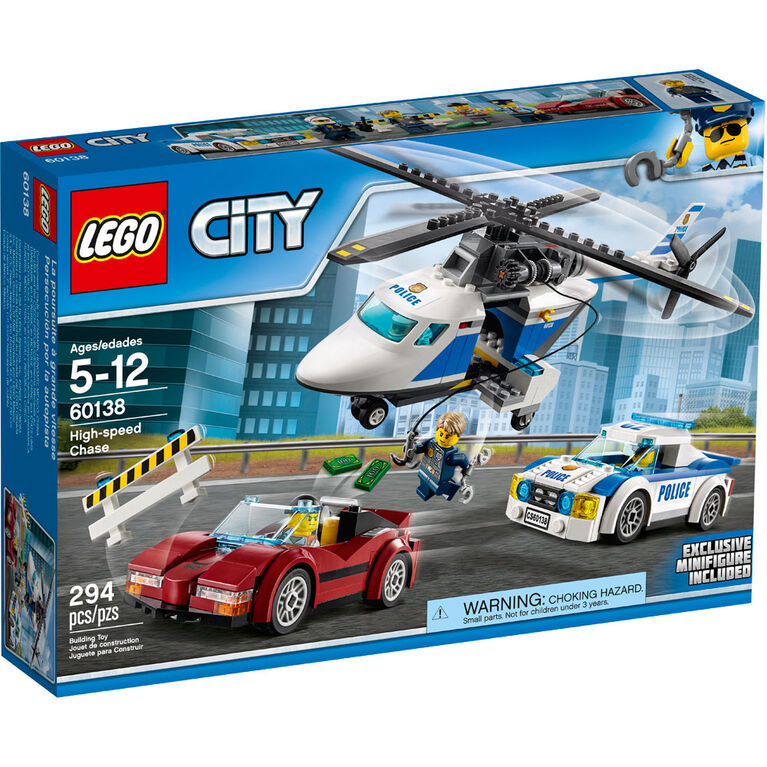 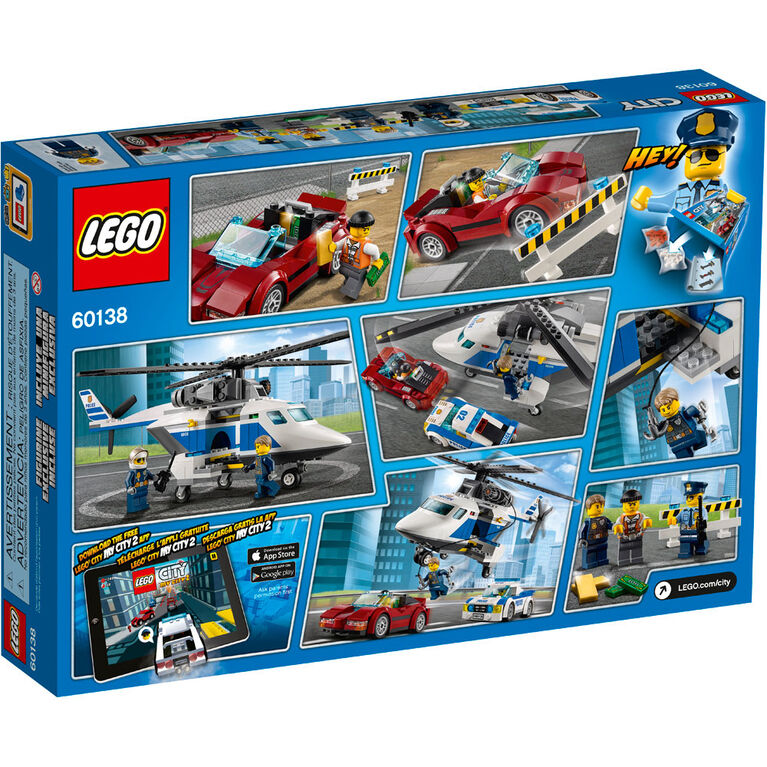 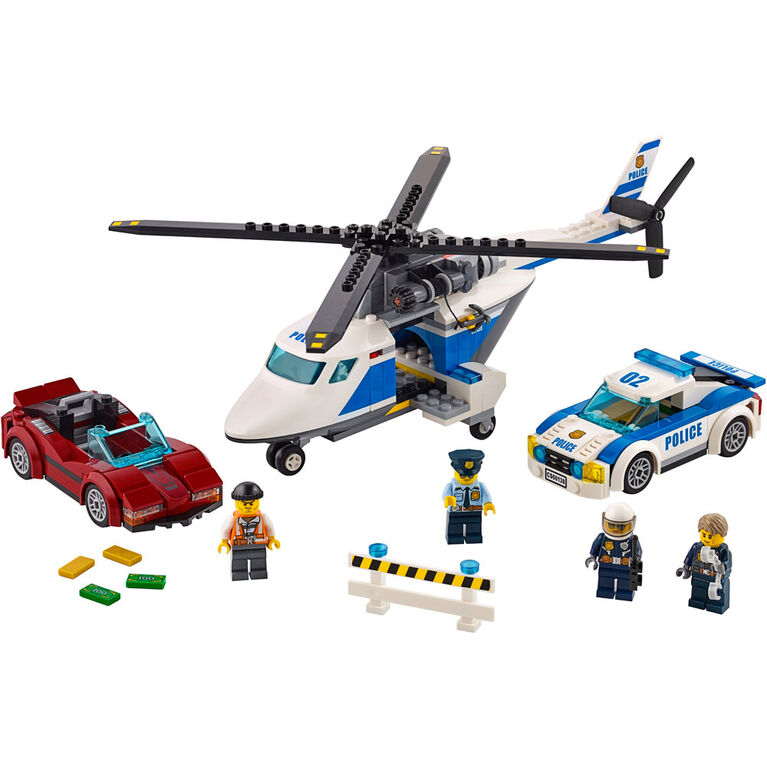 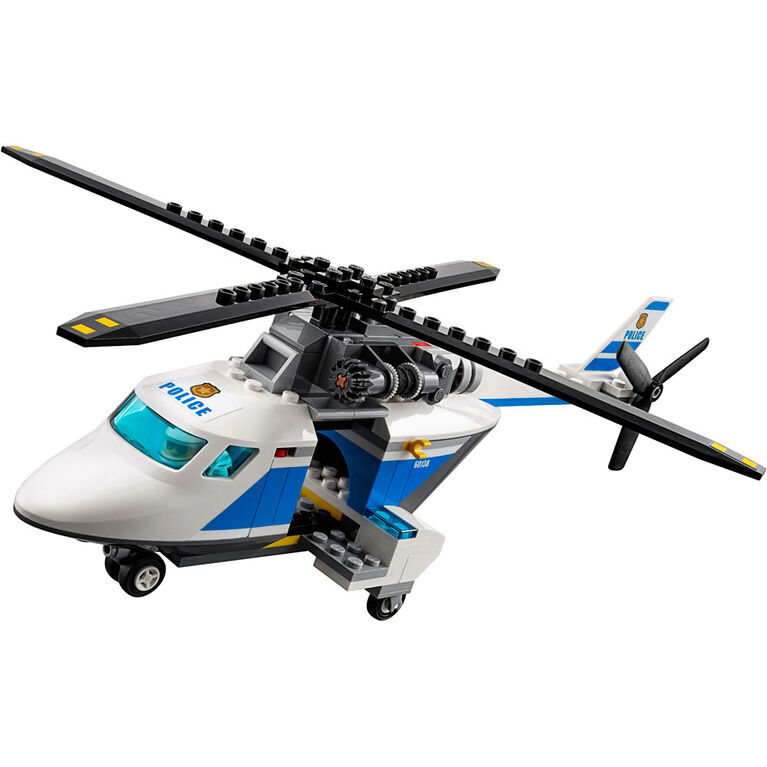 Help Chase McCain and the police nab the crook!

Red alert! The crook has stolen money and gold and is racing out of town in a stolen sports car. Hop in the police pursuit car and chase after him! If he's too fast, call in the police helicopter. Lower Chase McCain down using the winch and help him make the arrest! It's a thrilling day on the job with the LEGO City police!

Be part of the action with the LEGO City police as they call in Chase McCain to help stop the crook escaping with the loot in the stolen sports car. This set features a police helicopter with spinning rotors and a lowering winch with hook, police pursuit car, stolen sports car and a barrier. Includes four minifigures.