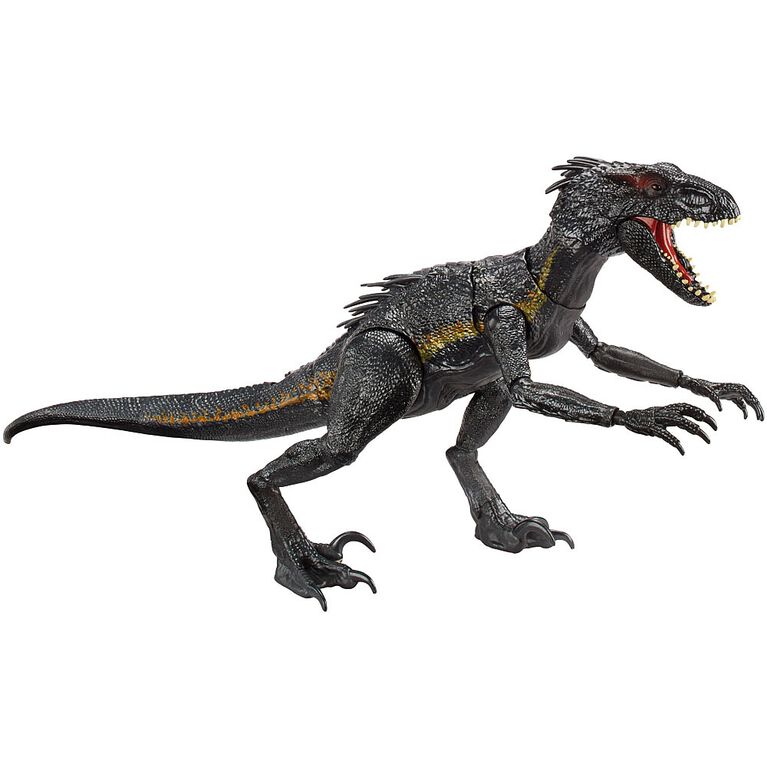 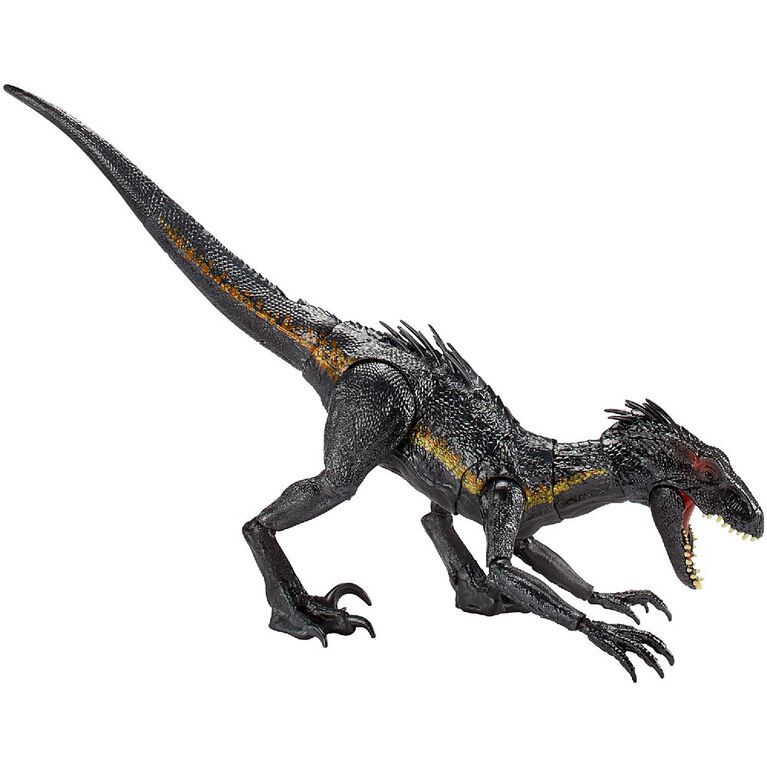 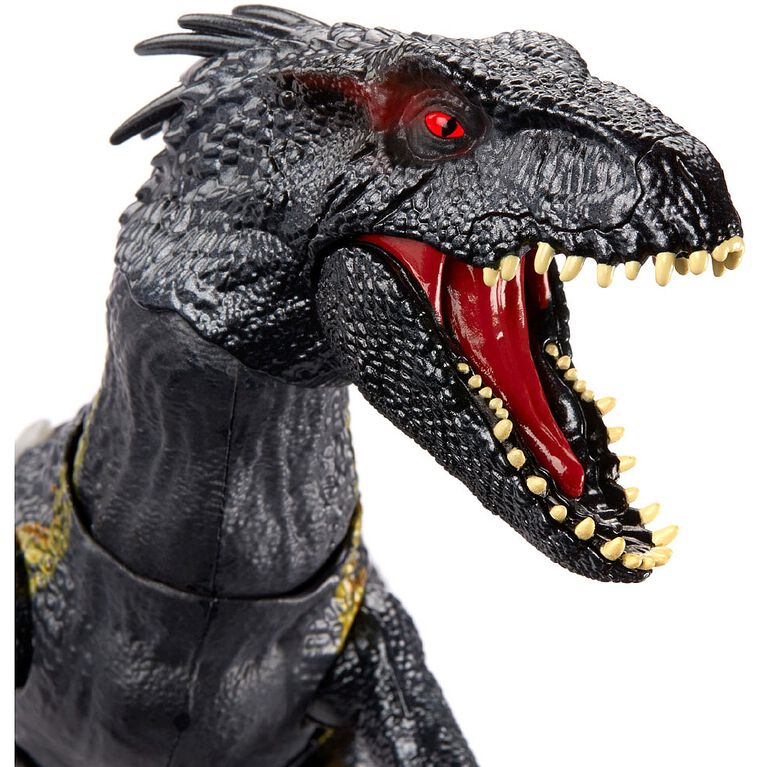 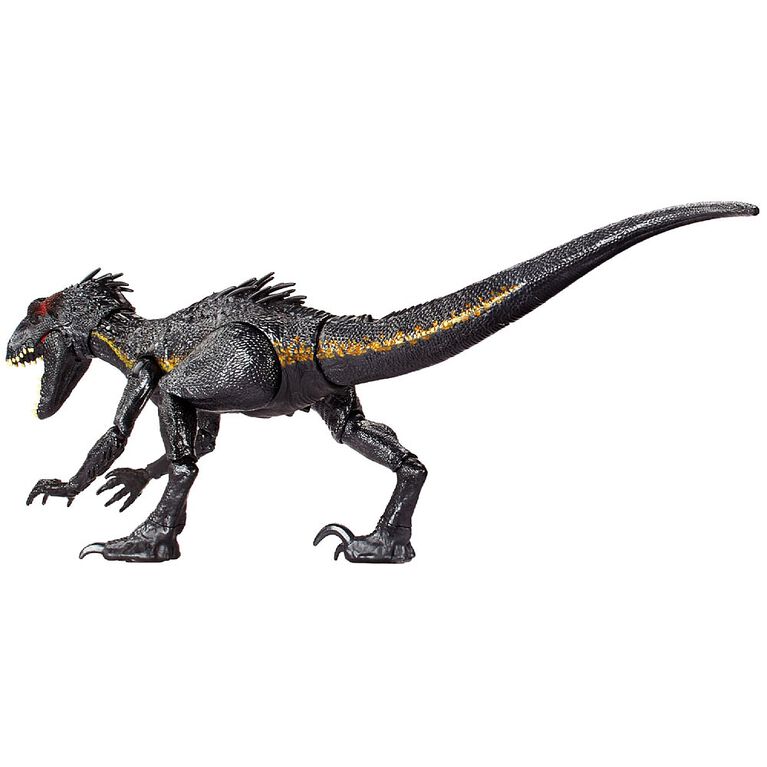 Get ready for thrilling action and adventure withJurassic World! When anIndoraptor escapes at Lockwood Estate, no man, woman, child, or animal will be safe during his hunt--especially with his night-vision capabilities! An abomination hybrid of the villainous Indominus Rex and the vicious Velociraptor, Indoraptor is the most terrifying and deadliest dinosaur ever masterminded--the latest brainchild of Dr. Wu. Inspired by the film, Grab 'n Growl Indoraptor wreaks havoc and fear with his mere presence. His ominous features include red eyes that light up and glow, slick black scales, long arms with dagger-like claws and extra articulation that he will use to catch anyone that crosses him. And watch out for his huge terrifying SCREECH and realistic dinosaur sound effects! To activate, slide the switch located on the tail for grabbing action and lights and sounds; push the button for chomping action and lights and sounds; and move the tail around for thrashing action! Act out ferocious battle scenes with Grab 'n Growl Indoraptor and relive all the exciting adventureand terrorof the movie!